Some guns, some tactics, some snark…some of it even good. That’s some of what you’ll find in the Saturday Night at the Movies film reviews from GunMag Warehouse. Interested in an example? Remember Anton Corbijn’s The American? Slooow it down and read this perspective of…

I do love me an anti-hero movie. From John Wick to The Dogs of War and The Way of The Gun, I’m going to continue this unofficial series with The American. Released in 2010, this film stars George Clooney as an off-the-books hitter/gunsmith laying low in the Italian Alps after a failed attempt on his life in the barrens of Scandinavia. 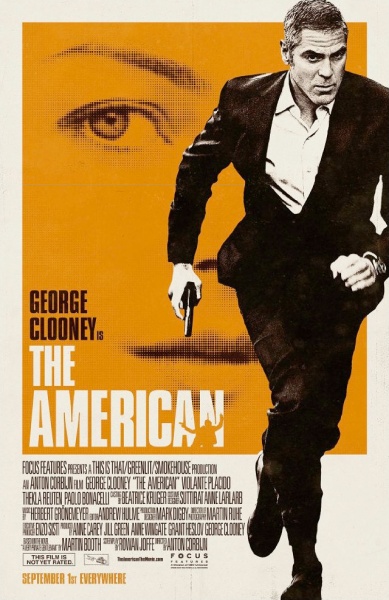 The American is directed by Anton Corbijn, who had previously helmed Control, the biopic about doomed Joy Division lead singer, Ian Curtis. At the time of its release, The American was seen as a departure for Clooney, though his role in Michael Clayton (2007) seems like a precursor to this role.

Control, while completely different from The American, shows that Corbijn also has an interest in anti-heroes.

In this film, Clooney plays Jack (or Edward), a man cut from the same cloth as Christopher Walken’s Jamie Shannon of The Dogs of War (who took the Slow Boat to Zangaro). This is all to say that The American is as much a character study as a thriller.

Well, it’s not actually thrilling but I would offer that it is enthralling. Or at least intriguing.

If I can nail this down a bit more, Jack/Edward is also of that same monastic archetype as Robert DeNiro’s character, Neil McCauley, in Heat. In all three films, we have an anti-hero devoted to their job/calling, but also with deep desires for some sort of emotional connection.

If Capital “A” action and completely accurate gun handling/terminology is your thing — or if you’re one of those who get their bowels in an uproar about poor trigger discipline — this ain’t your film… but it should be. Many are the beautifully framed shots of Clooney sitting at cafes, doing push-ups, looking vaguely concerned.

Corbijn was a still and video photographer (famous for his work with rock bands such as U2 and Depeche Mode) before he turned to directing and it shows.

The American does contain many of the checkboxes you’d expect from a spook-type hitter film however: There are shocking kills, car chases, weapons tests, covert meetings, and foot chases in narrow alleys. The difference is pacing and the lack of clutter. Between these genre elements, things slow way down, and even the score is kept minimal.

The other defining element of this film is time and place. The American goes to great lengths to recapture a feel from 70’s thrillers. The Guardian’s Peter Bradshaw described it as “Frederick Forsyth with a dash of Graham Greene”.

Clooney here seems to be trying his level best to channel Edward Fox, who played the lead in the 1973 adaptation of Forsythe’s, The Day of The Jackal.

And that’s a film to which The American is greatly and happily indebted.

The small Italian town where much of the film takes place is also frozen in the mid-20th century. In some ways, you would often be hard pressed to define the decade of this film. It goes so far as to offer a heavy-handed, but effective metaphor: As Jack/Edward drives towards the town, he tosses his cellphone off a bridge and into a gorge, thereby leaving the modern world behind.

While laying low, his enigmatic handler gives him a job “your last job” to build a customized and suppressed rifle for a client named Mathilde — another hitter who is as taciturn as Jack (most everyone in this film is enigmatic and/or taciturn). Their initial meet is at a café, where the conversation goes like this:

The choice of folding stock Ruger Mini-14 to meet her needs makes plenty of sense. But it’s also a part of the “classic” aesthetic found throughout the film. If you’re interested in a fashion reading of the film, check out BAMF Style. Maybe it’s the wood stock and the M-14 lineage, but even though the Mini-14 had its heyday in the 80s as an assault-style rifle/carbine, in the context of the film, it feels very much a 70s rifle (it hit the market in ’73).

Good amounts of celluloid are devoted to gunsmithing. A particularly enjoyable scene has Jack constructing the suppressor from leftover car parts, timed to the bells of the town’s cathedral. And while the film is officially about professional killers, its philosophical heart lies squarely in the quiet scenes of Jack customizing the Ruger in his spartan apartment.

It is easy to see these long takes depicting a man devoted to his work. But given various cues throughout (especially after the opening scene — which I’ll not go into here), and the central role of a priest, it is an obvious reading to believe that Jack is giving good long thought to what brought him to the place he finds himself and to whether he and the people circling him, will allow him an exit.

Check out the entire Saturday Night at the Movies series, from GunMag Warehouse.

But wait — a post-credit surprise!

• A 7.65mm Walther PPK, both suppressed and unsuppressed

• A Colt Single Action Army revolver. Nobody in the movie carries one – it appears in the hands of Once Upon a Time in the West‘s “Frank” (Henry Fonda) on a television in a diner.

There are other weapons featured in the film, but those are the most interesting…

About the Author: Scott Waters escaped the North of England as a child and has lived in the occasionally frozen/occasionally fecund land of Canada since then. An epigrammatically jocose former Canadian Infantry soldier who got himself some “higher education”, he became an artist and writer. These days he does some work with aid groups, dips his toes in the Army while continuing to dip his toes in art and writing. As you can see, there is a general “toe-dipping” theme. @militaryart_swaters. 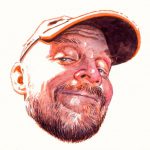