A while back we shared with you a photo series that the Old Time Design Company did in commemoration of the British paratroopers at Arnhem during Operation Market-Garden. Recently they turned their attention to a study of the formation and equipping of Britain parachute troops during the early years of the war… 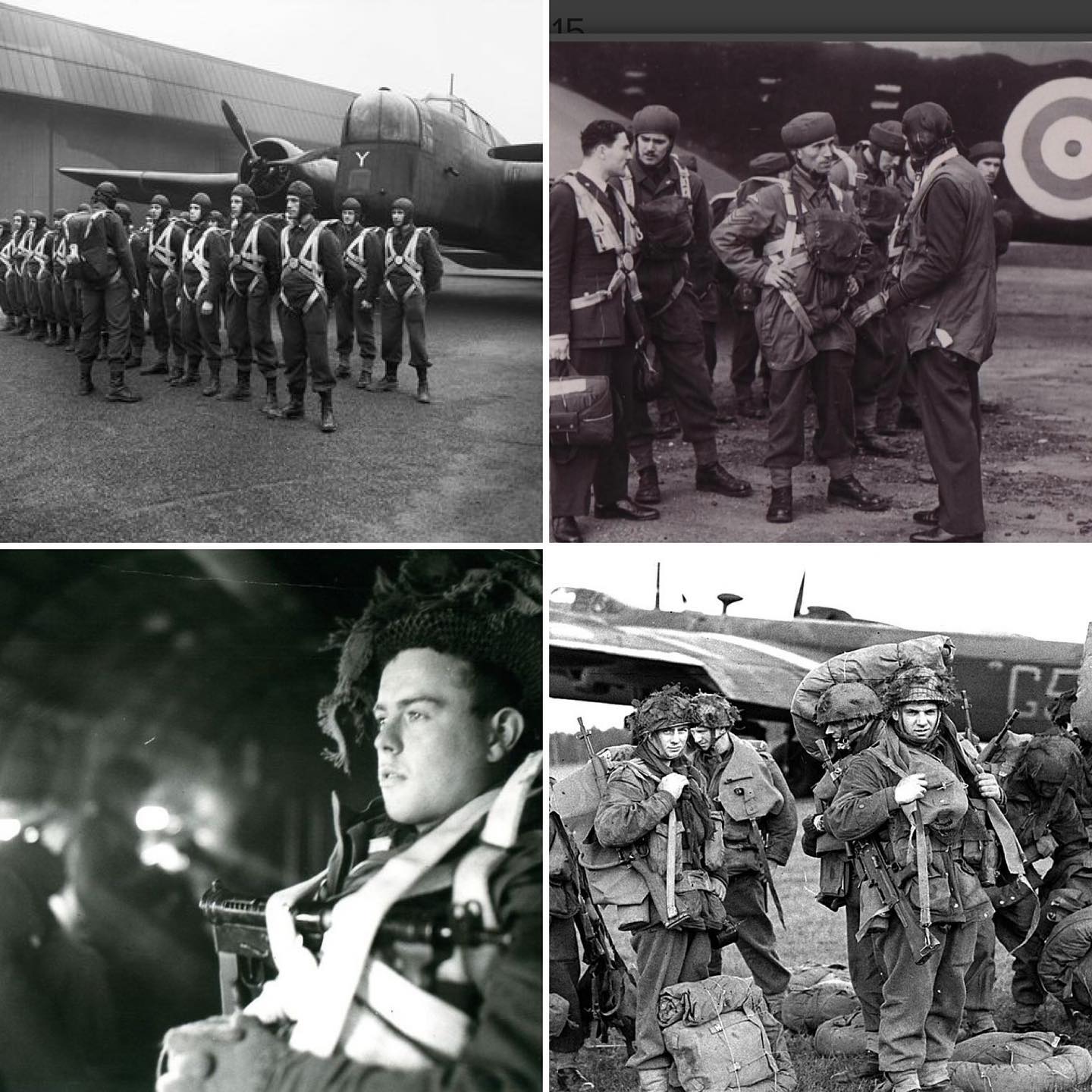 On July 21st 1940 No2 Commando arrived at No1 Parachute Training School now better known as Manchester Airport.  The equipment at the time was very primitive and consisted of a simple leather flying helmet and standard Army battledress.

By November 1940 training had advanced and the name of the new Parachute unit was changed to No 11 Special Air Service Battalion. During this time the War Office had been working on specialist clothing for its new Paratroopers and had copied some German Fallschirmjäger equipment. 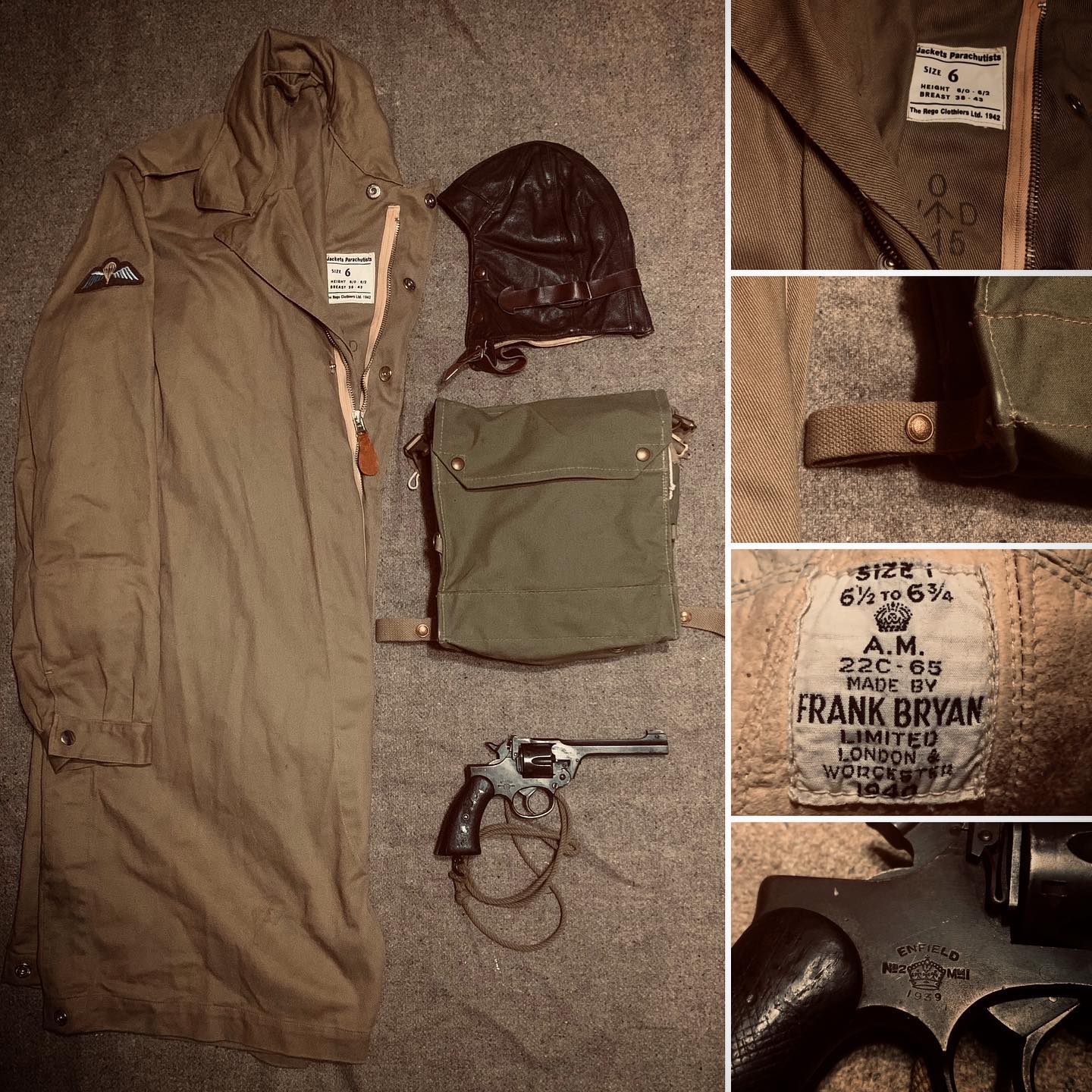 By late 1940 the German style side lacing boots and Step in Parachutist Smocks had started to appear within the ranks of this new fighting force.  The manufactures of the X Type Parachute harness G.Q Limited had started to award new Paratroopers with a small enamel badge which is often seen worn above the left breast pocket of the Battledress. 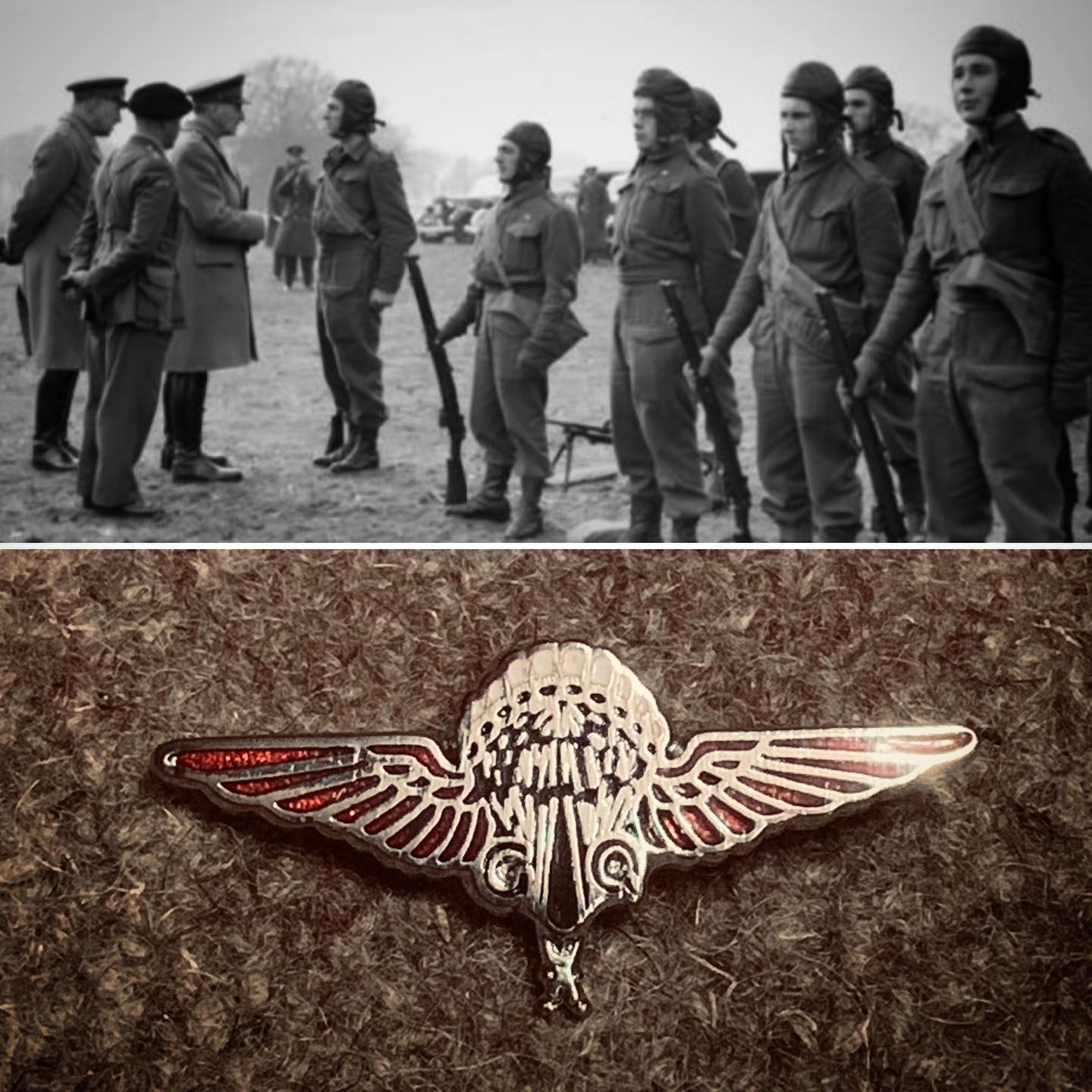 On the 20th of December the famous Parachute Wing of the Paratrooper was granted Royal Approval by King George the VI and finally the new force had its identity.

By Early 1941 the new force after many months of intense training was ready to for action and on the Night of the 10th & 11th of February the British Army launched its first ever Airborne assault.

The Uniforms and Equipment you see in Part I of this study are typical of that worn by members of X Troop of No 11th Special Air Service Battalion during Operation Colossus. 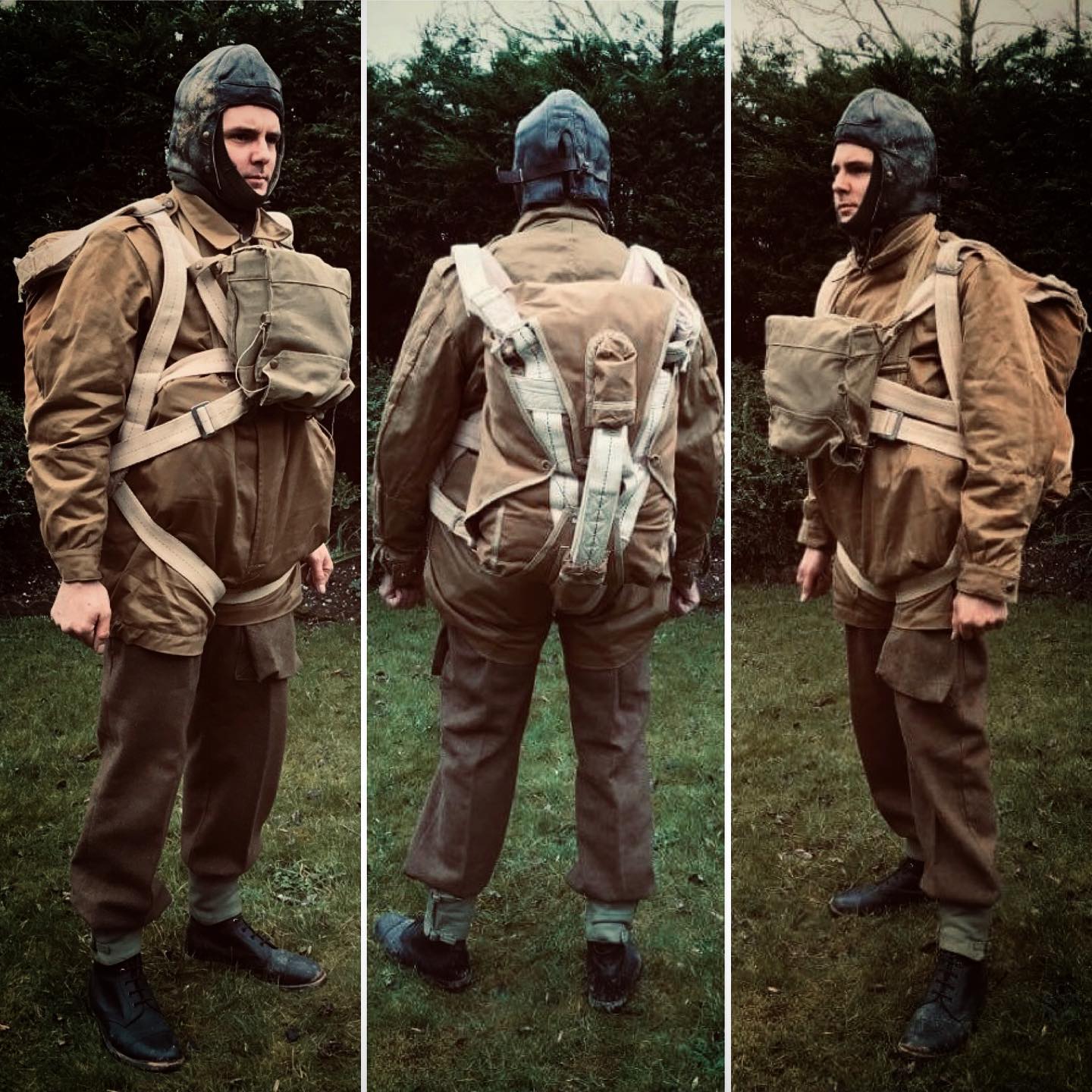 This Paratrooper is seen wearing a Mk1 X Type Parachute Harness with RAF B type flying helmet, on his chest he wears the modified MkVI respirator which would be removed for the actual Operation. 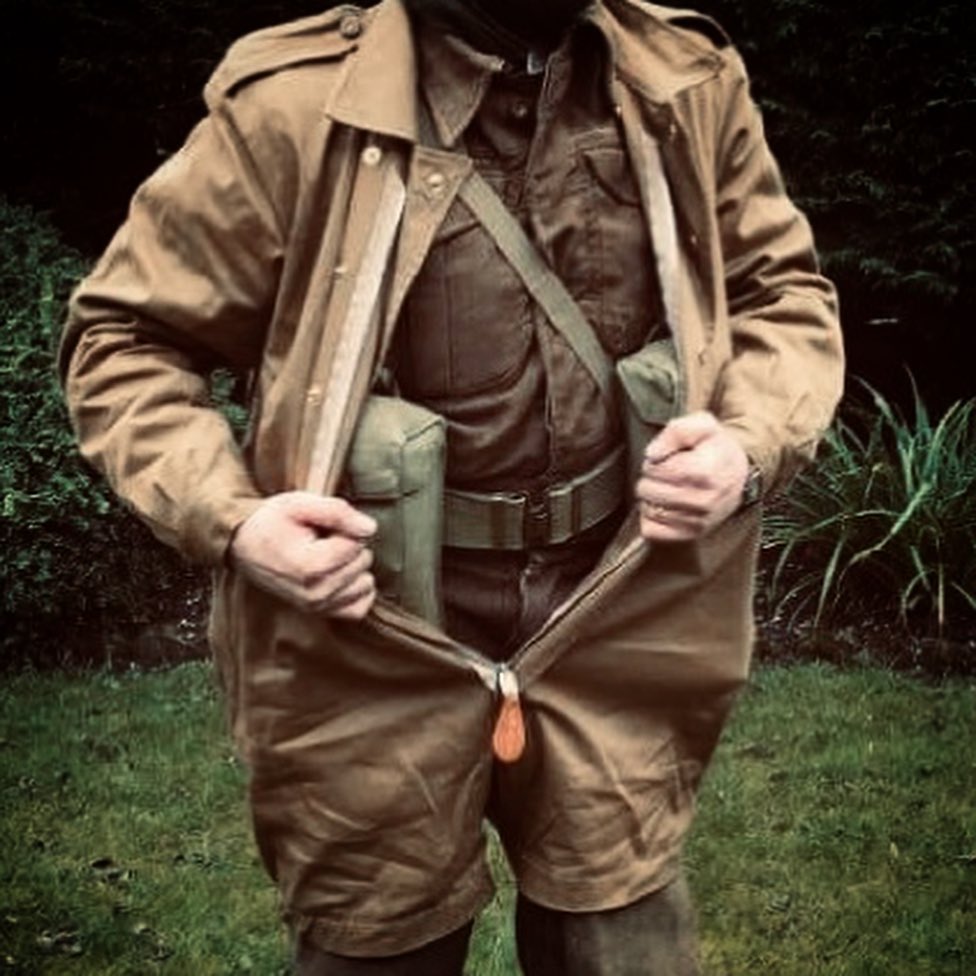 Under the Parachute harness he wears the Parachutist Step in smock which covers his standard 1937 Pattern web equipment. This should be discarded on the Drop Zone but many men chose to keep this for extra warmth.  Below his Parachutist Smock he wears the standard battledress Blouse and Special adapted first pattern Parachutist Trousers. He is armed with a Thompson Sub Machine gun & .38 Enfield revolver. 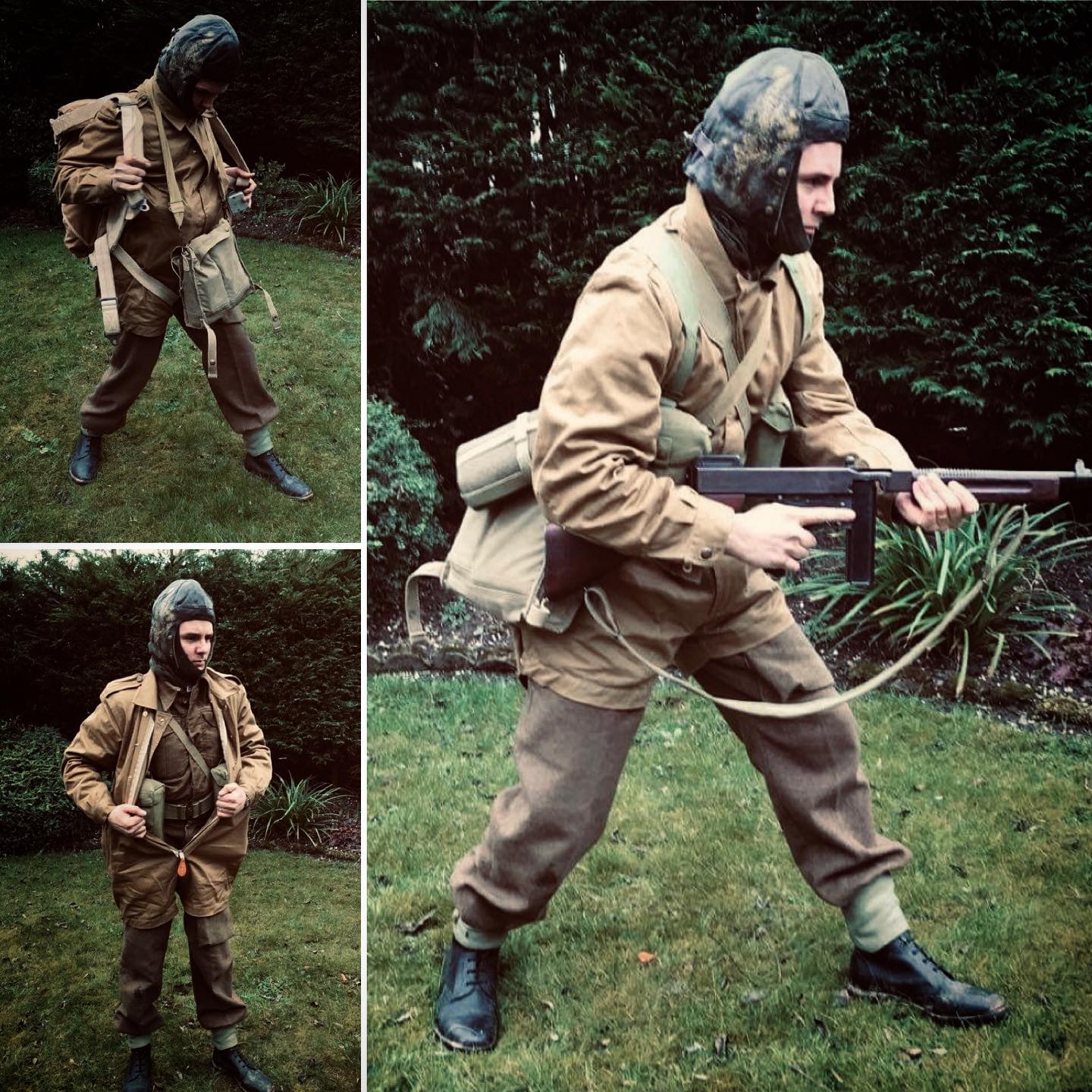 After Operation Colossus in February 1941 the War Office had seen that the concept of this new Airborne force worked and the decision was made to expand at a great speed.

In August 1941 another name chance came for 11st S.A.S this time to the 1st Parachute Battalion. This Battalion had a new home around 50 miles from Ringway at Hardwick Hall in Derbyshire. Later to become the Depot of the Airborne Forces. In November the expansion was going very well and it was decided to form the first ever Airborne Division within the British Army under the command of “Boy” Browning. (It was General Browning who also introduced the famous maroon (‘red’) beret for the airborne forces in July 1942.) 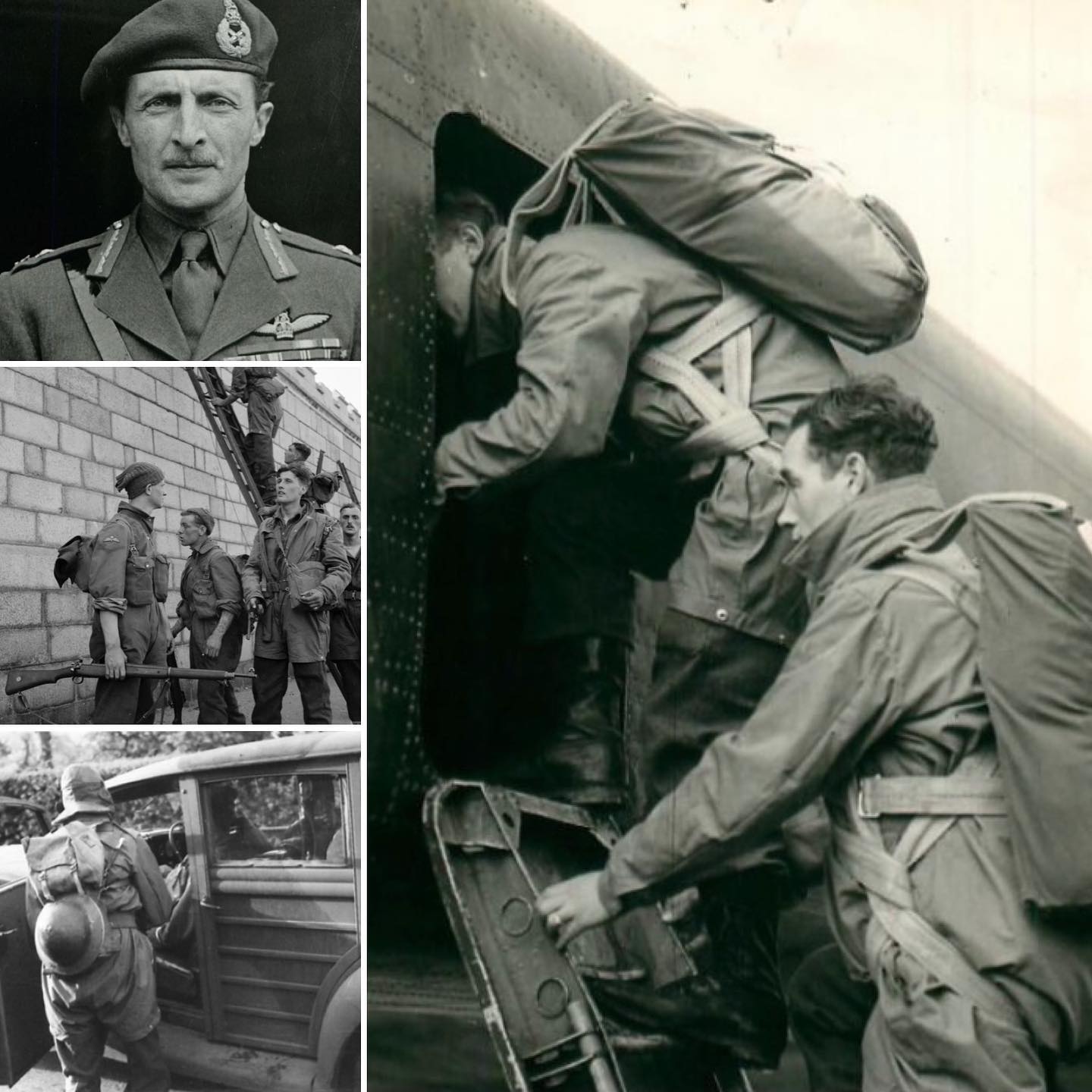 The Uniforms and Equipment had also started to improve and from early 1941 you see the famous Parachute Wing appear. It is still an iconic symbol known worldwide even 80 Years on. 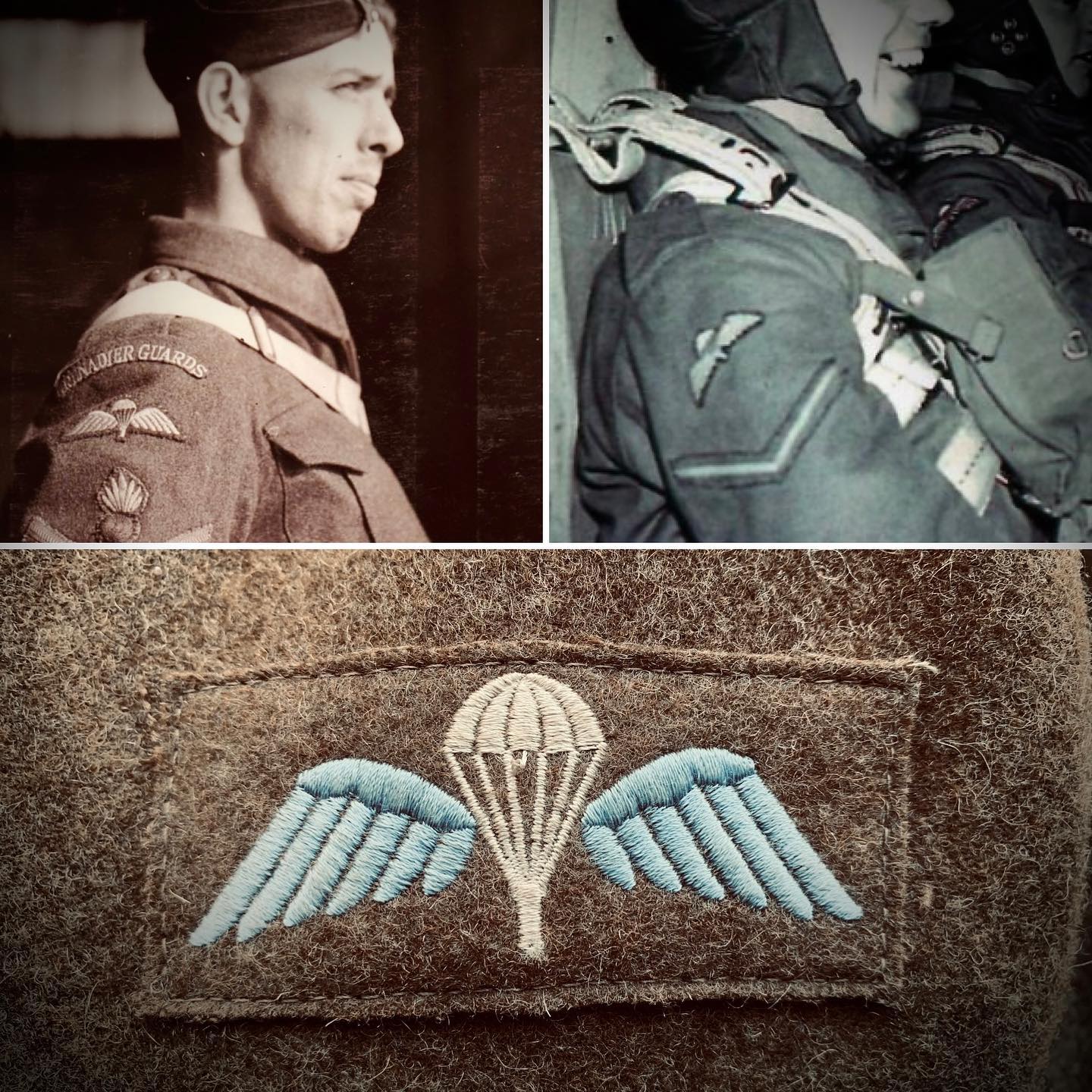 The leather flying helmet had also now been replaced by the Sorbo Rubber training helmet and by late 1941 the new P Type Steel helmet had found its way into the ranks for the new Parachute Battalion. Knee pads and rubber soled boots had also been issued to Parachutist to help avoid injury on landing. Nonetheless, you can see in the photos that the uncanny resemblance to the German-made equipment still remained. 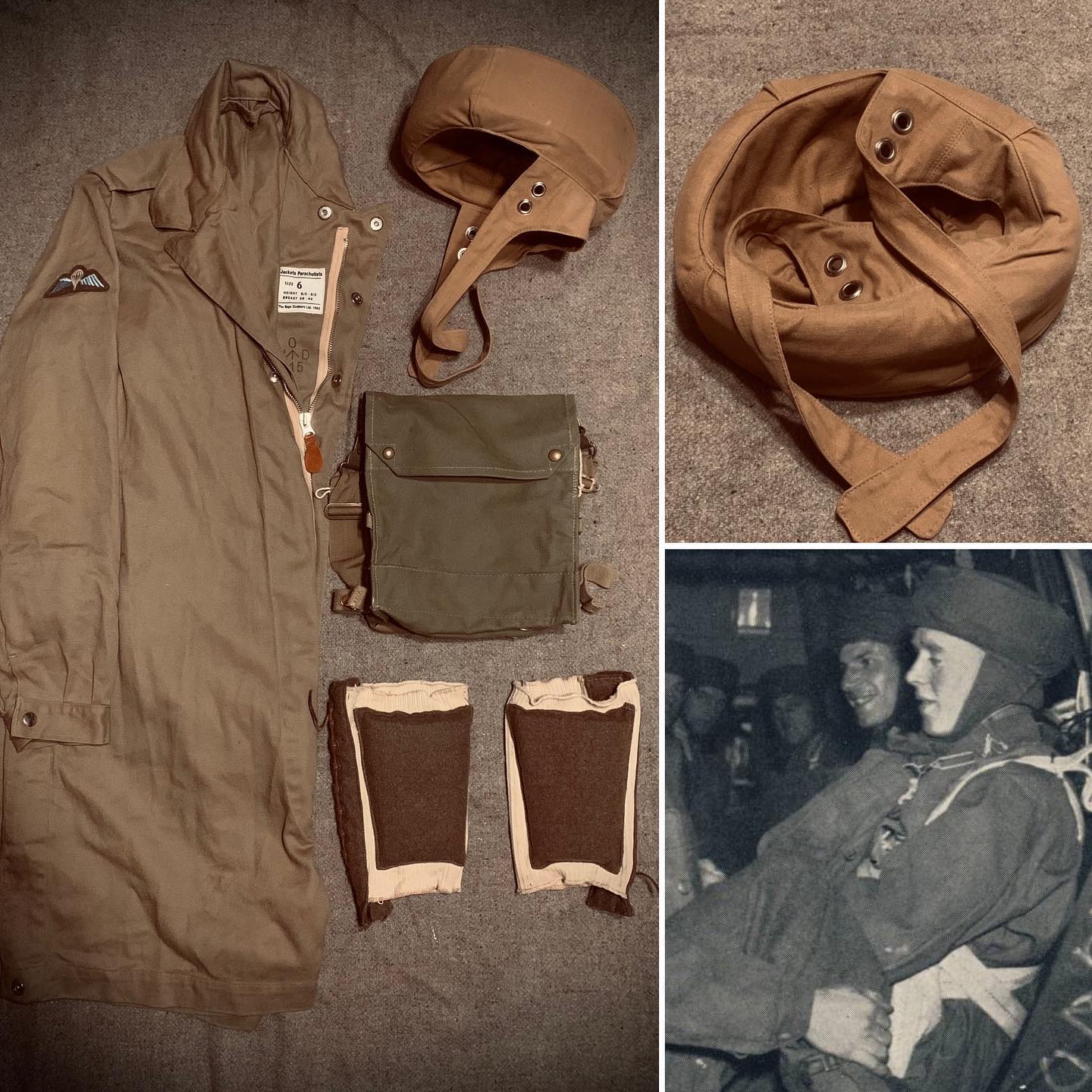 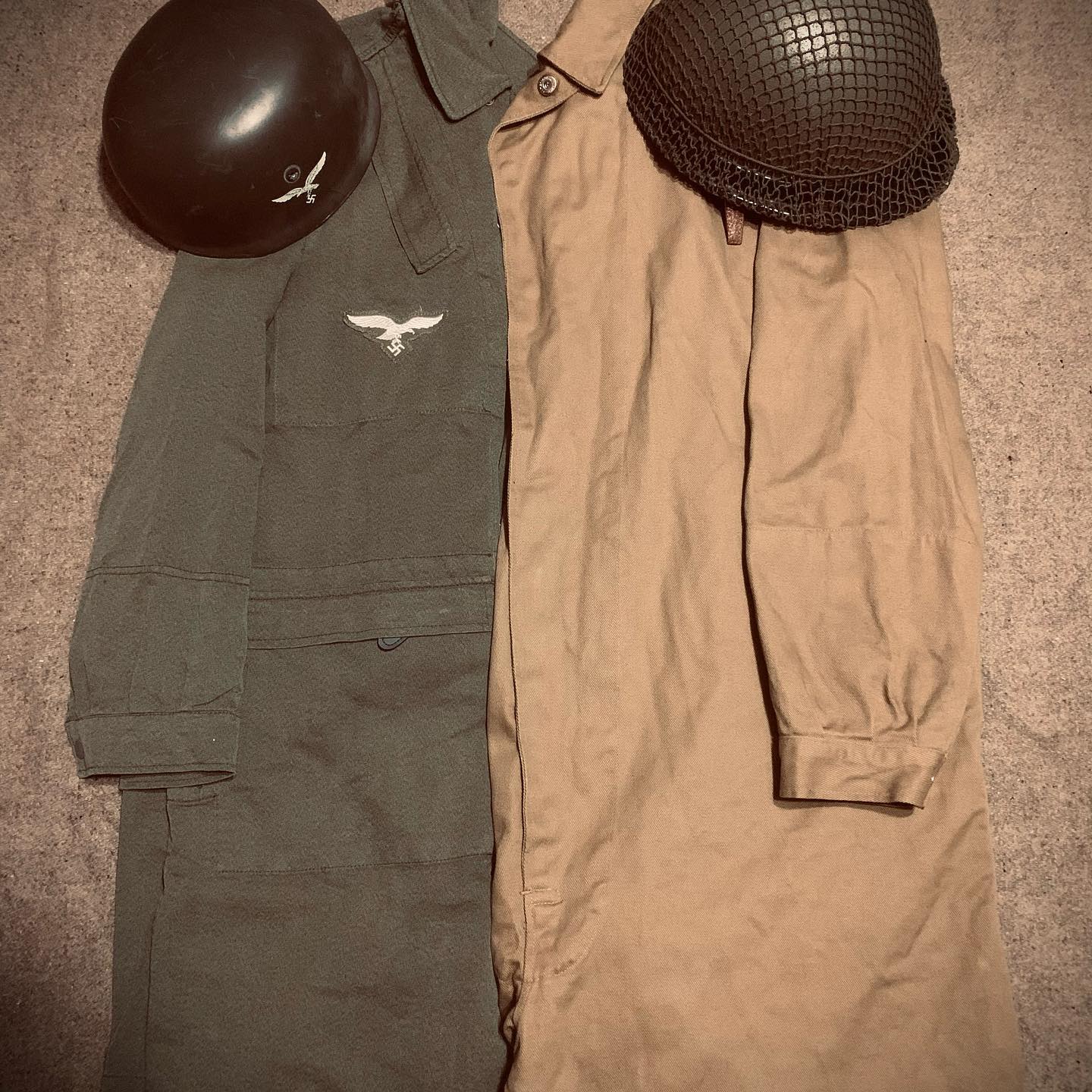 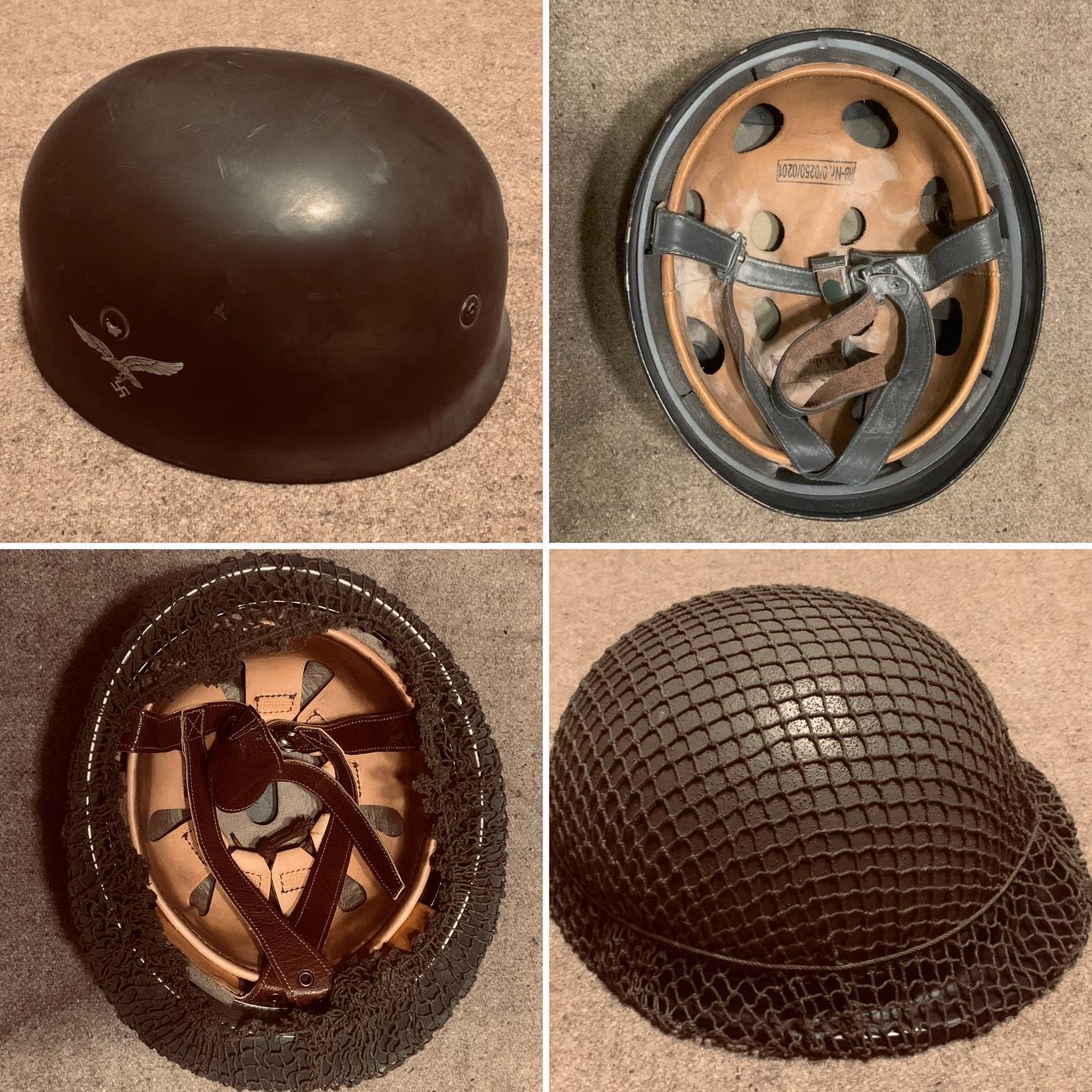 By the end of 1941 two more Parachute Battalions would be formed, 2nd & 3rd Battalion, and after a full year of intense training the Division was ready for action.

After a full year of training since Operation Colossus the force was getting ready for battle again. The next operation would fall to the men of the recently formed 2nd Parachute Battalion. Chosen for the job was C Company commanded by Major John Frost. During the early stage of 1942 they underwent specialist training on Salisbury Plain in Wiltshire and then moved north to the Commando Training Centre at Inveraray in Scotland.

At this time C Company was mainly made up of volunteers from the Scottish Regiments of the British Army. You can see the titles worn are that of the Argyll and Sutherland Highlanders. Cap badges and headwear at this time were still that of the parent regiment. The equipment worn in this period had changed little from late 1941, you can see the yellow lanyard which was a distinction of the new 2nd Battalion. This would be worn well into 1945. 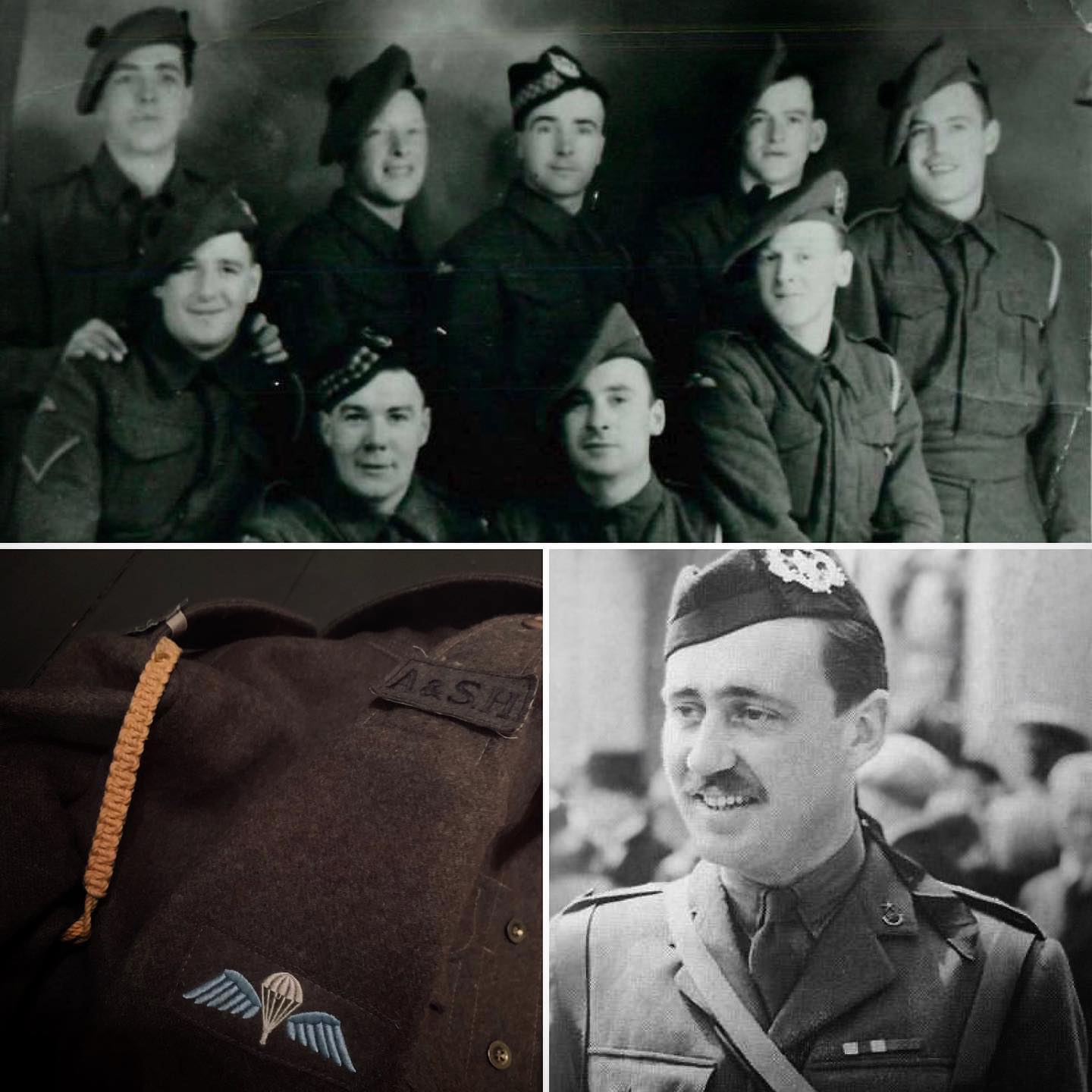 The new STEN submachine gun was also first issued to the men of the Parachute Battalions around this time, but it had yet been untested in action. Also seen is the 1st Pattern Fairbairn-Sykes Commando knife which was very a vital weapon to the parachutist. 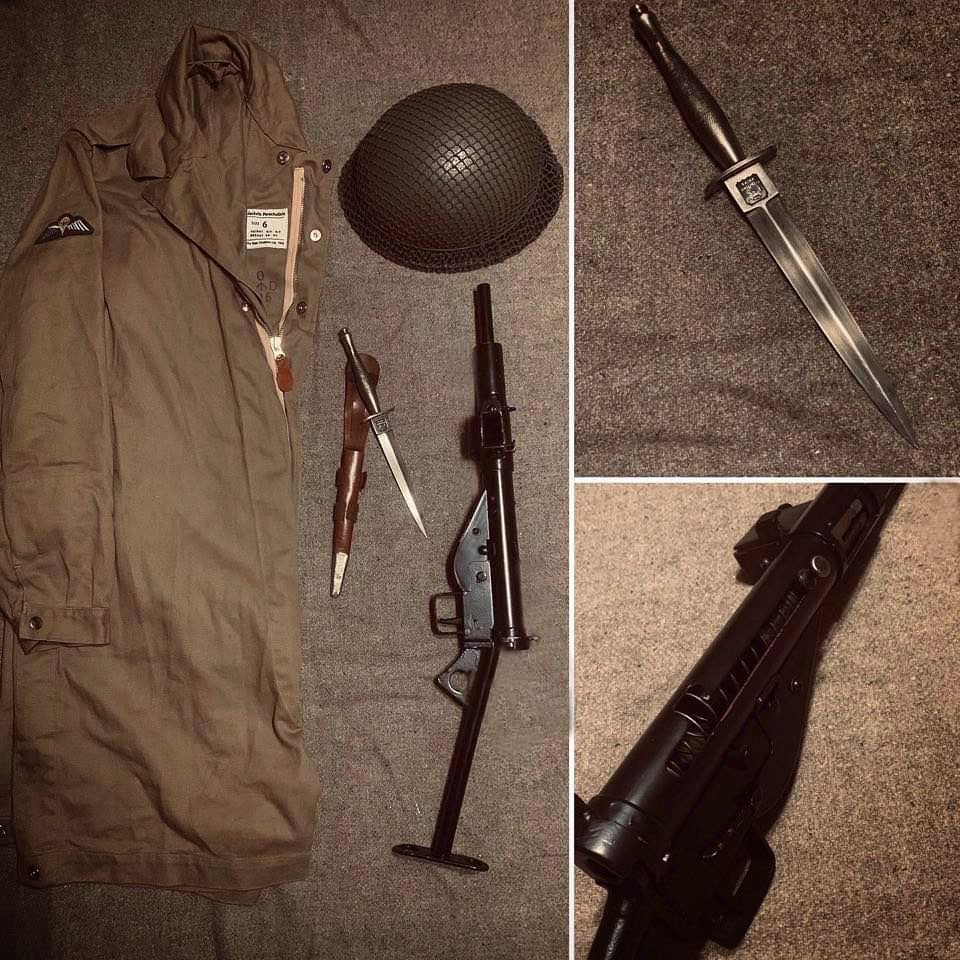 The final part of this photo study focusses on the moment when the Paras proved themselves operationally during the daring combined operations raid on the German radar station at Bruneval, France (“Operation Biting”) on the night of 27-28 February 1942. As the 27th of February 2021 marked the 79th Anniversary of Operation Biting, the Old Time Design Company honored the occasion in their own special way. 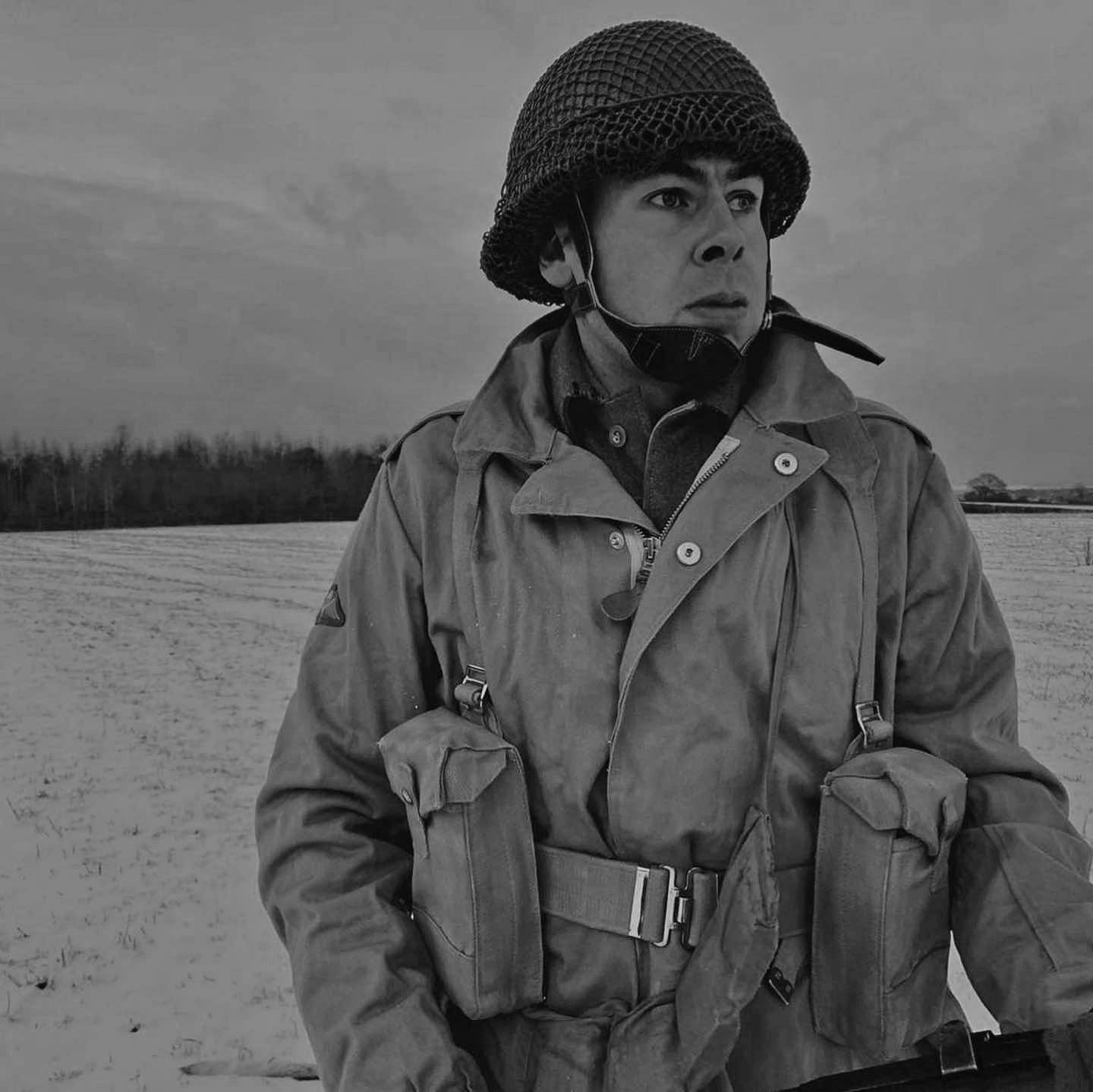 Here you see Parachutists of C Company, 2nd Parachute Battalion, led by Major John Frost they were tasked to capture German Radar equipment. Also on the raid were members of the Royal Engineers and a RAF radar specialist Flight Sergeant Cox of the Royal Air Force. The raid was a success and Bruneval became the first Battle Honour of the Parachute Regiment. 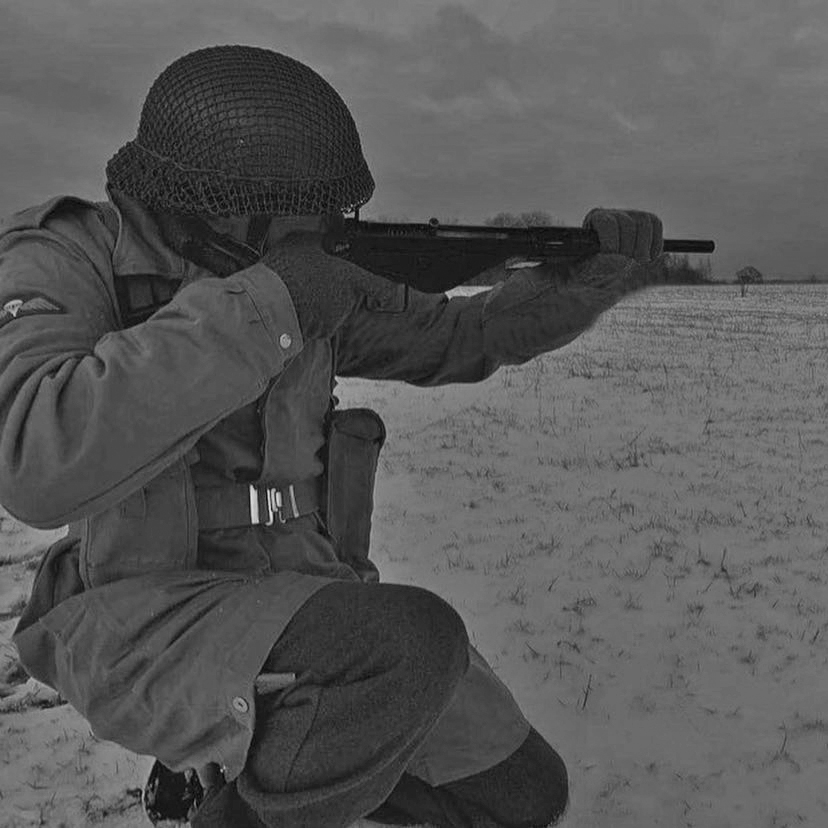 You can see the men are lightly armed with the SMLE Rifle, Mk2 STEN gun and Bren LMG. It is also worth pointing out the specialist Parachutist trousers, at this point a standard pair of 1940 pattern trousers with an added bellows pocket to the front left leg. The FS fighting knife was also sew onto the outside of the trousers. 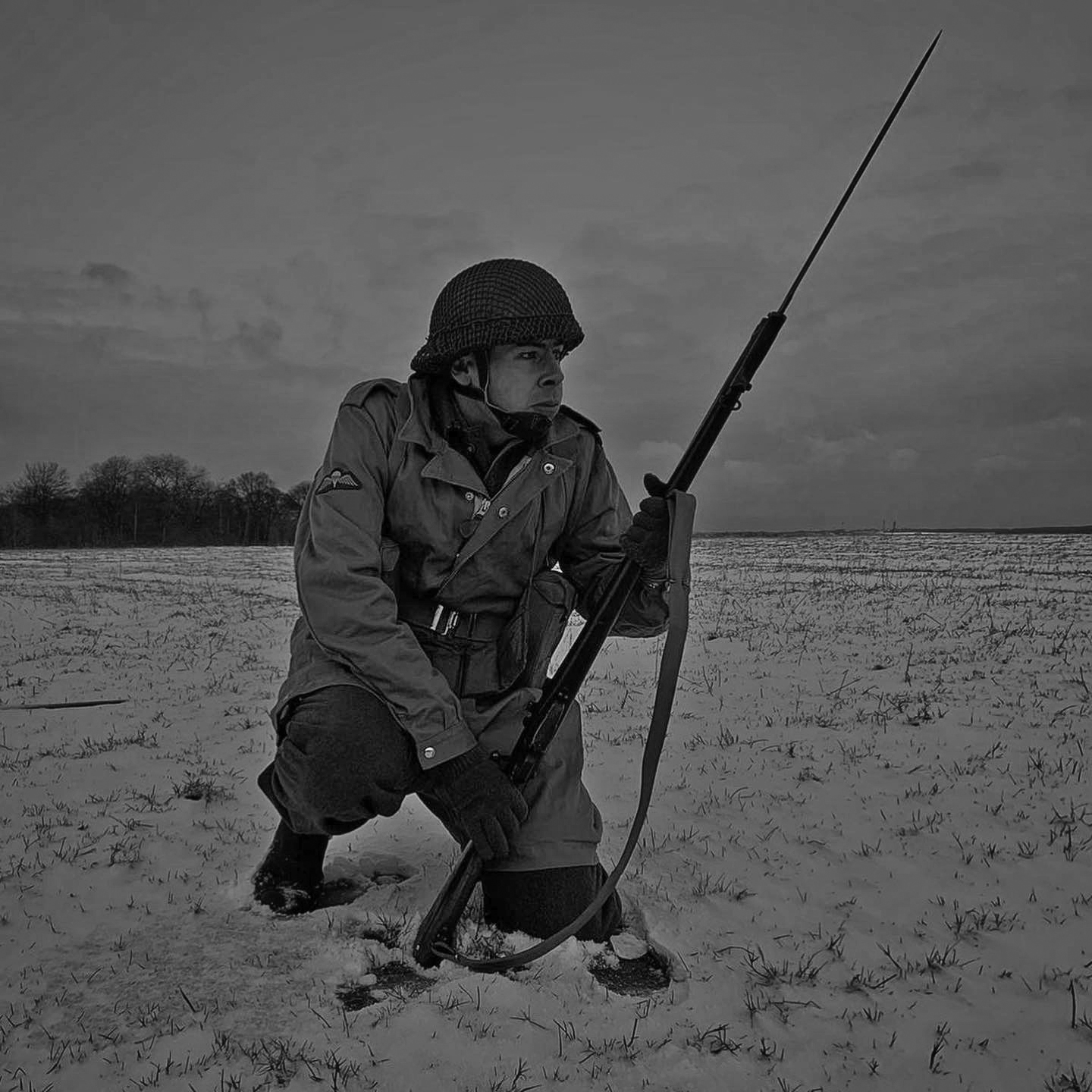 It was after Bruneval that the standard pattern of Parachutist Trousers were developed and by the end of 1942 were ready for issuing to members of the Parachute Battalions. 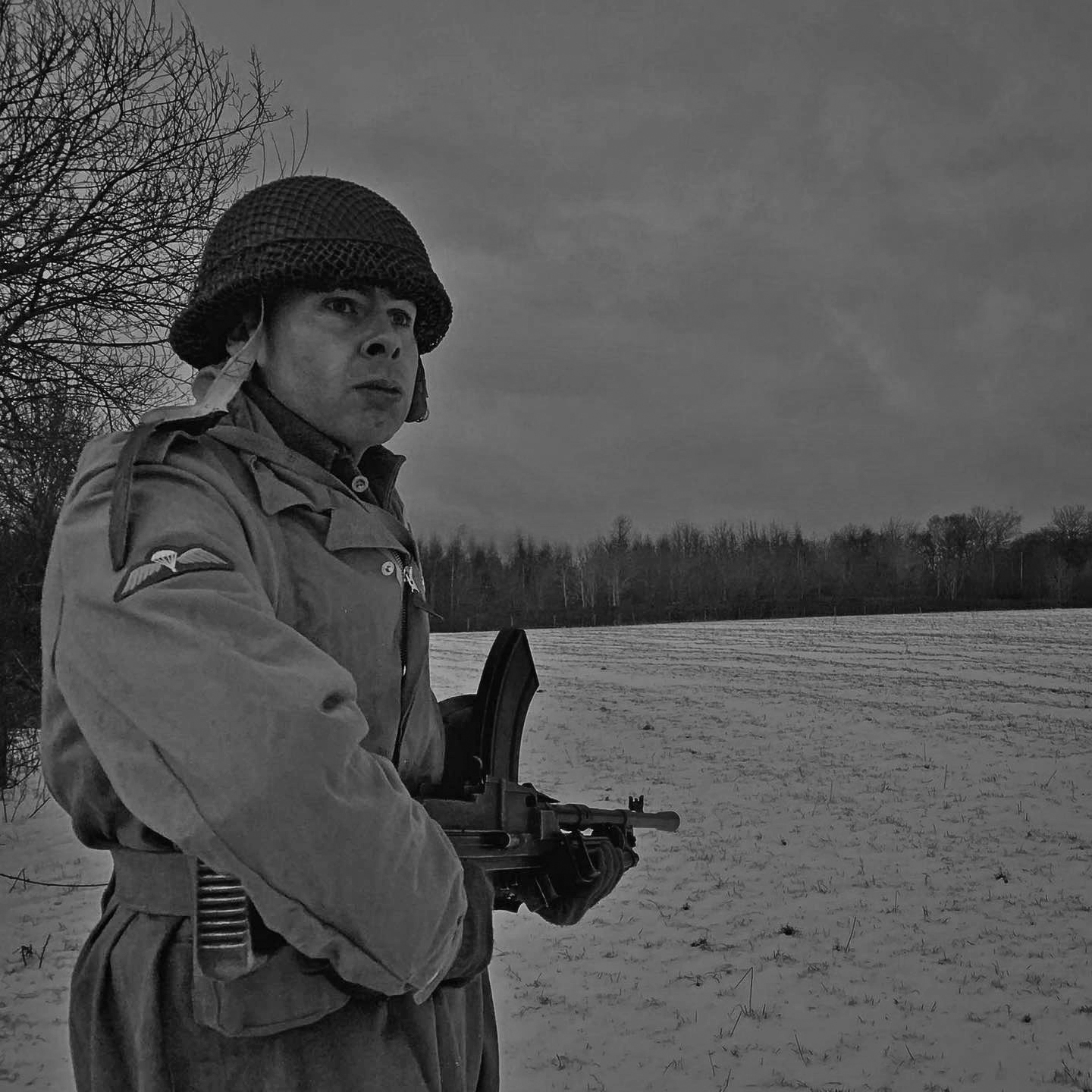 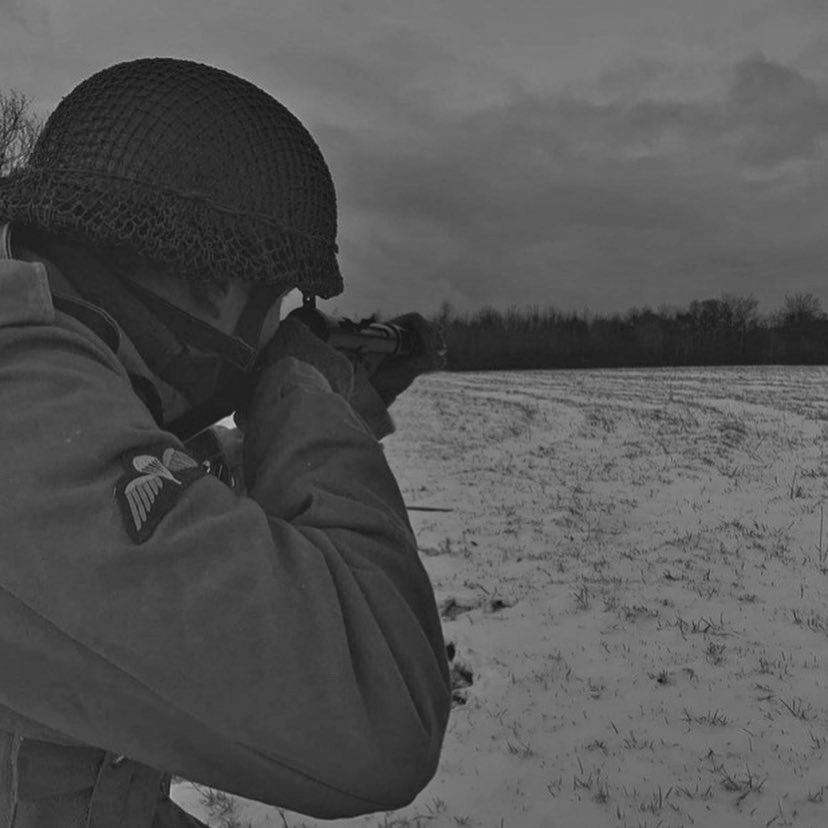 Check out the full range of The Old Time Design Company’s WWII British and Allied Airborne Forces reproductions at www.oldtimedesigncompany.co.uk, and follow the company on Facebook and Instagram.