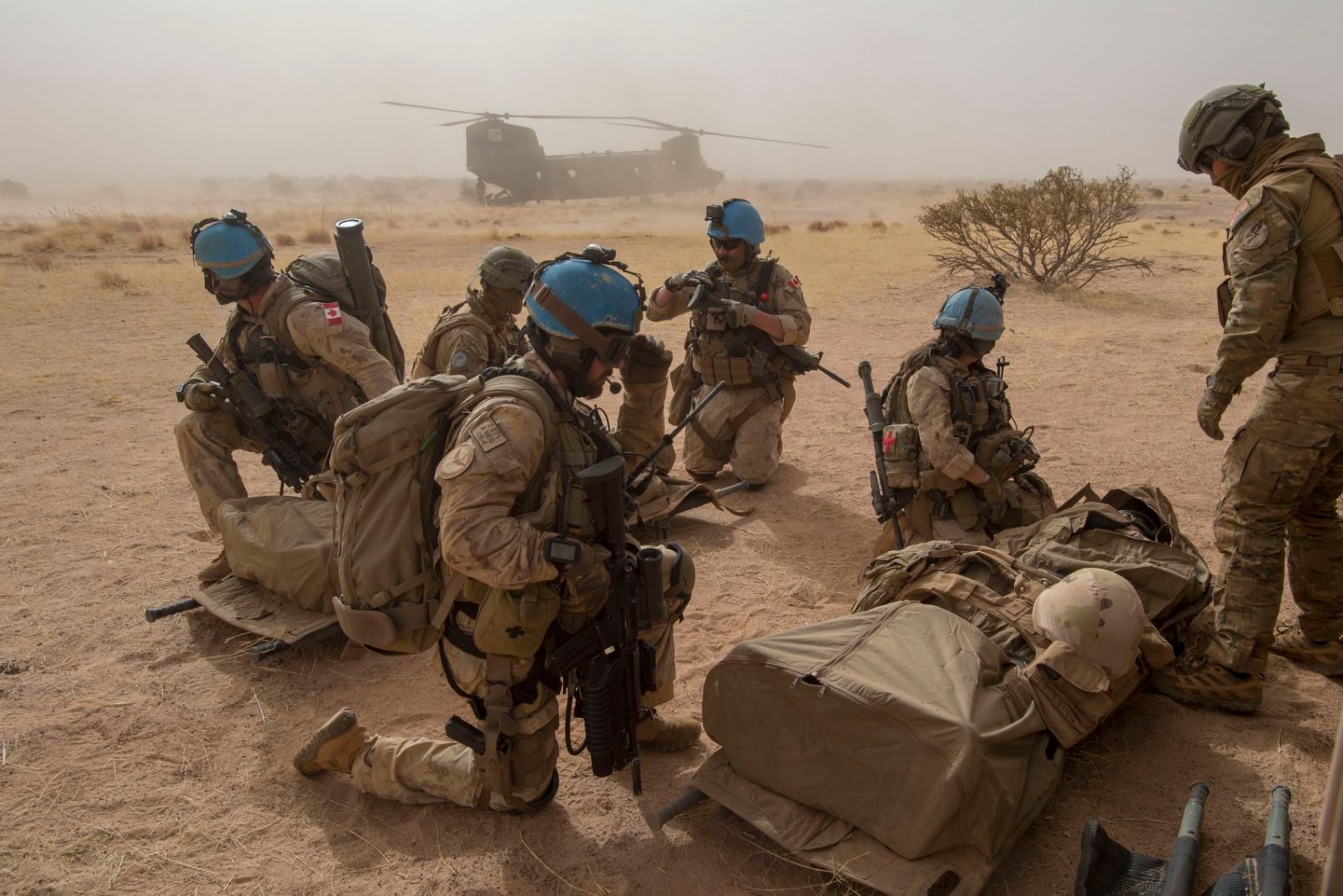 Today marks the 75th anniversary of the United Nations’ commitment to maintaining international peace and security among nations as well as promoting social progress, better living standards and human rights. The drive to establish the UN was mainly led and driven by the United States in the aftermath of WWII, the most destructive conflict the world has ever seen, and replaced the woefully ineffective League of Nations that had been formed after WWI. Whilst the UN can be justly criticized for many failings and failures, let’s focus today instead on remembering and honoring all the men and woman over the years who have served, and particularly those who paid the ultimate price, in the pursuit of noble ideals.
Photo credit: Canadian Armed Forces.