Jim Sullivan (born Leroy James Sullivan) might not be as much of a household name as some other small arms designers, but he certainly deserves to be as famous as Eugene Stoner or Mikhail Kalashnikov in my opinion. 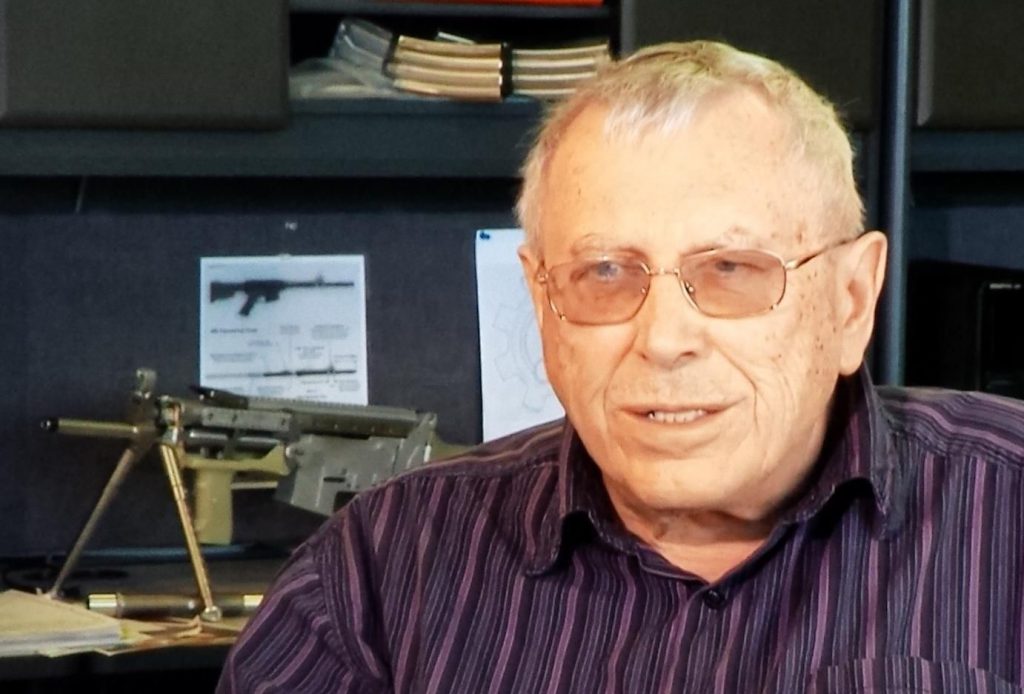 Sullivan’s early career was in fact quite closely linked with Eugene Stoner as he assisted Stoner on the 7.62x51mm NATO AR-10 rifle system. It was also Sullivan and Stoner’s chief assistant engineer Robert Fremont who then redesigned the AR-10 into the AR-15 to fire the smaller 5.56x45mm cartridge. Sullivan and Fremont also later collaborated in redesigning another of Eugene Stoner’s small arms systems from 7.62 to 5.56 – the famous Stoner 63 family.

Sullivan would then go on to develop the M-14 influenced Mini-14 rifle for Ruger, giving him a reputation as a “rescaler” of firearms designs from 7.62mm to 5.56mm (or, .308 to .223 if you prefer) – even though creating a firearm that functions just as well in a different caliber is a lot more complicated than simply changing the dimensions. Sullivan is also a skilled designer who developed great designs in his own right as well – such as the outstanding Ultimax 100 light machine gun project that he led for Chartered Industries of Singapore (CIS, now ST Kinetics) on behalf of the Singapore Armed Forces. 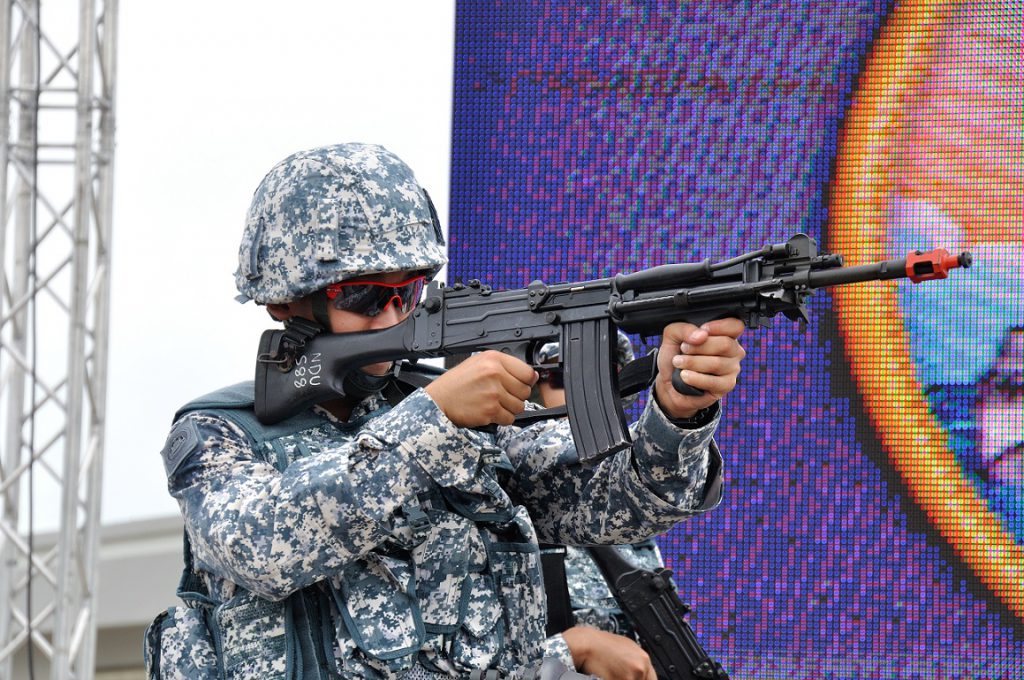 The Ultimax is considered to be one of the most accurate, lightest and easiest to shoot light machine guns ever fielded – with it’s accuracy and pleasant firing experience being largely due to its constant-recoil operating system. Its lightness and handiness is due to its being designed to fire from box and drum magazines rather than belts, but it is nonetheless a true light machine gun rather than a beefed-up automatic rifle. The gun was designed from the start to be a full-fledged, robust, automatic-fire support weapon which incorporates a machine-gun-grade heavy barrel with a quick-change mechanism.

The Ultimax 100 was adopted by the Singapore Armed Forces as their standard Squad Automatic Weapon in 1982, and has also seen widespread use with units of the Philippines and Croatian military, Indonesian special forces, Chilean Marine Corps, and a further development of it was also entered into the USMC’s Infantry Automatic Rifle competition. One thing that no doubt held the Ultimax back from being more widely adopted/used was its use of a proprietary magazine design that was not compatible with STANAG platforms. The MK.5 version of the Ultimax, which was entered in the failed attempt to win USMC adoption, fixed that issue.

Not one to rest on his laurels, and now free from his obligations to the Singaporeans, in 2012 Jim Sullivan applied for a patent for a ‘quick barrel change firearm’ that came to be known as the MGX light machine gun. The MGX is in many ways the perfection of design concepts and the addressing of usability factors that can be traced back to and through the AR-15, Stoner 63, and Ultimax (to which the MGX bears a recognizable similarity). The MGX is probably the pinnacle of magazine-fed light machine gun design today – the Knight’s Armament Company Light Assault Machine Gun (LAMG) being arguably the pinnacle of belt-fed light machine gun design. 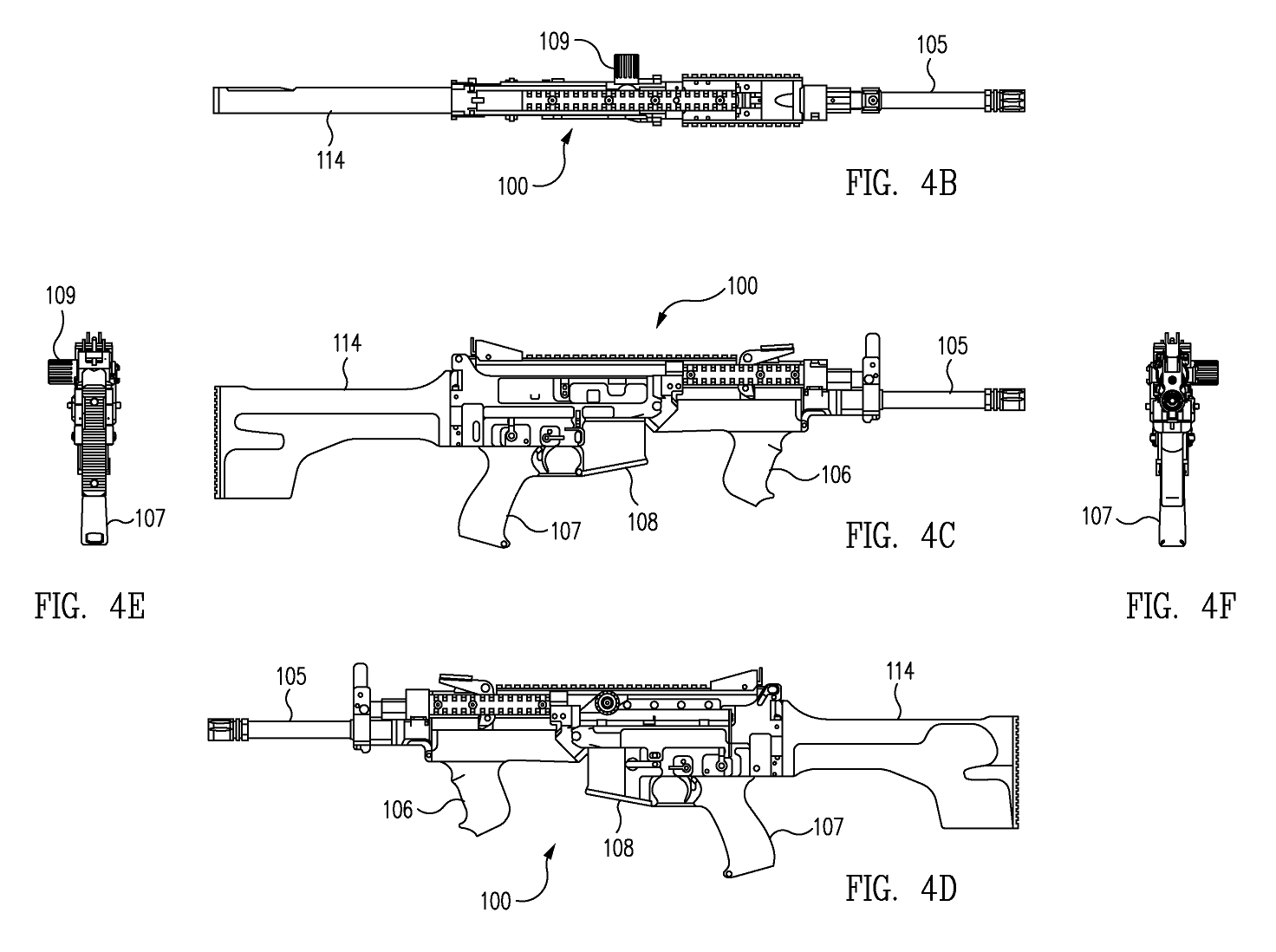 Like the Stoner 63, and many other great designs that are either ahead of their time, or behind the adoption curve in the commercial military market, the production-ready MGX prototype sits in an armory waiting for a customer… Will it ever find one? Who knows.