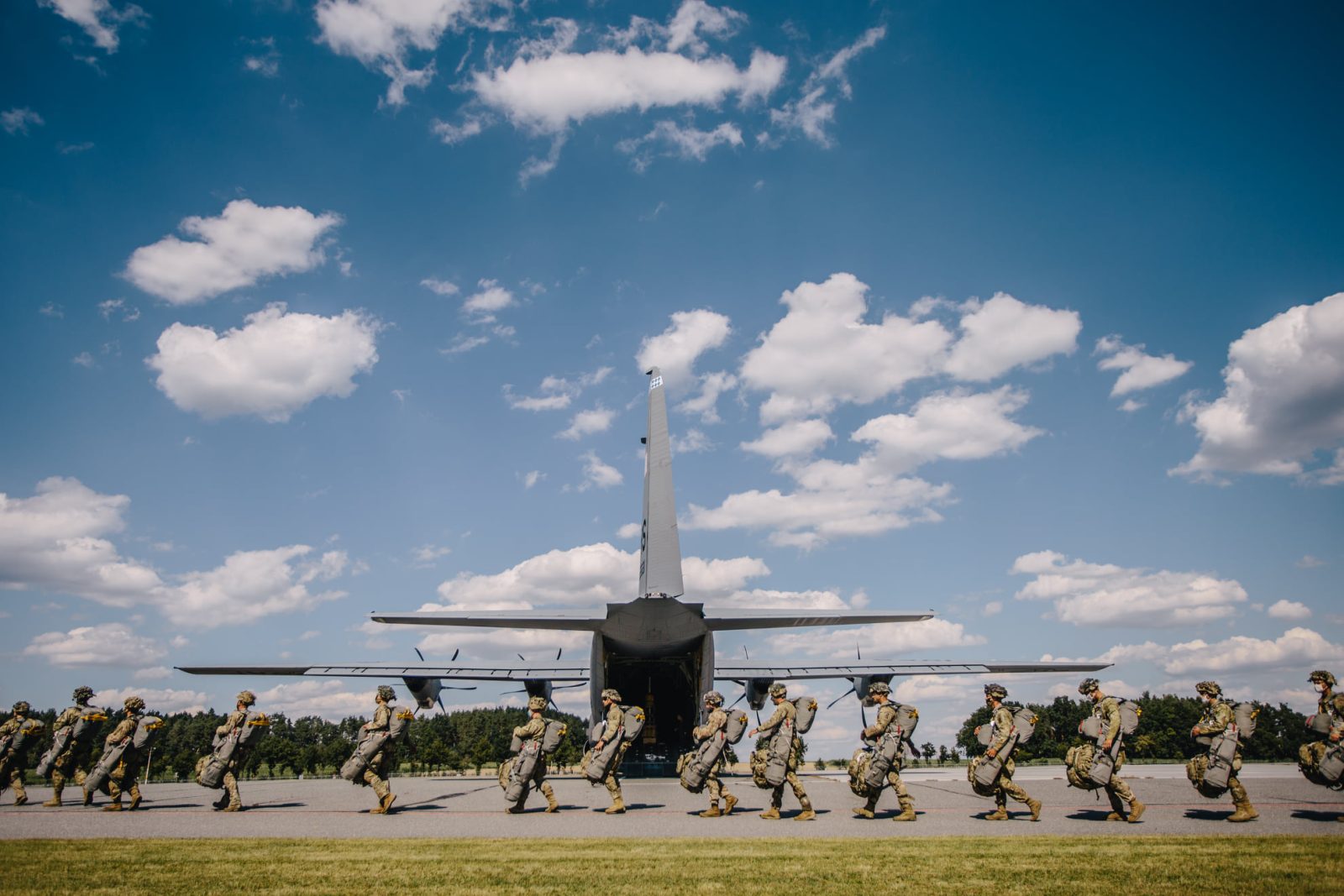 Airborne’s been practicing safe social distancing since before it was cool…. Sky Soldiers of the 173rd Airborne Brigade make their way to an aircraft in preparation for airborne operations. When they jump the Jumpmasters will maintain a one-second interval between jumpers, jumpers will maintain a sharp lookout during descent to avoid fellow jumpers, will slip right to avoid collisions, and will give the lower jumper the right-of-way. Once on the ground, they will maintain tactical spacing of 3-5 metres between soldiers.