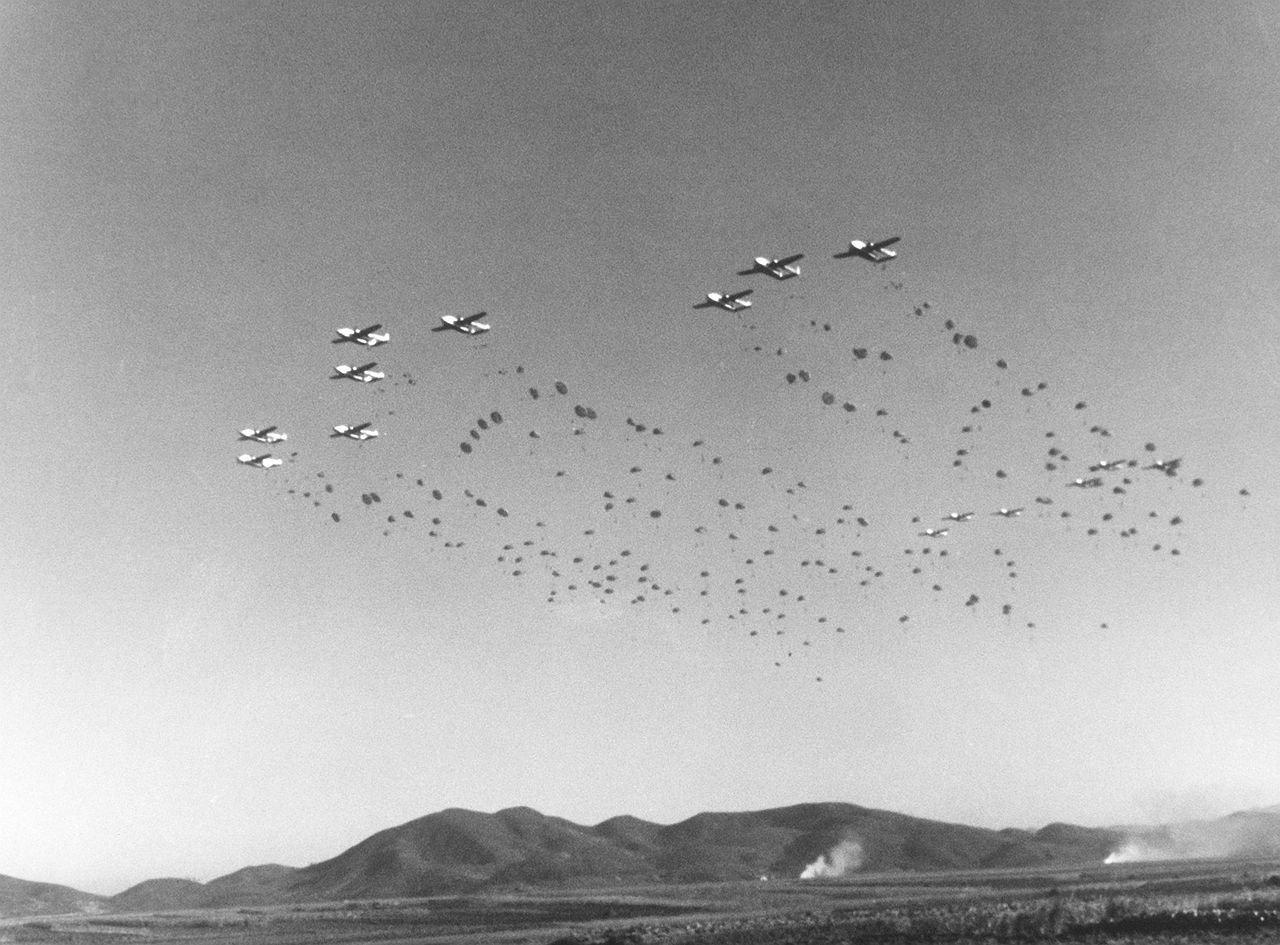 U.S. Army paratroopers of the 187th Regimental Combat Team jump out of U.S. Air Force C-119 Flying Boxcars of the 403rd Troop Carrier Wing during a maneuver near Taegu, Korea, on 1 November 1952. Photo credit: US Department of Defence

On 20 October 1950, the regiment made successful combat parachute assaults near the towns of Sukchon and Sunchon, North Korea as part of the Battle of Yongju. The published purpose of that drop was to capture members of the North Korean Government fleeing Pyongyang and also to free American POWs being moved from Pyongyang toward the Manchurian border. Neither objective was realized. Followed by battles at Suan, Wonju, Kaesong, Munsan-ni, and Inje the 187th led the second and last parachute assault in Korea on 23 March 1951(Operation Tomahawk).