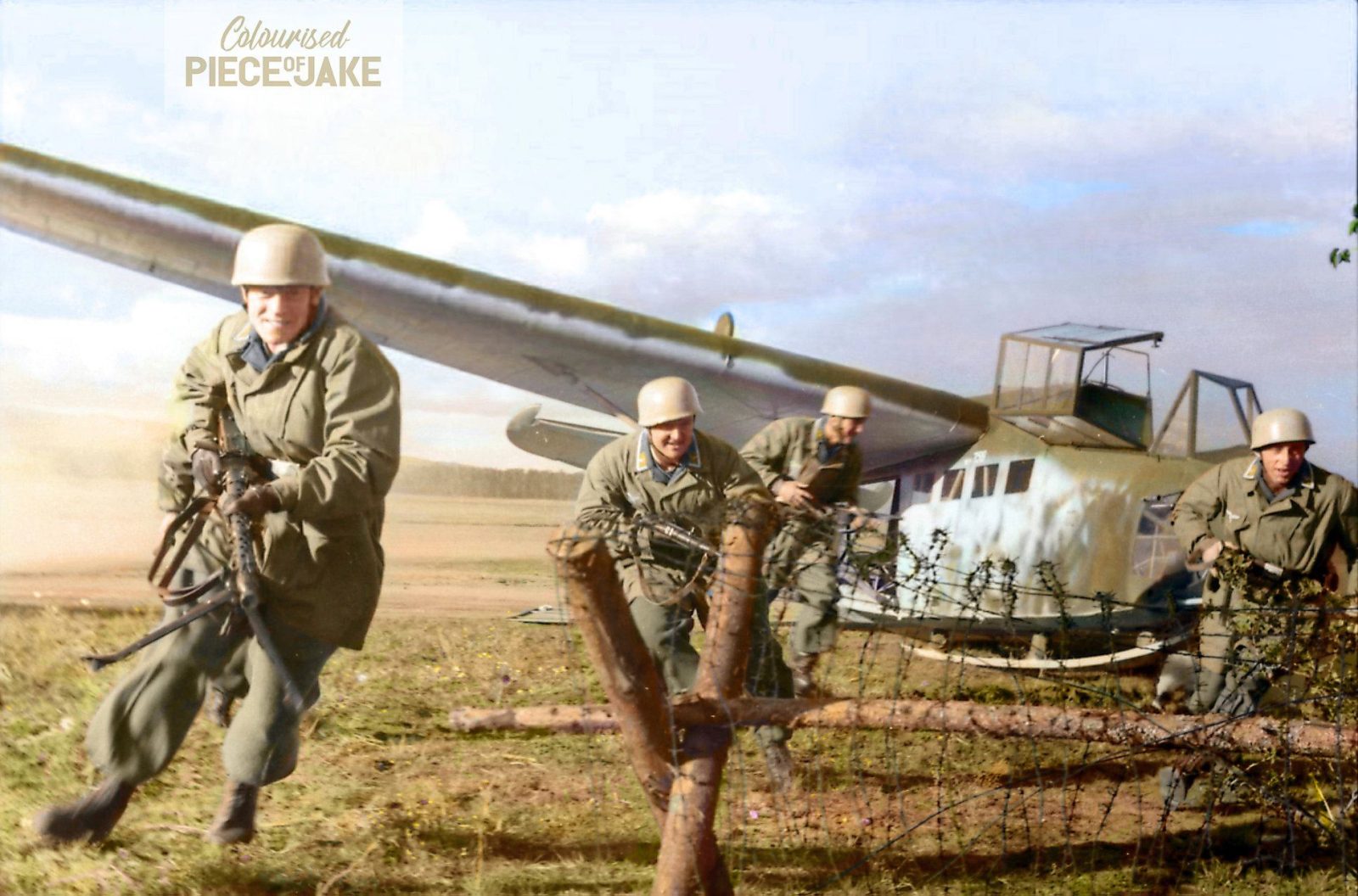 A well-known propaganda photo of German Fallschirmjäger charging from a DFS 230 glider upon landing.
The DFS 230 was a Luftwaffe assault glider, developed by the Deutsche Forschungsanstalt für Segelflug (German Research Institute for Sailplane Flight). Hans Jacobs was the lead designer. It was intended for paratrooper assault operations, carrying ten soldiers with equipment or a payload of about 1,200 kg. The usual tug was a JU-52 but photos exist showing tugs as varied as Ju-87 and Ju-88’s. DFS-230 gliders played a key role during the famous and successful assault on Fort Eben-Emael, Belgium in 1940, and in the raid to rescue Mussolini from imprisonment atop the Gran Sasso plateau, Italy in 1943.