The HK11E 7.62x51mm Light Machine Gun introduced a 3-round burst firing mode, a long receiver and a “drum” type sight. The operator could switch to and from a magazine or belt-feed with slight modification.

The German Army, German Navy and the Federal Police use a variant of the HK11 designated the Gewehr-8 (or G8). It is tapped for telescopic sights and has a quick-change barrel with a bipod that uses either a heavy match-grade bull-barrel or a heavy barrel for automatic fire. It was designed to use G3-type 10- or 20-round box magazines in the designated marksman role, but could also use a special 50-round drum magazine for sustained supporting or suppressing fire. The modified G8A1 adopted the improvements of the HK11A1 series and was only able to feed from magazines and drums. 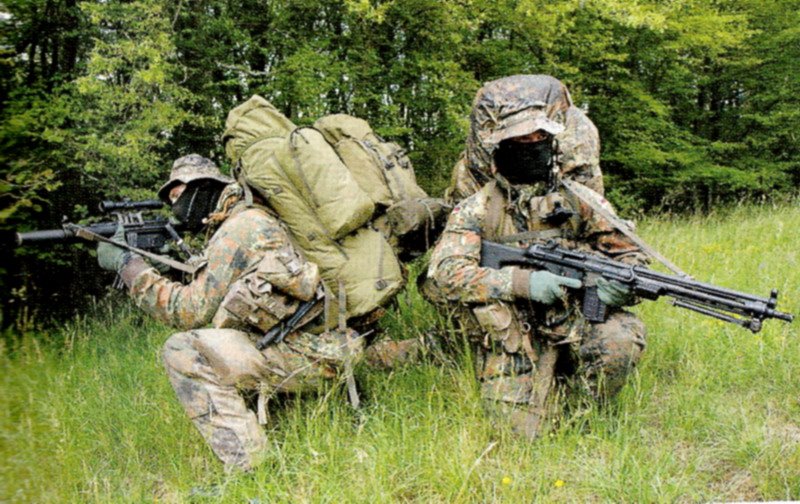