As a result of a lack of gun shipments during the Cuban Revolution, revolutionaries turned to modified weapons like the Cuban Winchester.

This man in the image below is William Morgan, aka the “Yankee Comandante.” During the Cuban Revolution, he was a pro-democracy soldier of fortune who was ultimately killed by a firing squad. The strange weapon you see there is a much-modified version of the Colt 1907 called the “Cuban Winchester.” 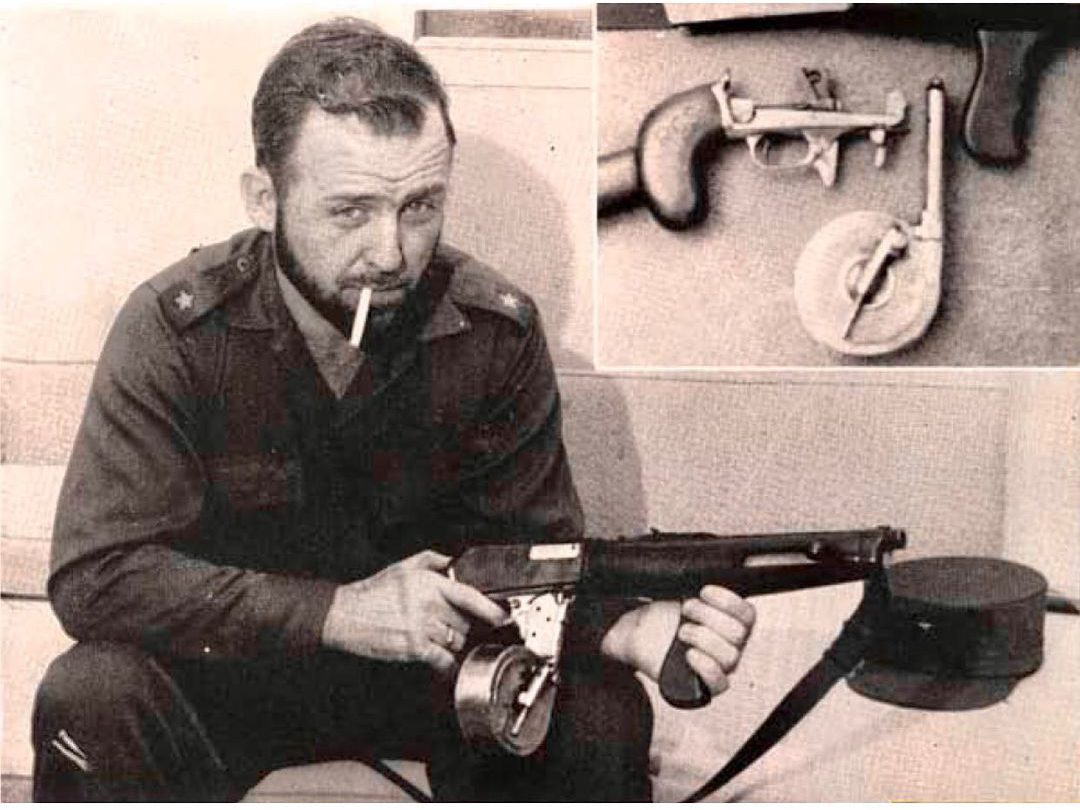 The following information was posted by two excellent Instagram accounts, @spycraft101 and @streakingdelilah. (Slightly modified for grammar and readability.) Many social media accounts are vapid, infuriating, and even stupid; don’t let that stop you from appreciating the ones that aren’t: like those of the FYSA files.

Revolutionaries from the Second Front operating in the Sierra de Escambray Mountains had great difficulties procuring weapons, with most of them being scavenged from the Cuban Army after battles. As a result, weapons shipments from outside of Cuba often went to Fidel Castro’s July 26th Movement, which was a separate group at the time, operating elsewhere.

The Second Front turned to a gunsmith and Spanish Civil War veteran known as Captain Regino Camacho for assistance. According to an article that appeared in Guns Magazine in October 1959, Camacho and several assistants cobbled together new weapons from the parts of several others.

Starting with a Model 1907 Self-Loading Rifle, new stocks, barrels, and feed mechanisms were combined to create submachine guns in .45 ACP, 9mm, and .30 Carbine, depending on what ammunition and parts were available. In addition, drum magazines were produced using Star pistol magazines. A new stock and wooden foregrip were also installed. 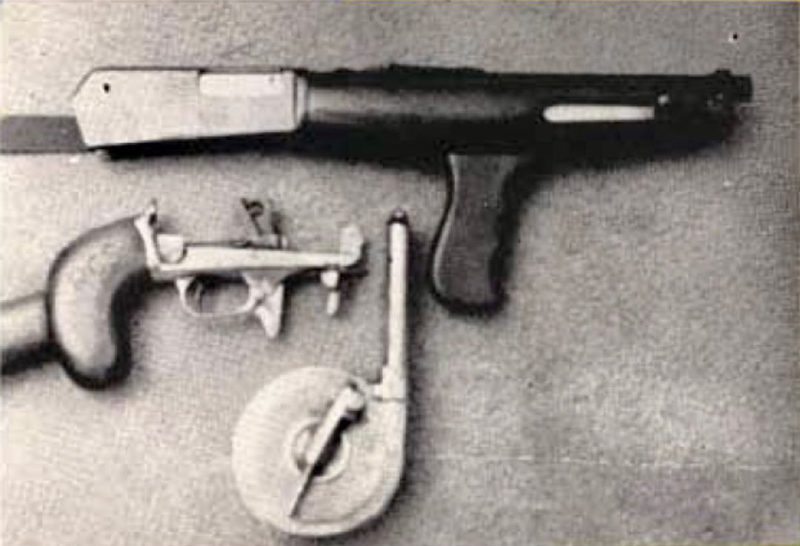 Although Morgan claimed during an interview that ten of these weapons had already been built, none ever turned up elsewhere, and there is photographic evidence of just a single weapon. It’s possible that this was an exaggerated claim intended as propaganda, a common occurrence during any conflict.

Morgan found an experienced gunsmith who had seen action in the Spanish Civil War and several South American revolutions and intrigues. Captain Camacho, as he was called, scrounged up welding equipment, lathes, and a forge, to set up the revolution’s army. He invented unique, effective weapons to compensate for the guerrillas’ shortfall, making them out of parts available or captured locally. An inventive genius, one of his more widely known items was called the “Cuban-Winchester” by those who used it. He used the frame of a .44 lever-action Winchester rifle produced in the 1890s and combined it with parts from Winchester semi-automatic rifles, M-1 Garand rifles, and a few handmade parts. He reamed out his barrels and, depending on what ammo was available locally, the user could select .45 ACP, U.S. .30 carbine, or 9mm caliber by switching barrels. The weapon could utilize many different pistol magazines, including the efficient Luger 32-round “snail drum.”

Morgan reported that this gun had limited accuracy but was highly regarded due to its firepower. He preferred British 9mm submachine guns due to their lightweight and the lightweight of the 9mm ammo. During the guerrilla experiences, he noted the difference a heavier gun and ammo made when trying to move fast and far. 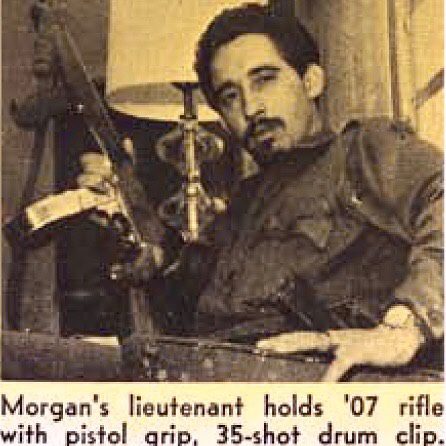 Although Morgan’s group would later join with Castro’s forces, Morgan himself was a pro-democracy soldier of fortune. After the revolutionaries successfully occupied Havana and President Fulgencio Batista fled to the Dominican Republic, Morgan was initially given control of the city of Cienfuegos. But he fell out with Castro and Che Guevara as the pair moved to build relations with the USSR rather than the U.S.

Morgan was eventually arrested after he began working with other pro-democracy revolutionaries who felt betrayed by Castro’s communist leanings. He was imprisoned in the infamous La Cabana prison outside of Havana, and on March 11th, 1961, Morgan was executed by firing squad.

You can learn more from Weapons Man, Old School Guns, or LatinAmericanStudies.org.

David Reeder is a sometime STRIKE-HOLD! contributor and freelancer-at-large. He is currently the editor of the GunMag Warehouse blog (The Mag Life) and the world’s okayest 1/6 scale kit-basher.