An Aero Precision rifle has successfully completed a series of rigorous testing procedures required to meet National Institute of Justice (NIJ) standards for law enforcement. Following that process, the rifle was evaluated with a 10,000-round endurance test.

The weapon experienced zero malfunctions during the 10,040 round NIJ assessment, even in extreme conditions that fall outside normal use.

The evaluation process of the Aero Precision rifle was conducted by a West Coast law enforcement agency and included the following phases:

• Final zero conducted with 3-round zeroing shots near the end of the endurance test with an acceptable zero of 2.75 in.

• The rifle was cleaned and lubricated prior to the beginning of the test.

• It was subsequently lubricated in 1000-round intervals.

• The firing schedule for this rifle consisted of 150-180-round increments from various shooting positions and firing rates.

• There was an 8-12 round cooldown period between firing cycles utilizing a 4’x4′ industrial fan.

The Aero Precision rifle completed both the NIJ Standards and Endurance Test with zero (0) operational problems.

1The charging handle lever on the port side broke during the drop testing sequence and the flash-hider and pistol group came loose. None of these issues impacted how the rifle functioned. Loosened parts were re-tightened. 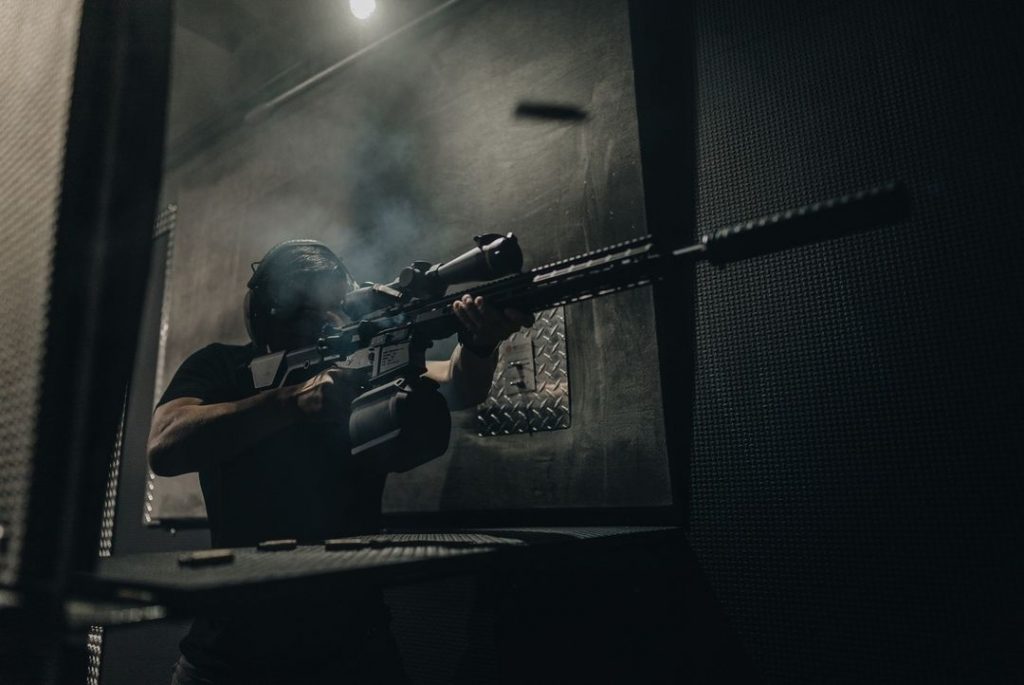