The UK Ministry of Defence published a tender a couple of months back for a new “Army Special Operations Brigade Rifle Procurement and Support of an Armalite Rifle (AR) platform Alternative Individual Weapon (AIW) System”. What that means in plain English is that the British Army is looking to equip its new Special Operations Brigade “Rangers” with an AR- style rifle instead of the current standard SA80A3 bullpup rifle. But there’s more to the story than just a new rifle…

Firstly, let’s look at what the story is about these “Rangers” of the Army Special Operations Brigade – a story which has featured quite a few twists and turns since it first broke cover in March 2021. To make sense of it all, we have to look at this as an evolutionary process and be clear about where things are coming from, where they now, and where they’re heading to – at least in so far as the publicly available information allows.

Modern special operations forces as we know them in the West really began with the British in WWII – spurred on largely as a result of their regular Army getting walloped in France in 1940 and retreating in disgrace behind the security of the English Channel. As a result of that huge embarrassment, Churchill put a boot up several backsides and spurred on the development of such forces as Army and Marine Commandos, the Parachute Regiment, the Special Air Service, the Special Operations Executive, and other units that engaged in the sport of ungentlemanly warfare. During the War, American special units like the Ranger Battalions, the OSS, the Jedburghs, and such were also trained and greatly influenced by the British.

The exploits of British, and Allied, special operations forces in WWII is literally the stuff of legends and it continues to awe and inspire to this day – and there’s much more to it than we could hope to cover in this article. Fast forward several decades and we have seen over the past 20 years in Afghanistan and Iraq, how British and American special operations forces have worked very closely together. However, now it has been the Americans who have really poured money, resources, experimenting and training into the honing of special operations forces that operate across the full spectrum of modern warfare.

In this era, British special operations forces – like their American counterparts – have been broadly divided into Tier 1 and Tier 2 categories. In the Tier 1 arena are the Special Air Service (SAS), Special Boat Service (SBS), the Special Reconnaissance Regiment (SRR), and the Special Forces Support Group (SFSG). The SFSG is comprised of 1st Battalion, The Parachute Regiment and a company strength group of the Royal Marines. All of these units are tasked in their own specific ways with counterterrorism, hostage rescue, intelligence gathering, and direct action.

So that’s how it is, but what’s changing? Well, a lot. As the late Donald Rumsfeld once famously stated, “You go to war with the Army you have, not necessarily the Army you’d like to have”. But now that the “Commando Olympics” in Afghanistan have drawn to a close and the US and UK look more broadly at the global challenges of the next half century, the UK in particular has taken a long hard look at the structure of its Armed Forces, and its Army in particular, and decided that it needs to get more specialized.

The UK Army will shrink by about 10,000 personnel and will cut back / retire a number of older tanks, armored personnel carriers, and helicopters in order to invest in the specialization of existing units, and the creation of new specialist forces. Chief among these new initiatives will be a refocusing of the SAS and SBS mission sets, the modernization of the Royal Marine Commandos under an initiative known as Future Commando Force (FCF), and the creation of a new new Security Force Assistance Brigade, and Army Special Operations Brigade. The Security Force Assistance Brigade will follow the model of the US Army’s SFABs in mission set as well as name, and will assist in building the capacity of allied and partner nations – evolving out of the current Specialised Infantry Group, and containing four infantry battalions and wider personnel across the army.

Officially, the new Special Operations Brigade is tasked with ‘preparing and generating special operations-capable forces’ for expeditionary deployment. It is also, at least until the Security Assistance Brigade stands up, going to be responsible for ‘training, advising, enabling, and accompanying partner forces’. The core of the SOB will be the Ranger Regiment of four battalions. The new Ranger Regiment has been described as a “Tier 2” unit and will focus on counterinsurgency (COIN) operations in regions of strife – to include to include partner nation training and advising, cyberattacks, electronic warfare, surveillance, gathering intelligence, and information operations. The British Army Rangers will thus be something of a hybrid force that combines overt direct action capabilities with training / advising, and some aspects of special / unconventional warfare that are currently performed by the SAS and SBS. 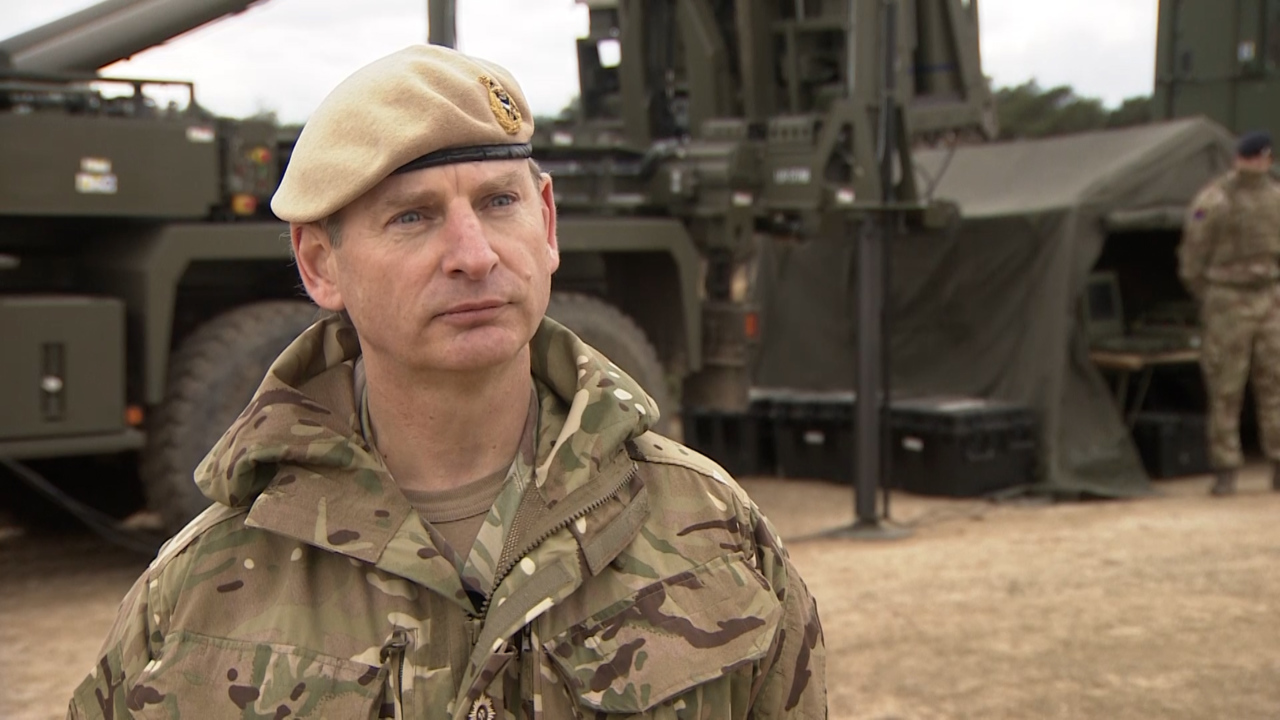 Chief of the Defence Staff General Sir Nick Carter (pictured above) described the purpose of the Rangers thus:

“these are soldiers who would typically be working with partner forces abroad to great effect and, if required, great lethality… As a highly trained and skilled force the rangers would have a huge effect on an enemy if operating with partner forces, whoever they are… both regular and irregular partners and proxies in high-threat and hostile environments”.

So, more like the way that US Army Special Forces teams train and work / fight alongside foreign forces in unconventional, low-intensity, covert, and counter-insurgency operations, but with some additional ISR, PsyOps and Cyber capabilities thrown in. Many people have been confused by the “Ranger” name of the unit. Adding to the confusion is that the British Army itself hasn’t really done a great job of clarifying what’s different about the unit, as well as the fact that the fully-fledged unit hasn’t been stood up yet.

On the other hand, one thing that is very clear and has been covered quite a bit in the trade press, is the open solicitation for an “AR-style” rifle in 5.56x45mm NATO caliber to equip the new British Army Rangers. Bear in mind that “AR” is short-hand for “Armalite” (not ‘assault rifle’ as some think), and when the Brits say “Armalite” they are talking about the AR-15 / M-16 rifle and its derivatives. In this case, the Ranger Rifle is described as an ‘Alternative Individual Weapon’ (as in an alternative to the standard L85 series bullpup rifle used by the British Army). Companies that responded to the tender had to submit an AR-style rifle, with a suppressor, and an optical sight for consideration. The closing date was the end of August, so we can safely assume that the evaluation and selection process is now well underway.

You might be wondering why an AR-style rifle platform was requested, and/or if this spells the beginning of the end for the L85 (which has never enjoyed a particularly great reputation). In the first instance, specialist units within the British Army first used “Armalite” rifles during the campaigns in Malaysia and Borneo in the early ’60s – appreciating the rifle for jungle use because of its accuracy, light weight, and low felt-recoil. Here’s an interesting factoid – the British Army actually issued the AR-15 rifle to its troops before the US Air Force or US Army did.

Although the British Army did not end up adopting the AR-15 or M-16 – sticking with the 7.62x51mm L1A1 until 1985 – the Armalite rifle did continue to see service in hotspots around the world from the 1970’s up to the present day with various elements of the UK Special Operations Forces. The British Army also adopted a 7.62x51mm NATO calibre AR-10 derived design as its official ‘Sharpshooter Rifle’, the L129A1, in 2009. Most recently, the Royal Marine Commandos, under the Future Commando Force program, also selected a carbine style AR derivative – the Colt Canada C8 Special Forces Individual Weapon, in both carbine and sub-carbine lengths – known as the L119A1 and L119A2 in British service.

The common view seems to be that the C8-based L119A1 will also be selected as the new Ranger Rifle, but one of the good things about simply specifying any AR style rifle is that there will most certainly be commonality, interchangeability, and interoperability between platforms and accessories no matter which platform is selected. And so it seems that the AR-15 platform has overcome its initially poor reputation and now continues to march forward along the path of global domination.