The Umarex/VFC partnership continues to set the highest standards in airsoft regarding attention to detail and build quality. Their latest replica of the famous Heckler & Koch MP5K sub-machine gun takes things to an even higher level thanks to its realistic blowback action mechanism.

Originally developed in the early 1960’s by former Mauser engineers who founded the firm of Heckler & Koch, the MP5 family would go on to become one of the most well-known and widely-used sub-machine guns in history. The MP5 series is / has been used by military and law enforcement units from over 40 nations, but is no longer manufactured by Heckler & Koch. Nonetheless, the MP5 and its derivatives continue to be manufactured under license in several countries, including Greece, Mexico, Pakistan, and Turkey. 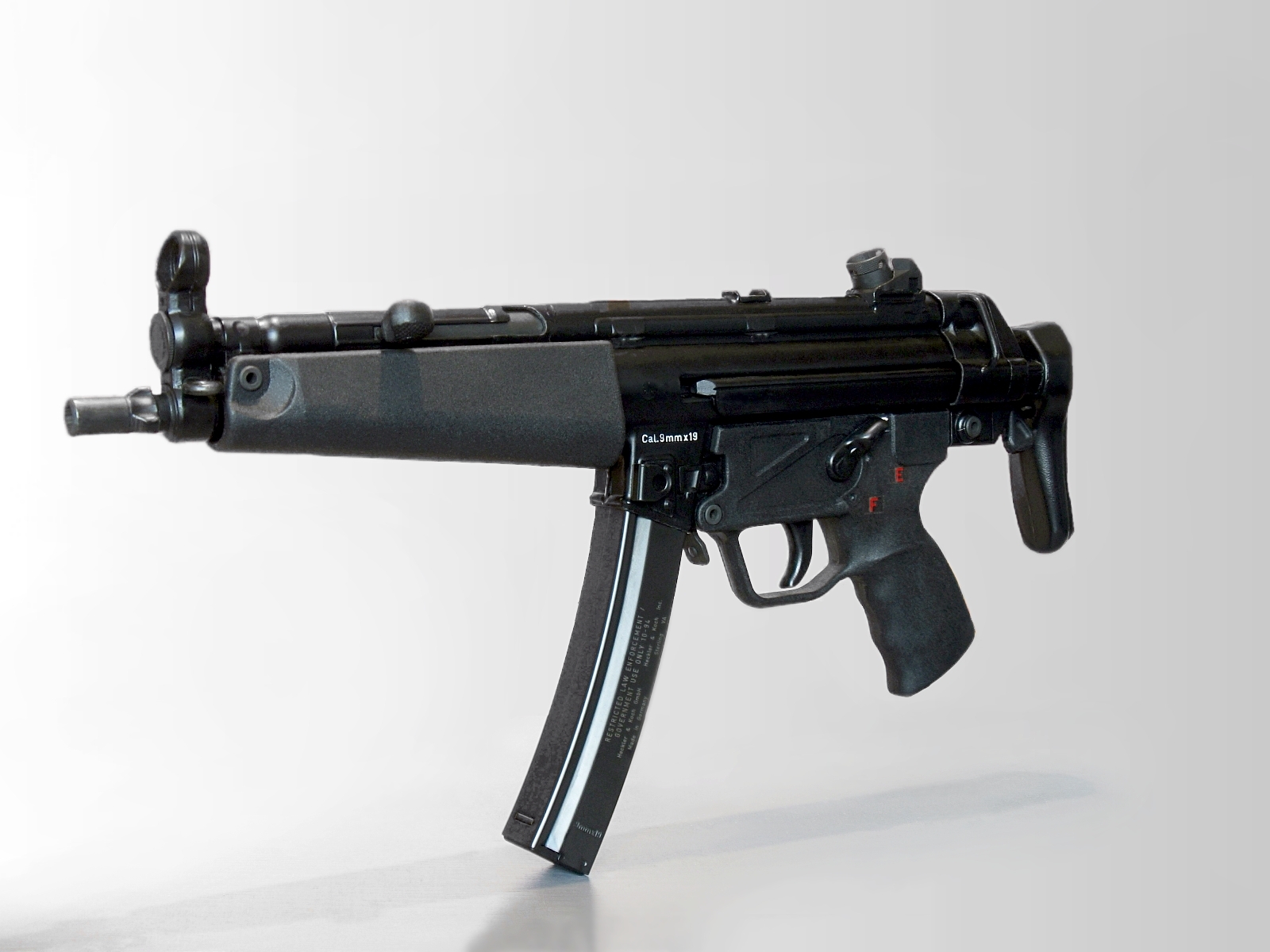 In 1976 a “machine pistol” version was developed called the MP5K (K for ‘kurz’, German for ‘short’). The MP5K featured a much shortened barrel with a vertical foregrip and a short tab to prevent the firer accidentally placing any fingers over the muzzle. The MP5K also did not have a shoulder stock, and the receiver cap was changed to a flat piece of metal with a sling loop attached at the back.

In 1991, a further development of the MP5K was created that was designated the MP5K-PDW (PDW—Personal Defense Weapon). It retained the compact dimensions of the MP5K but added a side-folding synthetic shoulder stock made by the U.S. company Choate Machine and Tool. The MP5K-PDW also featured the US Navy style trigger group and selector markings, a front sight post with a tritium insert, and a slightly lengthened threaded barrel (of the type used on the MP5-N).

Externally, the VFC MP5K-PDW GBBR is constructed from stamped steel with all originals details faithfully replicated, including ribbing and welding spots – it also features a steel charging handle assembly for added authenticity and durability. Internally, it features the latest V2 system as well as a newly designed Trigger Group and Bolt Group. 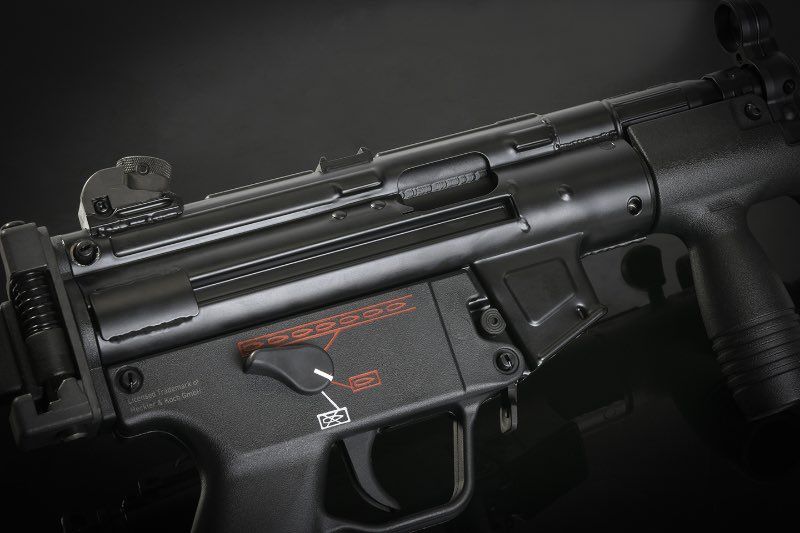 The VFC MP5 K-PDW Trigger Group replicates the well-known “Navy-style” look from the 1980’s and ’90’s. Internally, the V2 system features a “drop-in” style Fire Control Group with newly designed disconnect set, hammer and hammer latch. In looks and function it is as close to the real-deal as you can get in airsoft. 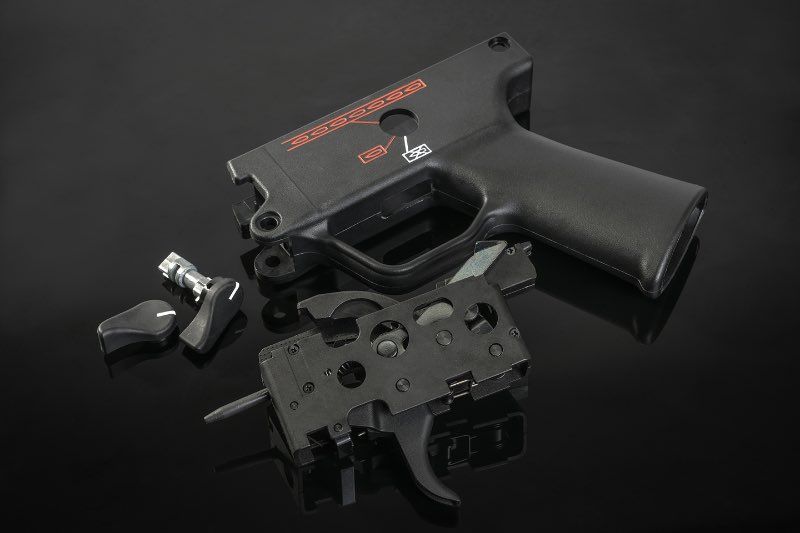 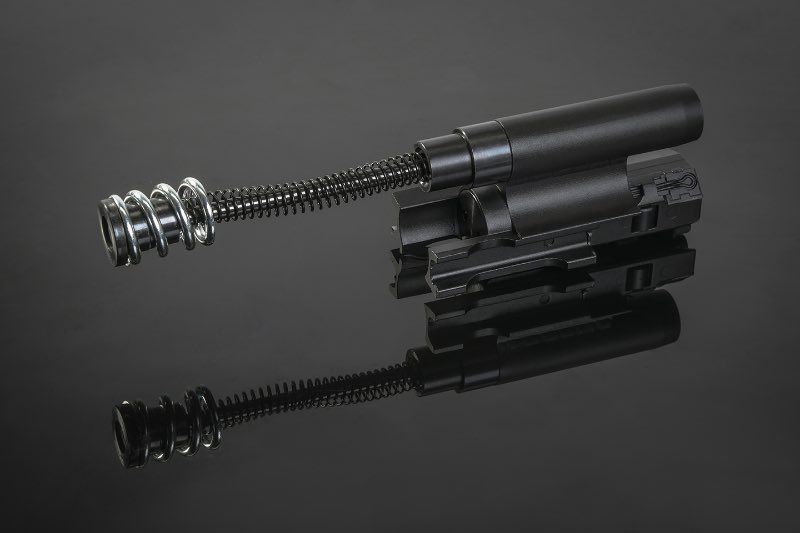 Being an airsoft gun, there has to be a hop-up adjustment system, and on this series the hop is adjusted by rotating a ring at the base of the outer barrel. To adjust the hop to your desired settings you need to remove the forearm / foregrip assembly, and replace it once it is set. The protected position of the hop-up also prevents it from being accidentally bumped and changed. 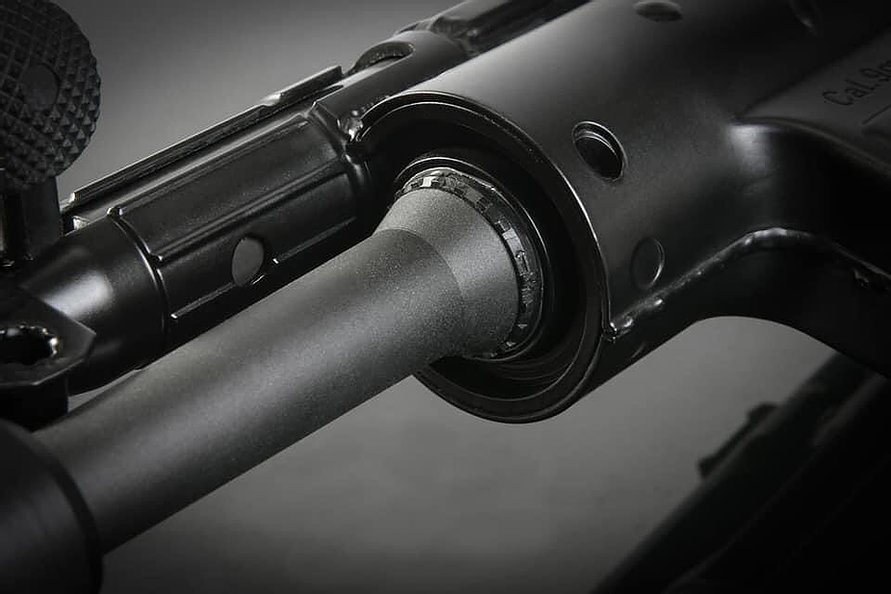 Firing a gas-blowback replica SMG is one of the most enjoyable shooting experiences you can get in airsoft, and an MP5K-PDW ranks as one of the most within that category. So, whether you’re an avid airsoft player, a collector, a reenactor, or military / law enforcement personnel looking for a safe and low-cost training platform – this latest addition to the  VFC MP5 GBBR V2 family will be sure to please!

The official website for the MP5K-PDW GBBR is here.