As a result, many of the elite Luftwaffe paratroops were shot dead even before hitting the ground. To make things worse, they jumped armed only with pistols or machine-pistols. Their rifles, sub-mgs and heavier equipment being dropped separately in containers. Getting rid of the parachute and finding the containers while under fire from the well prepared defences proved a deadly task and the number of casualties raised accordingly. 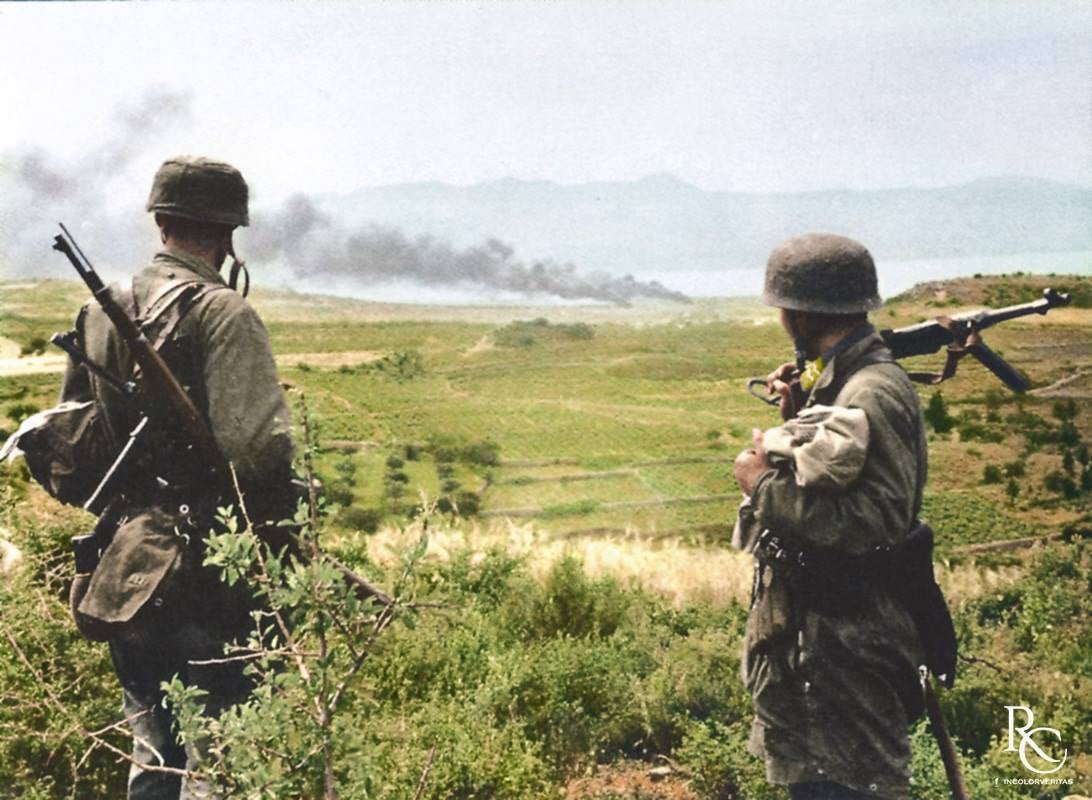 In this photo, two Fallschirmjäger (or Fallschirmjaeger if you don’t have umlauts), lucky enough to have survived the drop and find their weapons, look towards the coast and their next objective. The spot has however often been wrongly identified as being near Suda Bay. Using the mountain tops on the horizon as a guide, it appears that the correct location is in the hills near Maleme airfield, looking North-west. Part of the runway can even be seen on the left, half hidden by the soldier.

If true, these men probably belonged to the 1st (Koch) or 3rd Battalion of the 3rd Fallschirmjäger Regiment. They had dropped on Hill 107, defended by the 22nd New Zealander Battalion. It is on the slopes of Hill 107, overlooking the airfield, that the German War Cemetery is also located.