UF PRO has announced its new Striker ULT Combat Pants – which the company says has similar characteristics to the U.S. Army Improved Hot Weather Uniform. Weighing less than a kilogram, Striker ULT offers excellent durability, breathability, and quick-drying characteristics – which makes it ideal for use in hot / tropical environments. 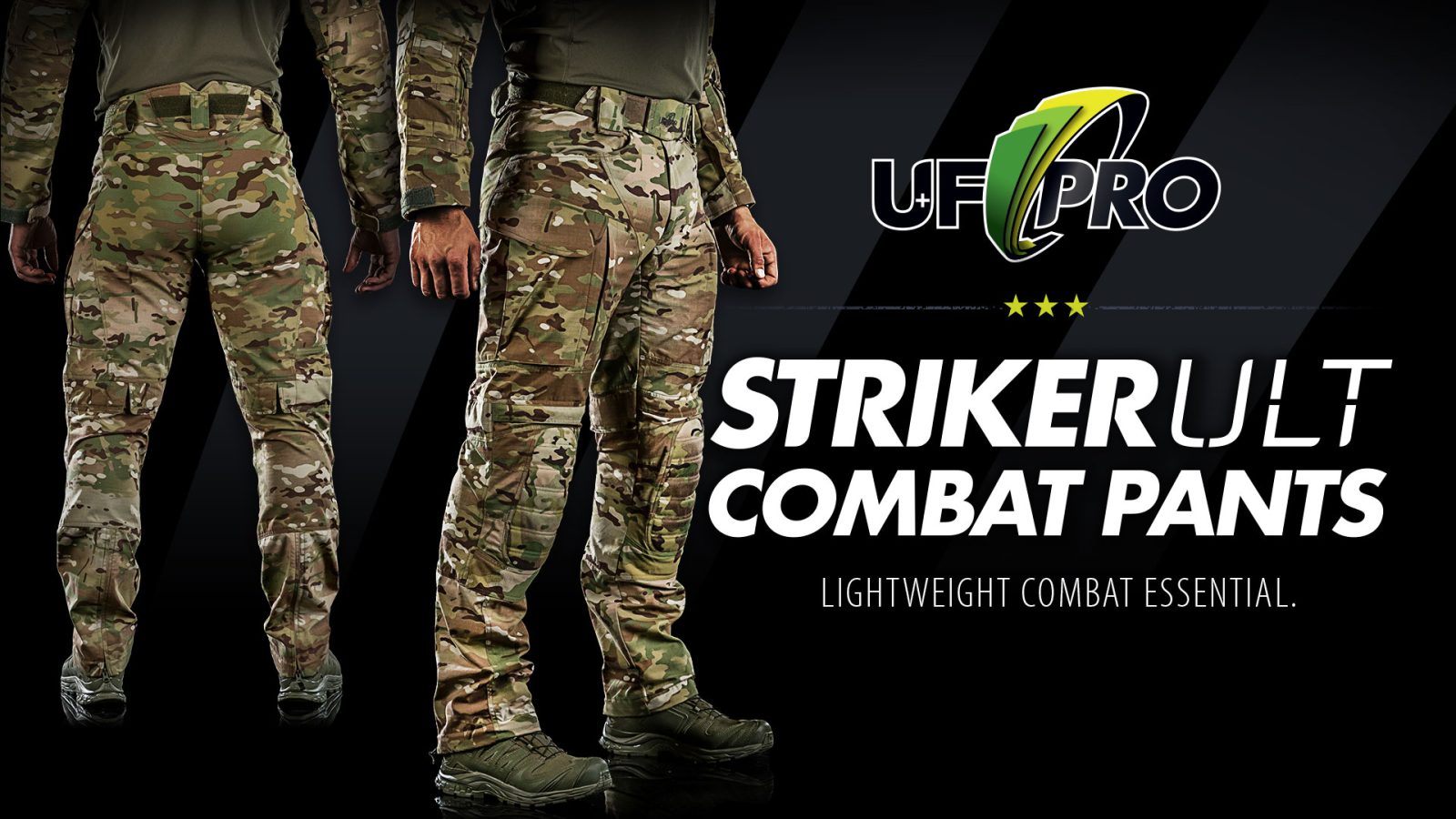 “We built the Striker ULT from the ground up with one objective in mind: to maximise the performance and comfort of those who wear it, whether they’re engaged in operations in a hot desert, tropical environments, or right here in temperate Europe during the summer”, said Armin Wagner, head of UF PRO product development. 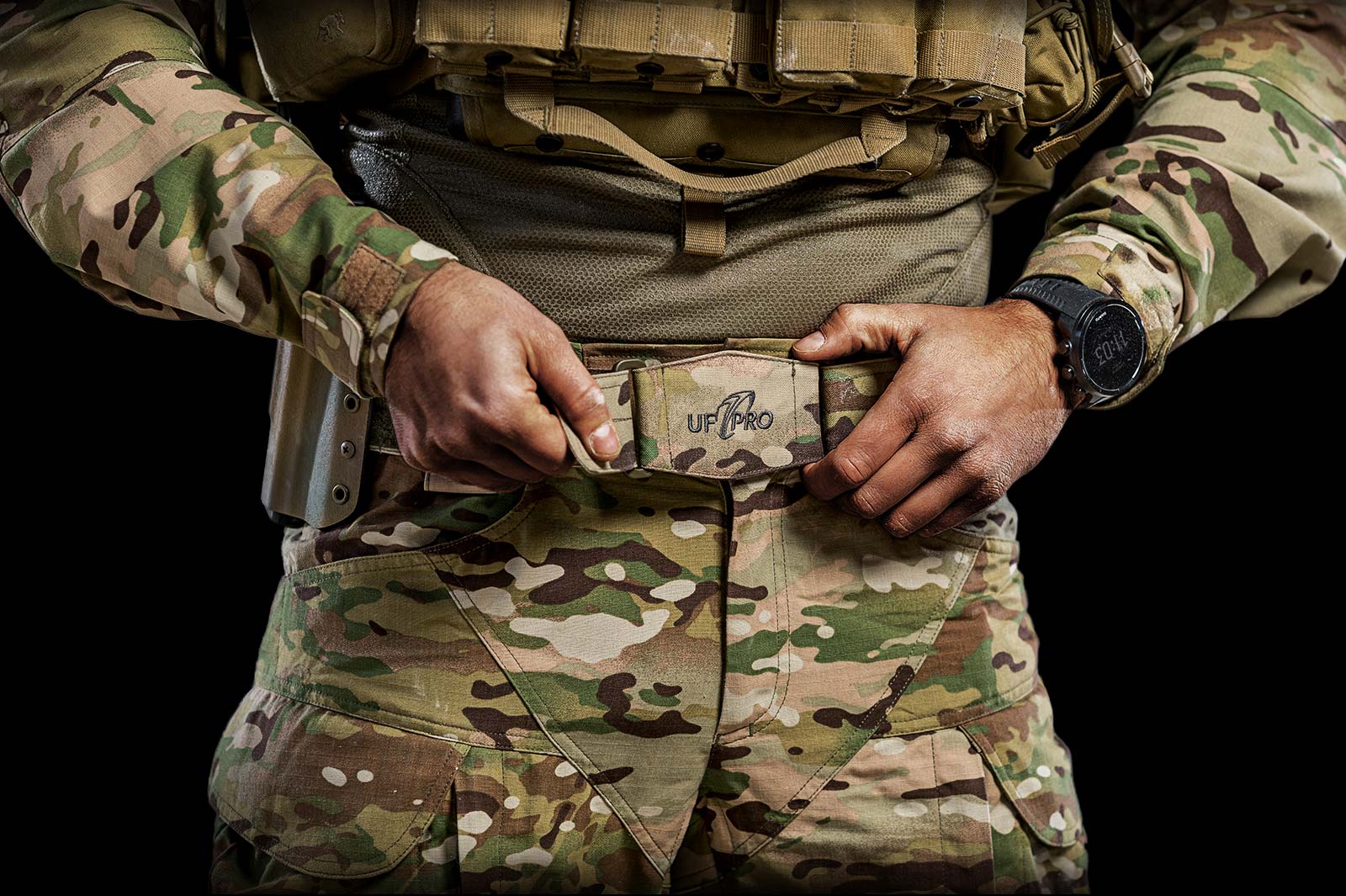 A unique new feature of the Striker ULT Combat Pants is the Waist/Flex System, which helps keep the pants properly fitted to the wearer’s body. The system—made with Schoeller-dynamic stretch panels—includes an integrated under-belt. “The Waist/Flex System’s midsection is plastic-reinforced, button-secured, and adjustable to prevent upward shifting of the under-belt, even if a heavily laden battle belt is worn atop it,” Wagner clarified. Wagner also contended that the Waist/Flex System not only makes a direct, significant contribution to the wearer’s performance in the field, but also increases comfort.

Comfort is enhanced in other ways too. The likelihood of the Striker ULT Combat Pants developing folds or sliding down along the hips is virtually null owing to air/pac® pads inserted at the rear of the waist. According to Wagner, “The pads create adhesion where the body curves in, so the pants stay right where they’re supposed to as the wearer moves about. Without the pads, there would be a gap between the pants and the wearer’s lower back—and the presence of that gap is what would allow the pants to slide down.” 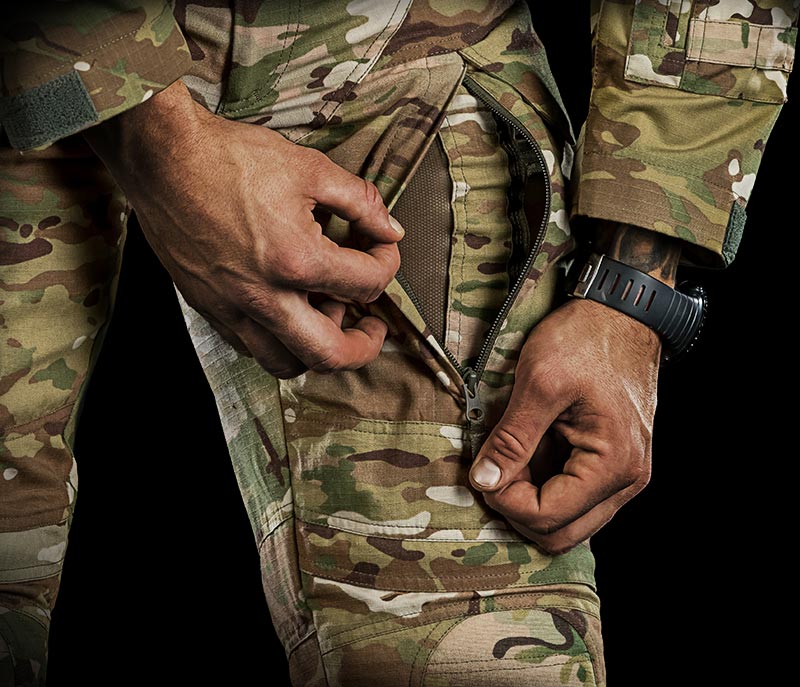 Another way that comfort is enhanced is by means of specifically located vents. NyCo Extreme material is by itself very breathable, but the Striker ULT Combat Pants also have openable vents in the side pockets and lower legs for those times when the wearer wants more airflow inside the pants for ventilation and heat mitigation. 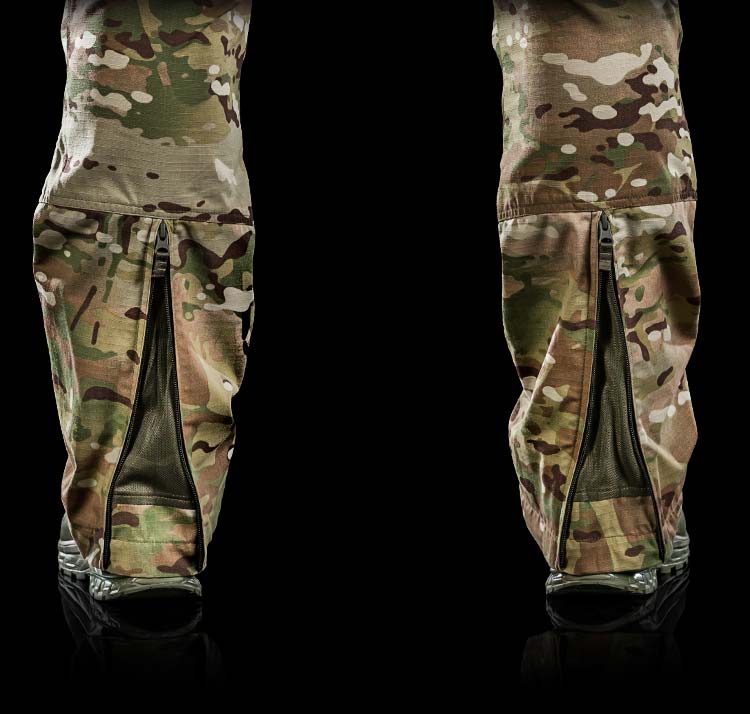 In terms of functionality, there are a total of six ultra-large side-pockets stitched into the pants, which permits the wearer to carry a sizable amount of mission and personal gear on an operation.  To secure this amount of gear, each pocket comes with a bungee cord along the upper edge, plus additional elastic bands inside. As is usual with UF PRO designs, the pockets feature a vertical zipper that makes gear retrieval simple and fast from a kneeling position. The pockets also feature sealable flaps, secured with rubber Canadian-style buttons. Finally, each pair of pants will ship with an easy-to-use kit for those who want to replace the buttons with hook-and-loop strips. 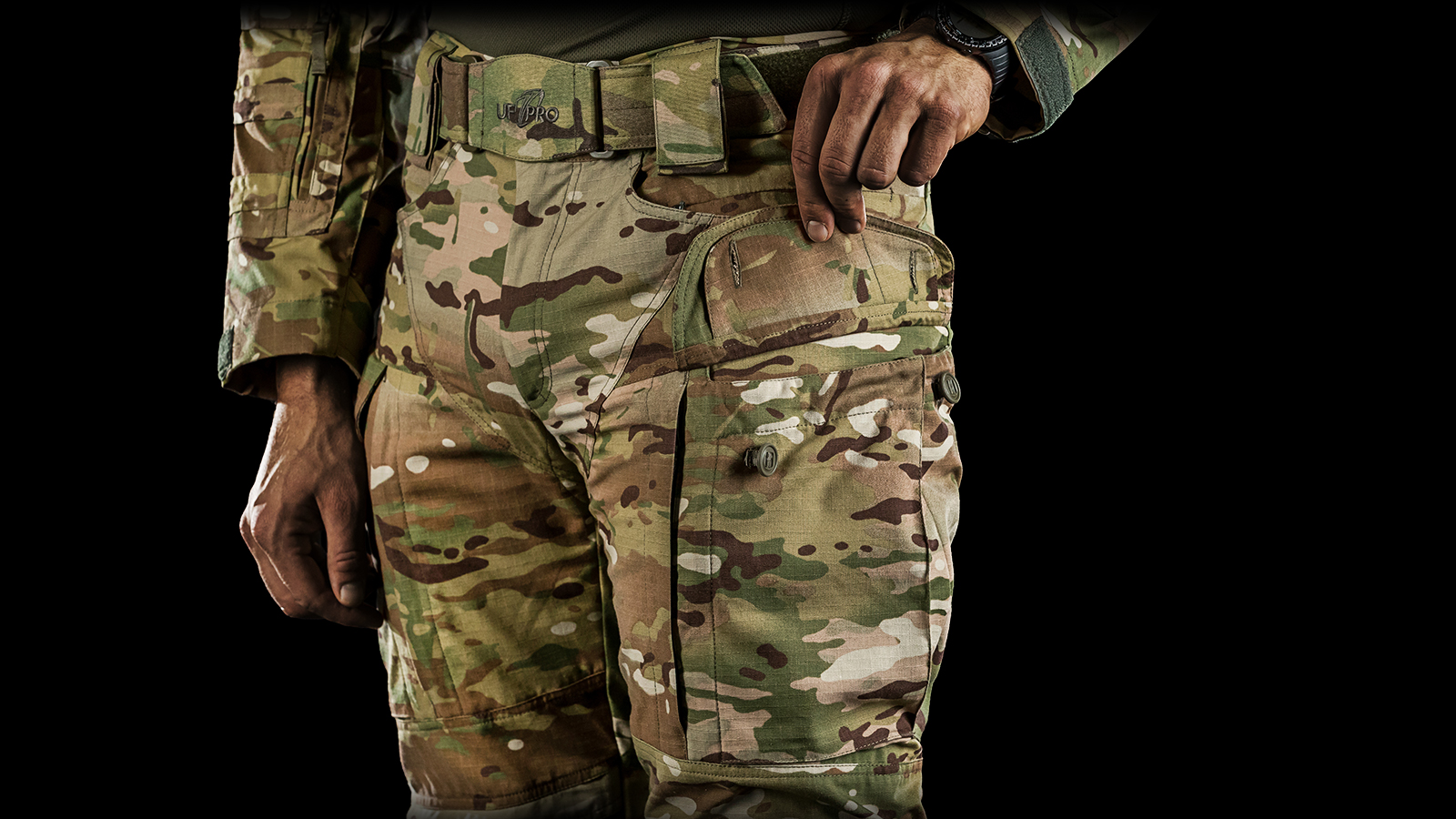 Another key feature of the Striker ULT Combat Pants is their built-in knee pockets. These pockets hold UF PRO’s battle-proven, knee-protection system that allows wearers to shield knees from either impacts or sharp objects – the interior of the knees is also lined with moisture-wicking 37.5™ technology material to draw away sweat. Finally, the knees of the pants are adjustable, which allows the wearer to calibrate the pants to the shape of their body and preference. 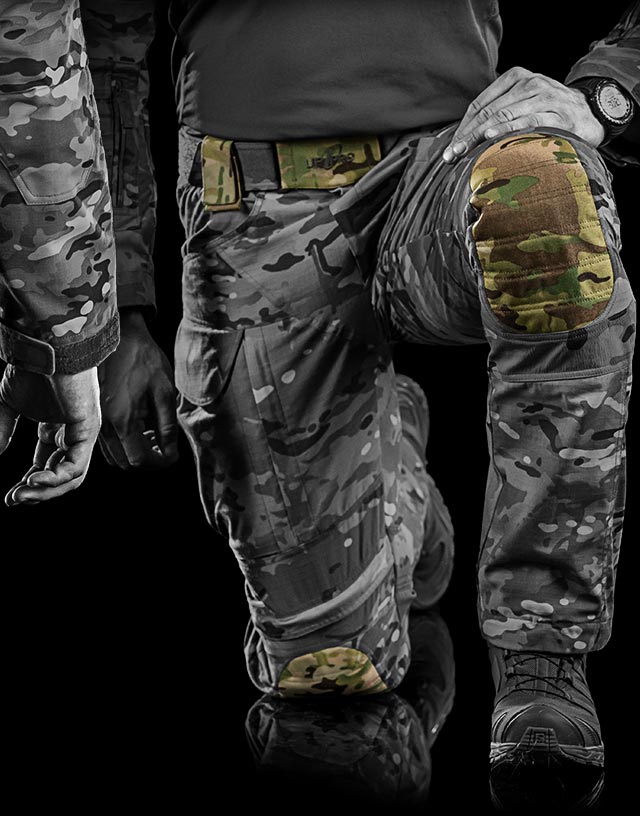 Lastly, the Striker ULT Combat Pants also include boot hooks attached to the bottom of each leg that allow the wearer to connect the laces of their boots to the hooks – ensuring that the pants stay put and keep dirt, debris, and insects out. 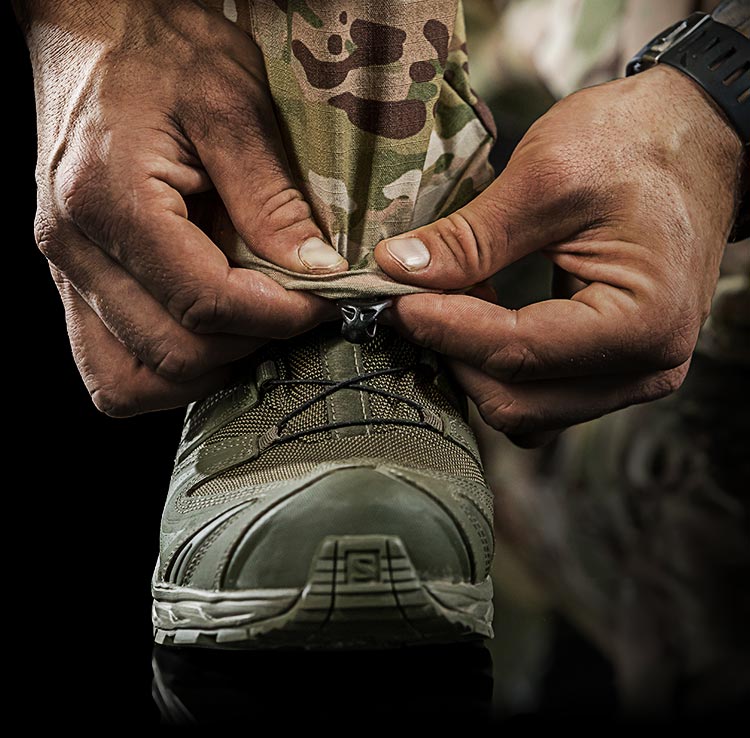 The Striker ULT Combat Pants will become available for purchase on June 10 in two colors, Brown Grey and MultiCam, and are expected to be priced at €239 per pair. 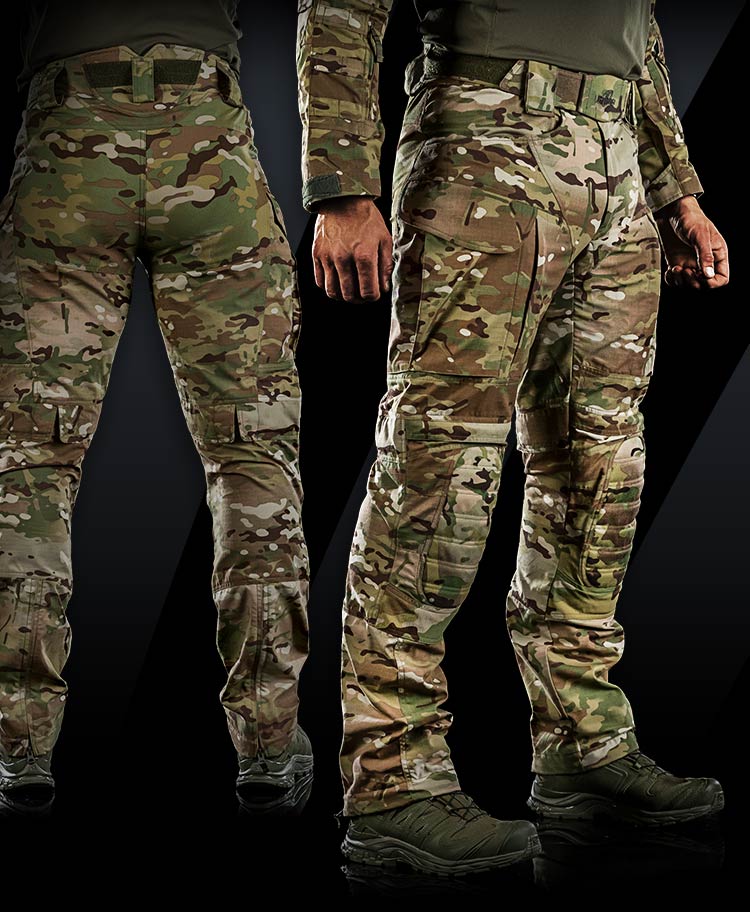