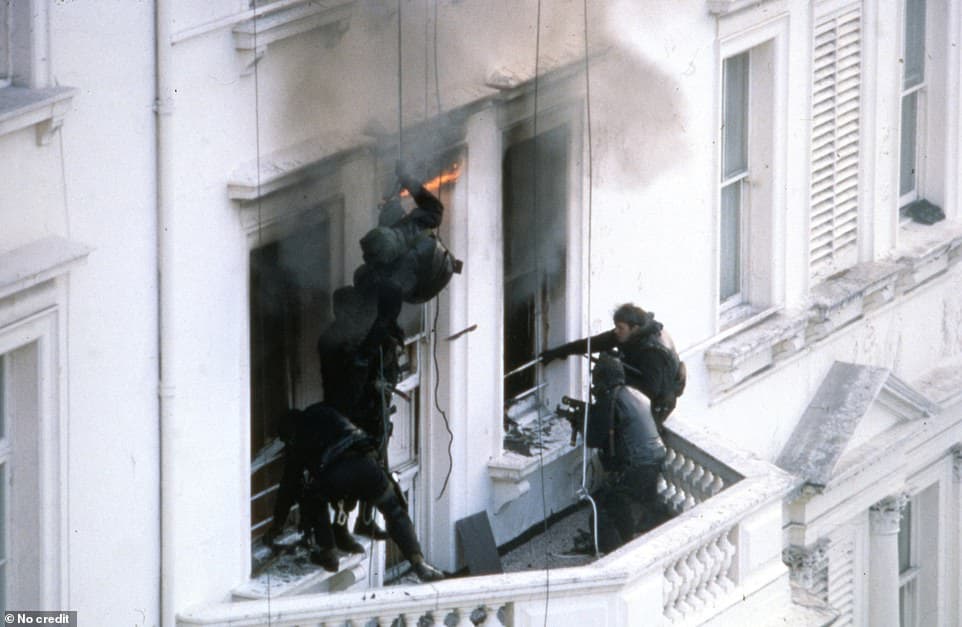 The Iranian Embassy siege took place from 30 April to 5 May 1980, at the Iranian embassy on Prince’s Gate in South Kensington, London when a group of armed Iranian Arabs demanding sovereignty of Khuzestan Province took 26 people hostage, including embassy staff, visitors, and a British police officer who was on guard duty. British police negotiators eventually secured the release of five hostages in exchange for some minor concessions. By the sixth day however the gunmen were frustrated that more wasn’t being done to meet their demands, so that evening, they killed a hostage and threw his body out of the embassy.

A unit of the Special Air Service (SAS), which had been on standby and rehearsing to conduct a hostage rescue action, initiated “Operation Nimrod” – their code name for the rescue mission. In a closely timed assault, the SAS Troopers, abseiled from the roof and blasted their way into the embassy through balcony windows and the rear entrance of the building. During the 17-minute raid they rescued all but one of the remaining hostages and killed five of the six terrorists. The sole remaining perpetrator served 27 years in British prison.