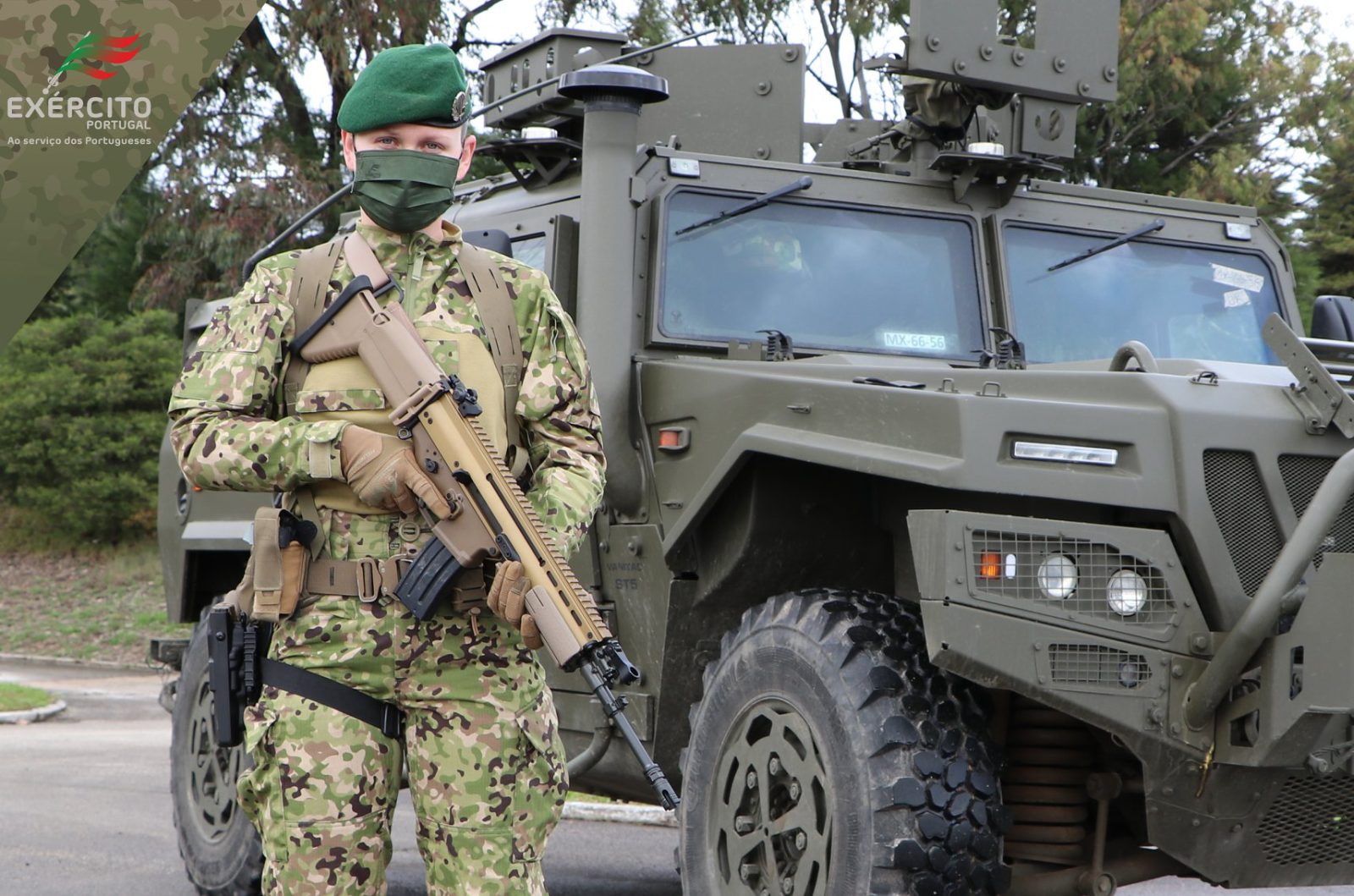 A Portuguese paratrooper poses for a photo demonstrating their new modular load carriage and armor protection system, the M18 camouflage uniform (‘multifleck’) introduced last year, and an FN SCAR-L assault rifle. The FN SCAR was adopted by the Portuguese Army last year as well. Members of Portugal’s Special Operations Forces however appear to opted for the HK416A5 instead, while the Portuguese Navy and Marines have modernized and upgraded their G3 rifles.