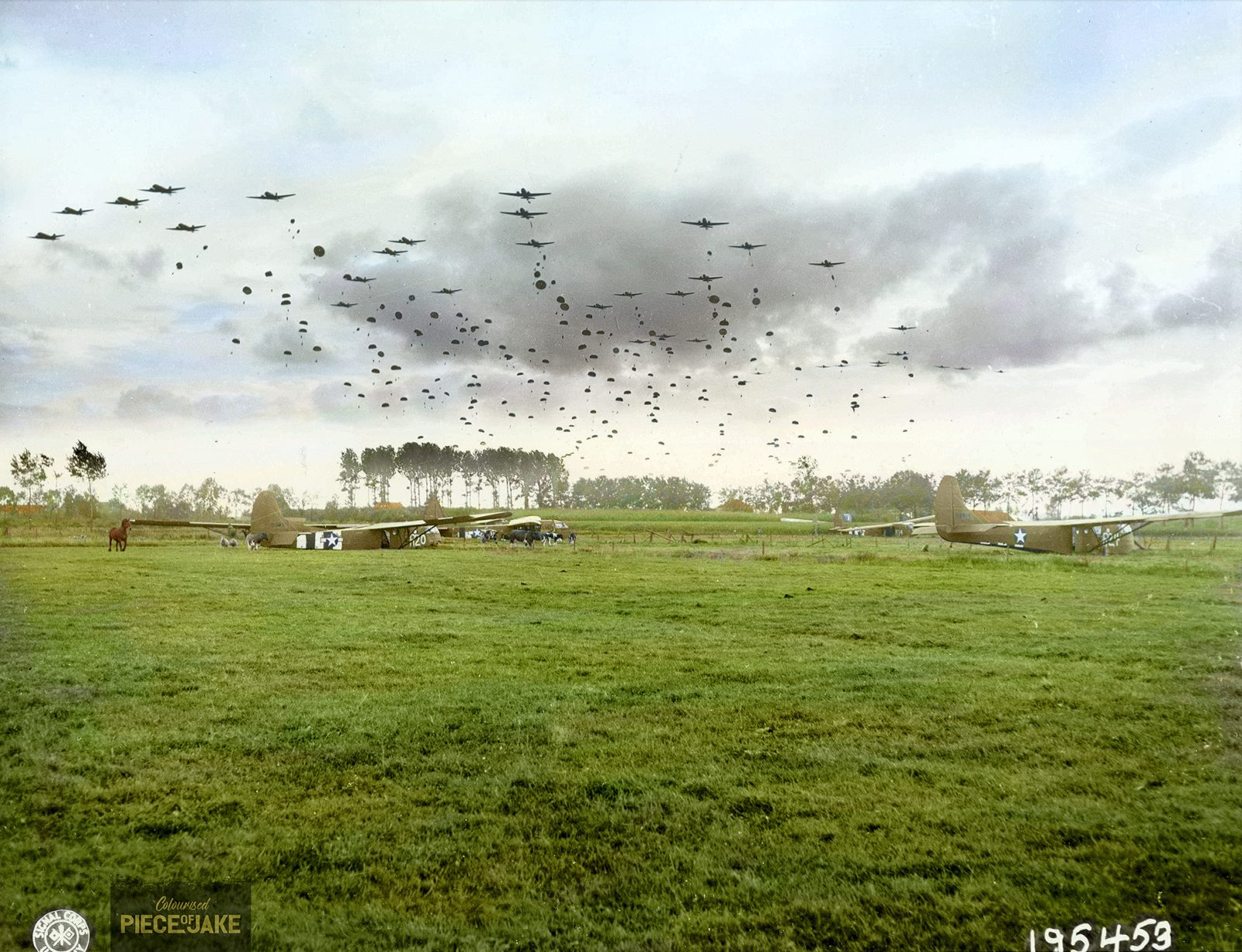 By this date however; Operation Market Garden had already stalled and although a tactical gain was not to be made, the Brigade did manage to send some of their numbers across the river to reinforce the British paratroopers trapped in Oosterbeek, and secure a corridor for their eventual evacuation.

The Poles paid a heavy price for their role in the Battle of Arnhem – the Brigade suffered a devastating 25% casualty rate.

Original photo by the US Army, Colourised by PIECE of JAKE