Back in December we reported on the program to develop and adopt a new pistol and assault rifle for the Japanese Self-Defense Forces. We now know that the new 5.56x45mm calibre rifle is called the Type 20, and the first photos of the finished article have appeared. 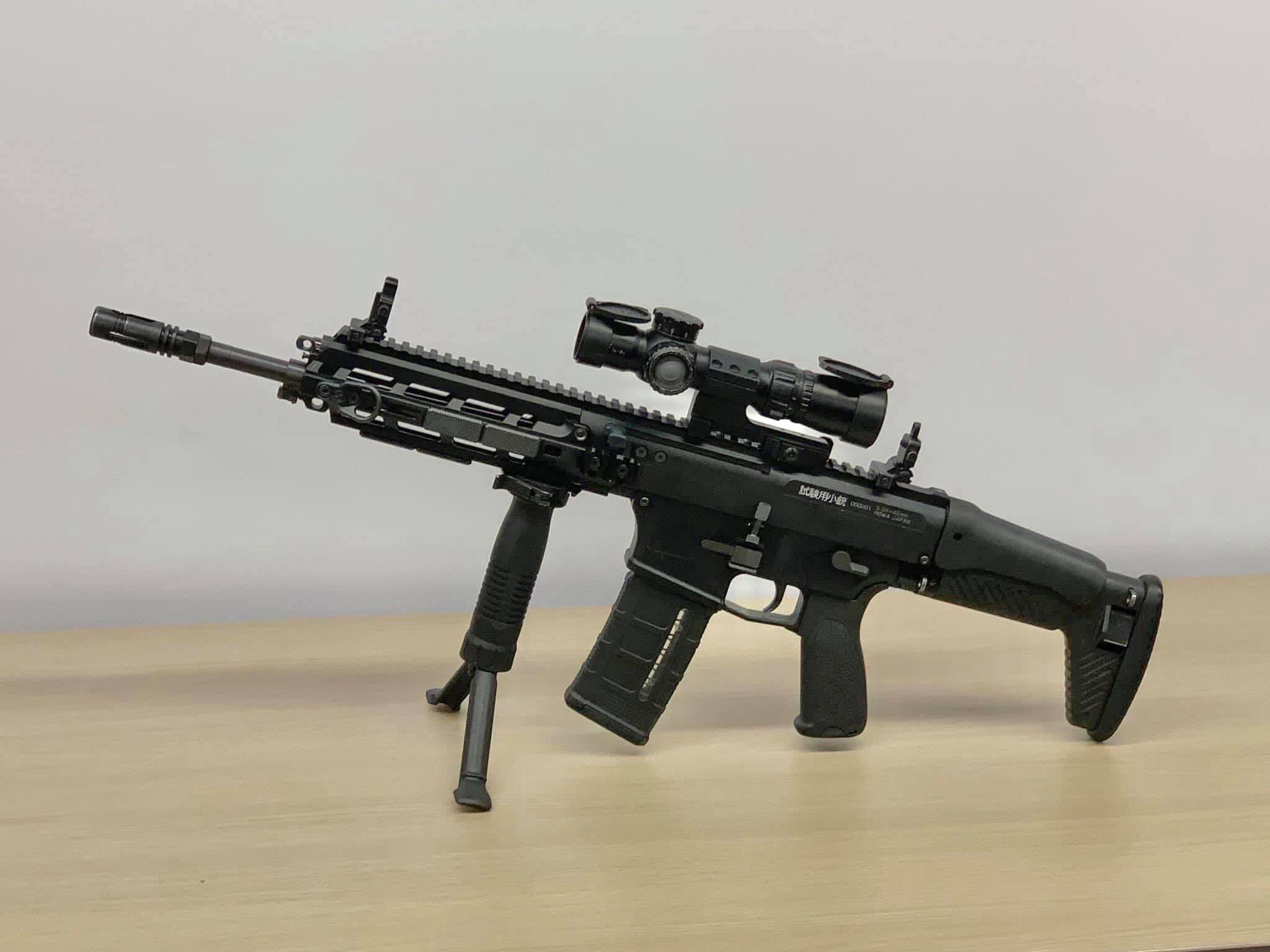 The Type 20 most likely uses the same type of AR-18 style gas operating system used by the Type 89 rifle, and bears a strong external resemblance to the Remington ACR and the FNH SCAR-L – in fact, it will probably get nicknamed “the Japanese SCAR” by online commentators.

The Type 20 rifle is set to replace the Type 89 rifle – which itself never fully replaced the 7.62x51mm Type 64 rifle. The first users to receive the new rifle will be the JGSDF’s relatively new Amphibious Rapid Deployment Brigade. Beyond that, the Japanese Ministry of Defense apparently estimates that it will take 30 years (!) to achieve full issue of the planned 150,000 rifles to all of the JSDF. 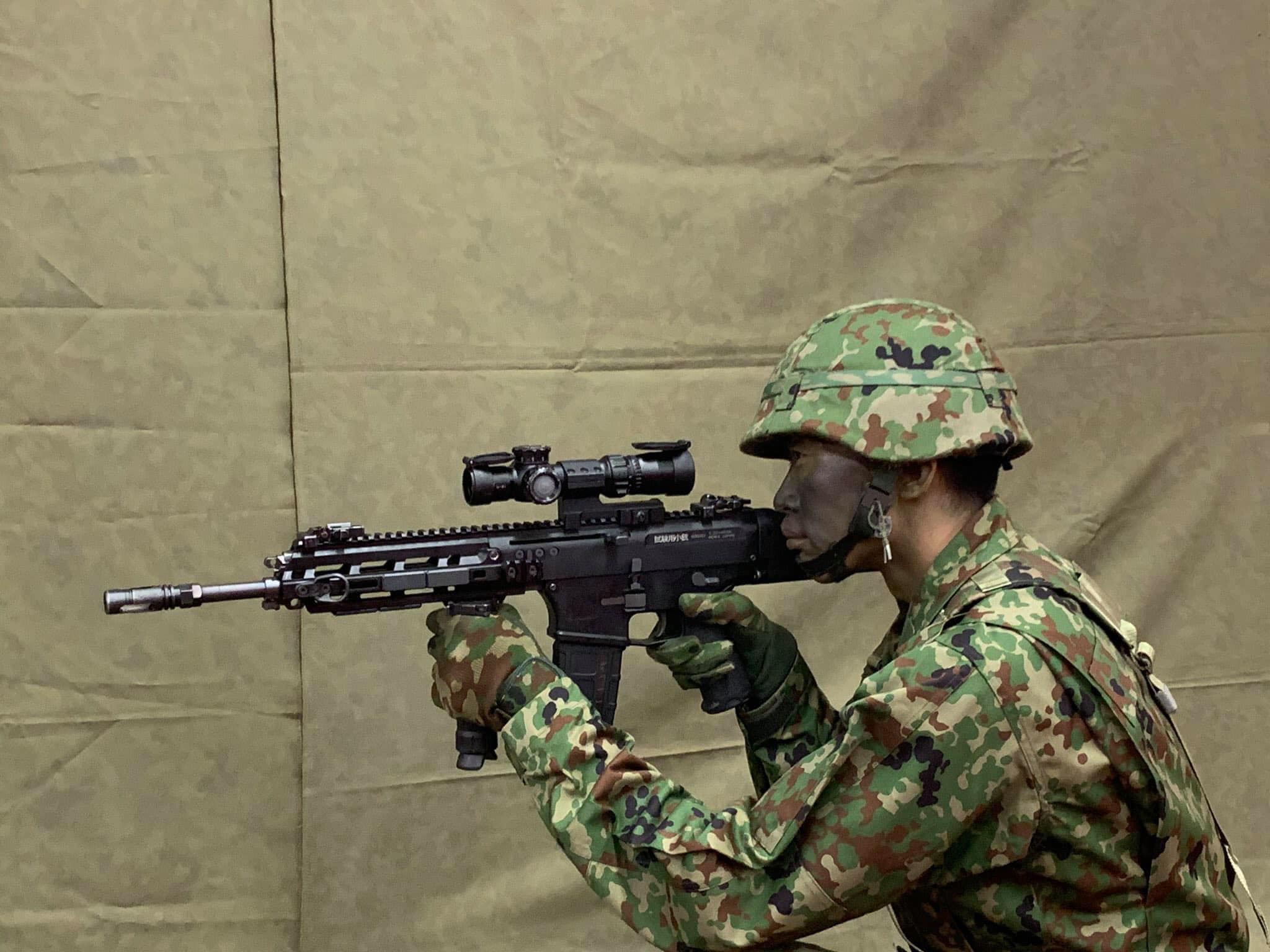 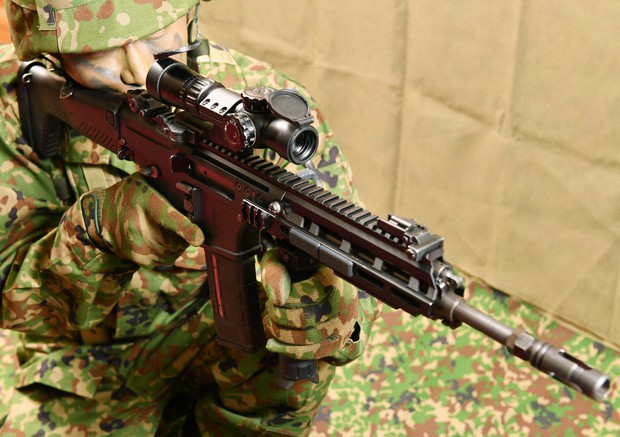 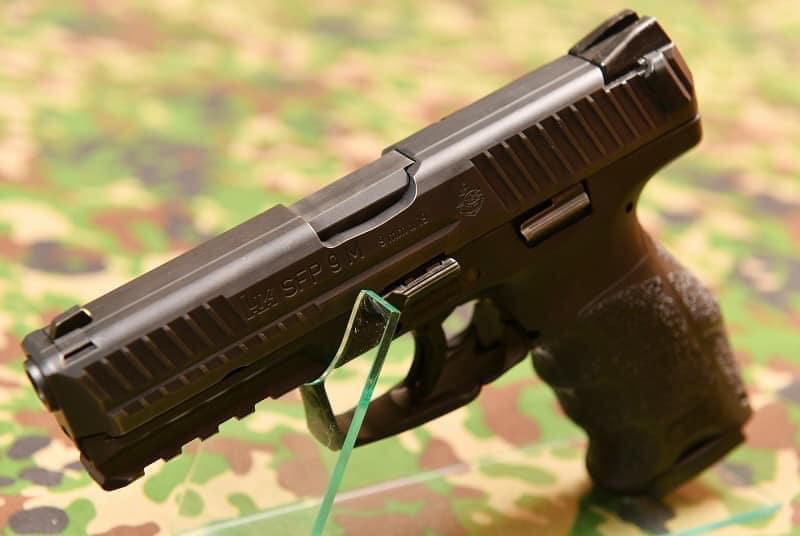