Introduced in 1968, the HK33 was Heckler & Koch’s adaptation of the roller-locked, delayed-blowback operating system to the 5.56x45mm / .223 Remington cartridge.

In addition to the standard full-length rifle (with a 15.35 inch barrel), a shorter version was made as the HK33K (with a collapsing stock and 12.4 inch barrel). HK also made a “submachine gun” variant, the HK53 (with an 8.3 inch barrel).

The HK33 is overshadowed by its big brother the G3, and although it was not officially adopted by the Bundeswehr, it did see quite a bit of use with German federal and state police forces as well as several European special operations units. In the UK, the HK33 and ’53 were used by armed police in the Northern Ireland, and by the SAS and SBS. The HK33 also nearly became the new rifle of the French Army in the 1970s, and went on to be adopted by dozens of other countries. 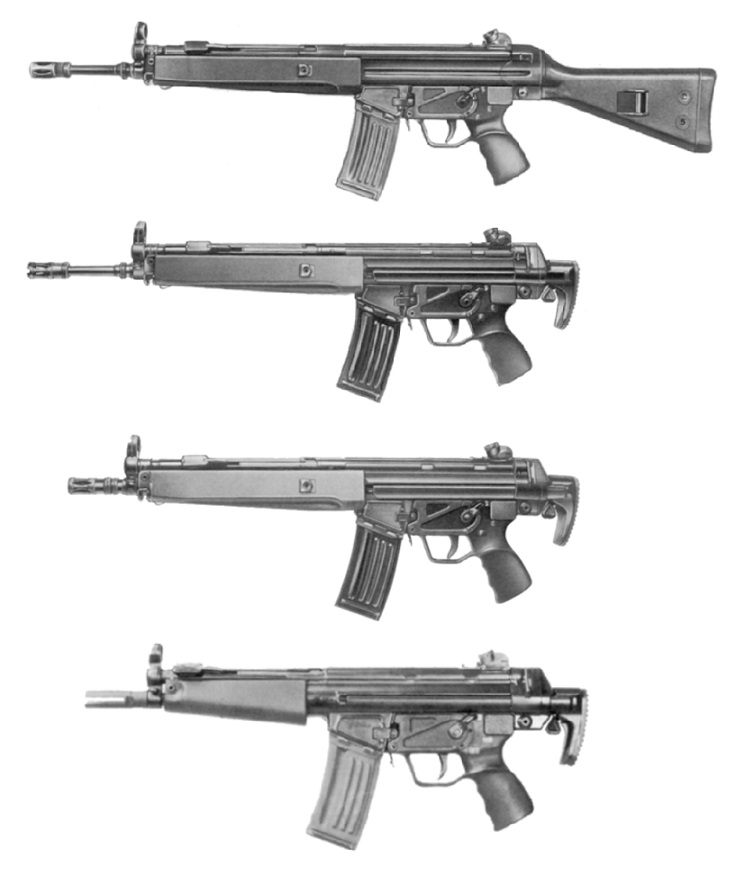 It was also licensed to several countries for local manufacture: including; Thailand – which bought 40,000 rifles and the rights to manufacture 30,000 more – Portugal,  and Turkey – which has manufactured thousands of the rifle in various variations at the state-owned MKEK corporation. 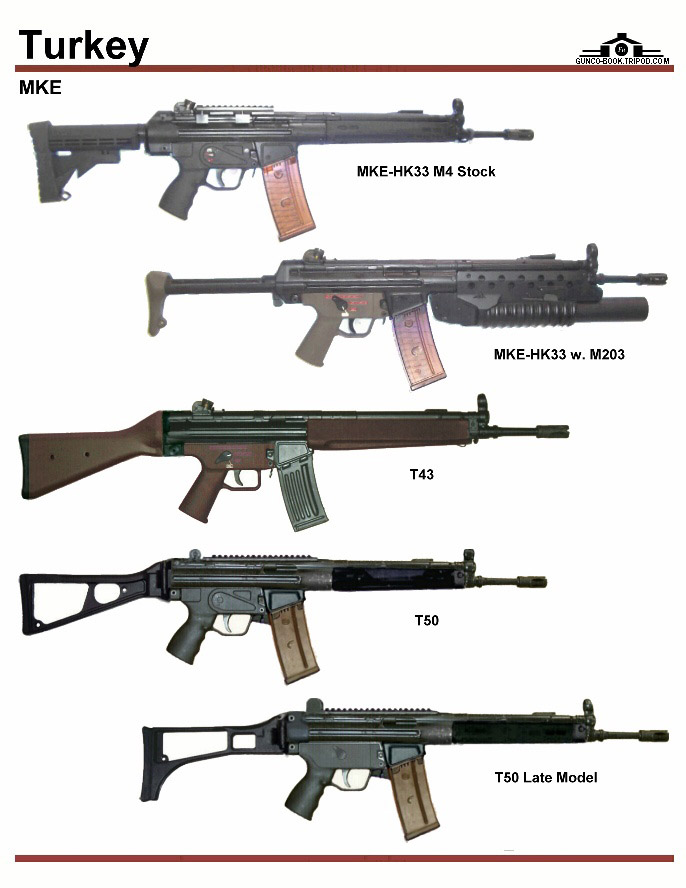 In the US the rifle was also popular in the 1970s and ’80s in its civilian form as the HK93, and nowadays there are also some specialist gunsmithing works that produce modernized versions that are compatible with AR magazines.

The HK33 and 53 have always been one of my personal favorites, and I’ve always thought that HK should have done simply added add a last-round, bolt-hold-open device, and reshape the magwell to accept AR/M16 style STANAG magazines. Instead, they went off and developed the G41, which included those features, that ultimately proved strangely unreliable in use, and unpopular in terms of sales too.

At any rate, in the video below, Ian from Forgotten Weapons gets up close and personal with representative samples of the ’33 and ’53.