The Imperial Japanese Army developed an airborne paratroop force in the late 1930s, but the program did not receive much attention by the Imperial General Headquarters until review of the success of similar German paratroop units during the Blitzkrieg of 1940 and the capture of Crete in 1941.

Japanese Army paratroops were first deployed in combat during the Battle of Palembang, on Sumatra in the Netherlands East Indies, on 14 February 1942. The operation was well-planned, with 425 men of the 1st Parachute Raiding Regiment seizing Palembang airfield, while the paratroopers of the 2nd Parachute Raiding Regiment seized the town and its important oil refinery. 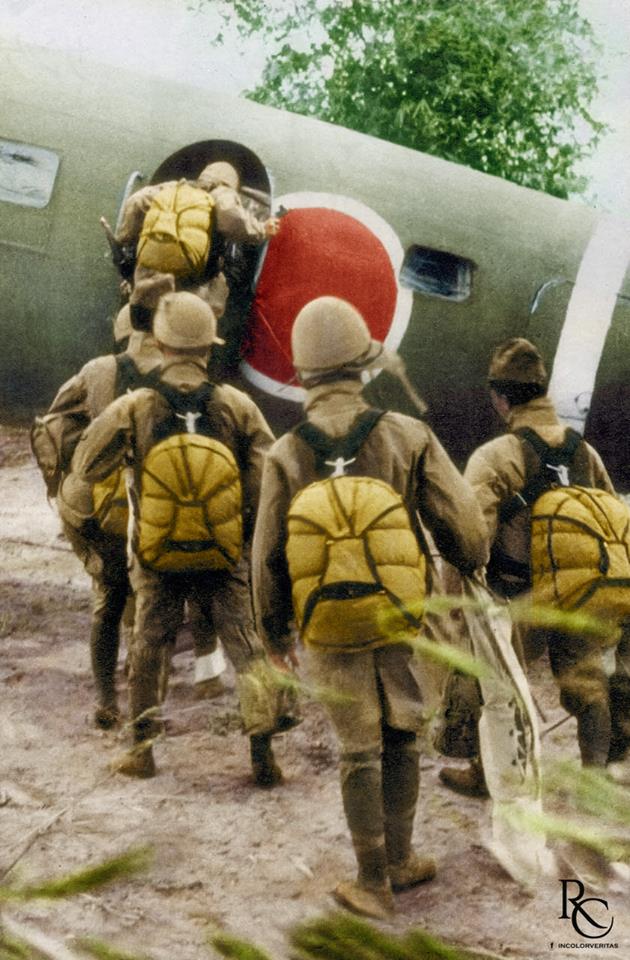 In this photo, taken on that day at Clark Field, Luzon, Japanese paratroopers board a Mitsubishi Ki-57 Type 100 transport airplane. They wear Type 4 (1944) parachutes and a few carry their leg bags, for attachment once they are on board.

The objective of this particular operation was the occupation of 3 airfields in US hands near Barauen, South Leyte. It would be a coordinated effort with the Japanese attacking both by air and land.

The Japanese paratroopers were counting on the shock effect of soldiers dropping from the sky but this was lost on the US troops defending the area since they were themselves paratroopers, from the US 11th Airborne Division.

After losing about half their men, the Japanese paratroopers withdrew from the area, eventually linking up with the Japanese 26th Infantry Division on December 18. Because many elements of different US units were committed piecemeal, it is unclear how many US casualties there were. The loss of 11 liaison aircraft and damage to other aircrafts parked in the airfields hampered the resupply of US front line units for a few days.

As far as is known, this was the only time Japanese and US paratroopers fought against each other.

(Colour and text by Rui Candeias) 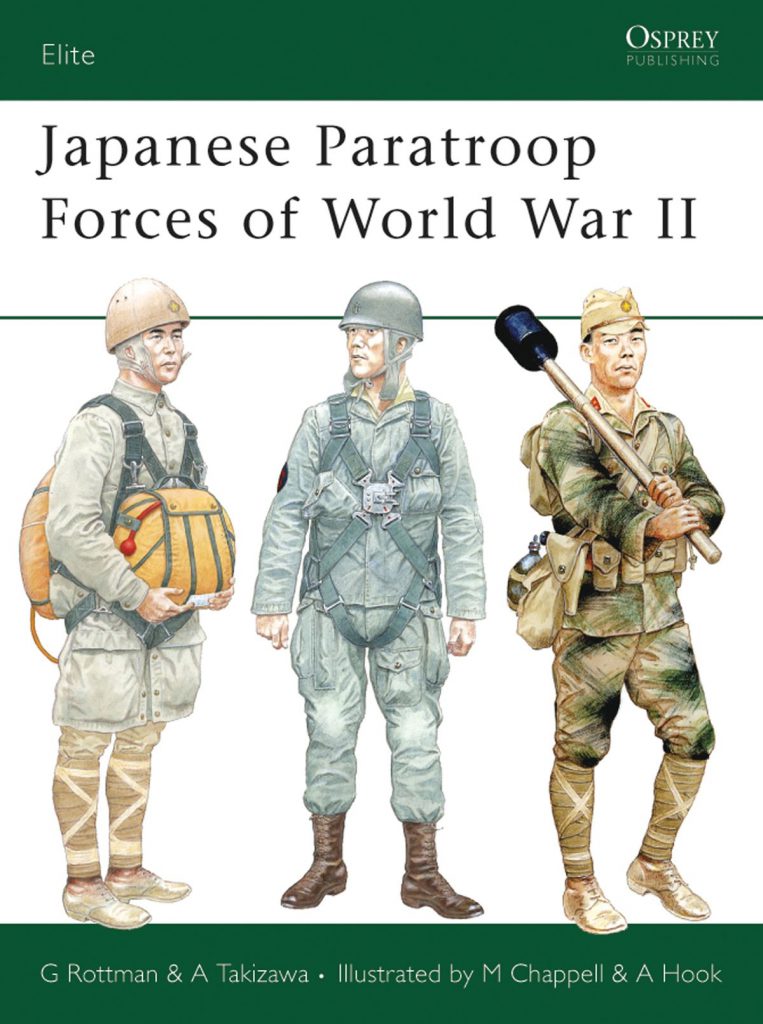