There are very cold environments and then there is Arctic cold.

In the Arctic, a single mistake or mishap may be only minutes from disaster. A lost glove system, an ignored cold foot, heavy sweating from overexertion without clothing management, or a skidoo accident can result in rapidly progressing injury without hope for a quick evacuation to warmer surroundings or even cover from wind in a tree line.

“A military mission in the Arctic involves more than just survival,” said Dr. Karl Friedl, senior research scientist for physiology, from the U.S. Army Research Institute of Environmental Medicine, or USARIEM. “Agile performance requires a high level of preparation and training, as well as every advantage that the Army research community can provide.” 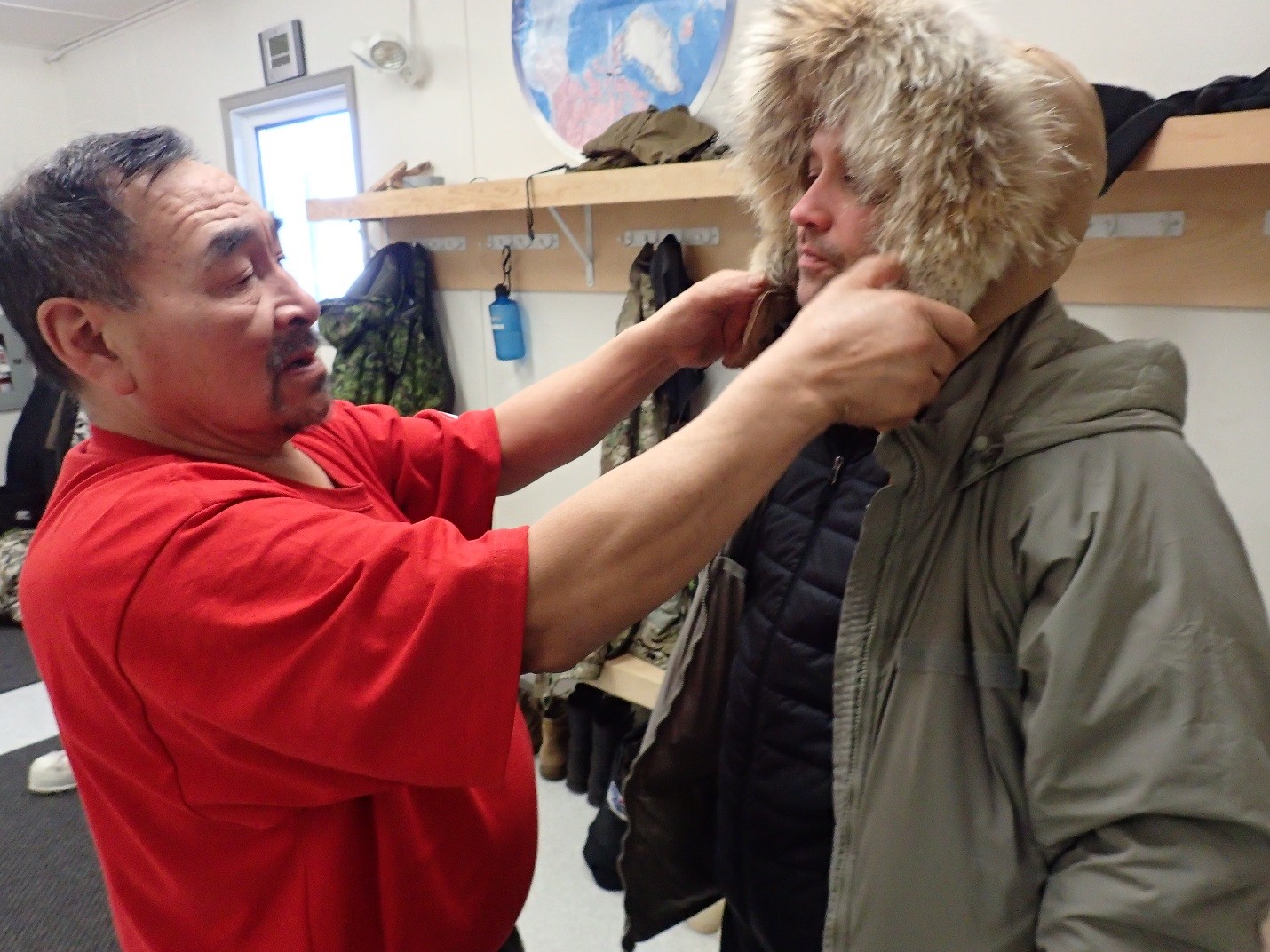 Friedl added that the best way to find out what Soldiers need to fight and win in the unforgiving cold is to experience the cold first-hand and learn from cold-dwelling experts.

Last month, Friedl had that opportunity when he joined a small team of cold-experienced Soldiers from the Vermont Army National Guard on a Guerrier Nordic field training exercise, which was under the leadership of the 35th Canadian Brigade Group. Researchers from the Combat Capabilities Development Command Soldier Center, or CCDC SC, and Defence Research and Development Canada-Toronto, or DRDC-Toronto, also accompanied the field exercise in order to test new protective clothing concepts and equipment. 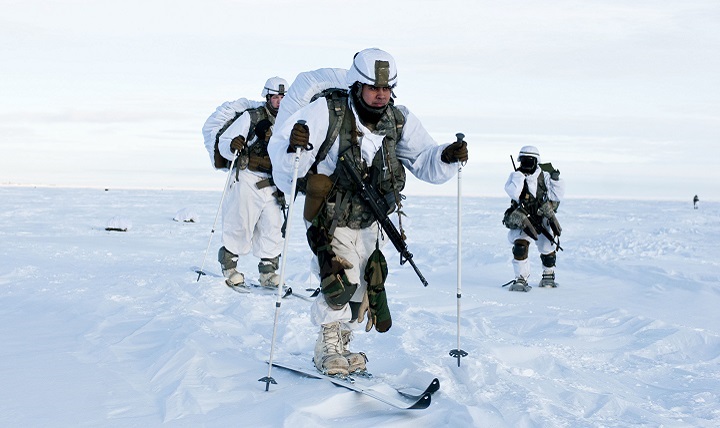 “I was privileged to accompany the U.S. and Canadian soldiers to the Arctic as a ‘fusilier,’ or rifleman, in the second platoon, in order to gain first-hand understanding of the performance challenges that might be addressed by Army researchers,” Friedl said. “It was also an opportunity for me to learn from the native cold dwellers, the Canadian Inuit rangers, who accompanied and guided the exercise.”

Friedl noted that the Inuit use modern technologies where they provide an advantage. Skidoos and GPS systems have replaced traditional sled dogs and navigating by the terrain and stars. Yet, the protective clothing they have worn for centuries, particularly the mittens, animal fur and tight-fitting hoods of their anoraks, remains unchanged. 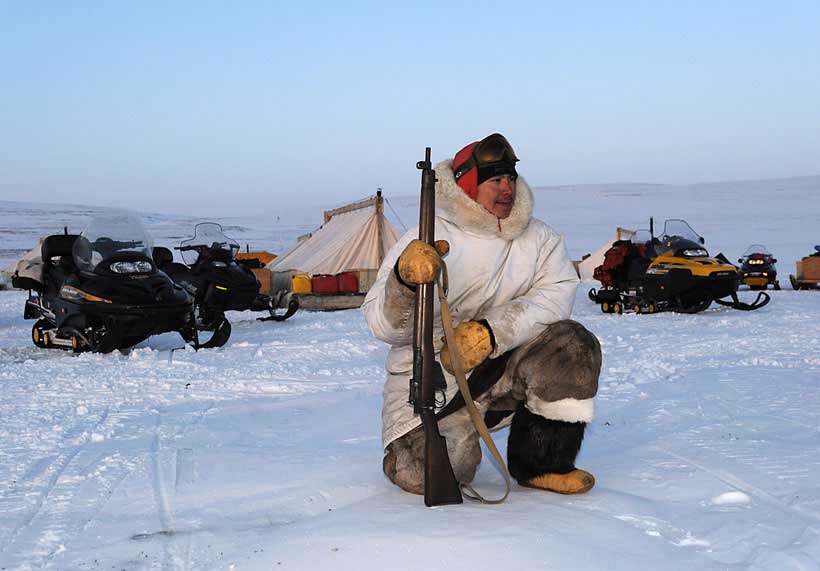 Clothing is not only the component Inuit rangers use to stay warm. They have also retained their traditional dietary preferences, especially seal, caribou and Arctic char. According to Friedl, the rangers assert that nutrition is just as essential as clothing when it comes to performing in extreme cold conditions. Friedl noted that more research is needed to address U.S. Soldiers’ nutrition and hydration needs in the cold.

“On rest stops during the Arctic exercise, plain hot water from a thermos never tasted so good,” Friedl said. “Maintaining hydration is one of the many challenges Soldiers face during Arctic operations, both because canteens sometimes freeze and because the cold actually suppresses thirst. Thermogenic dietary components–food that helps your body produce heat–will also be further investigated as a potential performance enhancer.” 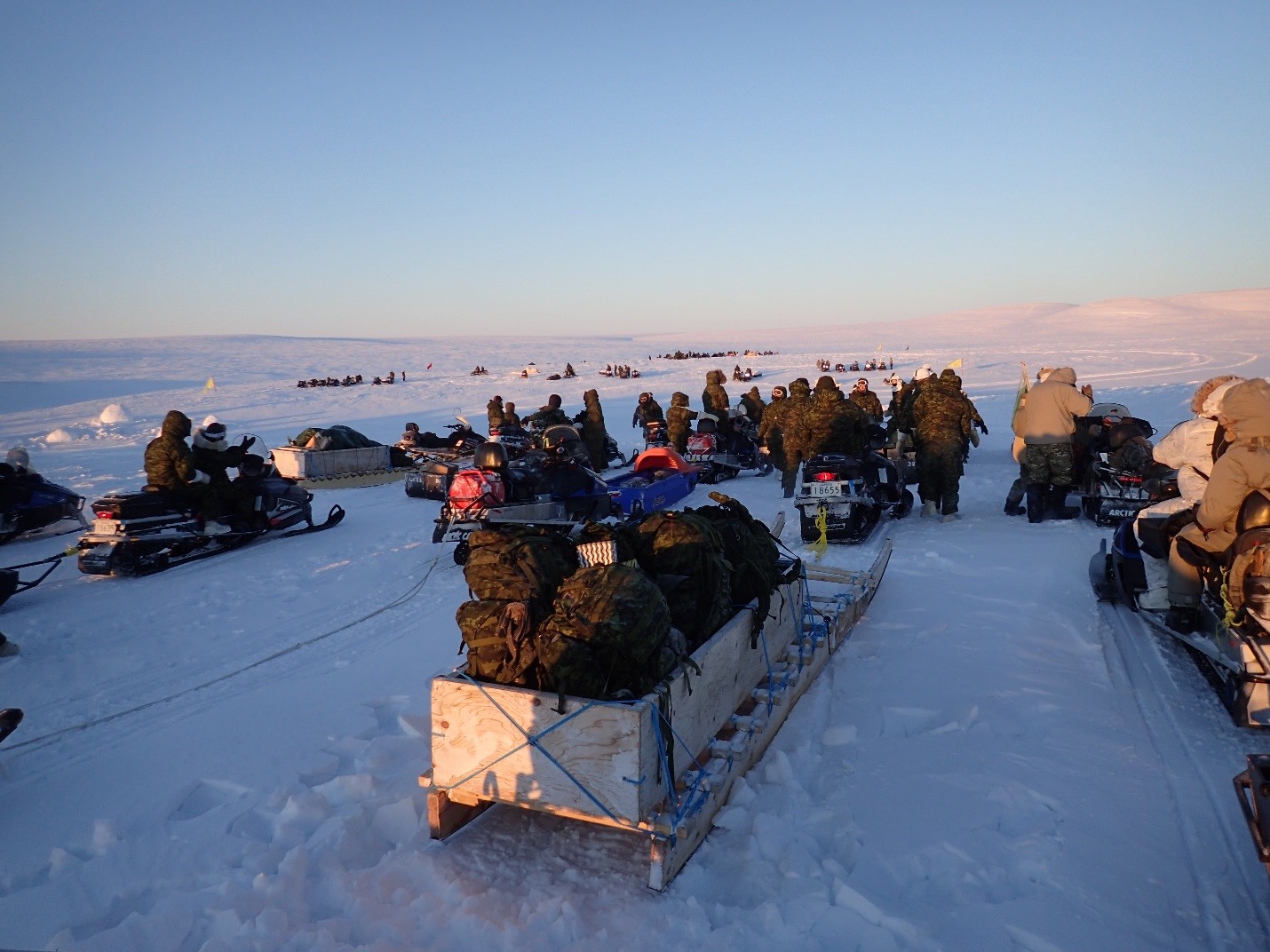 The U.S. and Canadian squads established camp near Resolute, Nunavut, Canada, where daily temperatures (minus the wind chill) typically hovered at minus 40 degrees Fahrenheit. U.S. Soldiers bundled up in the third generation Extended Climate Warfighter Clothing System, or the Gen III ECWCS, which consisted of seven layers of protective clothing. Their Inuit partners wore fewer layers. Friedl noted that the Inuit are an extreme example of people who have learned how to be “comfortably cold.”

“The Inuit possibly have an upregulated metabolic response from living in the cold,” Friedl said. “This provides them advantages such as improved manual dexterity, due to having increased blood flow in the hands. Since they are not restricted by multiple layers and complex clothing systems, they have a reduced energy cost. Some of these advantages may also be due to genetic adaptations, such as having higher layers of brown fat, which helps keep the body warm and is stimulated by cold. But this postulated difference has not been studied.”

Military operations require teams that have mastered survival and can perform with agility in unpredictable weather and mission conditions. Arctic operations, in particular, require an experienced team with skill, confidence and motivation. Friedl said the Vermont Army National Guard is such a group due to their extensive experience in Arctic operations. 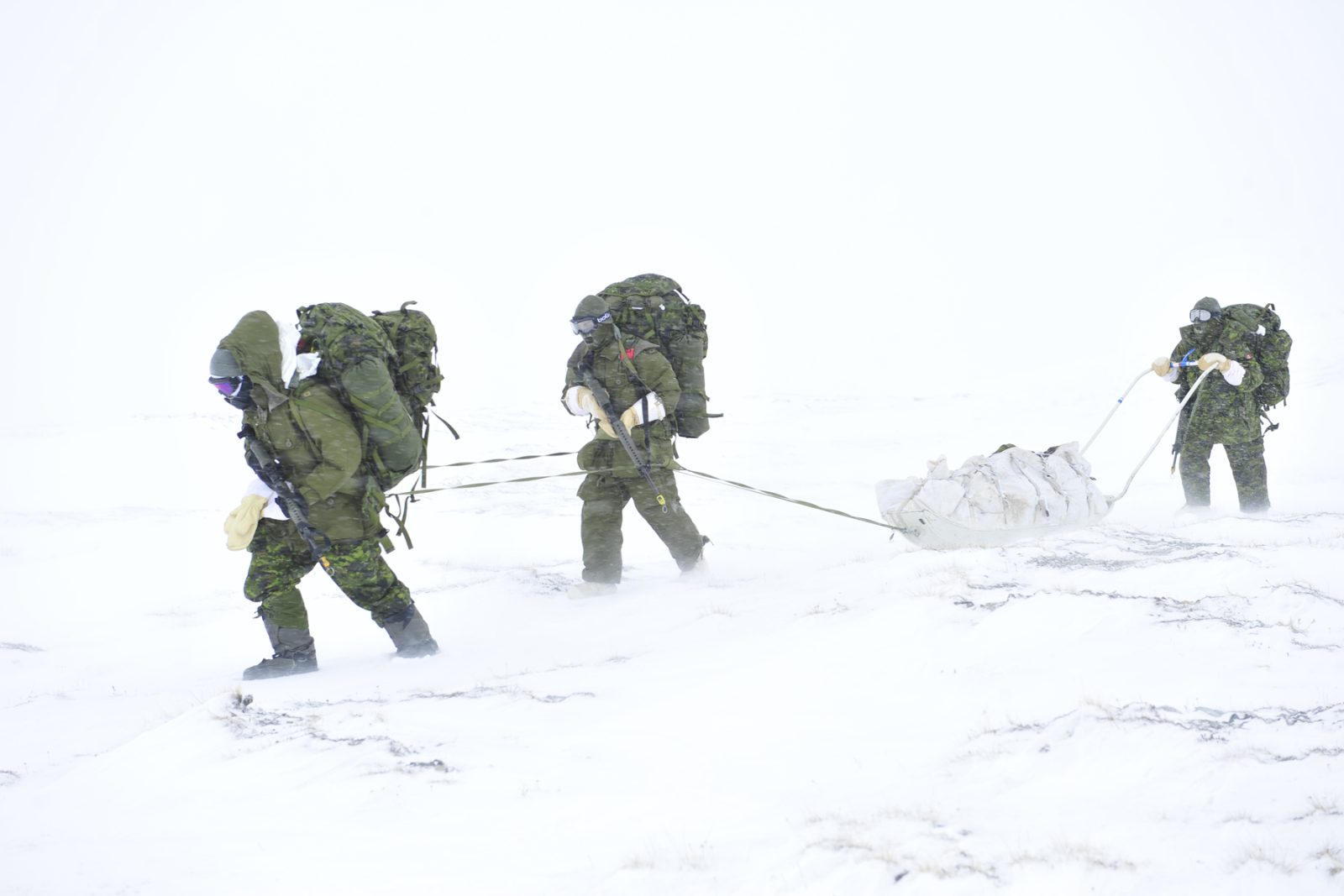 Behind every Arctic Soldier, there is a team of Canadian and U.S. Army researchers who are collaborating to enhance Soldier lethality in the Arctic while ensuring Soldiers will safely come home.

“There are several lessons the U.S. Army can learn from the Canadian Inuit rangers in order to be a lethal Arctic force,” Friedl said. “Some aspects of the Inuit advantage, particularly clothing systems, thermogenic rations and metabolic responses, may be modifiable for the U.S. Army. Most importantly, the role of great leadership and preparation in such an unpredictable environment, as well as learning how to be comfortably cold, is vital to success. 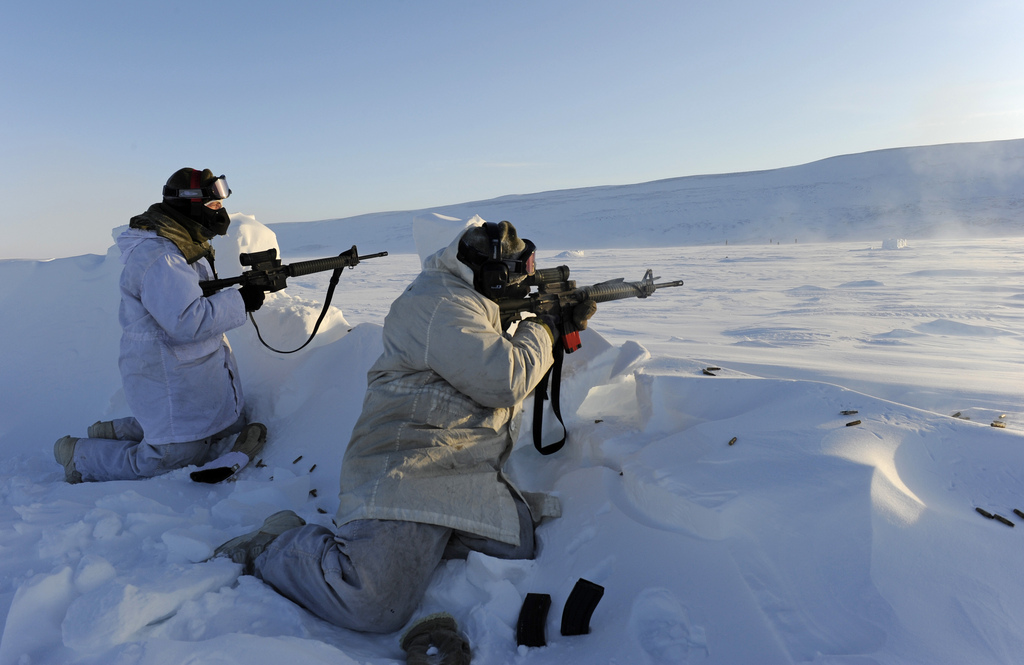 “USARIEM’s cold research team has been extensively collaborating with the CCDC SC and DRDC-Toronto in order to evaluate and develop predictive models for cold weather clothing systems.

USARIEM is also leading a research effort in developing a forearm heating device that could be used in future clothing systems. With these research labs working together, the U.S. Army Arctic task force is heading in the right direction.”

Dr. KARL E. FRIEDL (COL, USA Ret.) is a fellow in the Oak Ridge Institute for Research and Education Knowledge Preservation Program, supporting the Biophysics and Biomedical Modeling Division at USARIEM. He holds a Ph.D. in physiology from the University of California at Santa Barbara. He retired after 30 years of Army active-duty service, during which he served as director of the Army Operational Medicine Research Program; commander, USARIEM; and director, U.S. Army Telemedicine and Advanced Technology Research Center.