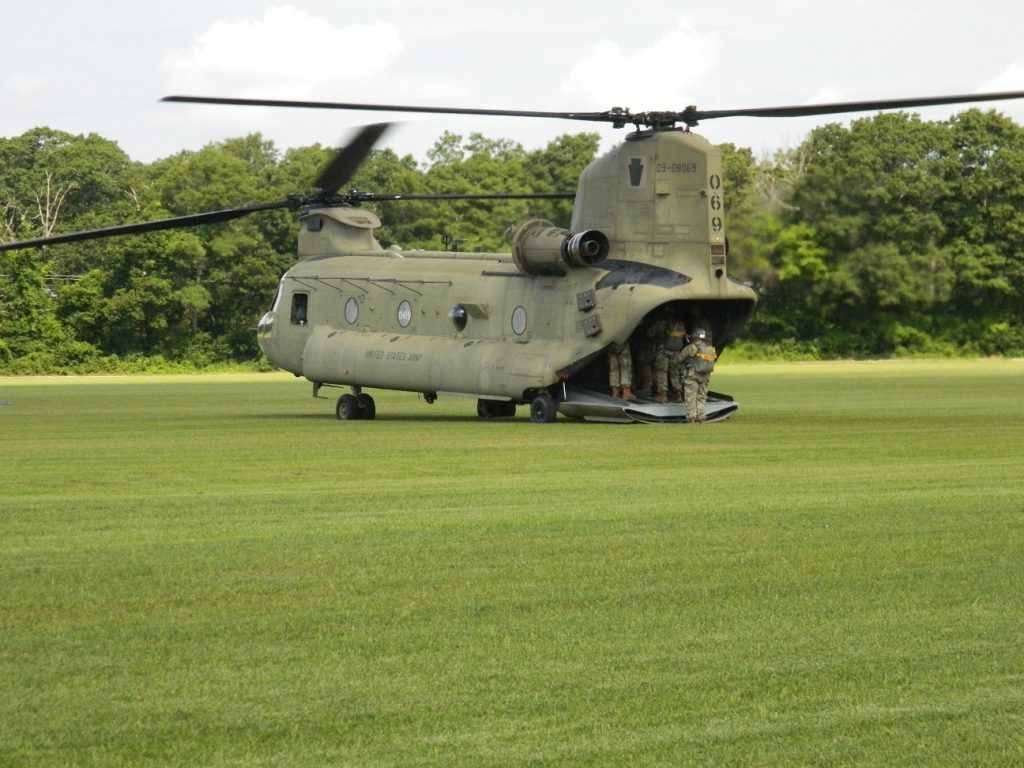 Paratroopers are specially selected, trained, and highly disciplined soldiers. They are able to rapidly deploy, land, and sustain a powerful combat force to achieve strategic objectives – such as seizing and holding key terrain or infrastructure. They can also be dropped behind enemy lines to conduct raids and other types of tactical interdiction missions. They are typically used as countries’ rapid deployment forces, with the ability to operate on any terrain in any environment with little warning. 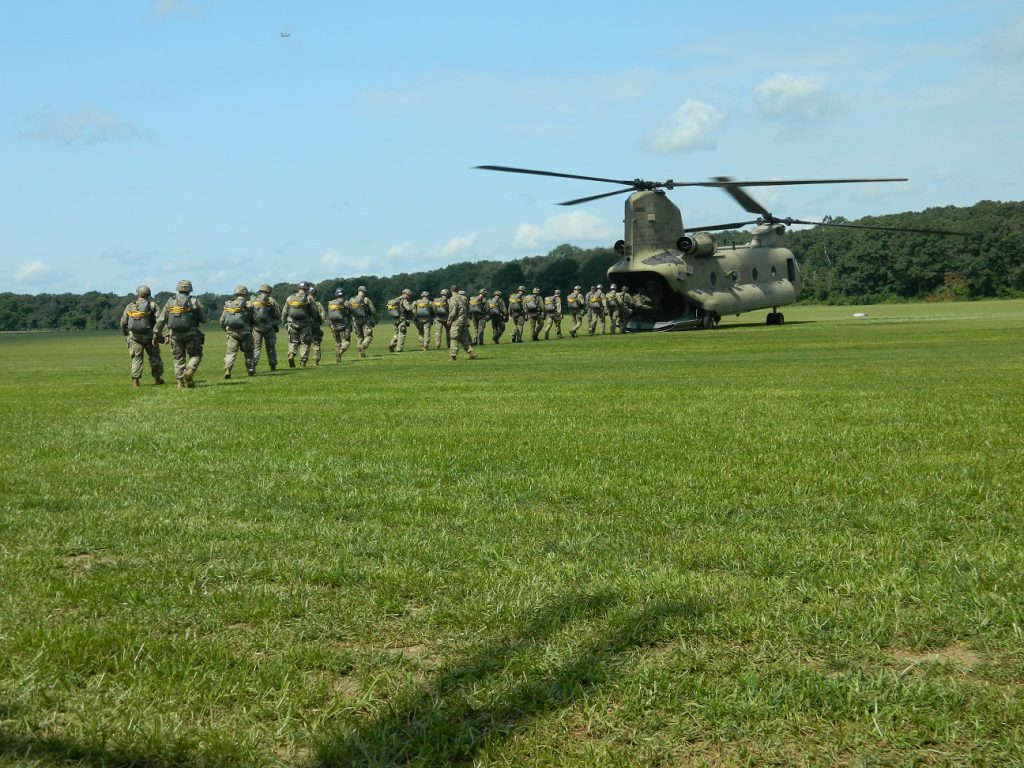 Airborne forces can vary in size from an airborne company, a regimental combat team, or to an entire division or corps. To become a paratrooper, a soldier must go through rigorous physical and psychological training and conditioning in order to be ready to jump and fight without hesitation.

Leapfest is routinely attended by teams from across the Armed Forces of the United States (both Active and Reserve forces) as well as multiple international teams. Participants aim to land as close as possible to a marked, designated area within the landing zone. Upon landing and completing a PLF (parachute landing fall), participants are timed by qualified judges until they reach the designated area. 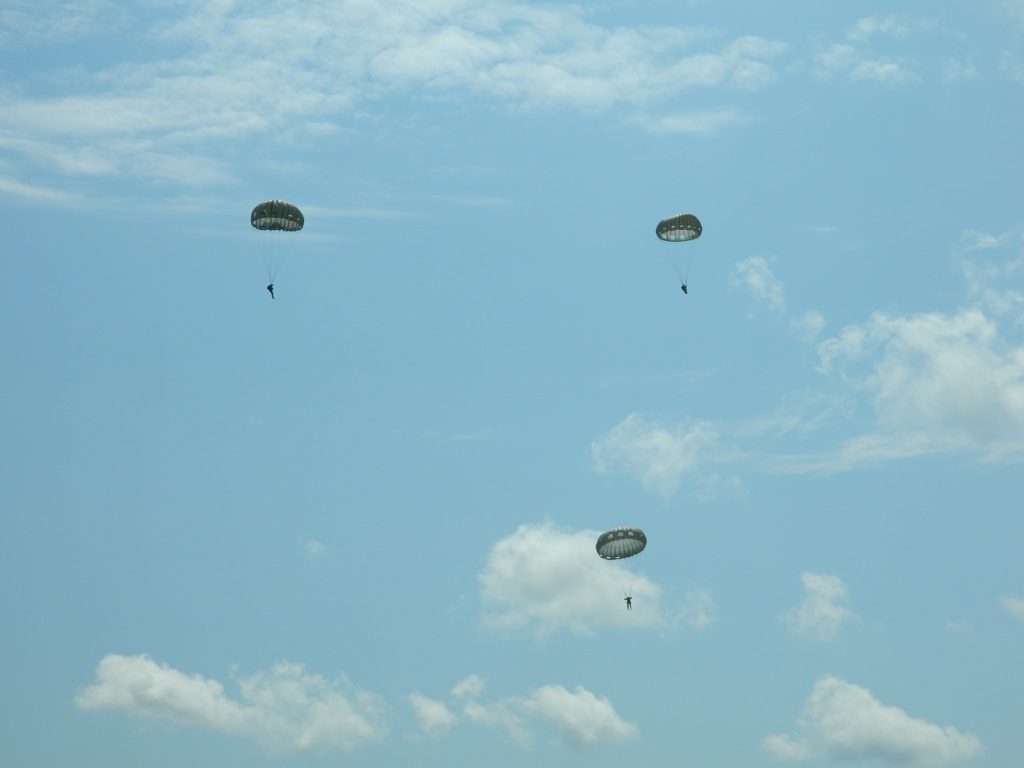 Jumpers exit from a CH-47 Chinook helicopter at an altitude of 1500 feet (457 meters) using an MC-6 static line, steerable, parabolic parachute. The MC-6 is the latest advanced-design steerable, round-canopy, parachute, and was developed through the Special Operations Forces Tactical Assault Parachute Systems (SOFTAPS) program. The MC-6 utilizes the same SF-10A canopy that has been in use with US Special Operations Forces for over 10 years. The MC-6 Maneuverable Troop Parachute System consists of the SF-10A Main Canopy, the T-11R Reserve, and the T-11 Harness. 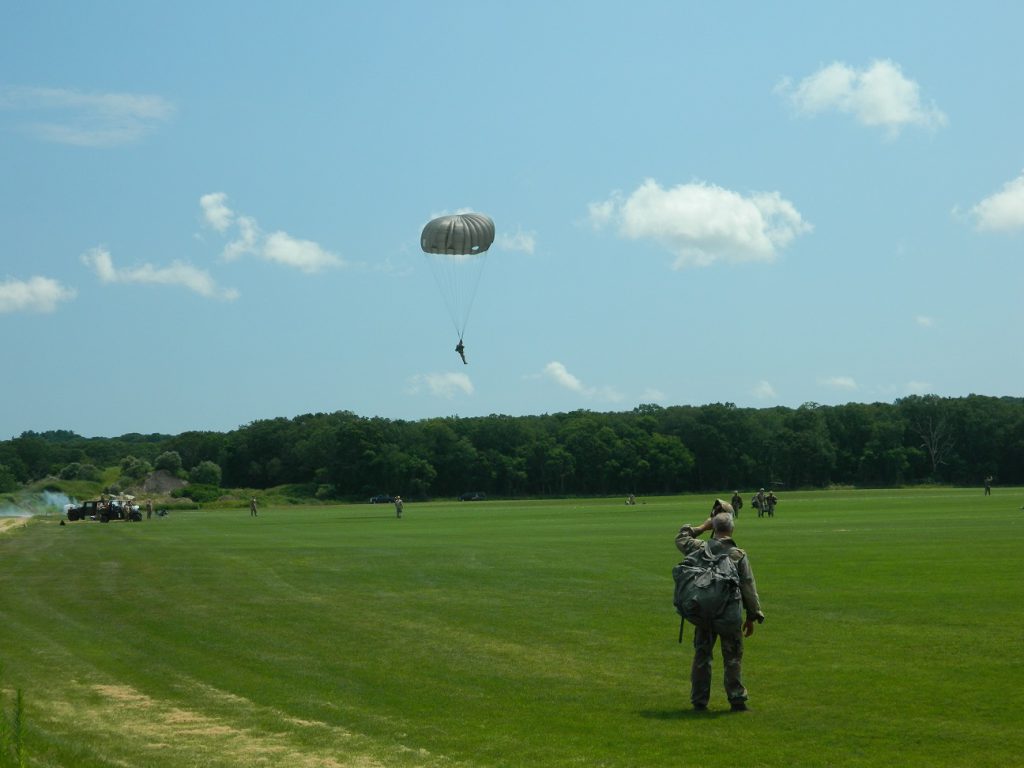 This year there was a total of 35 teams from the US and 20 teams from 12 international Partner Nations. This year’s international teams hail from Canada, Chile, Czech Republic, Dominican Republic, Germany, Netherlands, Italy, Jordan, Mexico, Morocco, Qatar, South Africa, United Kingdom and New Zealand. 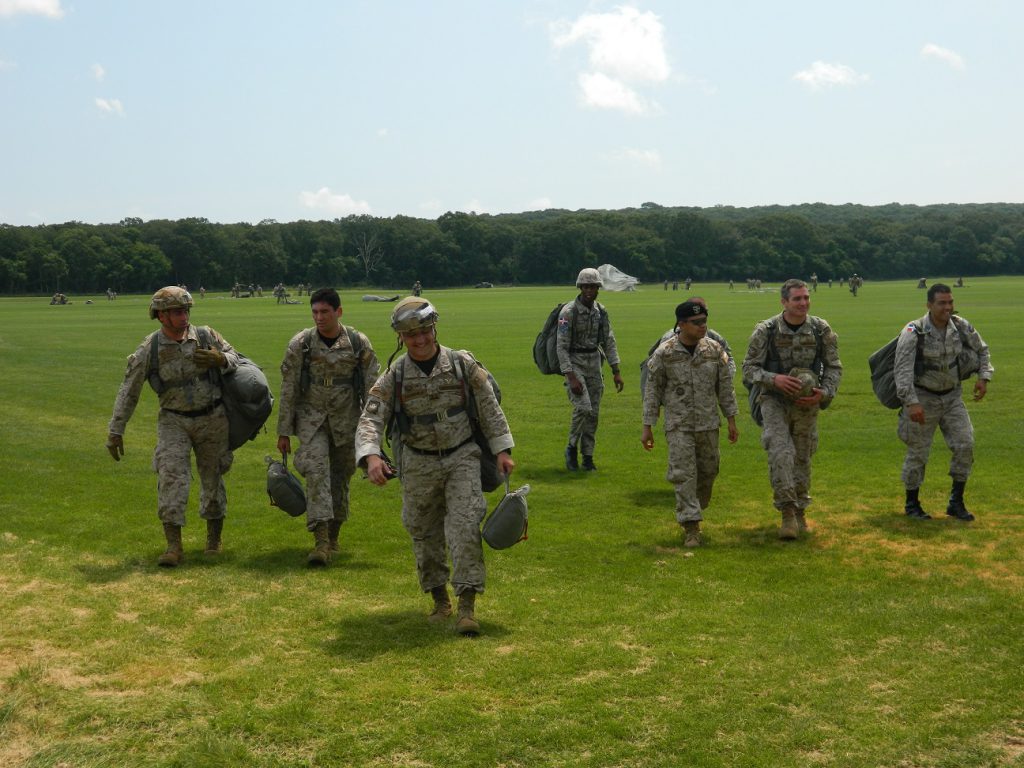 In addition to the competition, Leapfest also features a day of friendship jumps conducted by international Jump Masters, followed by a Wings Exchange Ceremony prior to the official Closing Ceremonies.

Further info about Leapfest can be found online and on Facebook.

In addition to our photos above, loads more photos and videos from Leapfest 2019 can be found on DVIDS here.