In conjunction with the U.S. Army’s 244th Birthday, the Army announced a new proficiency badge on Friday, called the Expert Soldier Badge.

The ESB is designed to improve lethality, recognize excellence in Soldier combat skills and increase individual, unit and overall Army readiness. The ESB is the equivalent of the Expert Infantry Badge and Expert Field Medical Badge but for all other military occupational specialties in the Army. Commanders will soon be able to use the badge to recognize Soldiers who attain excellence in physical fitness and marksmanship and a high standard of expertise in land navigation and performing warfighting tasks. 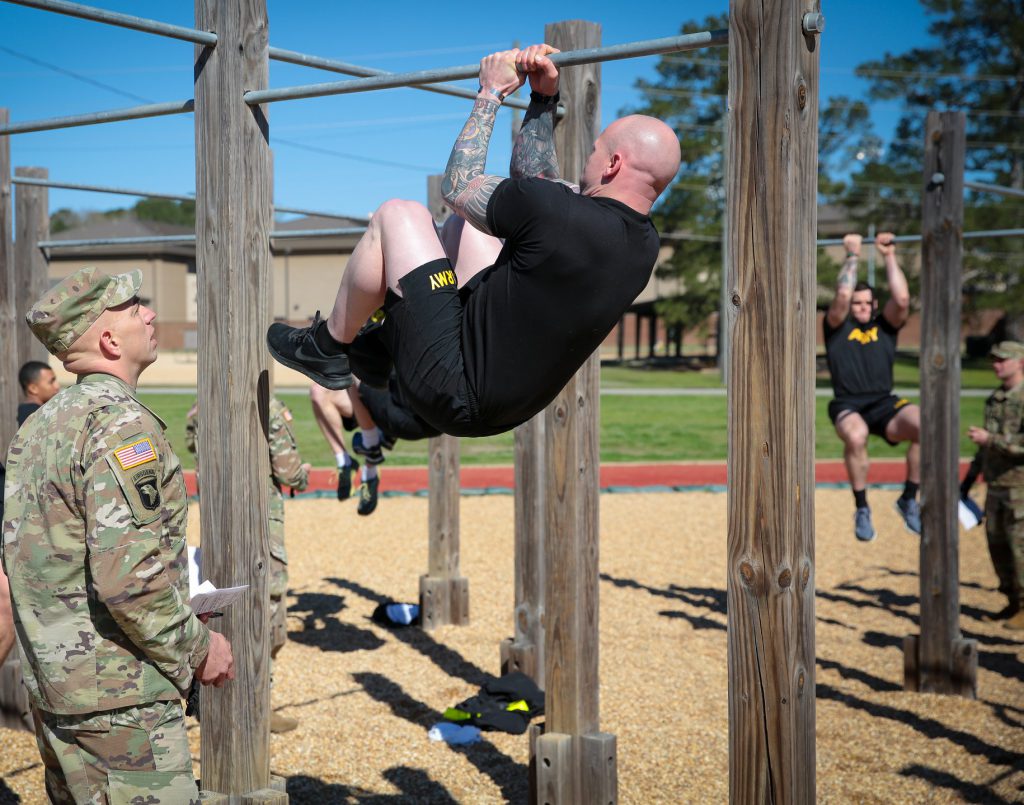 “The ESB will be an important component of increasing Soldier lethality and overall readiness to help achieve the vision for the Army of 2028,” said Sgt. Maj. of the Army Daniel A. Dailey. “The EIB and EFMB have supported the Infantry and medical fields with distinction, ensuring their Soldiers maintain critical skills, while recognizing the very best among them. The ESB will achieve the same for the rest of the Army.”

The Army will implement the ESB in early fiscal year 2020, with the standards and regulation to be finalized by September 2019. Earning the badge will test a Soldier’s proficiency in physical fitness, marksmanship, land navigation and other critical skills, and demonstrates a mastery of the art of soldiering. 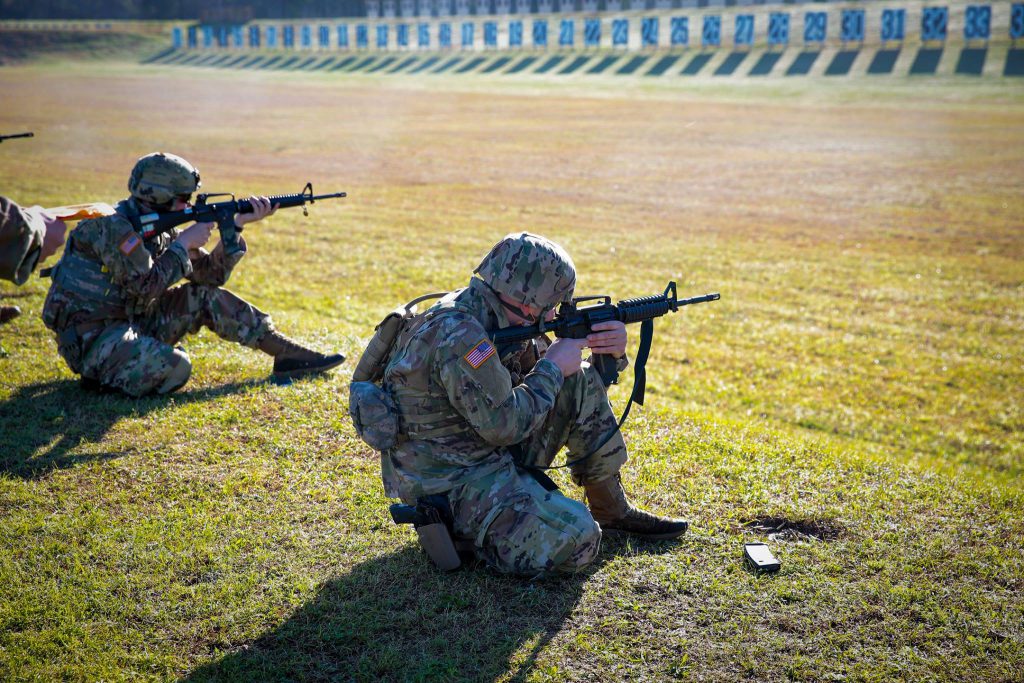 The ESB training and testing will be extremely challenging, mission-focused, and conducted under realistic conditions. Those in the Infantry, Special Forces, and Medical career management fields are not eligible for the ESB.

“Like the EIB and EFMB, the ESB test will be a superb venue for individual training in units and the badge will recognize a Soldier’s mastery,” said Gen. Stephen J. Townsend, commanding general, U.S. Army Training and Doctrine Command. “And it will be just as tough to earn as the EIB and EFMB because the Soldier will have to demonstrate fitness, weapons proficiency, navigation and warrior task skill at the expert level.”

Standards for the ESB are still being refined but they will not be adjusted for age, gender or any other criteria. The test will share about 80 percent of the same warrior tasks as the EIB and EFMB, and is designed so it can be administered alongside and together with them. Brigade commanders will decide if and when to schedule the test so it best fits their training schedules.

Under the ESB test process, Soldiers will demonstrate mastery of individual skills through different evaluations over a five-day period. The standards for the ESB place candidates under varying degrees of stress that test their physical and mental abilities as they execute critical tasks to an established set of standards. 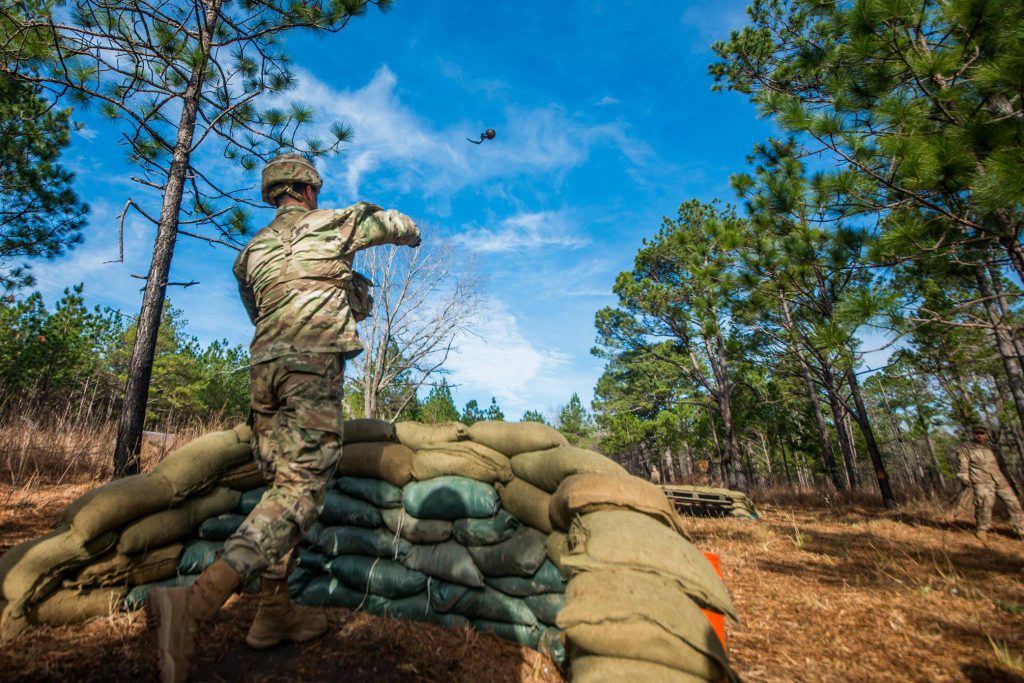 To qualify to take the ESB test, Soldiers must pass the Army Combat Fitness Test (ACFT), qualify as “Expert” on the M4/M16 rifle and be recommended by their chain of command.

The test itself consists of another ACFT, day and night land navigation, individual testing stations, and culminates with a 12-mile foot march. ESB test stations include warrior tasks laid out in the ESB regulation and may also include five additional tasks selected by the brigade commander from the unit’s mission essential task list. Example tasks include:

“We worked tirelessly on the ESB to ensure we got it right,” said Command Sgt. Maj. Edward W. Mitchell, Center for Initial Military Training Command. “We wanted to provide commanders the opportunity to recognize their top Soldiers who have met the highest standard of performance in physical fitness, warfighting tasks and readiness.”

Each ESB task will be evaluated on a “go” or “no-go” basis. Pass rates during the ESB pilot testing were similar to that of the EIB and EFMB. 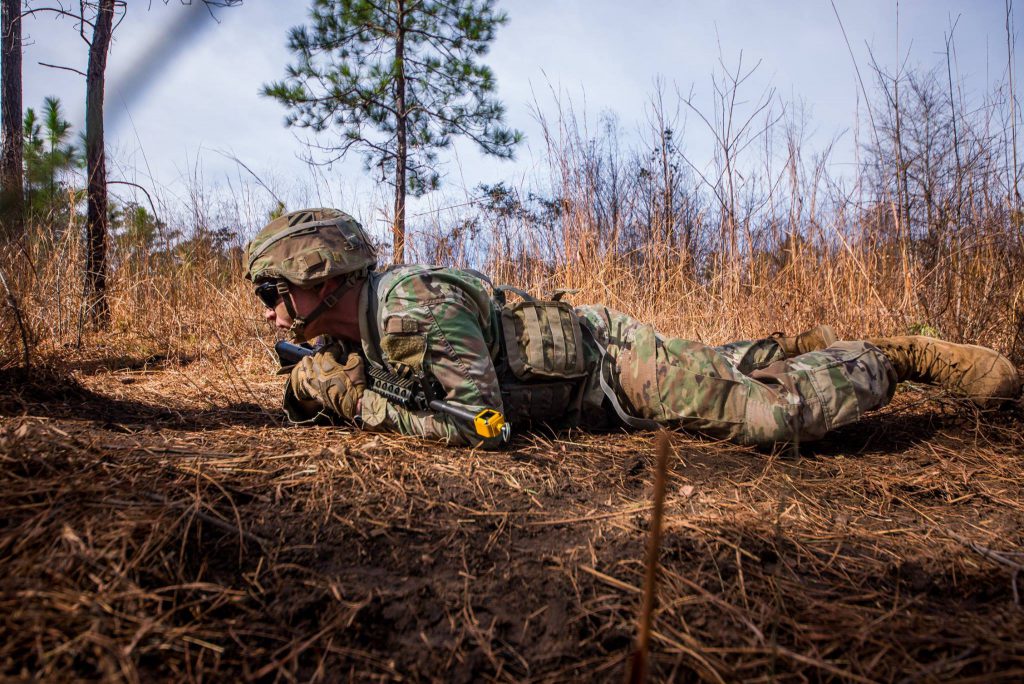 “The ESB is all about increasing the readiness of our Army. It will provide commanders outside the Infantry, Special Forces and medical communities the opportunity to recognize Soldiers who best demonstrate excellence in their fields,” said Command Sgt. Maj. Timothy A. Guden, TRADOC Command Sergeant Major.

“This is not a badge to award so that the entire Army now has an ‘expert’ badge to wear. As it is now, not every Infantryman or Special Forces Soldier earns the EIB and not every medic earns the EFMB. Keeping with the same mindset, this is a badge to award to those who truly deserve recognition as an expert in their career field; for those who have achieved a high level of competence and excellence in their profession.”