The US Army’s “Next Generation Squad Weapons” (NGSW) Program has certainly been an interesting project to watch, and despite the delays in publishing the promised final announcements, it has also progressed much quicker than many expected. 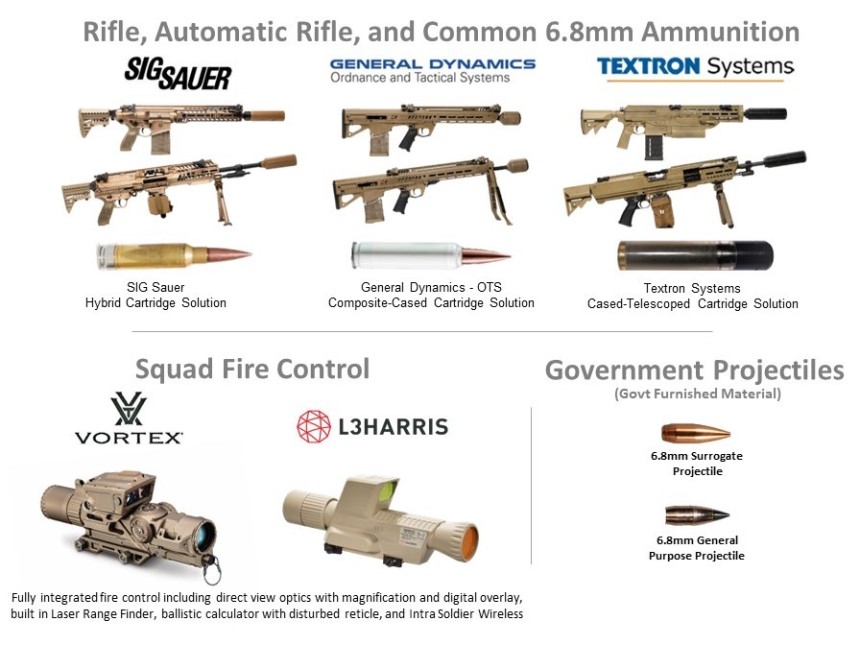 Of course, many (including myself to be honest) were rather skeptical to begin with that the program would in fact ever actually lead to fielding the weapons as standard issue. After all, the Army has been down this road several times before since the adoption of 7.62 x 51mm and 5.56 x45mm caliber small arms. Let us not forget the Special Purpose Individual Weapon program of the 1960’s, the 6mm SAW program in the 1970’s, the Advanced Combat Rifle and Objective Individual Combat Weapon programs of the 1980’s, the XM8 program of the 1990’s, or the Individual Carbine competition and the M4 Product Improvement Program in the 2000’s. that were all supposed to overcome deficiencies with the 5.56mm round and/or the AR15/M16/M4 weapons platform.

Despite all of these attempts to improve or replace the M16/M4 series, and/or the 5.56mm varmint round that it fires, the platform has persisted. Now with both improved ammunition and a more reliable operating system it continues to soldier on and win new contracts well into the 21st century with US and Allied militaries around the world. The German designed HK416 series and its derivatives in particular seems to have optimized the platform to the pinnacle of its capabilities. But that still leaves questions about the 5.56 x 45mm round… particularly with regards to its maximum effective range, and its penetrating power. 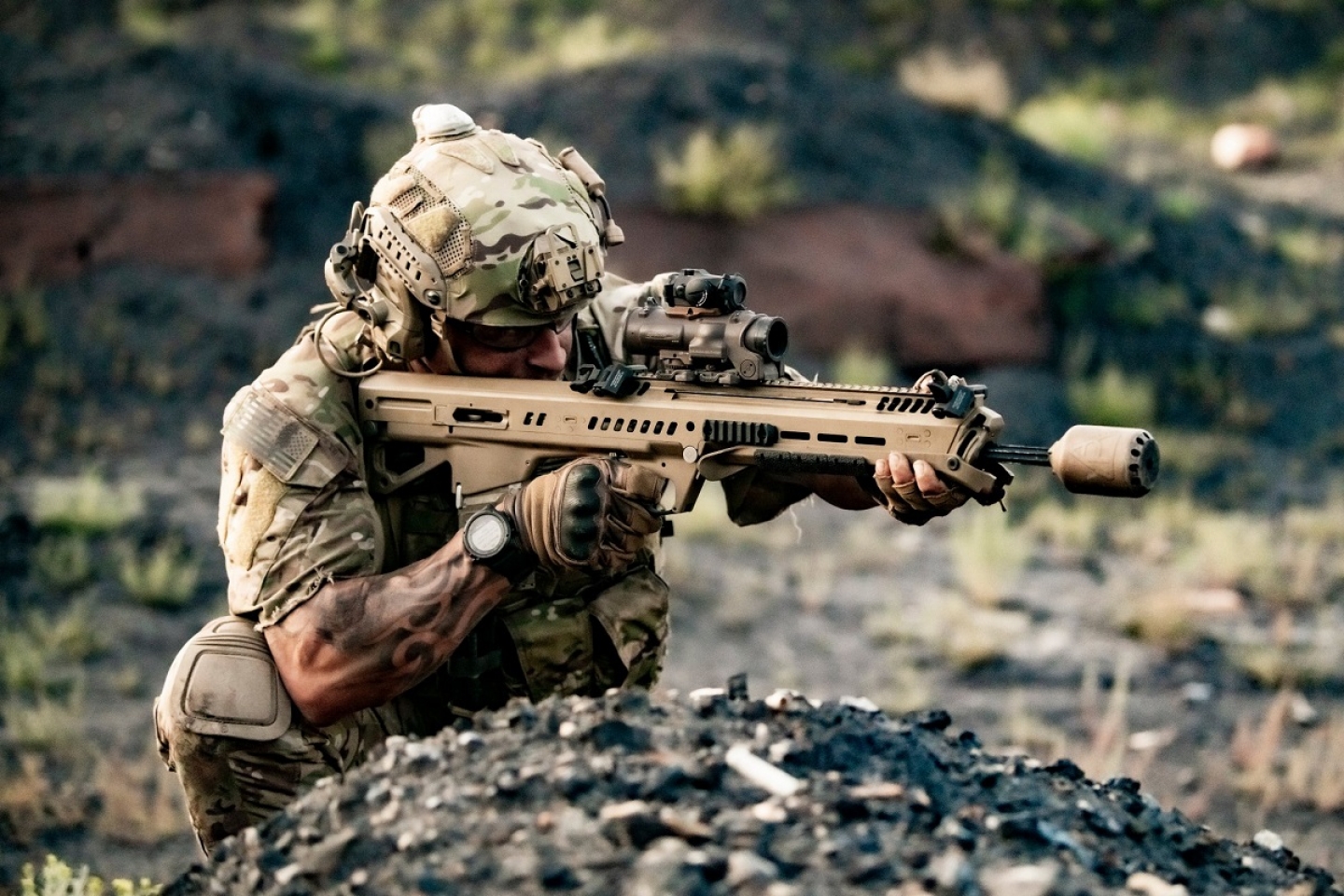 “Lethality” and “overmatch” are the Army buzzwords that describe the problem areas being addressed by the NGSW program. In simple terms, the bad guys can out range our guys and they don’t drop dead when we hit them either. Along with that, the Army wants to simplify logistics and improve interoperability at the squad and team level so 6.8mm was chosen as the optimum bullet size to replace both 5.56 and 7.62 and provide a common round that can be fired from rifles and light machine guns, with a similar form factor to 7.62mm NATO. To go with the new ammunition, the Army also asked competitors to submit a rifle and light machine gun design for evaluation as well.

While we wait for the Army to make its official announcement about the conclusion of the program and the path forward (which is undoubtedly tied up in the current Congressional DOD budget SNAFU), both SIG and True Velocity (in partnership with Beretta) have announced the limited commercial release of their NGSW rifles. 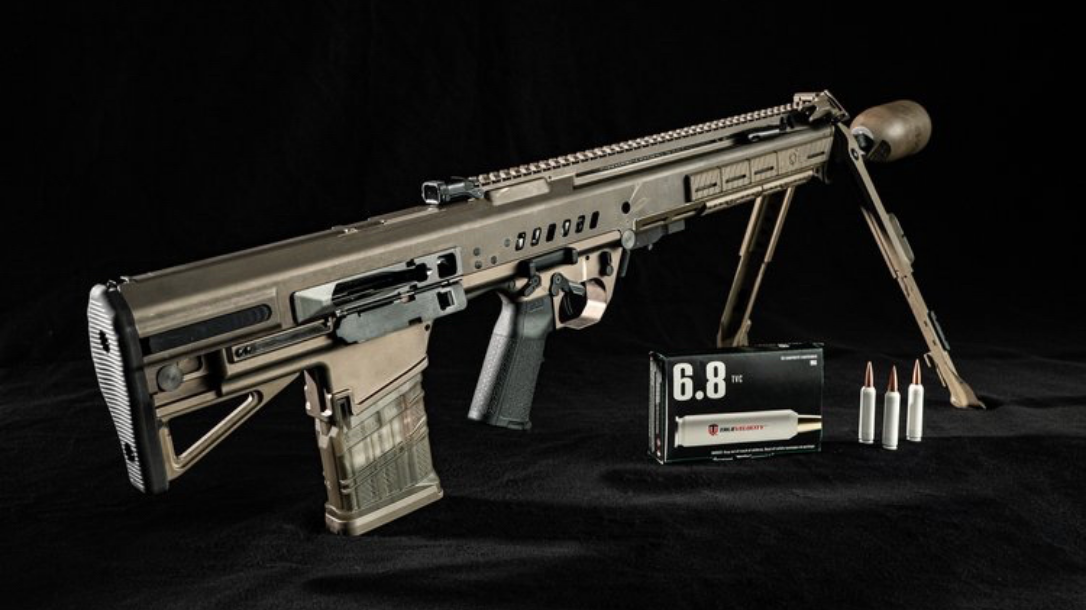 Adding another layer, or an interesting twist, to the story is the rumor going around now that the Army is actually only to procure the winning NGSW rifle to become the new Squad DMR and the NGSW LMG will replace the Squad and Platoon level M249s and M240Bs. The Army’s inventory of over a million M4 Carbines will receive a new upper capable of firing a newly developed 5.56mm round with an improved penetrator core.

We shall see how it will all play out, but in the meantime, True Velocity posted this rather intriguing video several months ago showing how they see the NGSW program more as an ammunition program, and also how easy (and cost effective) it is to simply swap the barrels on 7.62 x51mm NATO rifles and machine guns in order to adapt them to the 6.8mm round. If the Army decided to simply change the barrels on their existing machine guns and marksman rifles to the new caliber then that would be quite a different ending to the NGSW story.

Check out the TV video below: