The German Navy Sea Battalion (German: Seebataillon) is a land formation of the Bundesmarine, formed on 1 April 2014 and consisting of approximately 1,100 sailors structured into four companies, plus support elements. 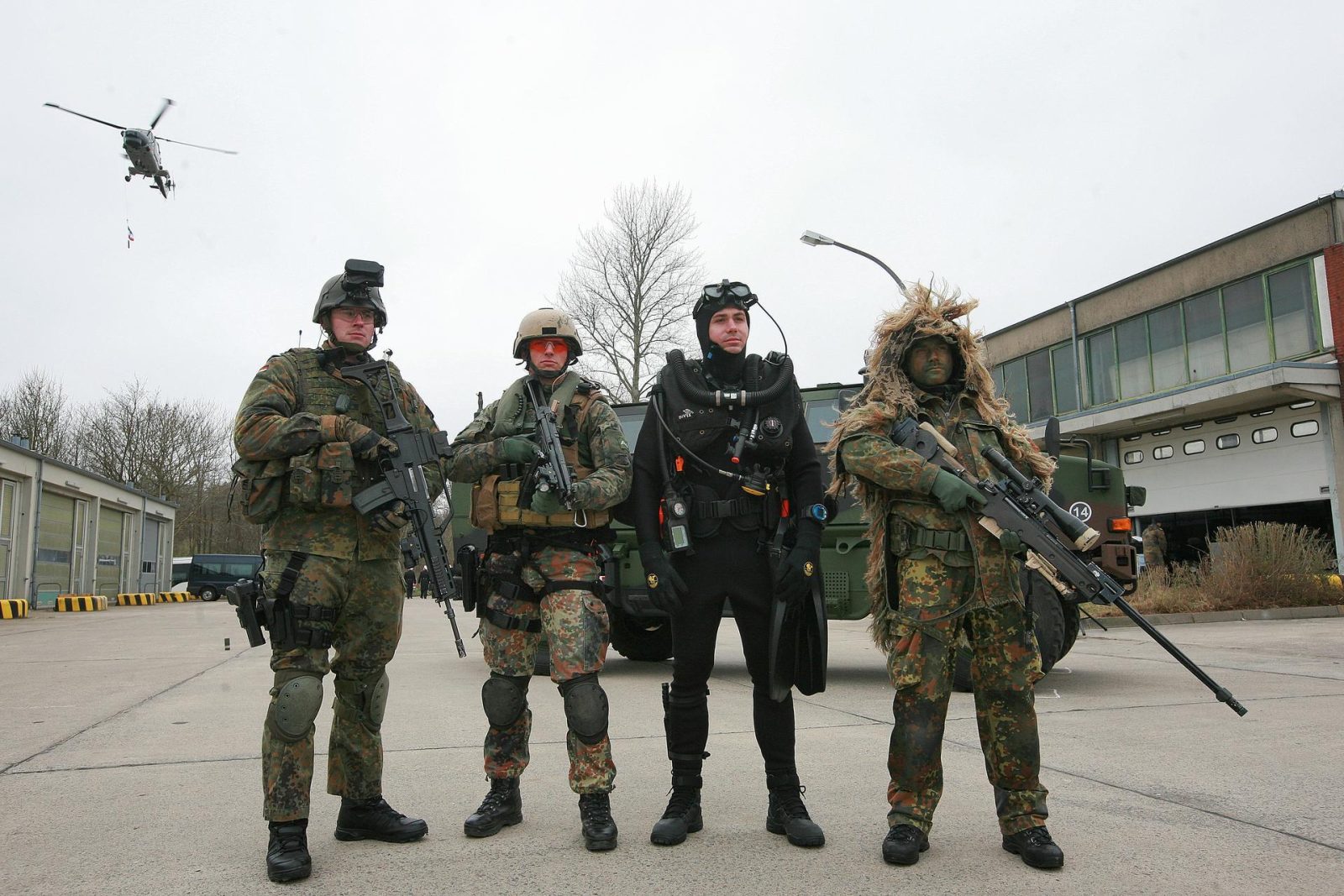 Each company, led by a lieutenant commander (Korvettenkapitän, OF-3), is specialized in specific field of force protection. The specific specialist companies are –

Although called ‘sailors’, Seebataillon personnel are more akin to the US and Dutch Marines, the British Royal Marine Commandos, the French Marine Commandos, and the Swedish, Finnish and Norwegian Coastal Rangers.

Despite this kinship with their European comrades however, the report by our friend Jan-Phillipp Weisswange at Soldat & Technik  that the Sea Battalion has adopted the Jaegergruen (hunter green) beret as their new official headgear is in fact an April Fool’s Joke of the most elite calibre. 😉