Royal Marines stormed a tanker off Plymouth as they sharpened their board and search skills – crucial in the wars against drug-running and terrorism. 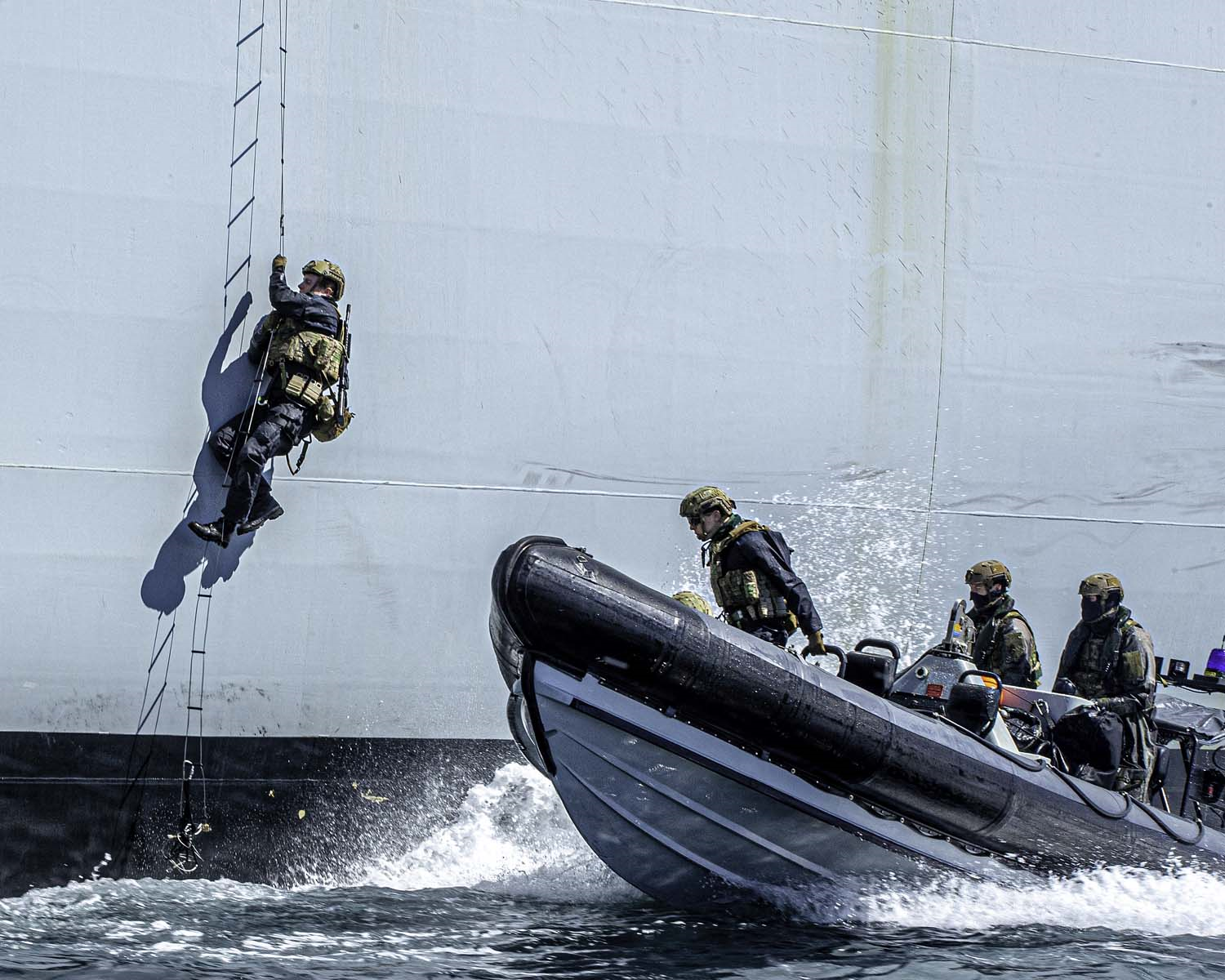 Marines from 42 Commando and 47 Commando (Raiding Group) headed into Plymouth Sound to practise maritime interdiction operations – the art of intercepting, boarding and securing vessels suspected of involvement in criminal activities.

Climbing up the imposing side of Tideforce was a return to more regular duties for both Royal Marines units as the nation begins to emerge from the restrictions imposed by the Covid pandemic. 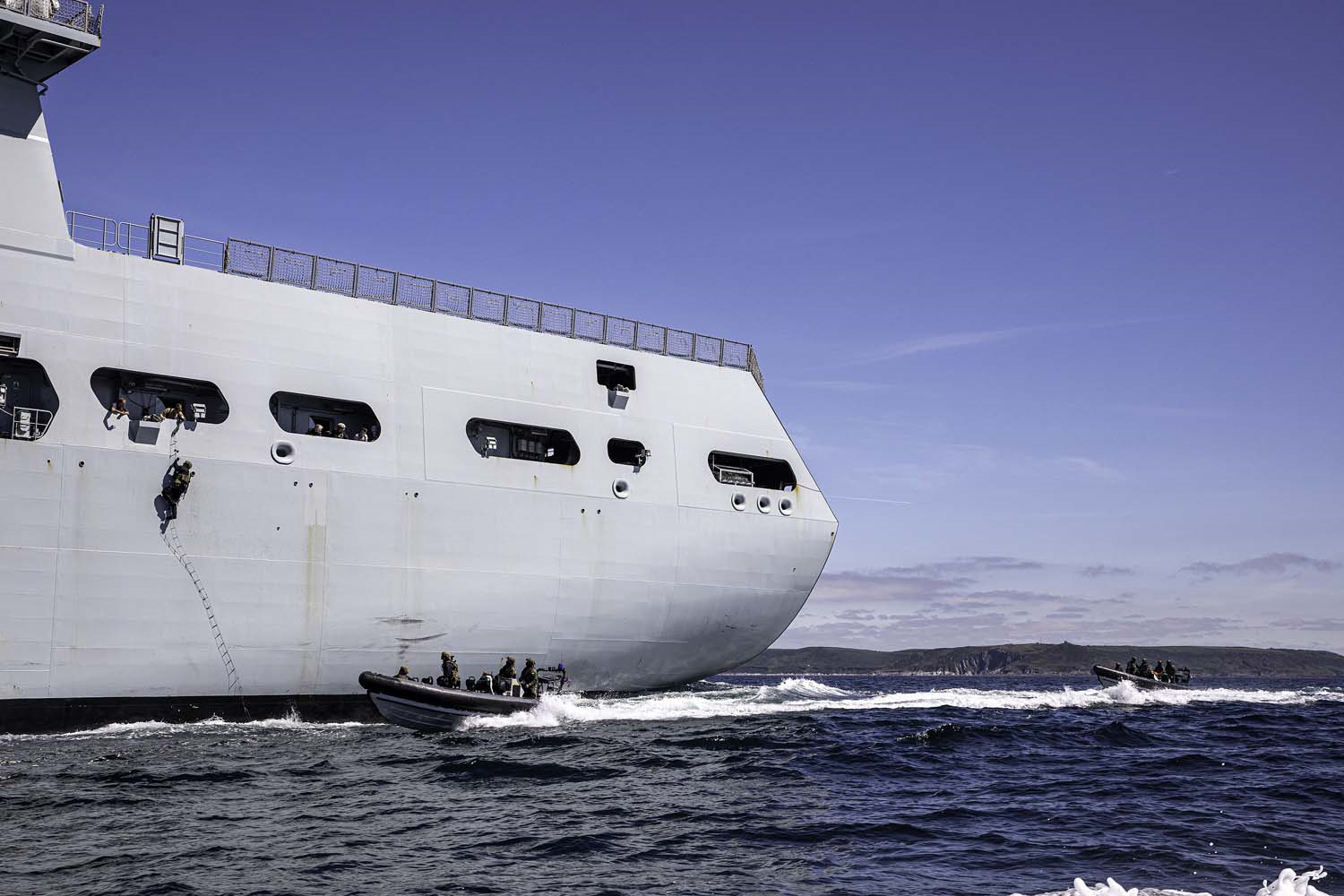 Teams from 42 Commando, based at Bickleigh just outside Plymouth, helped to run mobile test centres for the virus to help key workers across the south west, including sites in Torbay and Salisbury.

Stood down from those duties, the marines can focus on their usual mission – especially as both 42 and 47 Commandos are constantly held in a state of very high-readiness to deploy on operations across the globe.

The ranks of Juliet are well practised in Close Quarter Battle – crucial in the confines of a boat or ship – as well as mechanical / explosive access and vessel embarkation, using either a sea boat such as the Royal Navy’s Pacific 24, or rapid roping on to a deck from a Merlin or Wildcat helicopter. 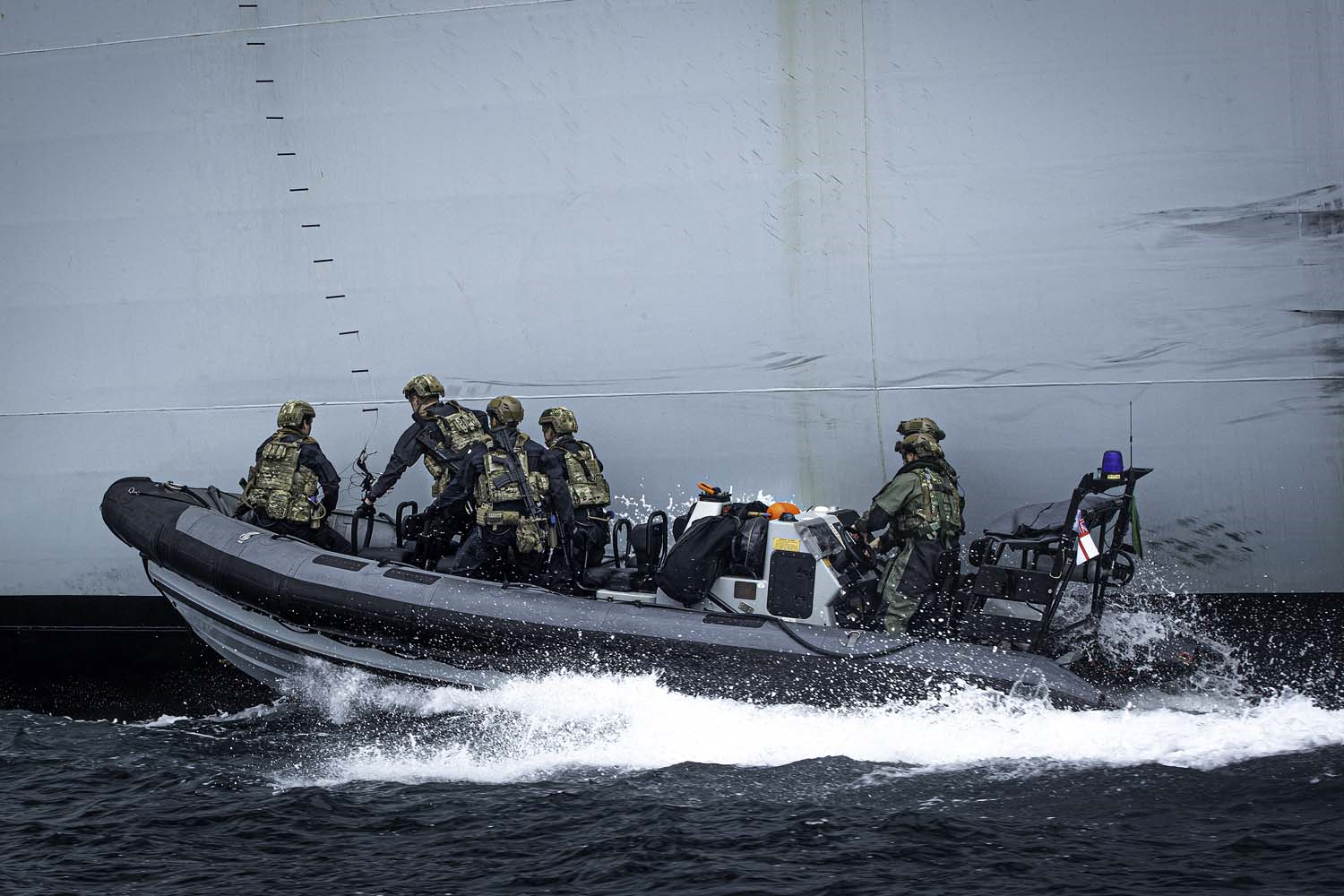 Once the commandos have secured the suspect vessel, a Royal Navy boarding party of trained sailors comes aboard to conduct the search for anything untoward. They’ve recently been given enhanced search kits as smugglers use increasingly devious methods to hide their illegal cargos.

The combined efforts of the Royal Marines and Royal Navy boarding teams have seized or destroyed more than £150m of illegal narcotics since the beginning of 2019 in a dozen major busts, with the Indian Ocean accounting for all but two of the successes.

All the drugs would have funded illicit activities had they reached the streets; in the Middle East, the illegal trade in narcotics is known to fund terrorism.

“Maintaining this level of readiness for boarding operations demands that the unique techniques and procedures needed for success must be regularly exercised in the most arduous conditions,” explained Captain Jack Denniss RM, Operations Officer of 539 Raiding Squadron, 47 Commando’s front-line unit. “Failure to do so could mean that crucial skill-sets degrade, and the capability can quickly become compromised.”

Capt Denniss continued: “539 Raiding Squadron provides the sea boat coxswains, responsible for getting troops to a target vessel, day or night, and in a position from which they can launch their assault. Although these ranks belong to different units, regular integration and rigorous training allows them to seamlessly operate with one another.” 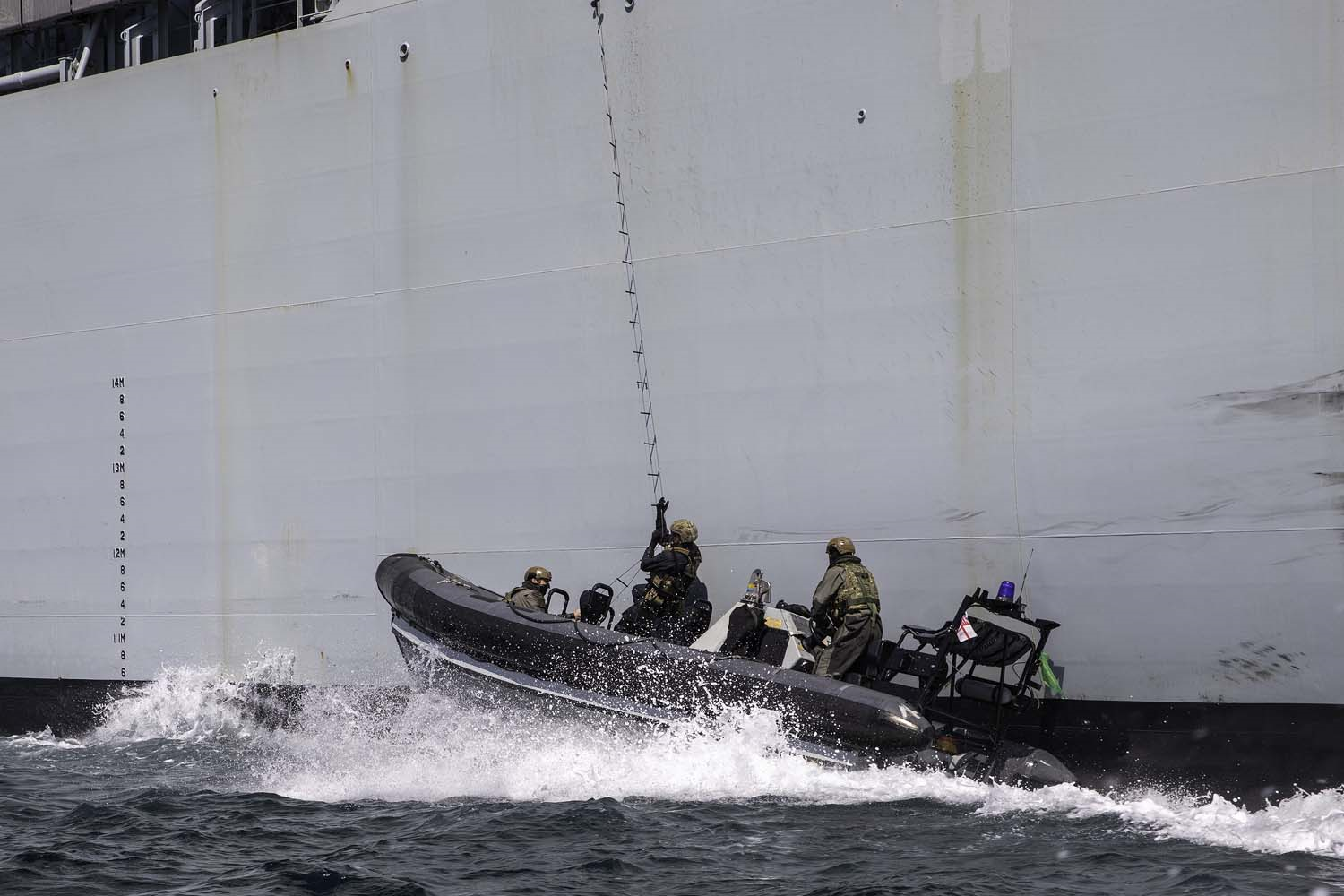 Teams from Juliet Company are currently deployed in the Middle East with frigates HMS Montrose and Argyll on maritime security operations.