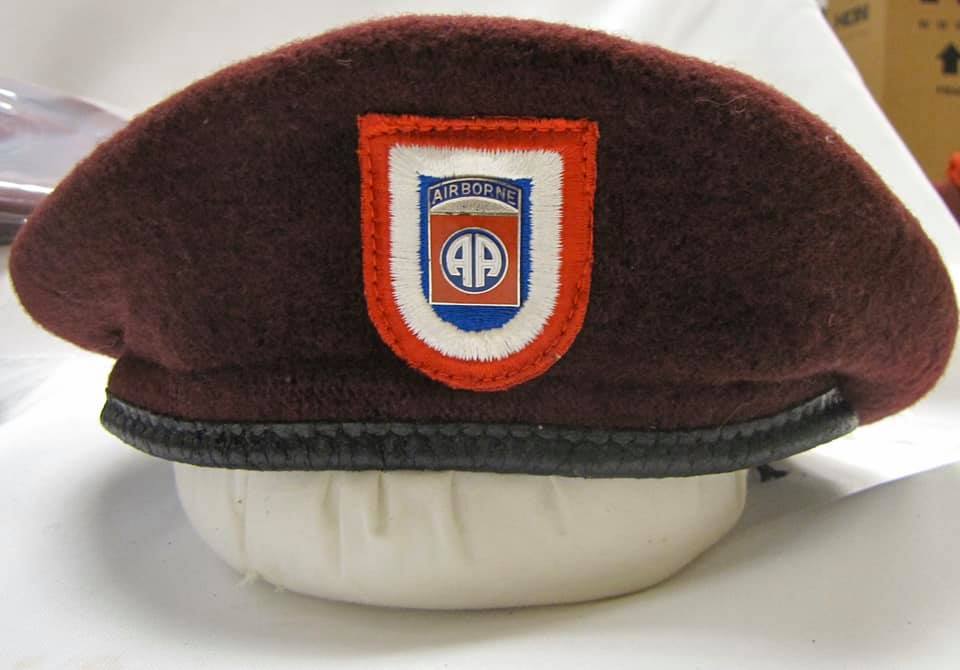 The 82d Airborne Division’s iconic maroon beret dates back to World War II and, like many other berets in the U.S. Army, is a tribute to the British Forces. The maroon beret was originally given to the U.S. Army’s 509th Parachute Infantry Regiment by their British counterparts, in addition to an honorary membership in the British Parachute Regiment for their service during the war.

The beret was unofficially unauthorized status in the early 1970s, but banned later in the decade. Thanks to a successful campaign to officially recognize the headgear, the maroon beret endured; by November 1980, the beret gained authorization, since remaining a symbol of the 82nd Airborne Division community.