Royal Marines of Arbroath-based 45 Commando have just completed the mobility phases of the Cold Weather Warfare Course in northern Norway. Before moving onto the fighting stages, the commandos have to know how to get into battle and also move around during combat in one of the planet’s most unforgiving environments – and must be able to carry weights of up to 75lbs, pulling pulks (sleds) weighing up to 40lbs through the snow on skis or snowshoes. 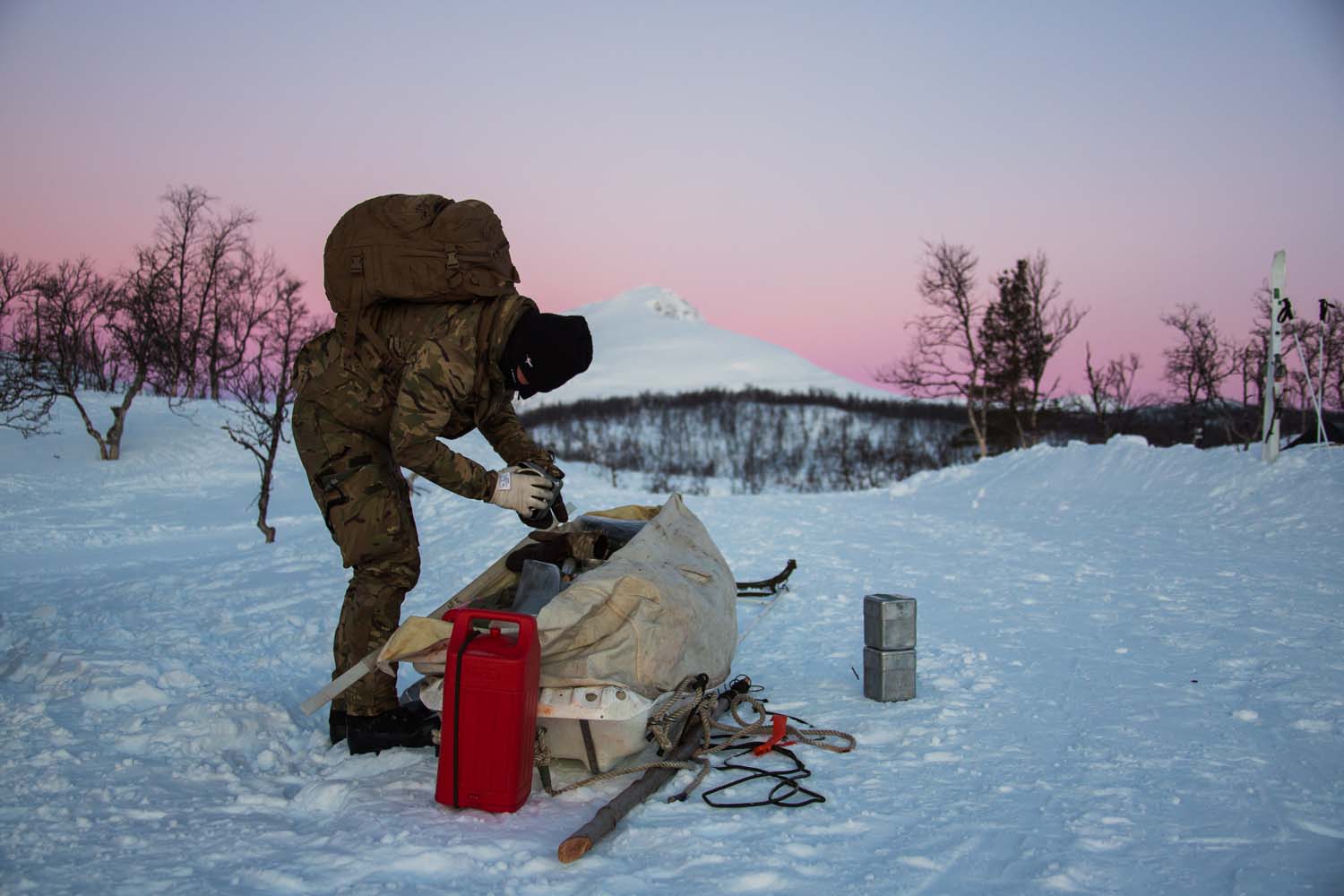 The very appropriately named Captain Marcus Winter, of the Royal Marines, said: “The restricted terrain and challenging weather of northern Norway makes the ability to manoeuvre faster, further and through areas our potential adversaries cannot, of vital importance to commando forces. Vehicles and helicopters are superb assets in the Arctic but the combination of weather, mechanical breakdown and enemy action require the individual commando to be able to ski and snowshoe with their ‘house on their back’. The mobility training was made all the more challenging by the harsh environmental conditions – we’re now looking forward to learning the tactical skills on the fight phase of the Cold Weather Course.” 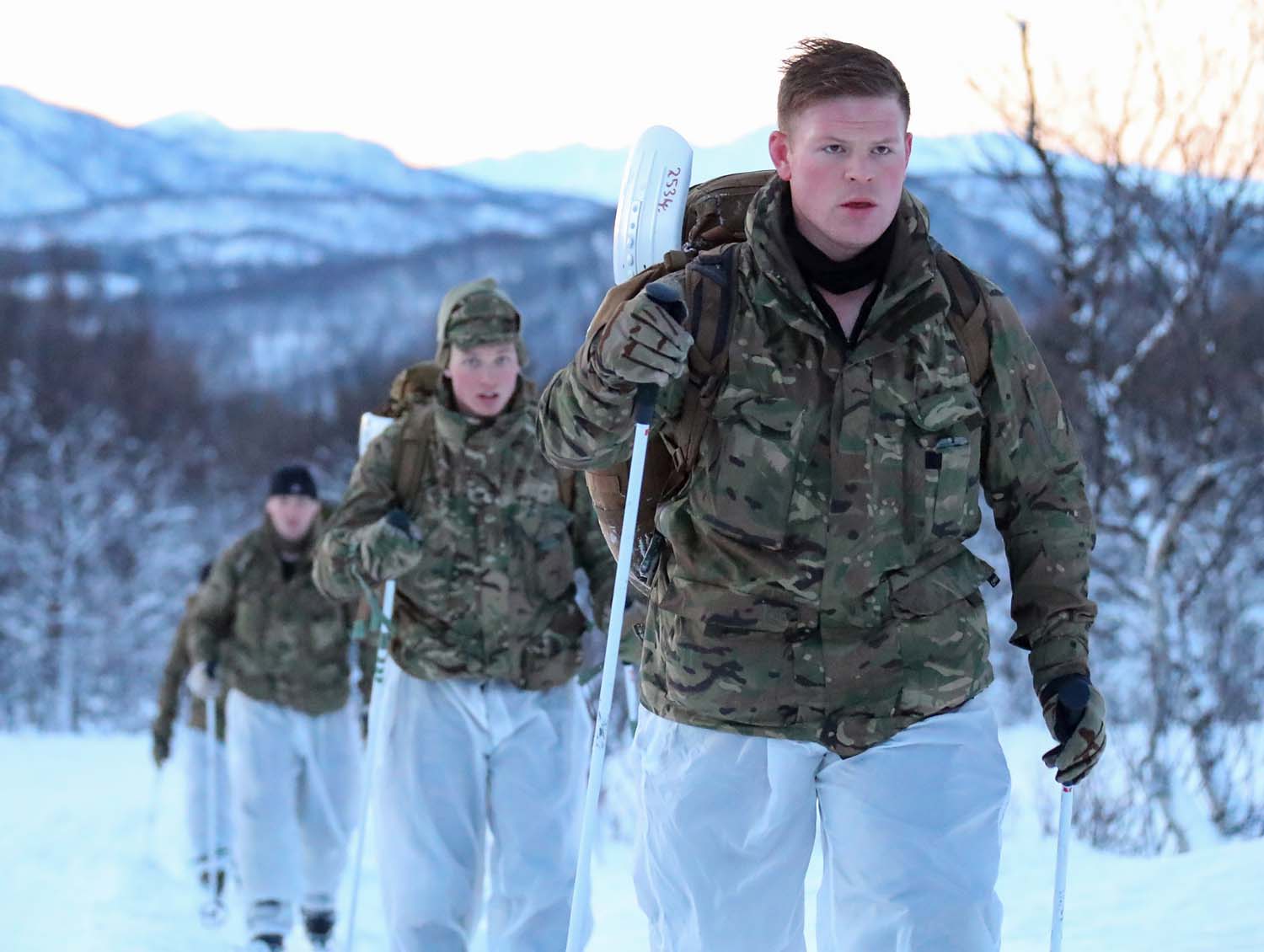 The training includes cross-country ski marches, covering up to 20km a day, alpine skiing and skijoring; where commandos are towed behind a BV all-terrain vehicle for rapid movement across the battlespace.

Royal Marines’ Armoured Support Group have also been testing their ability to move through the ice and snow in their Viking All Terrain Vehicles. The Bovington-based Vikings recently arrived in Norway, unloading from sealift ship MV Eddystone at the port Sorreisa. The Vikings and other vehicles used by the Royal Marines headed in land for the staging area at the base in Bardufoss, before heading out to Setermoen for driver training. At the driving area, the Vikings and their drivers were put through their paces, adapting to the hazards of driving across ice and snow. 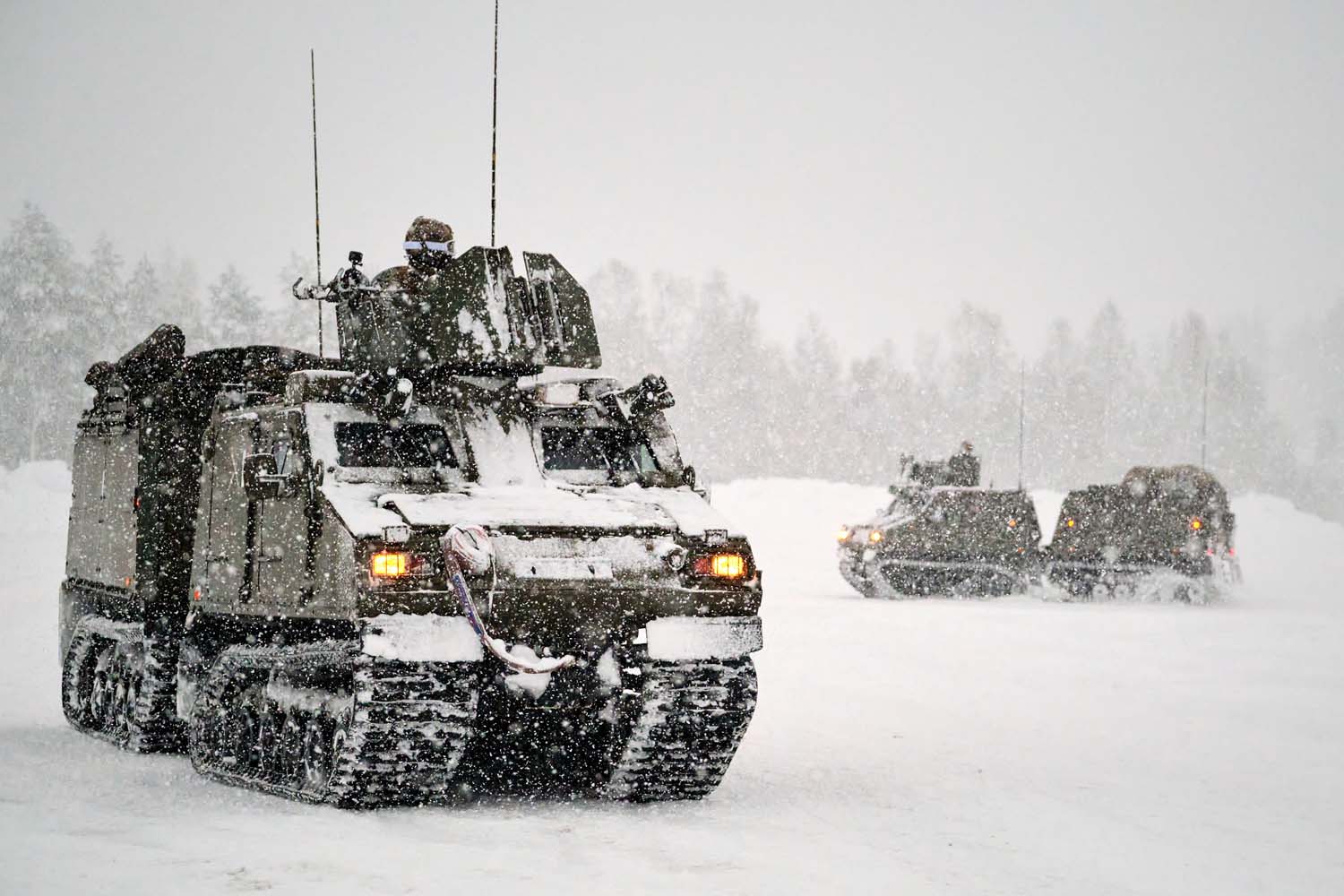 Further south, in the fjords at Hellarbogen, the small raiding boats of 47 Commando are beginning their Arctic work. The coxswains are testing their ability to work in the extreme cold ahead of raiding missions alongside 45 Commando as well as their own work on Exercise Cold Response, during which they will be launching from the Cold Response task group’s ship and attack the coastlines. They are also working closely with the Norwegians while in the region. 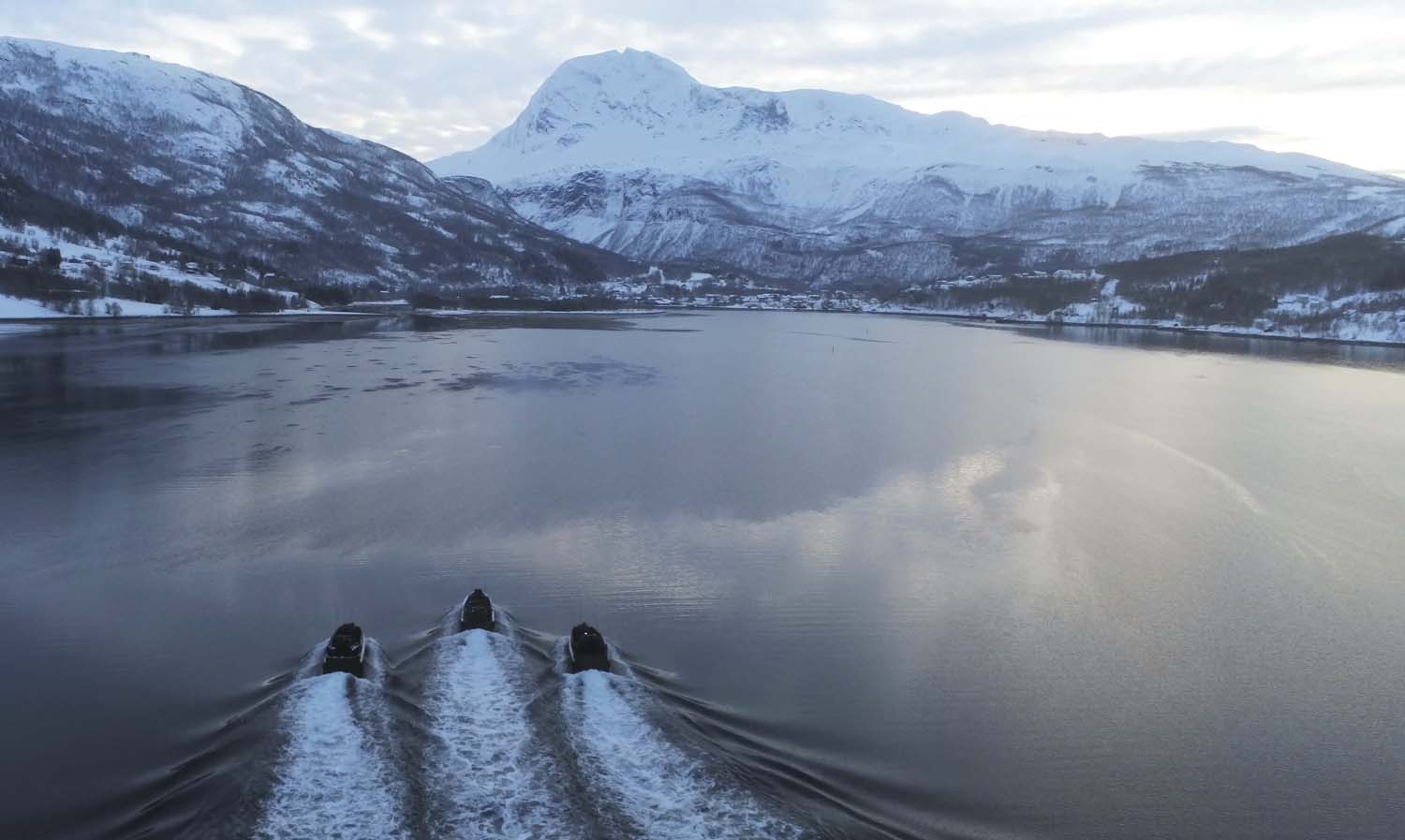 “47 Commando have deployed their Raiding Squadron to the Arctic Circle for 3 Commando Brigade’s Winter Deployment,” said Captain Jack Denniss. “Royal Marines are well versed in being cold, but in the Arctic fjords of northern Norway determination alone is not enough to overcome the extreme temperatures. For the coxswains of 47 Commando’s Offshore Raiding Craft (ORC), the sub-zero temperatures are multiplied by the winds experienced at 30 knots.”