On July 25 a U.S. Navy MH-60R Sea Hawk aircrew embarked aboard the USS Michael Murphy (DDG 112) sighted a low-profile go-fast vessel. As the helicopter approached, a hatch opened on the top of the vessel and three passengers were seen jettisoning objects. 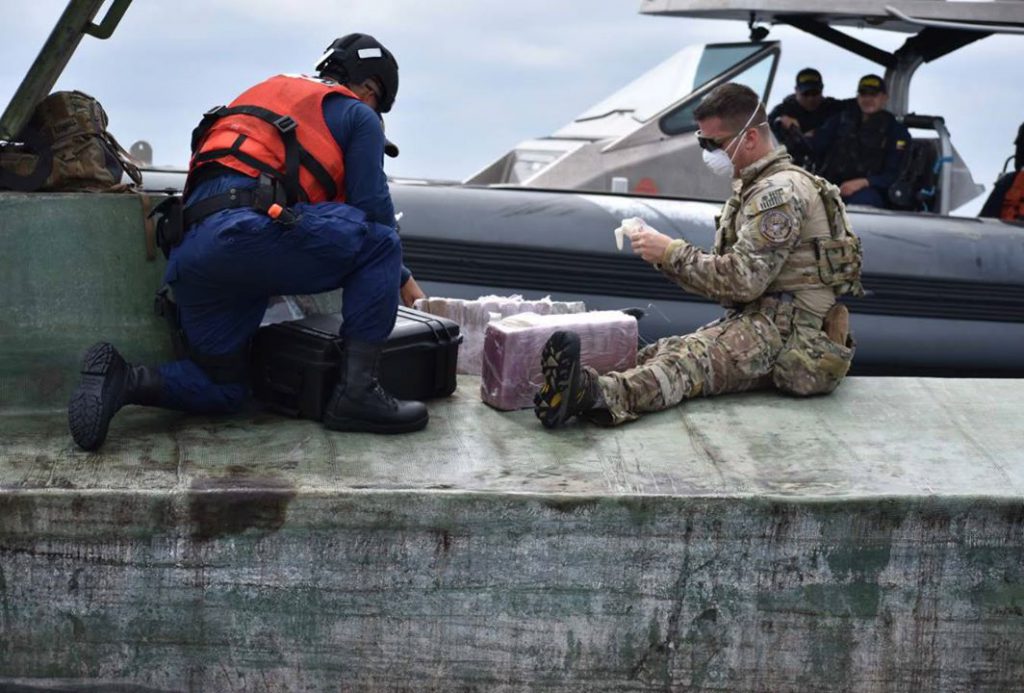 The Michael Murphy remained with the suspected smuggling vessel until the Midgett arrived on scene to conduct a law enforcement boarding. Midgett’s boarding team seized approximately 2,100 pounds of cocaine from the interdiction and apprehended three suspected smugglers. 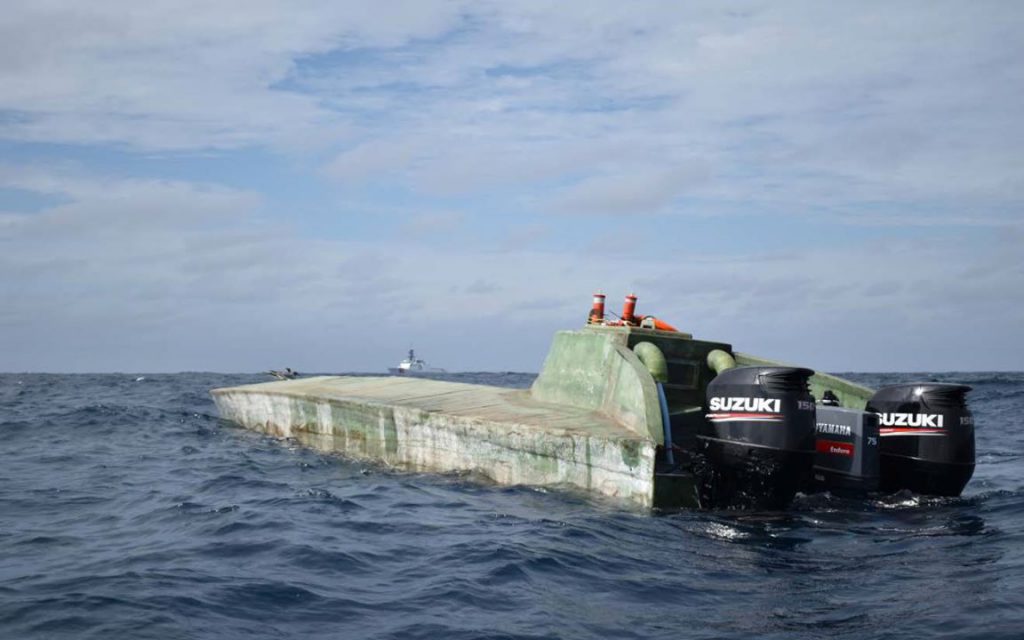 “Even though the cutter is still in a pre-commission status, this interdiction showcases how ready our crew is and how capable the national security cutters are,” said Capt. Alan McCabe, Midgett’s commanding officer. “It also demonstrates the importance of our partnership with the U.S. Navy, whose contributions are vital in stemming the flow of drugs into the United States.” 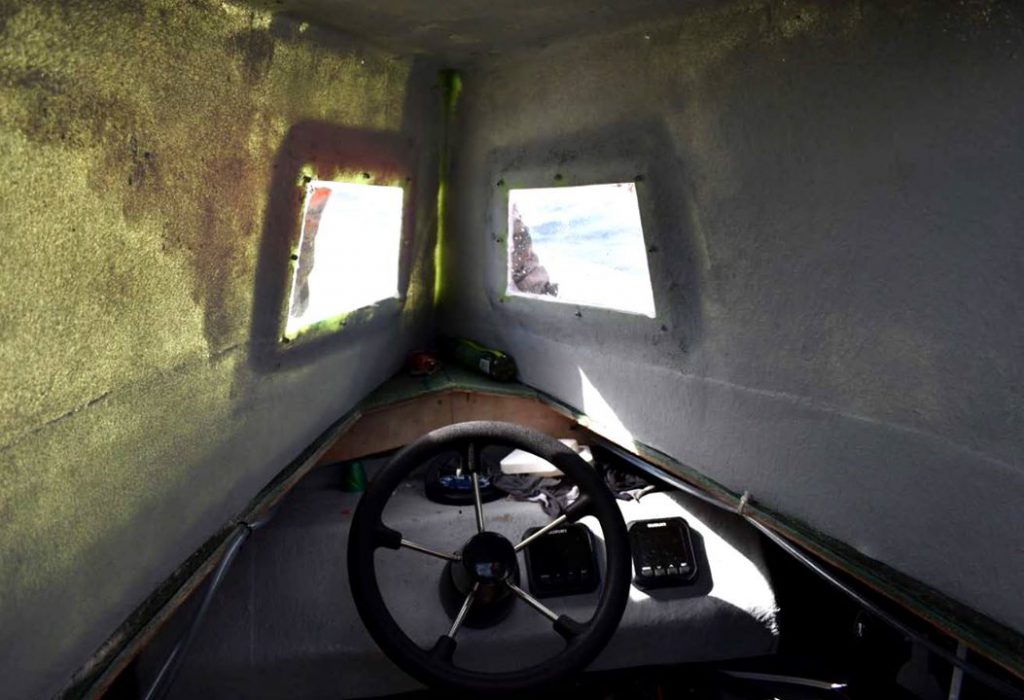 Nearly 80% of all known illegal narcotics coming into North America are smuggled by international cartels through the eastern pacific corridor. As these cartels become more advanced in their methods at sea, the U.S. Coast Guard is recapitalizing its fleet with modern assets equipped to detect, interdict and disrupt the growing flow of illegal drugs, weapons and people in the Eastern Pacific. 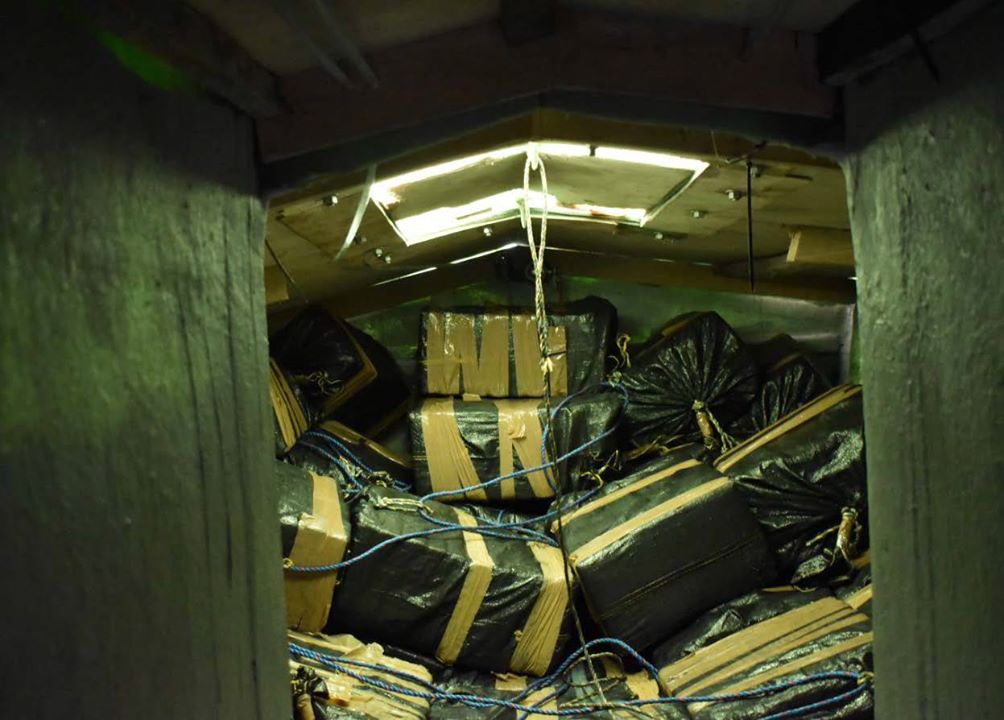 Midgett, the Coast Guard’s eighth national security cutter, was accepted by the Coast Guard in April. The cutter passed through the Panama Canal in July and is sailing to Midgett’s future homeport in Honolulu, where it will be commissioned Aug. 24, along with its sister-ship, the Coast Guard Cutter Kimball (WMSL 756). 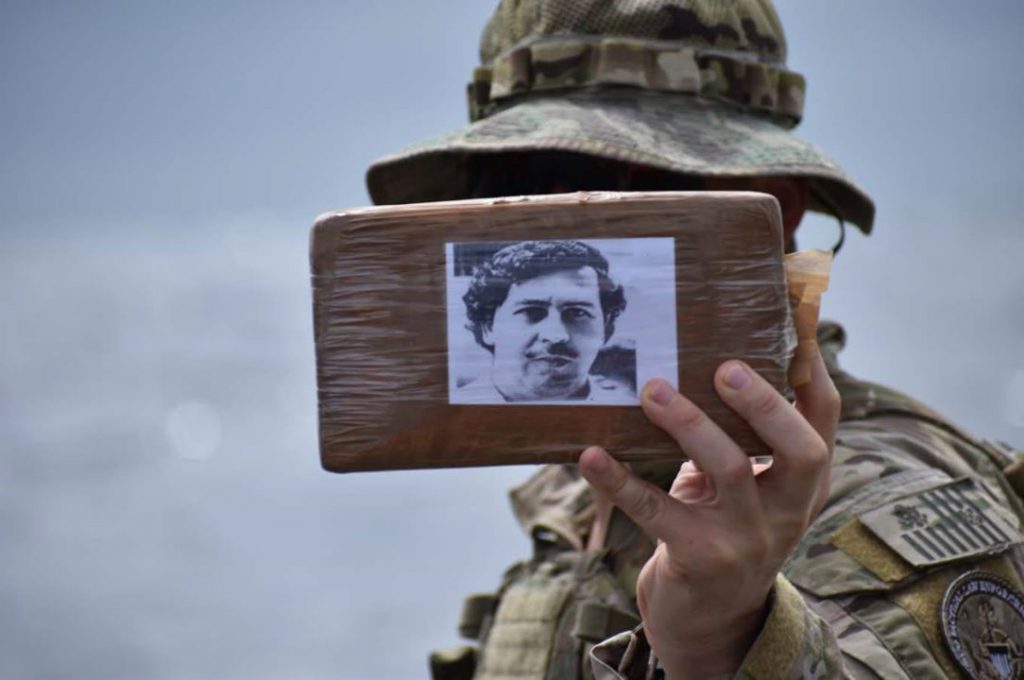 A brick of cocaine from the cargo hold of a low-profile go-fast drug smuggling vessel. U.S. Coast Guard photo.

While national security cutters like the Midgett possess advanced operational capabilities, over 70% of the Coast Guard’s offshore presence is the service’s aging fleet of medium endurance cutters, many of which are over 50 years old and approaching the end of their service life. Replacing the fleet with new offshore patrol cutters is one of the Coast Guard’s top priorities. 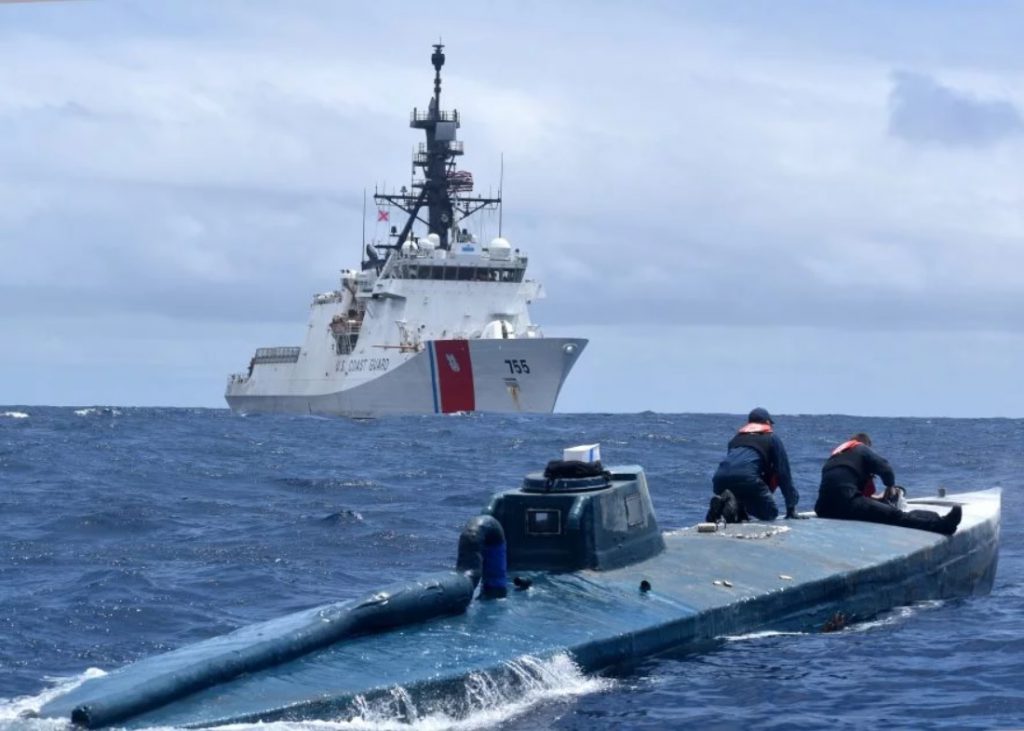 The offshore patrol cutter will provide a critical capability bridge between national security cutters like the Coast Guard Cutter Munro (WMSL 755), which offloaded 39,000 pounds of cocaine last month, and fast response cutters like the Robert Ward, which recently seized more than 3,000 pounds of the cocaine in the first cocaine seizure made by a fast response cutter in the Eastern Pacific.