Napoleon once said that an Army marches on its stomach – meaning that food is an essential weapon of war. These days it seems that getting good coffee has become just as important as good food and plenty of ammo. 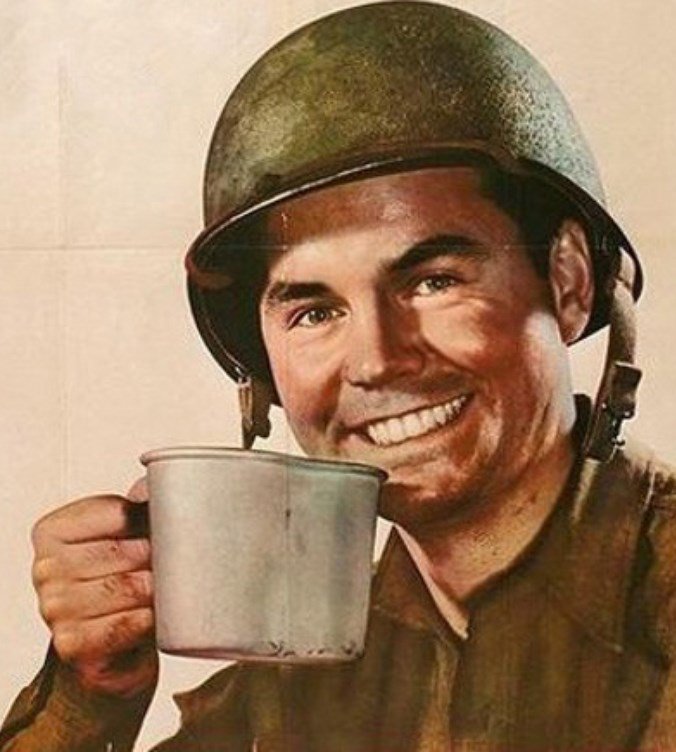 However, despite the happy soldier depicted in the famous WWII poster image, most of the “standard-issue” coffee we’ve had to endure at military installations has been a weak, insipid, sorry excuse for the magic elixir. And it only gets worse when transported out to troops in the field – often arriving either cold or over-done. So, some guys have gone to pretty lengthy and extreme ends in order to have a good cup of coffee on deployment, or out in the field.  Harrison Suarez and Michael Haft of Compass Coffee, pictured below during the time as Lieutenants in the US Marine Corps, show the degrees of sophistication that can be taken in pursuit of good coffee in austere environments. 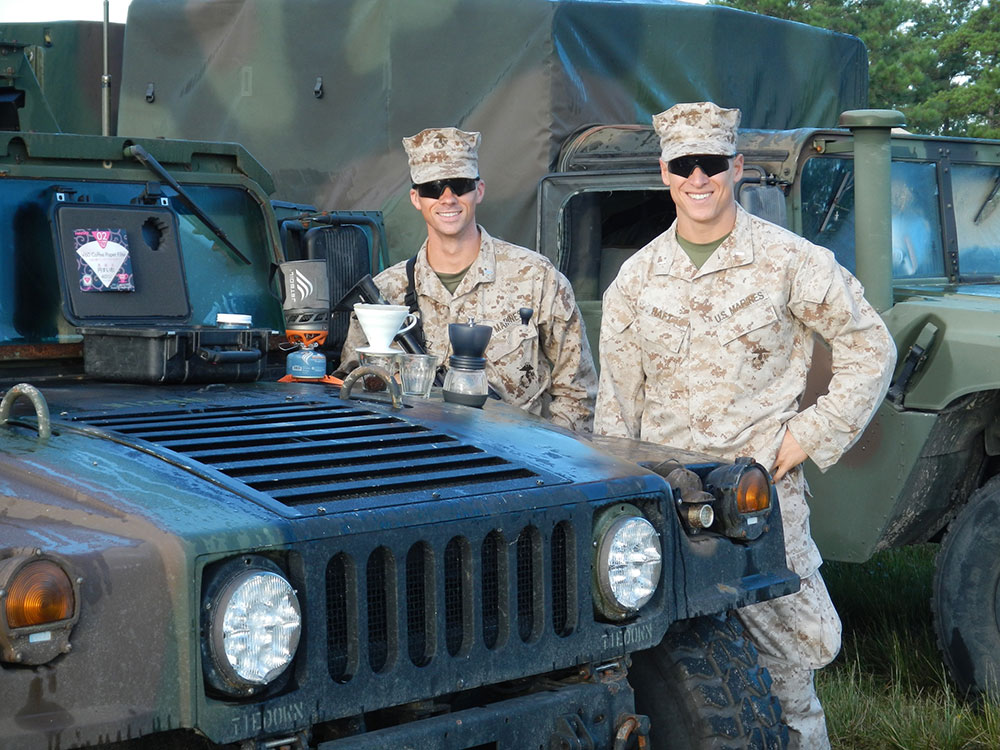 On the other hand, a recent article on the Stars and Stripes website reminded me of an even simpler way to make yourself a good coffee. The article showed an Italian Paratrooper from the famous Folgore Division pulling out and setting up a personal camp stove and coffee pot during a recent exercise in Bulgaria. 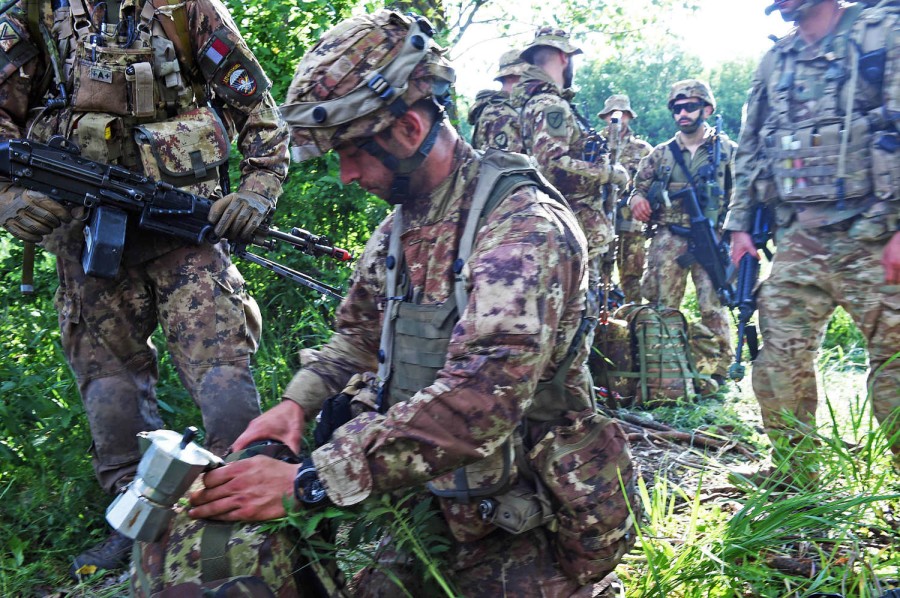 This photo made me chuckle when I saw it because I immediately recognized the distinctive, classic shape of the famous Bialetti Moka Express coffee maker – one of which I myself use almost everyday at home. Designed by Alfonso Bialetti in 1933, the Moka Express became a style icon following its relaunch in the 1950’s, and has since gone on to become the world’s most famous coffee pot. The Moka’s clean classic design – with its symmetrical eight-sided metallic body – is easily recognisable and has been cited in the Guinness Book of World Records, as well as in various essential design books. The blueprints for the Moka Express are even said to be on display at the London Design Museum. 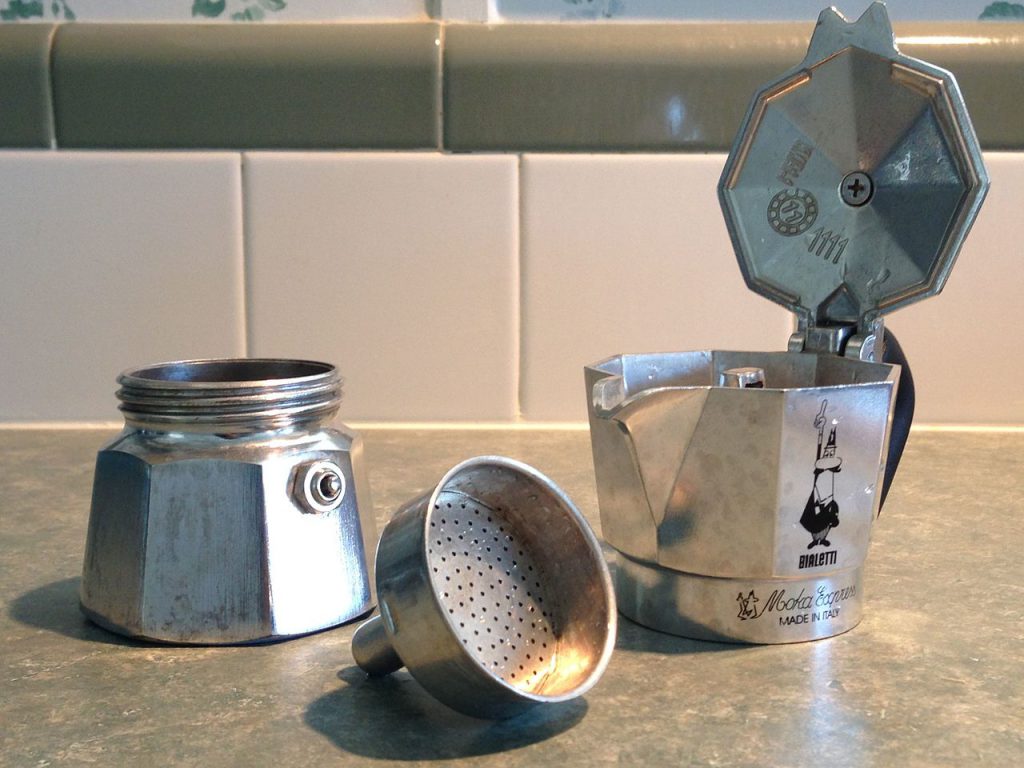 Take a good look at the large, complicated, and expensive espresso machines used by baristas in Starbucks, or real coffee houses and cafes, and you’ll note that the Moka Express by comparison is small, cheap, and easy to use. These features are exactly what has fueled its world-wide popularity as way to brew delicious espresso-grade coffee at home. I first got introduced to the Moka Express many years ago when I was in Germany and I’ve enjoyed the ease and simplicity with which it produces a delicious cup of coffee ever since.

Although it often referred to as an espresso maker, the Moka Express actually uses the percolation method to brew coffee – besides which, the fine particles of espresso-grind coffee could clog up the filter. In the percolation method the pot is placed on a stove element and heated until pressure in the water compartment increases causing the water to rise through a funnel, through the coffee grains, through a filter and, finally, into the top compartment. 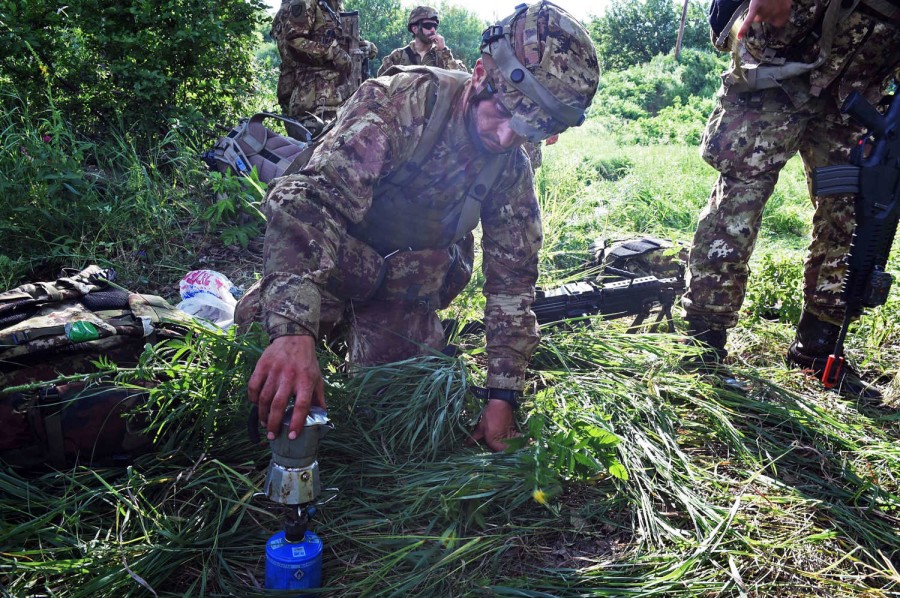 It wasn’t until I saw the photos in the Stars and Stripes article however that I had ever thought of it as also being a great solution for brewing up out in the field or while camping. But given the Moka’s simplicity and robustness I think it makes perfect sense as a field coffee maker – and what’s more, they are very easy to find and buy online and in stores – and cost a fraction of some other designs.

If you’ve not used a Moka Express before, this video tutorial below will show you what you need to know, as well as a few useful extra tips – the frozen bar towel isn’t actually necessary, but removing the pot from the heat before the funnel starts to spit is a good tip for ensuring a smoother-tasting cup of coffee…

So, get yourself a Moka Express before the next time you head out into the boonies, and give it a go!