Those mad scientists at Dave’s Custom Airsoft in the UK have done it again. This time it was actually one of their apprentices – and he’s created a really unique and impressive work of art in our opinion. 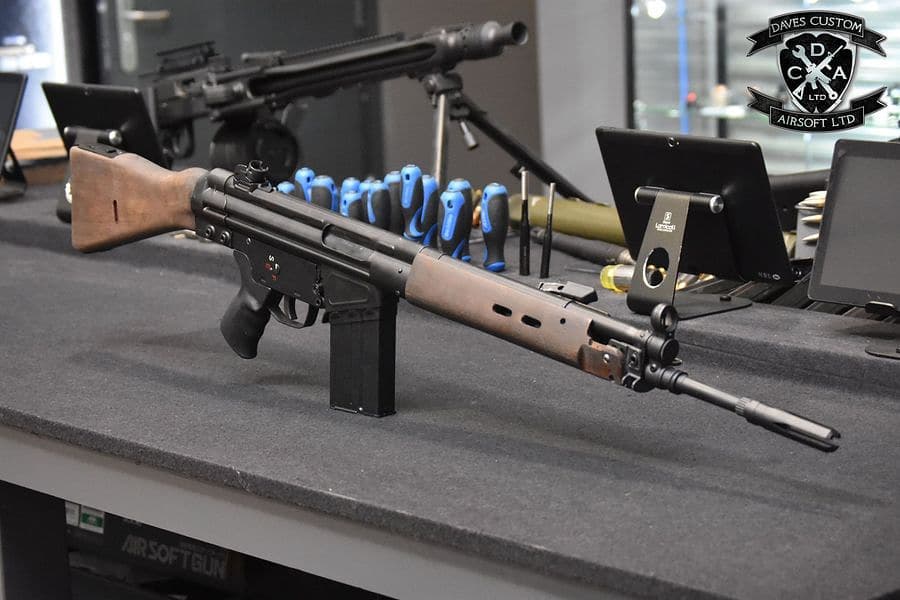 A German G3 combined with a dash of British SLR, and a touch of the original Sturmgewehr – with a sprinkling of modern Teutonic widowmakery sounds like something cooked up in Hell’s Kitchen. But if looks are anything to go by, it should actually taste heavenly.

To an LCTairsoft G3 AEG, the guys at DCA added the buttstock from an Stg-44, the forend from an ARES Airsoft SLR wood set, and the flash-hider from a G36K to create their one-of-a-kind “SturmGeFAL”. Details included rounding off the edges of the Stg-44 stock to provide a more comfortable cheek weld, and modifying the SLR handguard into a one-piece unit that fits in the same way as the original G3 handguard. The result looks both elegant and functional, and adding a G36K 4-prong flash-hider adds an aggressive counter-point to the classical appearance of the wood. 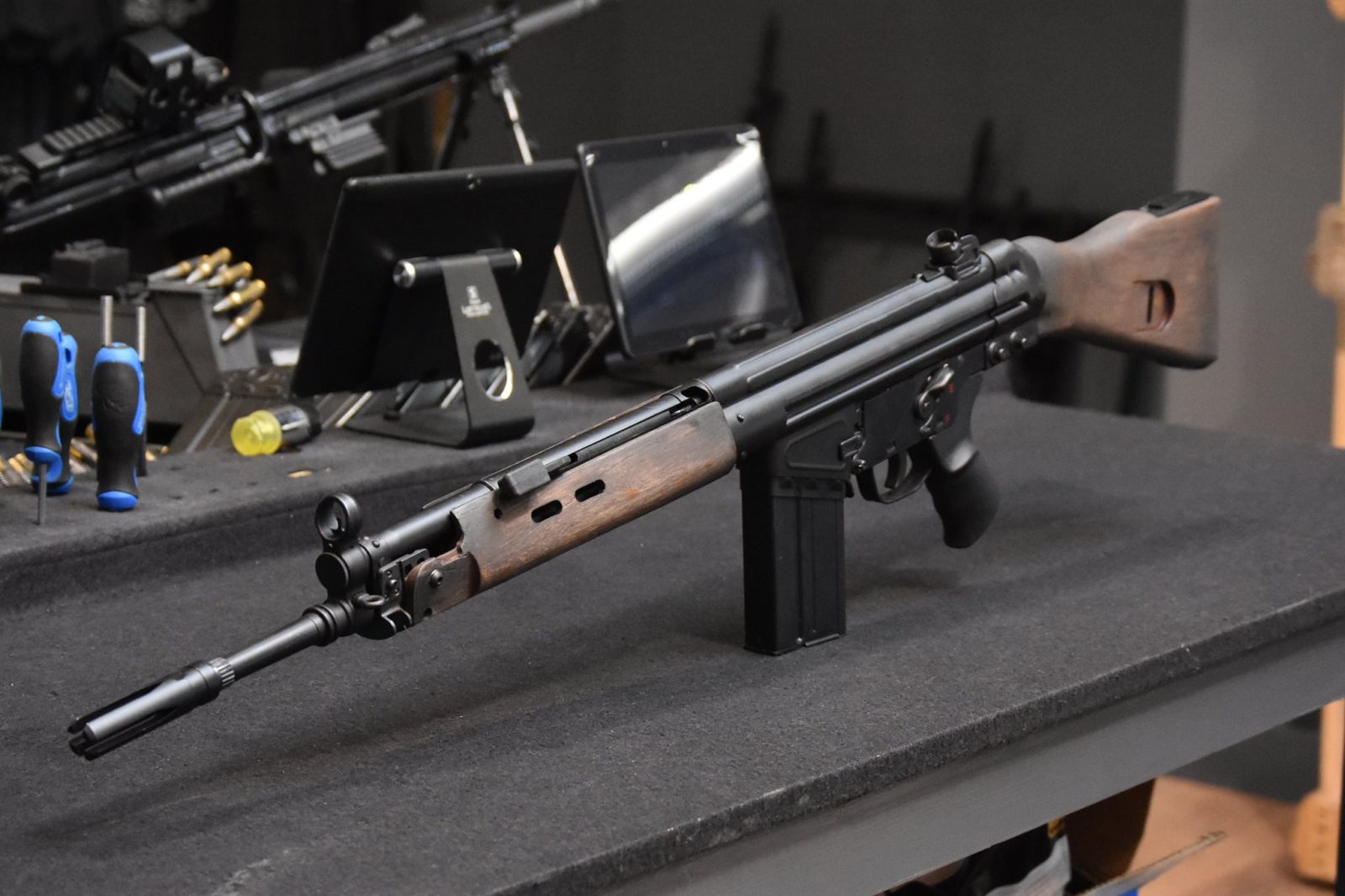 The DCA SturmGFAL also boasts excellent internals to match its gorgeous exterior. The throbbing heart of the beast is an Action Army Infinity R450000 motor with an SHS 13:1 gear Set, a metal toothed piston, an SHS M90 spring, and a GATE TITAN Advdanced V2 Mosfet for excellent trigger response. With 0.20g BBs the SturmGFAL shoots at 330 FPS but with a rate of fire worthy of a buzz saw.

Now, lest you think that this is all just pure fantasy, the Spanish CETME 58 rifle which was the predecessor of the G3, did initially sport wooden furniture (see below). I do wish that DCA had used a wooden pistol grip to complete the classic look of the SturmGFAL though. And since they’ve only made one example of the SturmGFAL – it would be really cool if they could offer this wooden furniture set as an after-market kit for G3 users who want to pimp their own guns.

Until that day comes (if evere), check out SturmGFAL the product page at Dave’s Custom Airsoft for the full details of this unique beauty: DCA-SturmGFAL