Mask up, hook up! 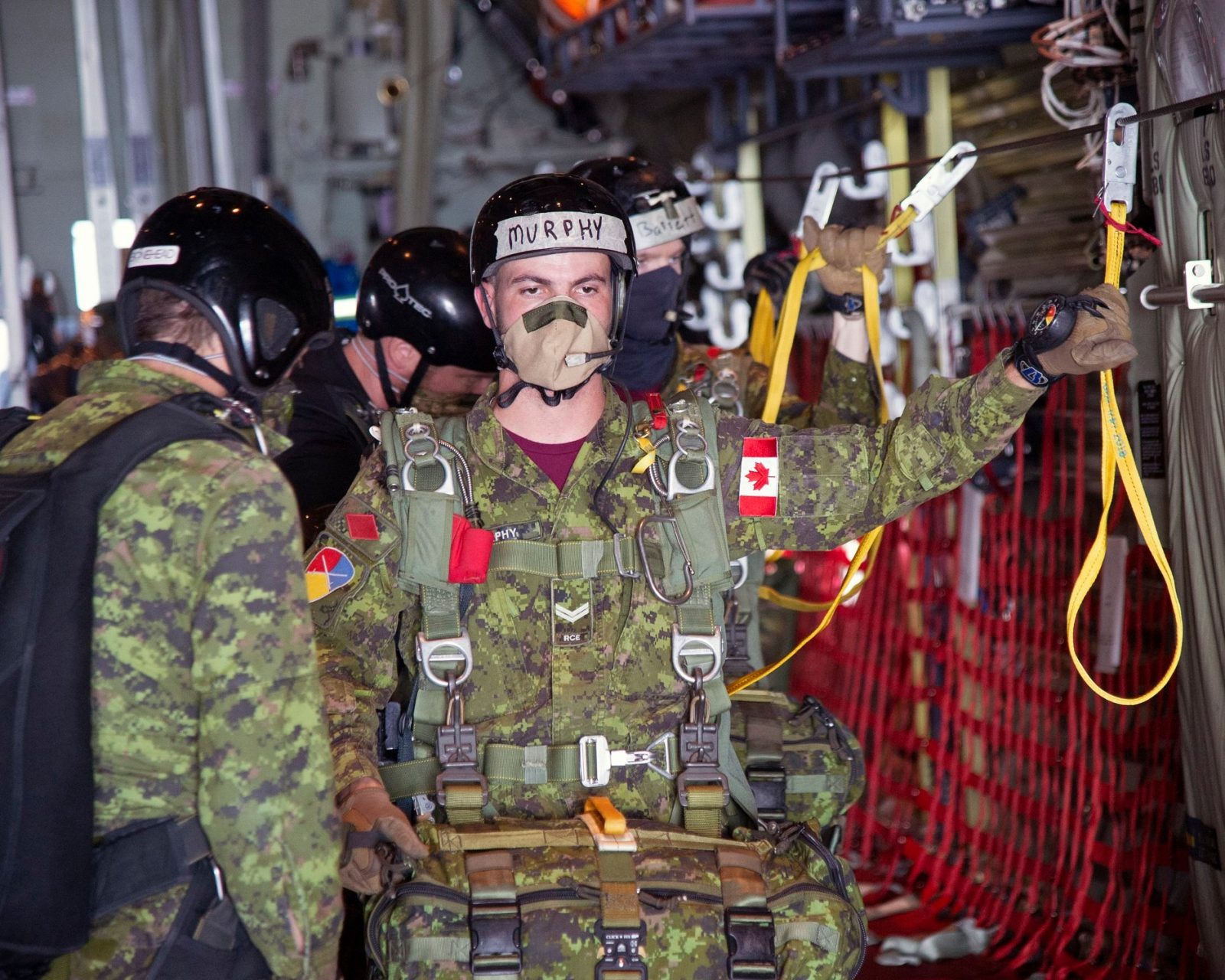 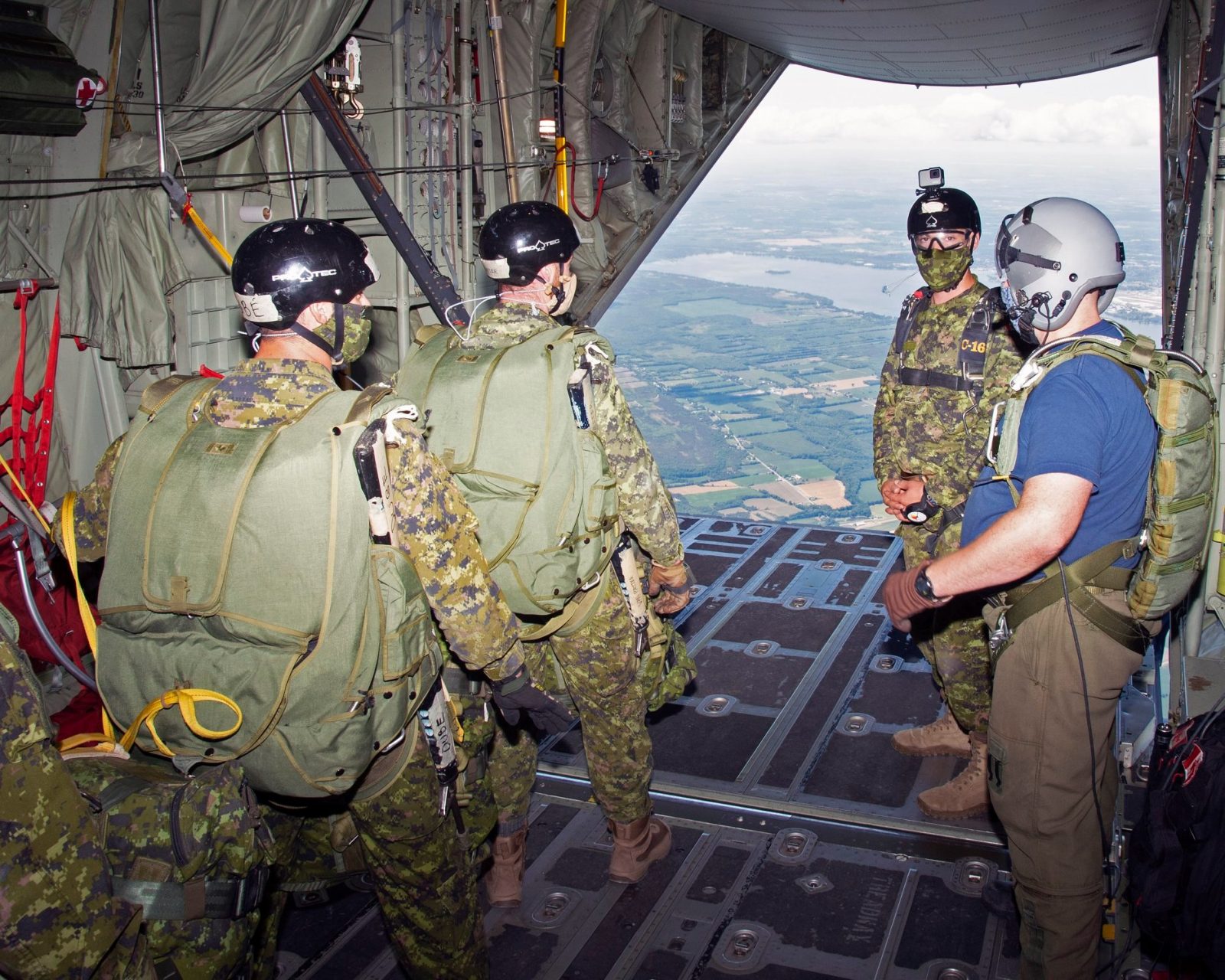 Canada entered the airborne world with the creation of two airborne battalions in 1942 that were initially trained at Fort Benning, Georgia, USA, and then later retrained with British equipment and procedures at Ringway, UK. In May 1943, a Canadian Parachute Training Centre was formed in Shilo, Manitoba. With knowledge gained from training in both American and British parachuting techniques, Canadian trainers were able to develop a truly Canadian method of parachuting by incorporating the best features of both systems. Following several name and location changes, the school was moved to Edmonton in 1970 as the Canadian Airborne Centre (CABC) and then moved to Trenton in August 1996, becoming the Canadian Parachute Centre (CPC). In July 2013, the Center was renamed the Canadian Army Advanced Warfare Centre (CAAWC). 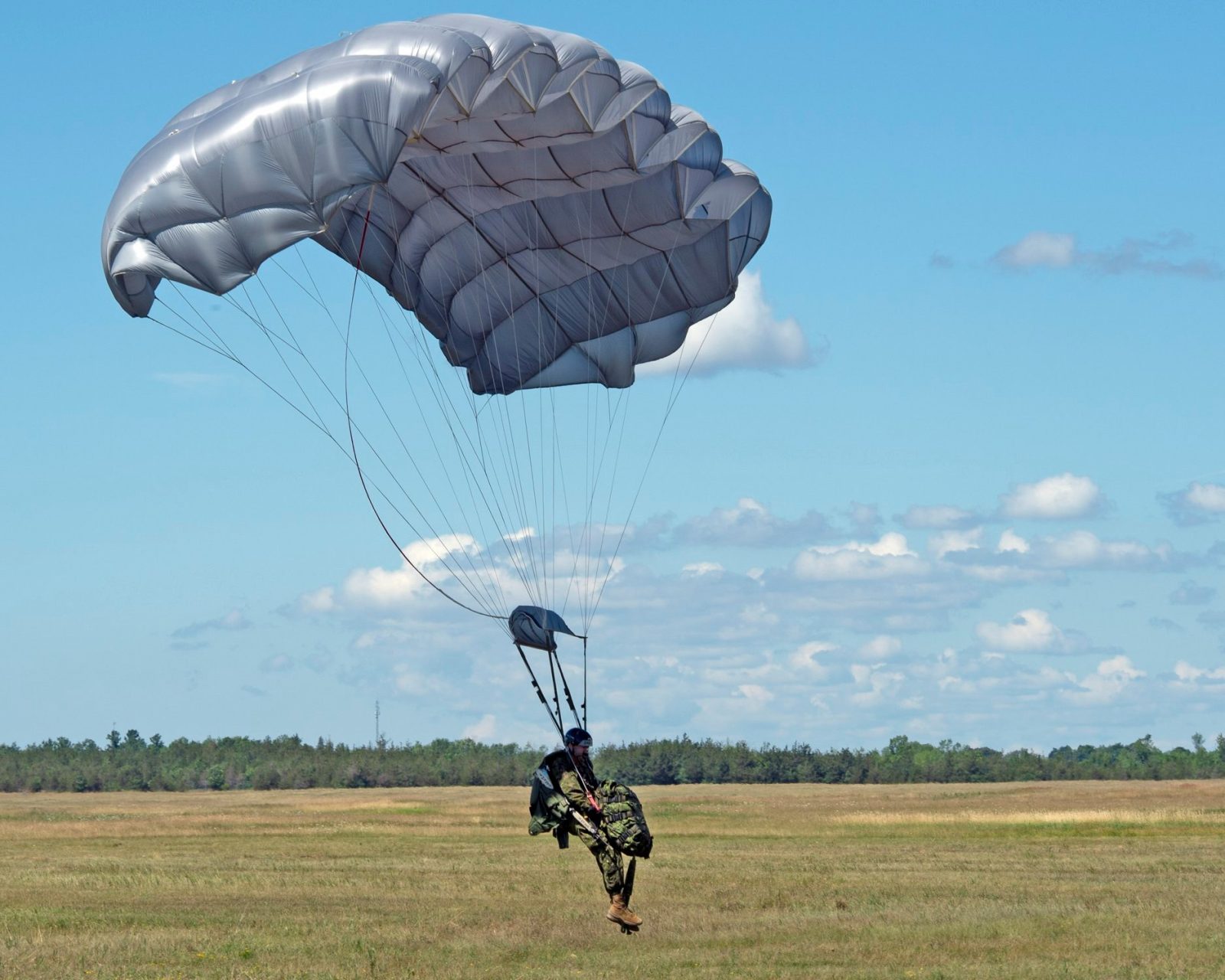 As such, CAAWC delivers basic and advanced training on a variety of subjects that include: 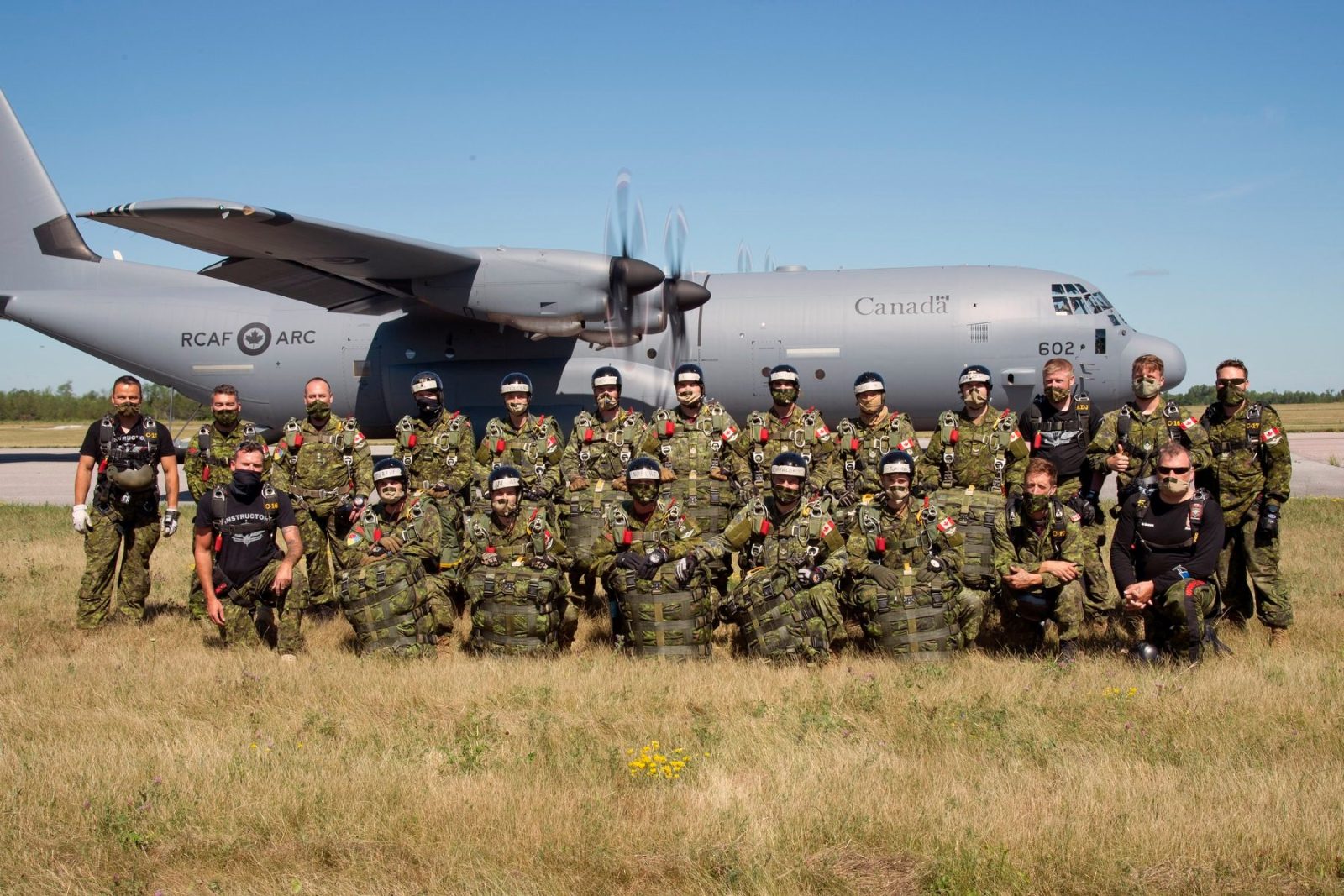 CAAWC is one of the most diverse training establishments in the Canadian Armed Forces, supporting the Air Force, Navy, and CANSOFCOM with it’s courses as well. CAAWC also serves as the Parachute Depot responsible for all aspects of parachute maintenance.