Canada and the United States not only share the longest unfortified border in the world, but military relations between the countries are longstanding, well-entrenched and extensive as well. The closeness of the partnership also provides both countries with greater security than could be achieved individually.

During the Second World War the two countries even formed a bi-national, joint special operations unit – the famed 1st Special Service Force (“The Devil’s Brigade”) – which served with great distinction in the Aleutian Islands, Italy, and southern France. Although it was disbanded in 1944, all modern American and Canadian Army special operations forces can trace their heritage to this unit. 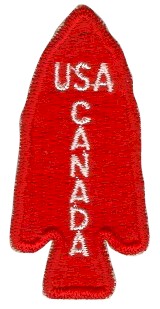 Fast-forward 60 years and the US and Canada found themselves in the midst of the Global War on Terror. The unique challenges of this threat, and the campaign to defeat it, drove a number of changes and innovations across the SOF communities of the US, and all NATO members. For the Canadian military it also led to a significant increase in the size, scope and organization of its SOF and SOF-capable forces. This expansion, upgrading, and reorganizing led to the creation of a separate Canadian Special Operations Forces Command (CANSOFCOM) in 2006. SOF are considered by the Canadian military to be its 4th “environment” (equivalent to a branch of service) after Army, Navy and Air Force. 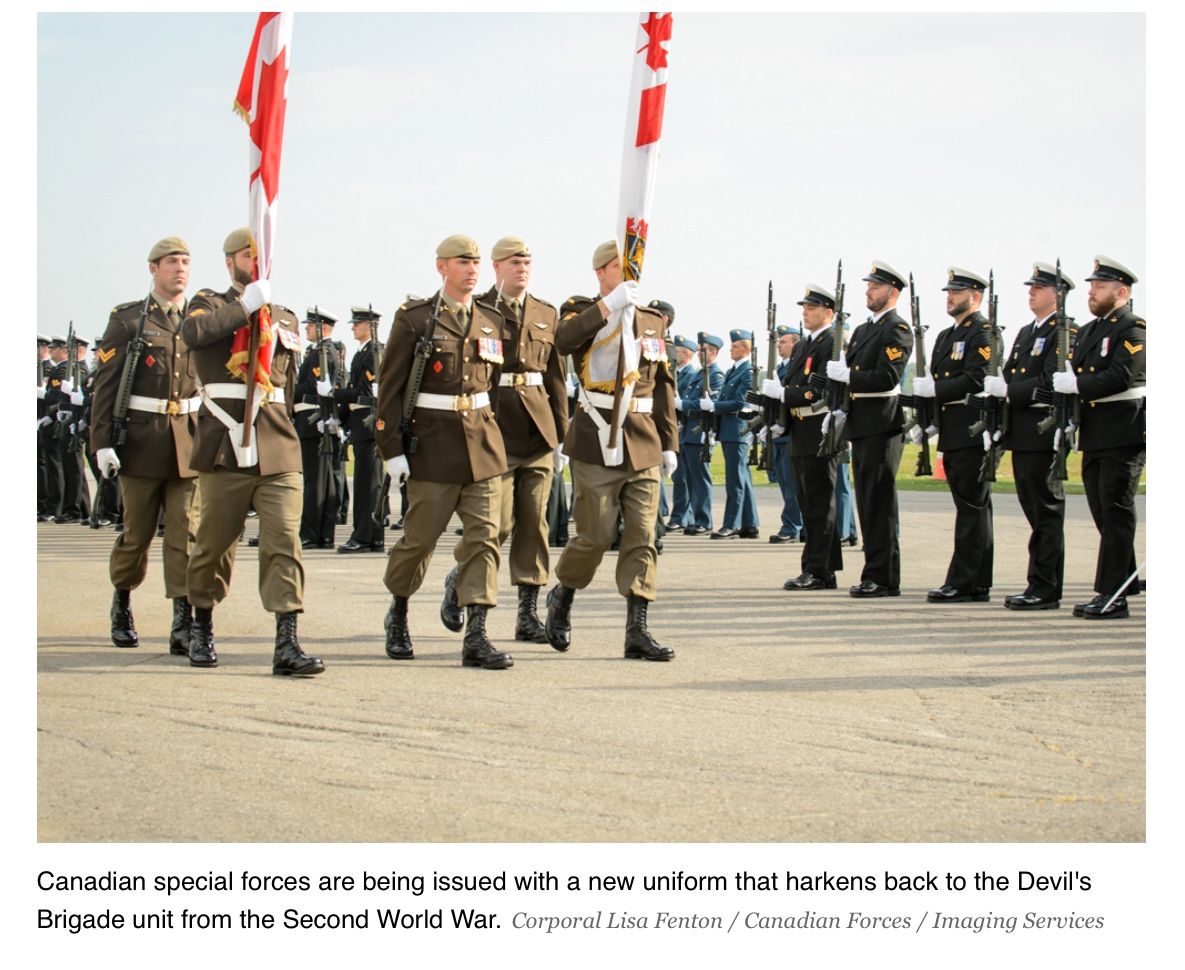 In 2017 a new Dress Uniform was designed and authorized for wear by CANSOFCOM personnel and began to be issued in the latter part of that year. As can be seen here, the new uniform bears a strong resemblance to the US 1940-pattern “Pinks and Greens” Officers’ Model Service Uniform that was worn by 1st Special Service Force Officers during WWII. The heritage link was deliberate, as CANSOFCOM carries on the lineage of the FSSF. A further connection to the past is CANSOFCOM’s adoption of the red arrowhead patch reminiscent of the wartime FSSF patch. 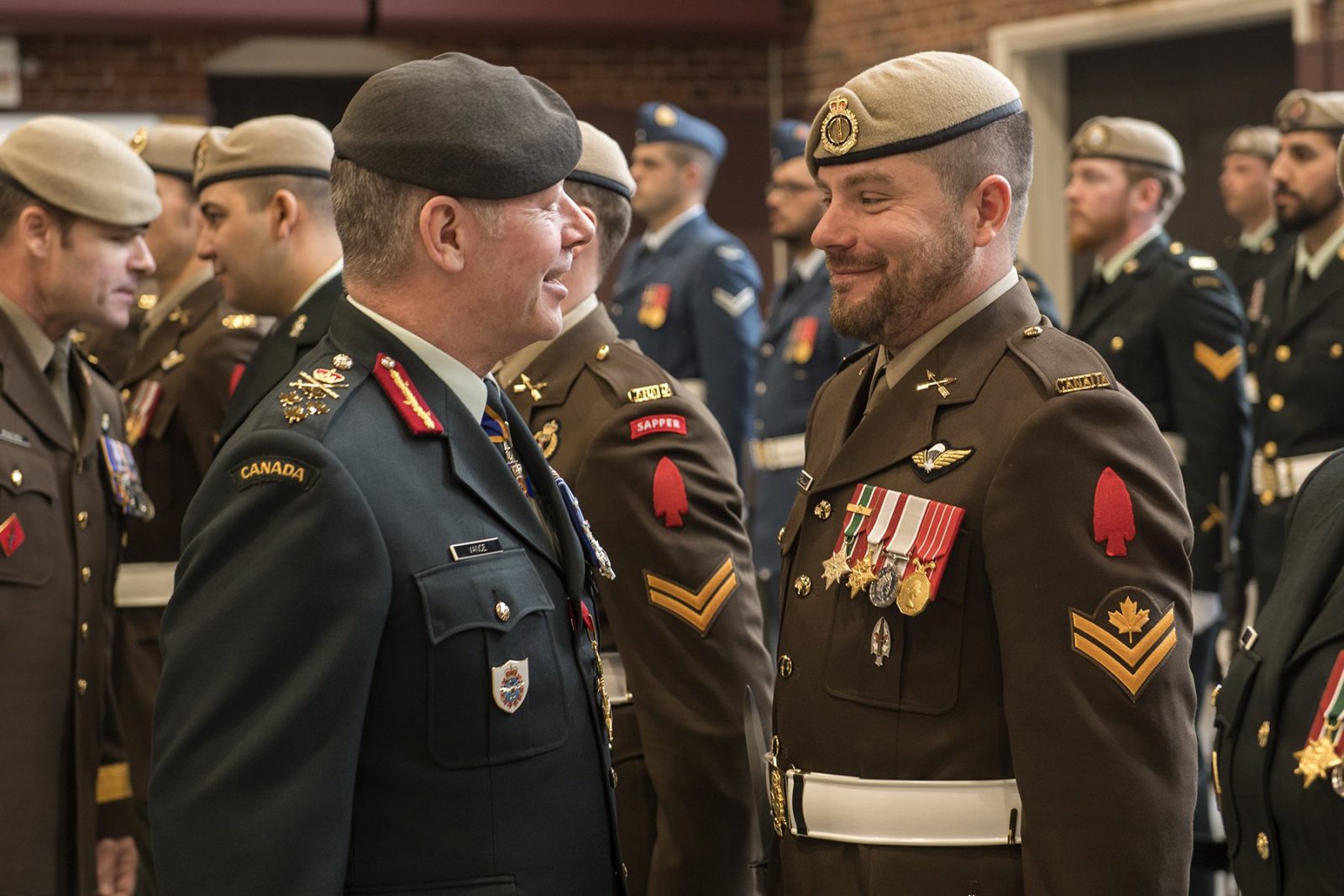 We don’t if, or how much, the new CANSOFCOM Dress Uniform influenced the US Army Leadership’s decision to also introduce a new Dress Uniform based on the WWII design – but it is certainly at least an interesting coincidence that the Army revealed the first prototype of its new version of the “Pinks and Greens” one year later. There are a couple of significant differences between the new Canadian and American uniforms though; the Canadian uniform doesn’t include an integral cloth waist belt, and it also has a more “inspired by” look, rather than the virtually “identical copy” look of the new US Army AGSU.

It wouldn’t be the first time that American and Canadian troops wore the same, or similar, uniforms though. The 1st Special Service Force was totally kitted out with American uniforms and gear in WWII, and in more recent times the US Marine Corps’ MARPAT camo, the US Army’s UCP camo, and the US Navy’s AOR 1 and 2 camouflage patterns are all recolored copies of the Canadian CADPAT pattern geometry, which was shared with the US under a defense technology sharing agreement.

Charles L Stewart, at right, in the uniform of the 1st Special Service Force, with his brother who was in the Royal Canadian Air Force.   Photo: William Stewart.  Source: Canadiansoldiers.com

At any rate, I think we can all agree that both the CANSOFCOM Dress Uniform and the US Army AGSU are very sharp looking uniforms that reflect a great, and unique, heritage. 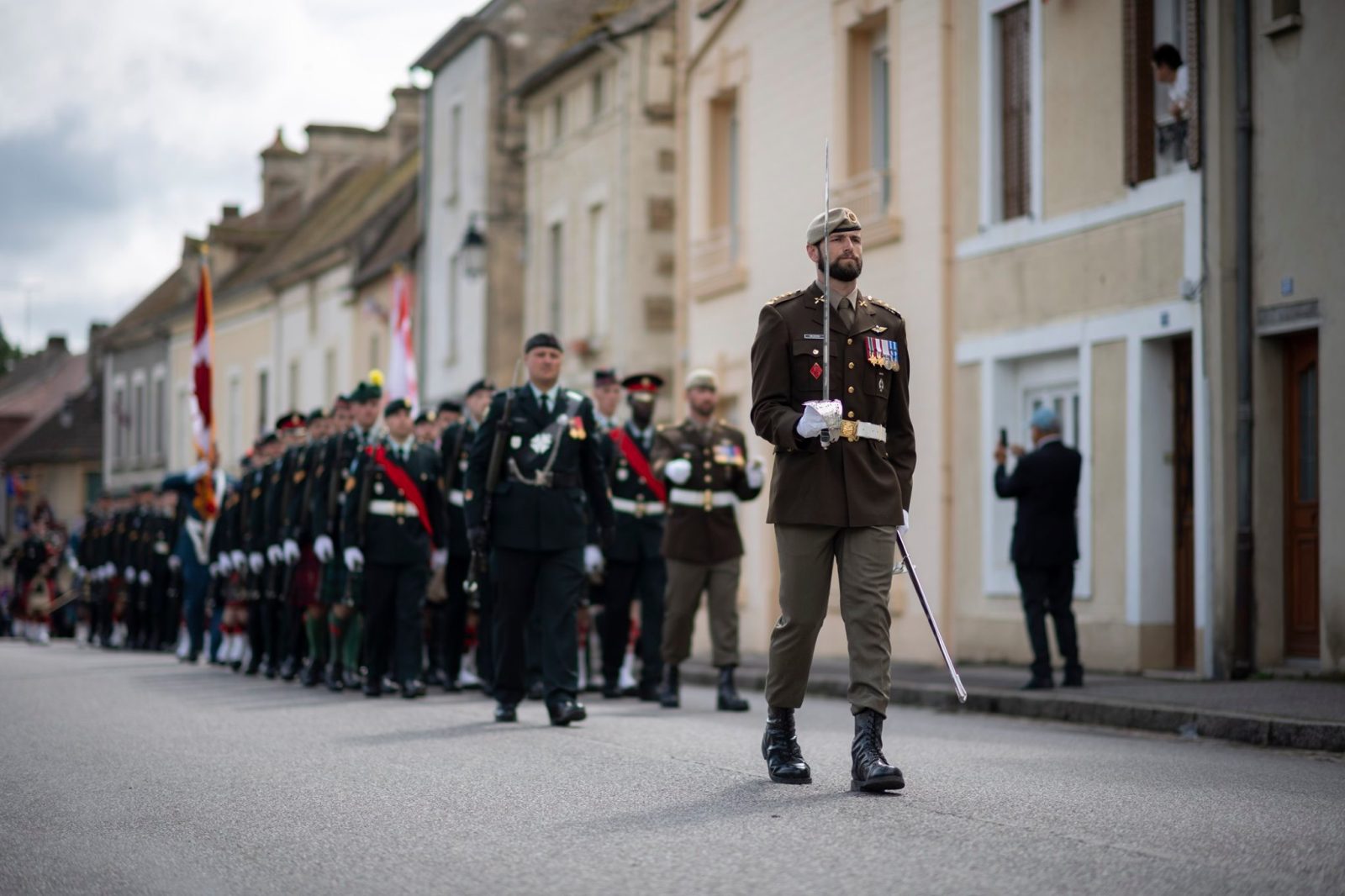 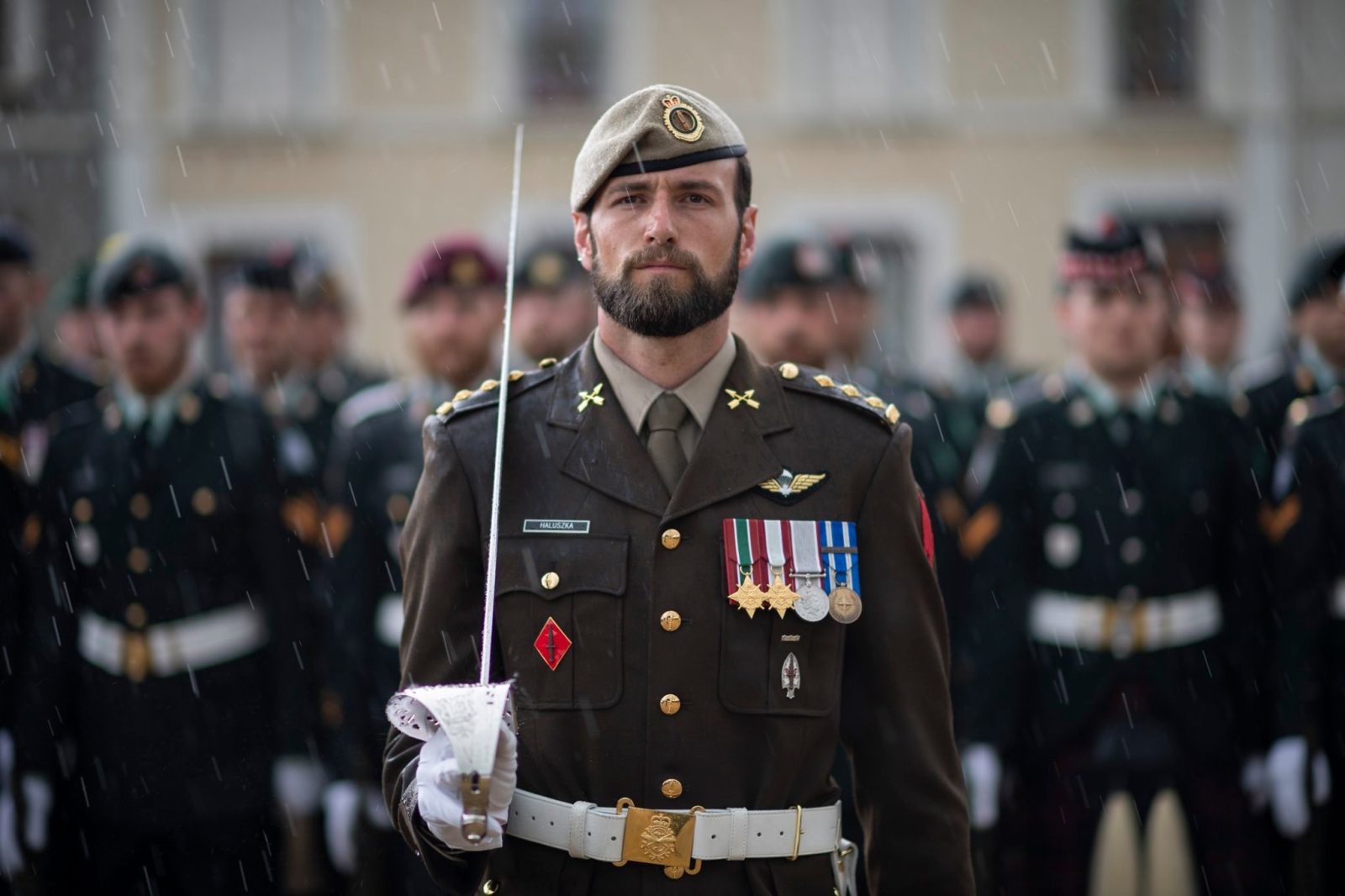 A contingent of Canadian soldiers led by a Captain from CANSOFCOM participate in a parade on June 5th in Normandy, commemorating the 75th anniversary of the D-Day landings. Photo: Department of National Defence