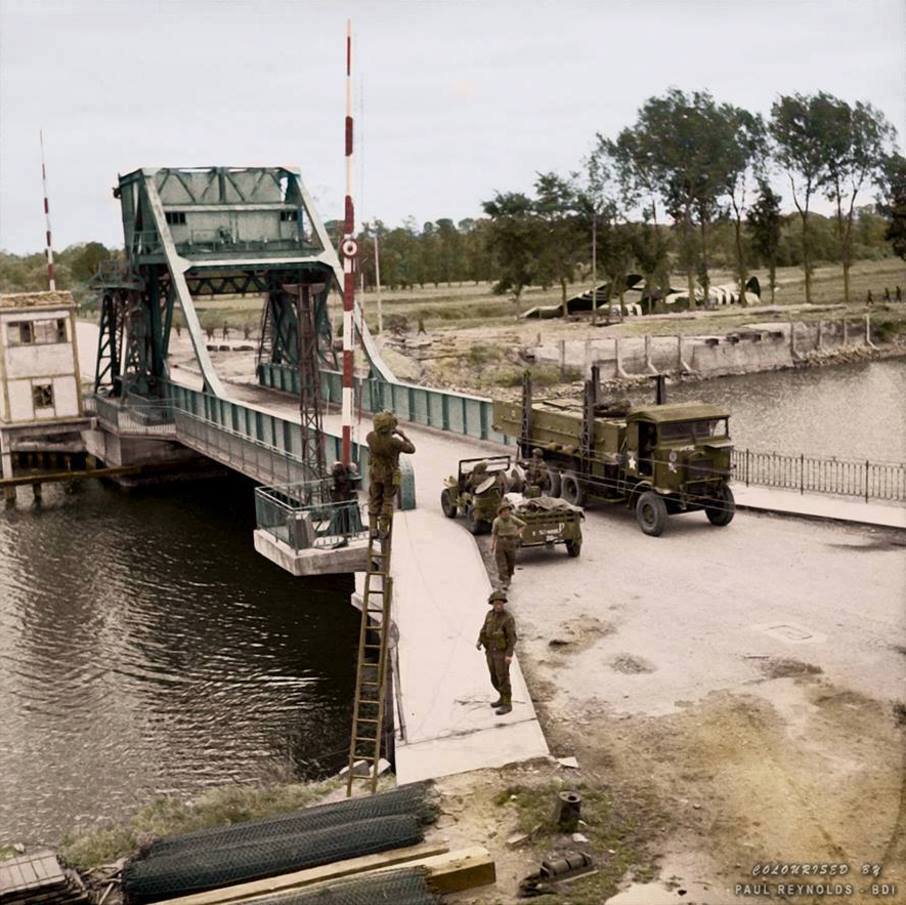 Vehicles including a Royal Signals jeep and trailer and RASC Leyland lorry on the Pont de Bénouville over the Caen Canal at Bénouville, Calvados. The signallers are fixing telephone lines across the bridge.

At 00:16 hrs on the 6th June, the British 6th Airborne Division consisting of ‘D’ Company of the Oxfordshire & Buckinghamshire Light Infantry landed by parachutes and gliders east of the River Orne and the Caen Canal.

The small force of 181 men was commanded by Major John Howard and joined with a detachment of Royal Engineers who landed at Ranville-Benouville in six 28-men Horsa gliders. Having taken off from Dorset, the gliders were towed across the Channel by Halifax Bombers. With perfect navigation and piloting skill, the gliders landed on time and on target within few yards of each other. Major Howard’s glider landed within a few feet of the canal bridge. The bridge was captured after a fierce ten minute fire fight, the action all over by 0026, a full six hours before the beach landings.

So, just 90 minutes after taking off from RAF Tarrant Rushton in England, Major Howard was able to send the code words “Ham and Jam”, indicating that both bridges had been captured. In this early action of D-Day, the first house on French soil was liberated.