There have been some surprising product announcements this week in the run-up to the SHOT Show next week. But this one is perhaps the most surprising of all the ones I’ve seen. If you had given me a list of 10 rifles and pistols and asked me to guess which one was going to be launched onto the US LE/civilian market this year, I would definitely not have picked this one… but maybe that’s just me. 😉 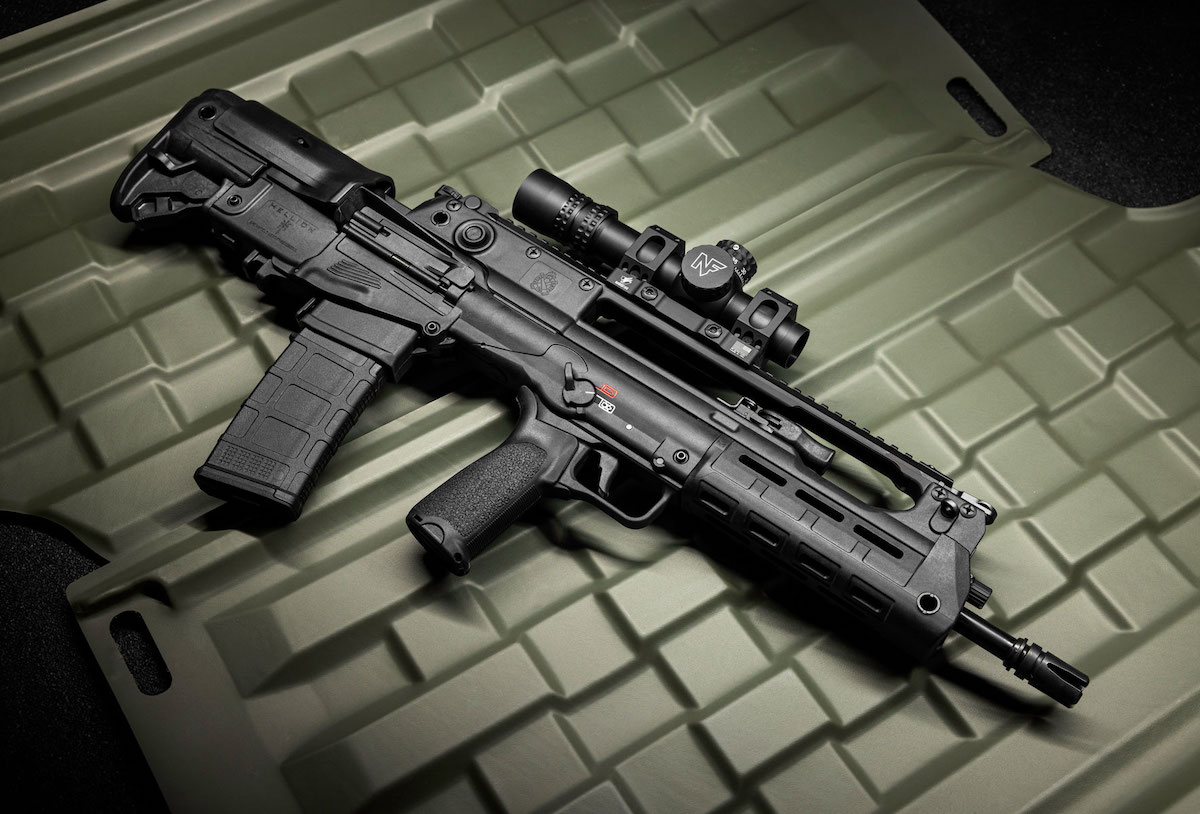 Why? Well first because it originates from Croatia. Now, absolutely nothing against Croatia – its a beautiful country with great food and wine and a long and fascinating history. But its a little country that most Americans have probably never even heard of, and certainly would have a hard time finding it on a map. Introduced in 2008, the VHS assault rifle (Croatian: Višenamjenska Hrvatska Strojnica—”multifunctional Croatian machine gun”) has often the subject of Boomer jokes about the 1970s battle between Betamax and VHS video technologies. VHS won of course, but I think many people thought the VHS rifle was more of a Betamax weapon…

Jokes aside, the VHS does appear to have proven itself now in several years of service with the Croatian armed forces – albeit an updated/improved version called the VHS-2 was introduced in 2014. Like the French FAMAS before it, the VHS has always seemed to sit a bit out in left field in the cul-de-sac of bullpup designs. But at least it never earned the bad reputation and troubled history of the British SA80 / L85 bullpup rifle. Speaking of the FAMAS, the VHS actually came close to succeeding it in French service – the HK416 won that honor in the end, but the VHS was apparently a very close second.

Meanwhile, other bullpup designs such as the Austrian Steyr AUG, the Israeli Tavor, and the homegrown Kel-Tec RDB and RFB rifles have gained a following and carved out a niche in the American market for themselves. So maybe Springfield Armory took note of that fact, and rather than churn-out yet another AR clone they decided to take a bold left-turn and go with the VHS-2.

So, if the AUG is too old, the Tavor too bold, and the RDB too “Kel-Tec” for you, then maybe you should take a closer look at the HELLION™. First up the name suggests a linkage with Springfield’s HELLCAT® pistol, which is probably intentional since both the pistol and the rifle originate from the Croatian company HS Produkt – it’s also definitely a better choice than calling it the “VHS”. Besides the name change, the Springfield Armory rifle (based upon the VHS-2 version) has had a number of tweaks to make it more adapted to the American market, according to the company. From a visual comparison of the HS VHS-2 and the Springfield Armory Hellion, it appears that the main differences are changes to the pistol grip, the barrel profile and flash-hider, and the magazine. There may be some other things that Springfield has done in order to make the rifle compliant with the Title 18 USC 922r regulations, but I received no information on that at the time of writing.

At any rate, let’s now turn our attention to having a closer look at the features of this definitely unique rifle package.

Most obvious of course is the fact that the Hellion features a “bullpup” configuration, where the action and magwell are located behind the trigger. The main advantage of this layout is that it gives the Hellion a compact overall length of just 28.25-inches – while still keeping a full 16” barrel. The Hellion also features ambidextrous fire controls and a reversible case ejection system – allowing it to be easily used by both left-handed and right-handed shooters. 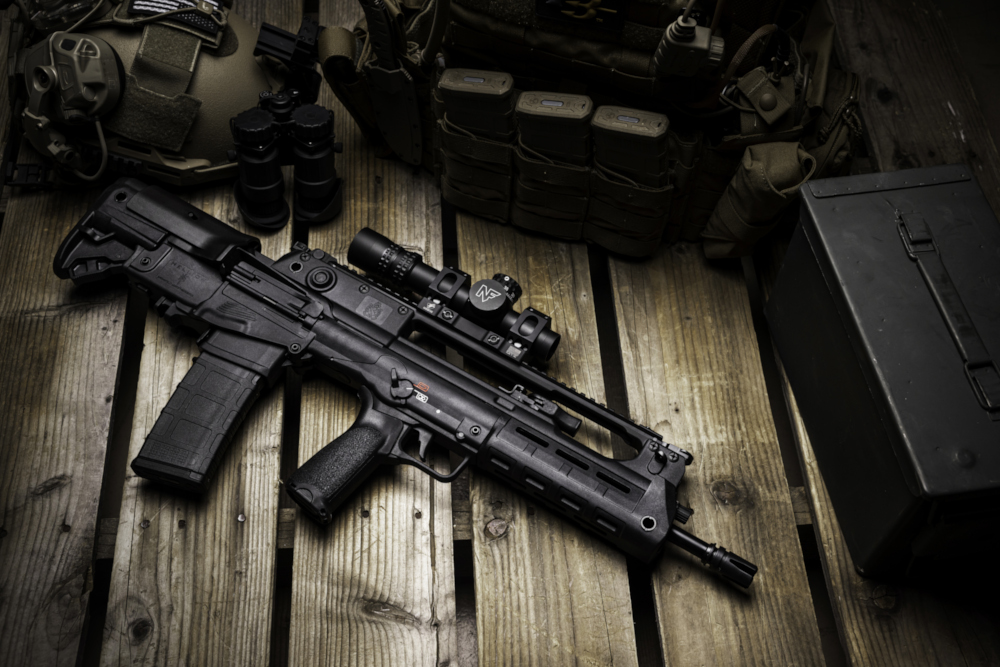 The initial VHS rifle platform tested out several different operating systems, but in the end the designers opted for a two-position adjustable short-stroke gas piston system and multi-lug bolt based on the well-proven AR-18 design developed by Eugene Stoner. For additional high performance, durability and accuracy, the hammer-forged barrel has a 1:7″ rate of twist and a rugged Melonite® coating.

For an up-close look, check out Ian’s latest video on Forgotten Weapons:

The Hellion has an MSRP of $1,999 and full details about the rifle can be found at SpringfieldArmory.com.