Over the past couple of months Britain’s Royal Marines have been training across a wide spectrum of Arctic warfare scenarios. This training has been capped off over the past week and half with the exercise “Cold Response 2020”. 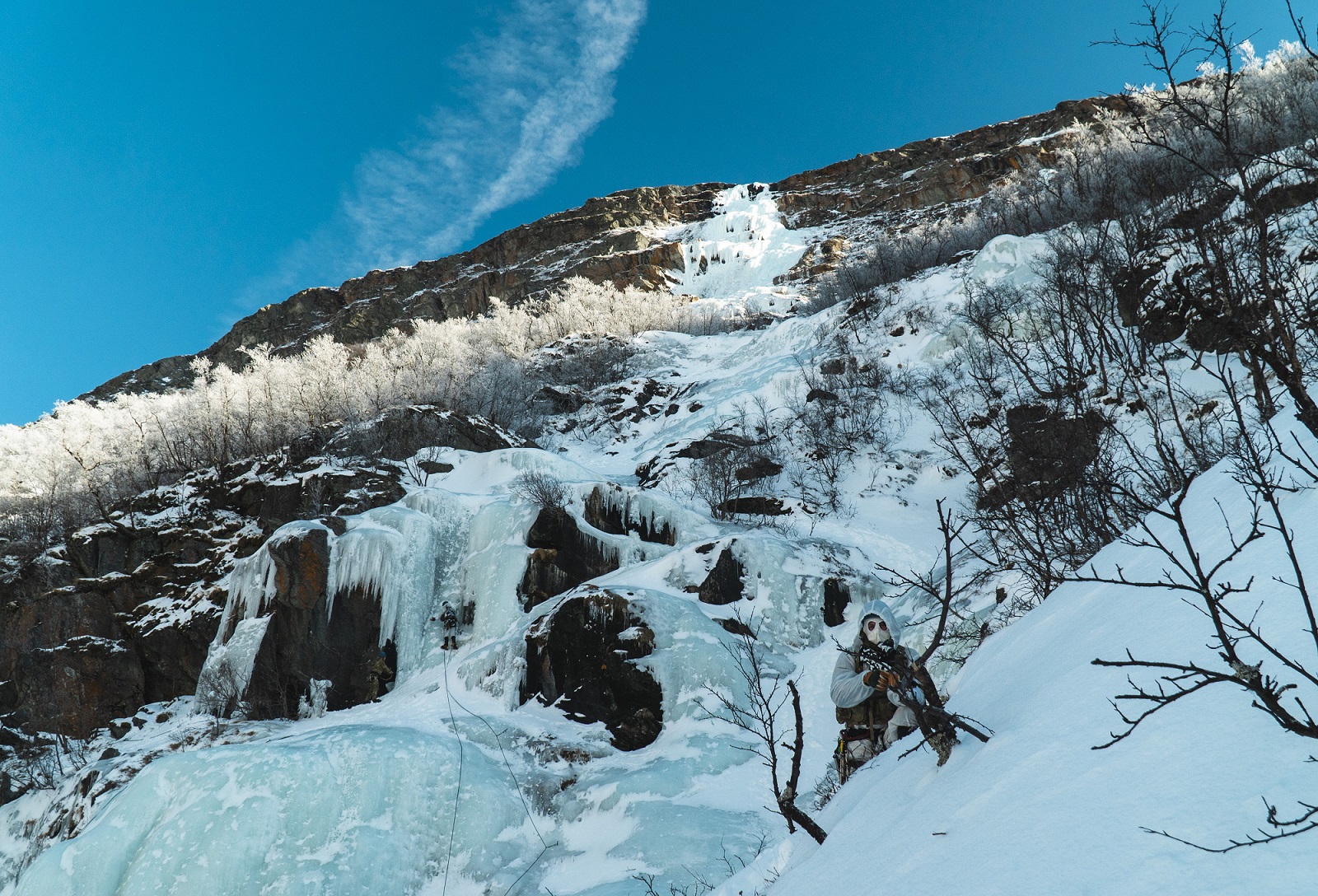 After it was announced just over 3 months ago that the Royal Marines would be undergoing a transformational “re-branding” and modernization – a change that would actually see them becoming a high-tech version of their WWII commando forefathers. To draw a comparison, they will become more like MARSOC and less like the regular US Marine Corps – but with a distinctly British edge. It was after all the Royal Marine Commandos who perfected the art of slipping ashore from ships to wreak havoc on an enemy coast through the use of what became known as a “commando raid”. It was even one such elite commando unit, 30 Commando, led by a Naval Officer named Ian Fleming that would provide real-life fodder for the literary adventures of a certain British secret agent.

The Future Commando Force will provide more direct support to Special Forces and be “on-call” from pre-positioned littoral combat ships – backed up by transport, scout, and attack helicopters. The Commandos will also be making greater use of integrated unmanned/autonomous platforms, the superior Colt-Canada C7/C8 will replace their current SA-80 assault rifles, and there is even talk of providing the Commandos with a new, specialized combat uniform with a unique camouflage print – to further distinguish them from their Army colleagues.

While many of these changes will take place iteratively over several years, the Royal Marines have already thrown themselves into an aggressive training regime refocused on ramping up their traditional Commando capabilities and skills. And seeing what they’ve been getting up to in the Arctic region of Scandinavia lately, it’s hard not to be blown away.

Speaking of getting blown away, the engineers of 45 Commando recently conducted an advanced demolitions training rotation – working on how best to sabotage an enemy in the Arctic. As part of the Future Commando Force (FCF) concept, small, lethal teams will carry out destructive raids on enemy infrastructure. 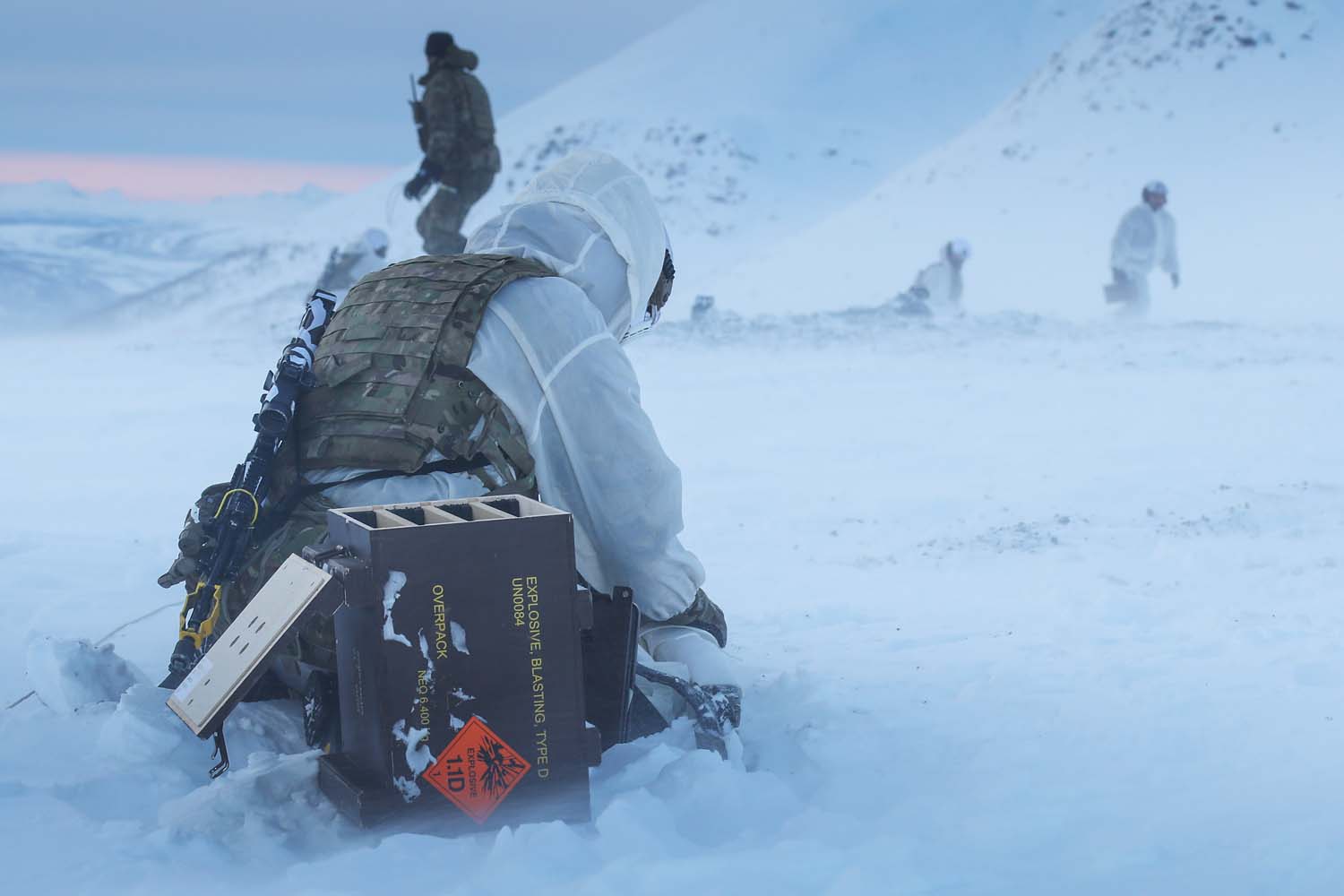 Central to that is the ability to incapacitate and disrupt adversaries but also gain access to wreak havoc. That is where Assault Engineers come into their own and bring a unique capability to the battlefield. Specialists in demolitions, part of these engineers’ remit is to deny the enemy freedom of movement around the battlefield. 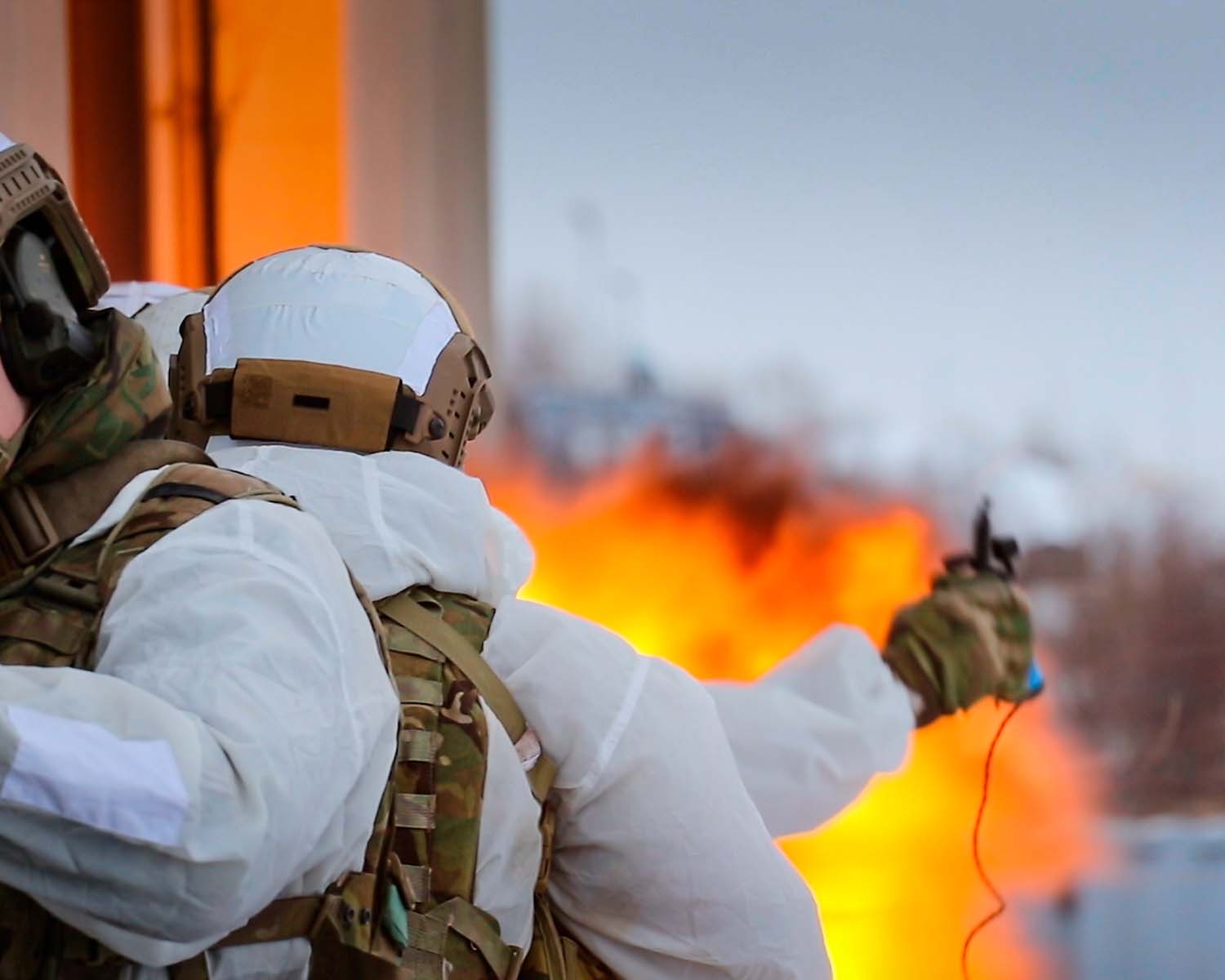 During their Arctic outings, they have been practicing how best to deny ice bridges and roads, sabotage enemy rail networks and create obstacles such as abates, the felling and interlacing of trees across a route using explosives, in a cold weather environment. Some of the photos of their training certainly harkens back to the days of the raids on the Norwegian Lofoten Islands or the Vemork Norsk Hydro heavy-water facility in Telemark during the Second World War. 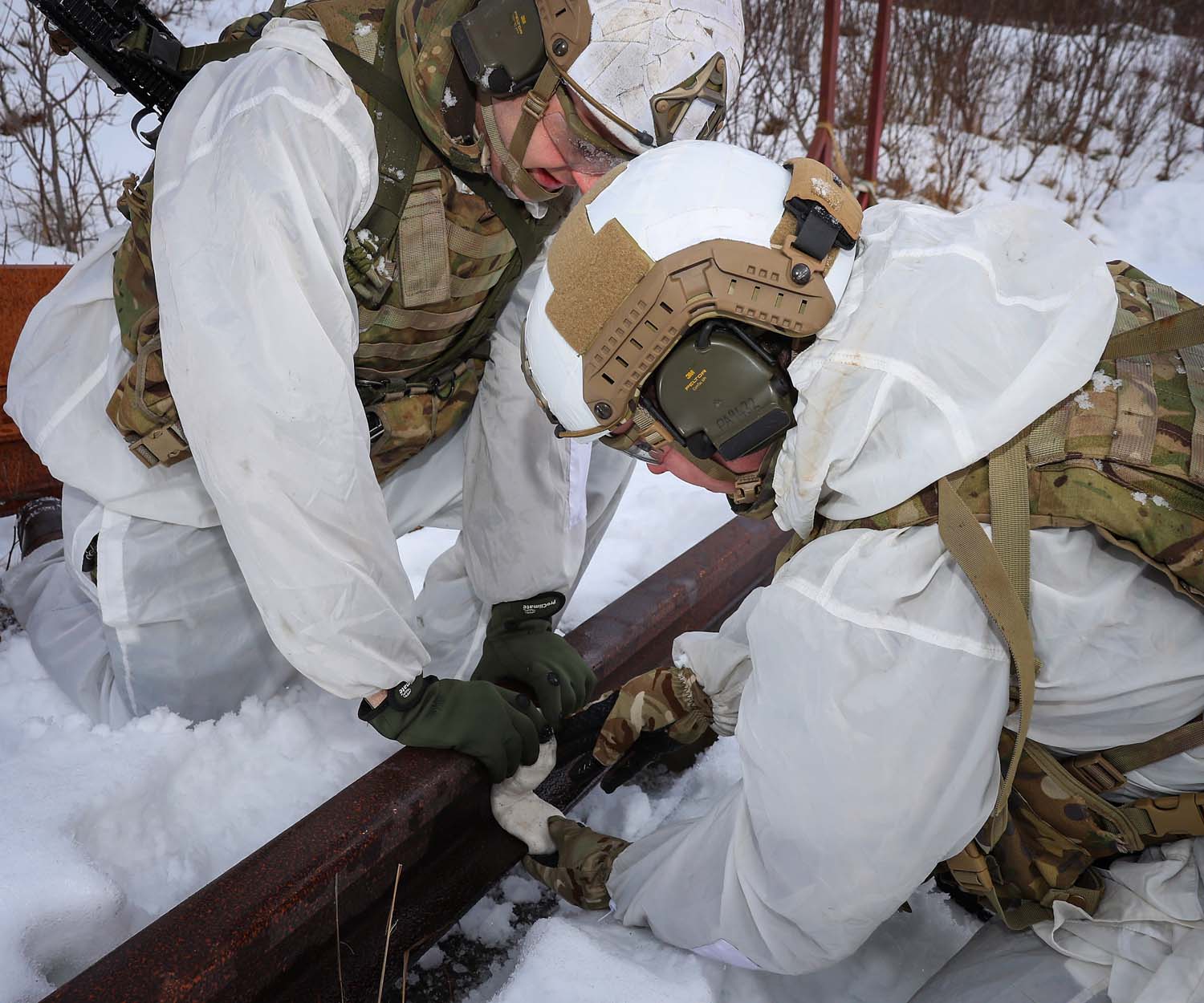 The Royal Marines have also been performing mock amphibious commando raids from the fjords of northern Norway as part of challenging winter training. These missions saw commandos take on well-defended coastal locations, used by the ‘enemy’ to control vital supply lines into the Nordic country.

The key for the raids, which are being conducted during the day and under the cover of darkness, was keeping the element of surprise before destroying infrastructure in a coordinated attack. The small, fast raiding craft took a force of marines ashore using Offshore and Inshore Raiding Craft, while others moved into position on skidoos before the assault on the enemy stronghold. 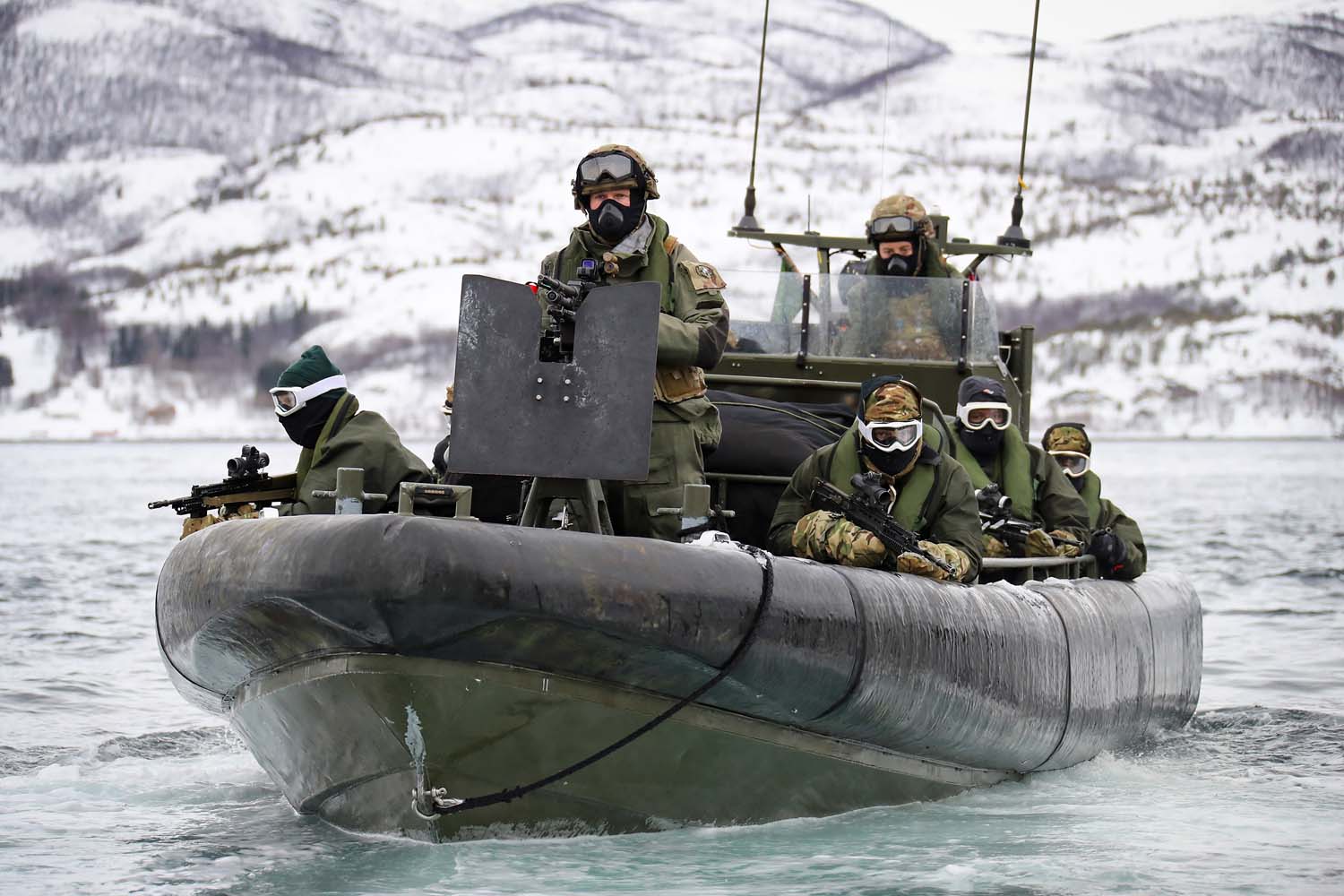 Operating in small teams deep within the enemy’s backyard can have a disproportionately paralyzing effect on the enemy – which is exactly the aim of such training in raiding operations. Doing this effectively under Arctic conditions is part of the Commando’s DNA – they created the original template and have specialized in cold weather warfare since the 1970s.

Along with learning and practicing their small-craft, amphibious, raiding skills the Commandos also gained critical knowledge of and familiarity with using specialized cold, wet weather clothing and protection systems. 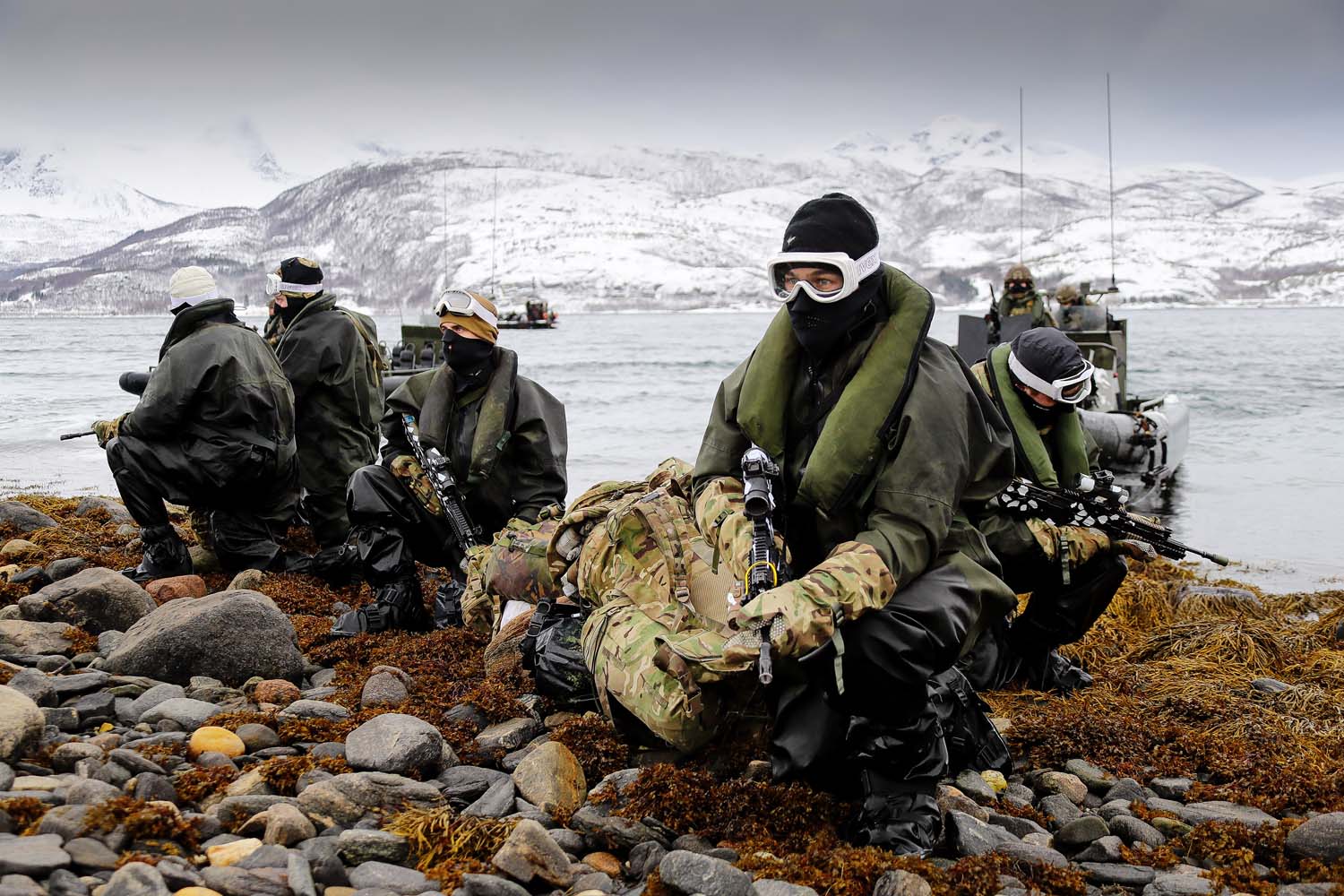 Any place that has plenty of water as well as prolonged periods of sub-zero temperatures also has a lot of snow and ice. In the rocky, rugged terrain of Norway this presents its own special challenges, and deep in the Norwegian mountains, you will find the Royal Marines Mountain Leaders.

A sheer face of ice can be a huge physical barrier, or it can lead to a huge tactical advantage. The skilled Mountain Leaders of the Royal Marines can take in their stride and lead a company of men into combat over terrain the enemy might deem impossible to traverse – thereby gaining a battle-winning element of surprise. 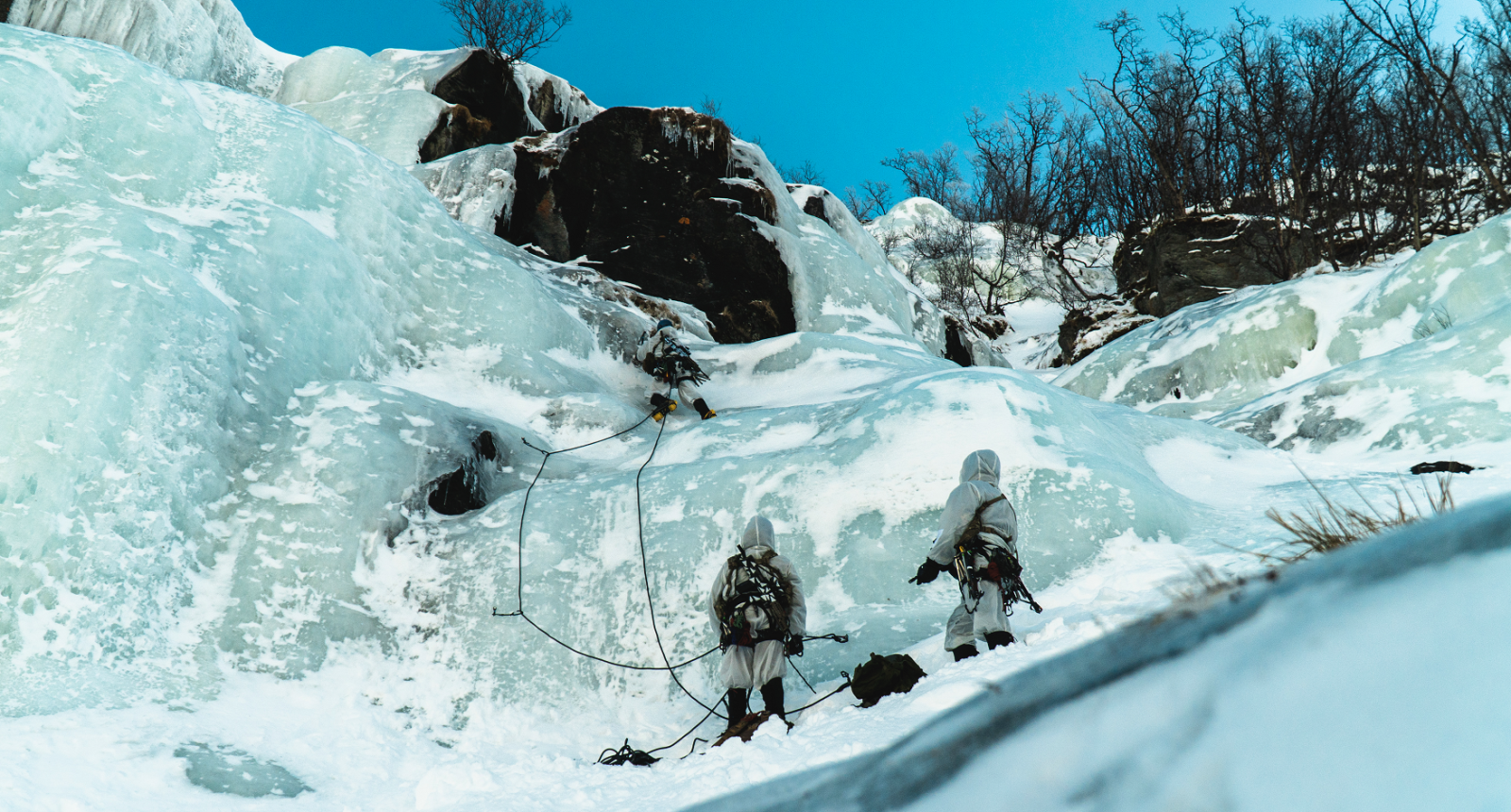 Another highly specialized capability of the modern Royal Marine Commandos is the force multiplying skill set of the elite Surveillance Reconnaissance Squadron of 30 Commando Information Exploitation Group. This elite unit within an elite unit can parachute deep behind enemy lines to conduct crucial reconnaissance, or to capture high value enemy positions through stealth and surprise. 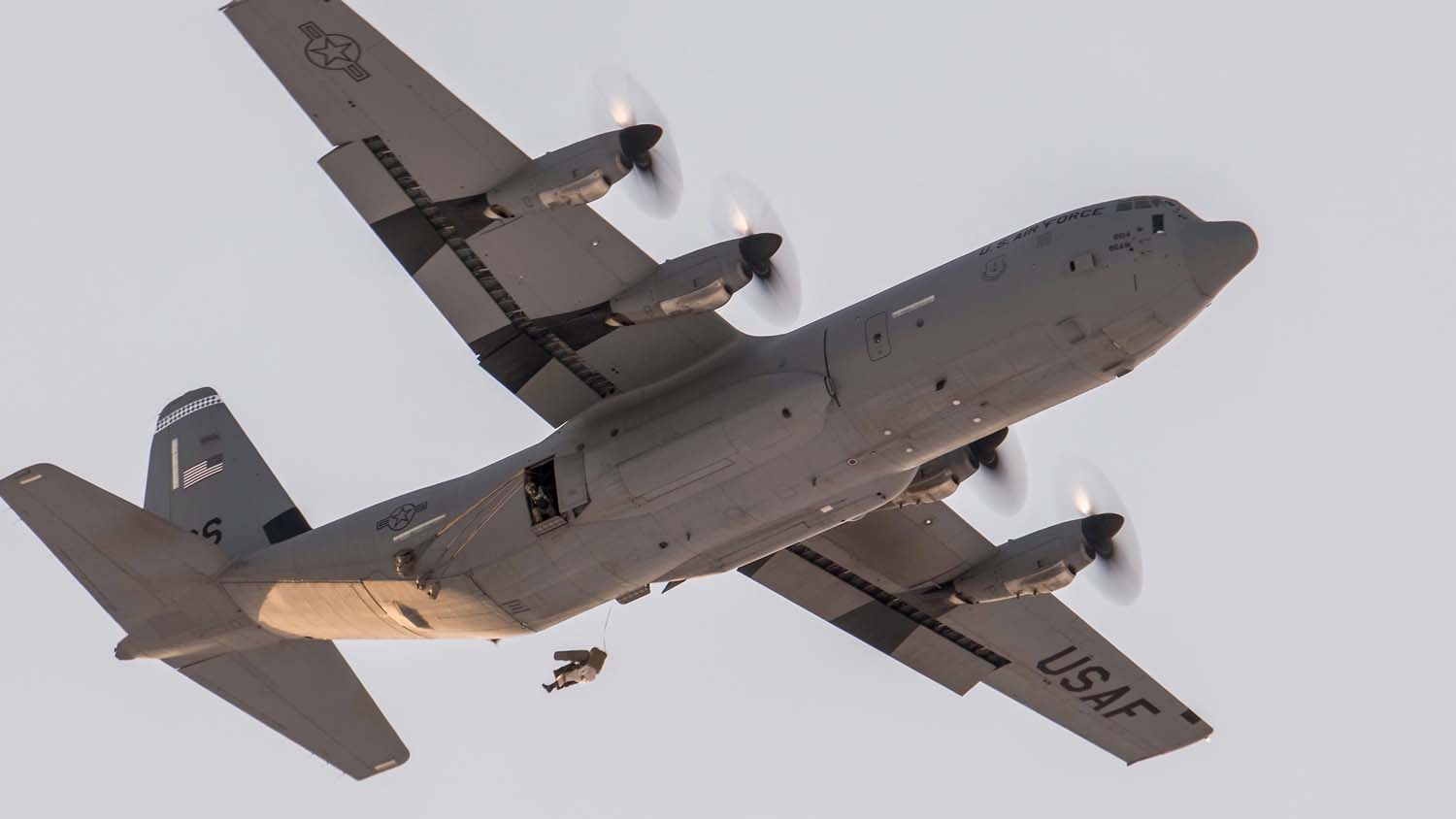 The crack force were first dropped into Kiruna Airfield in Sweden, where they were tasked with seizing the area from an enemy force. Then, the men of 30 Commando travelled 150km on skidoo back to Bardufoss. This training was all designed to demonstrate the capability of SRS as an elite advance force, capable of wreaking havoc and forging the way for much larger forces to enter into a disputed territory. 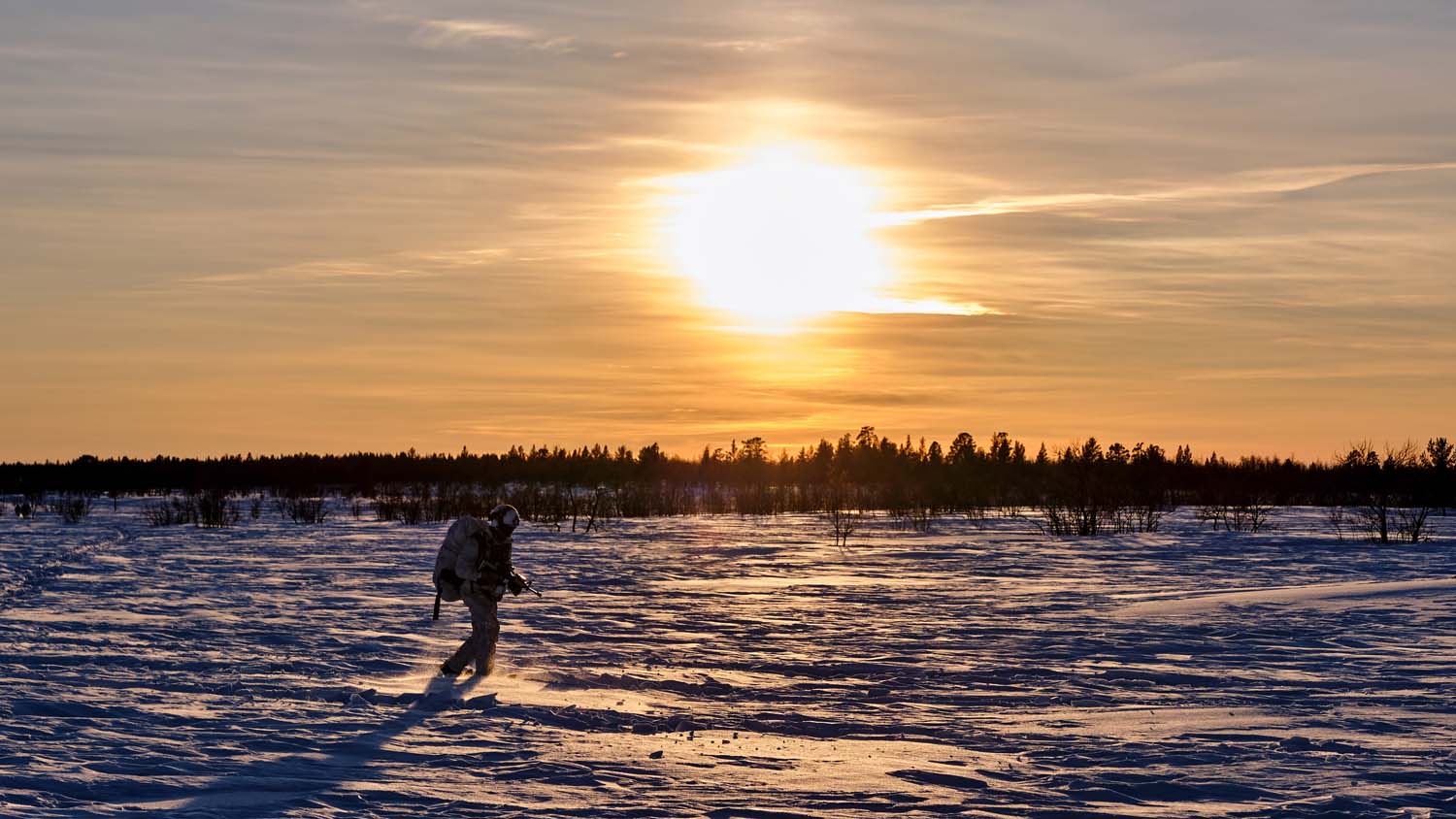 Royal Marine Commandos on the ground also now have the ability to call in air support from ‘Apache’ attack helicopters, which work alongside Commando Helicopter Force ‘Wildcat’ scout helicopters. In the prelude to Cold Response, Commandos worked closely with the Apaches of 656 Squadron on close air support training, while CHF Wildcats used their reconnaissance skills set to track down targets for the Army fliers to come in and destroy. 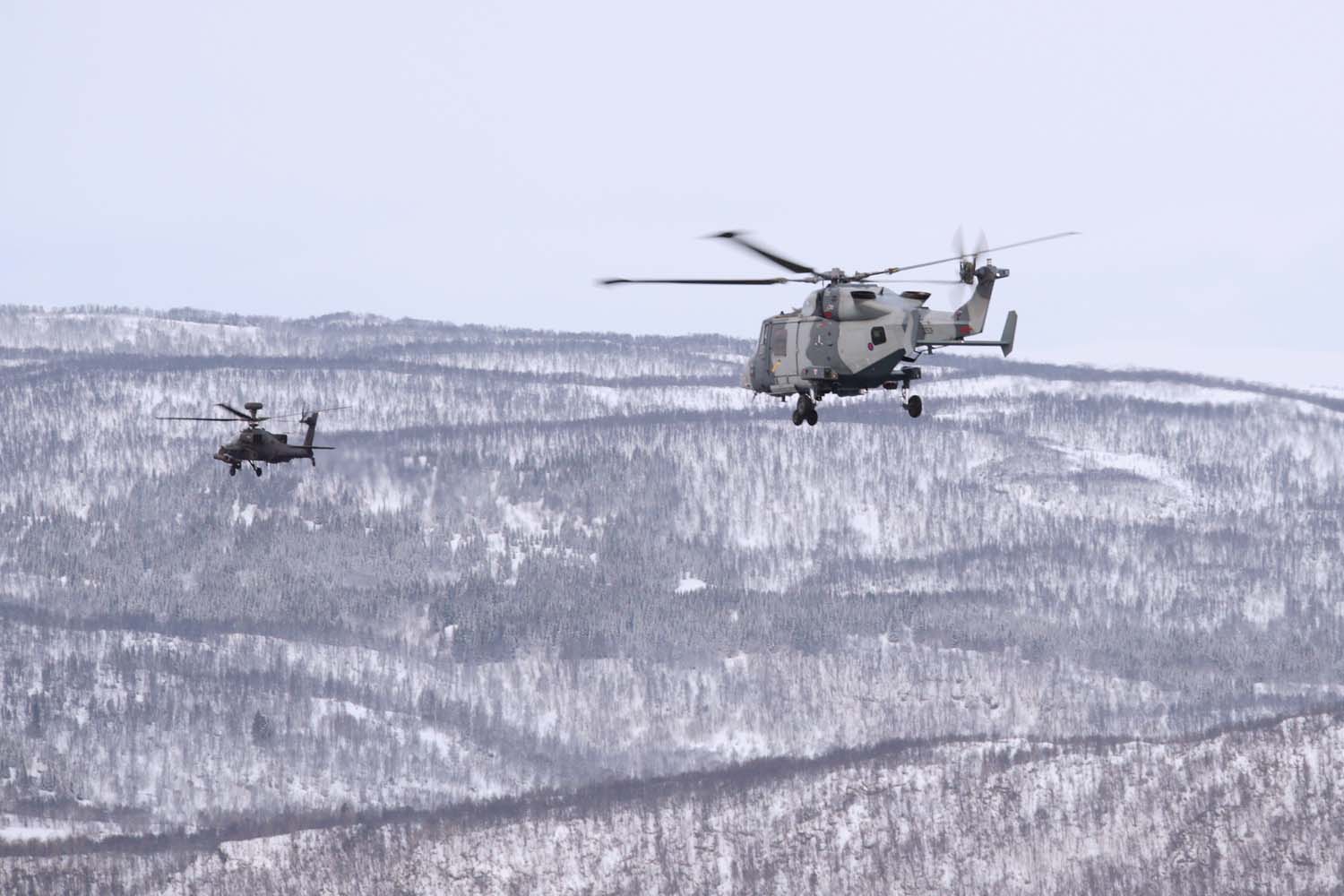 For 656 Squadron, the deployment has been focused on proving its warfighting ability after the Apache made its Arctic debut in early 2019 and leaning on the Arctic flying experience of Commando Helicopter Force. 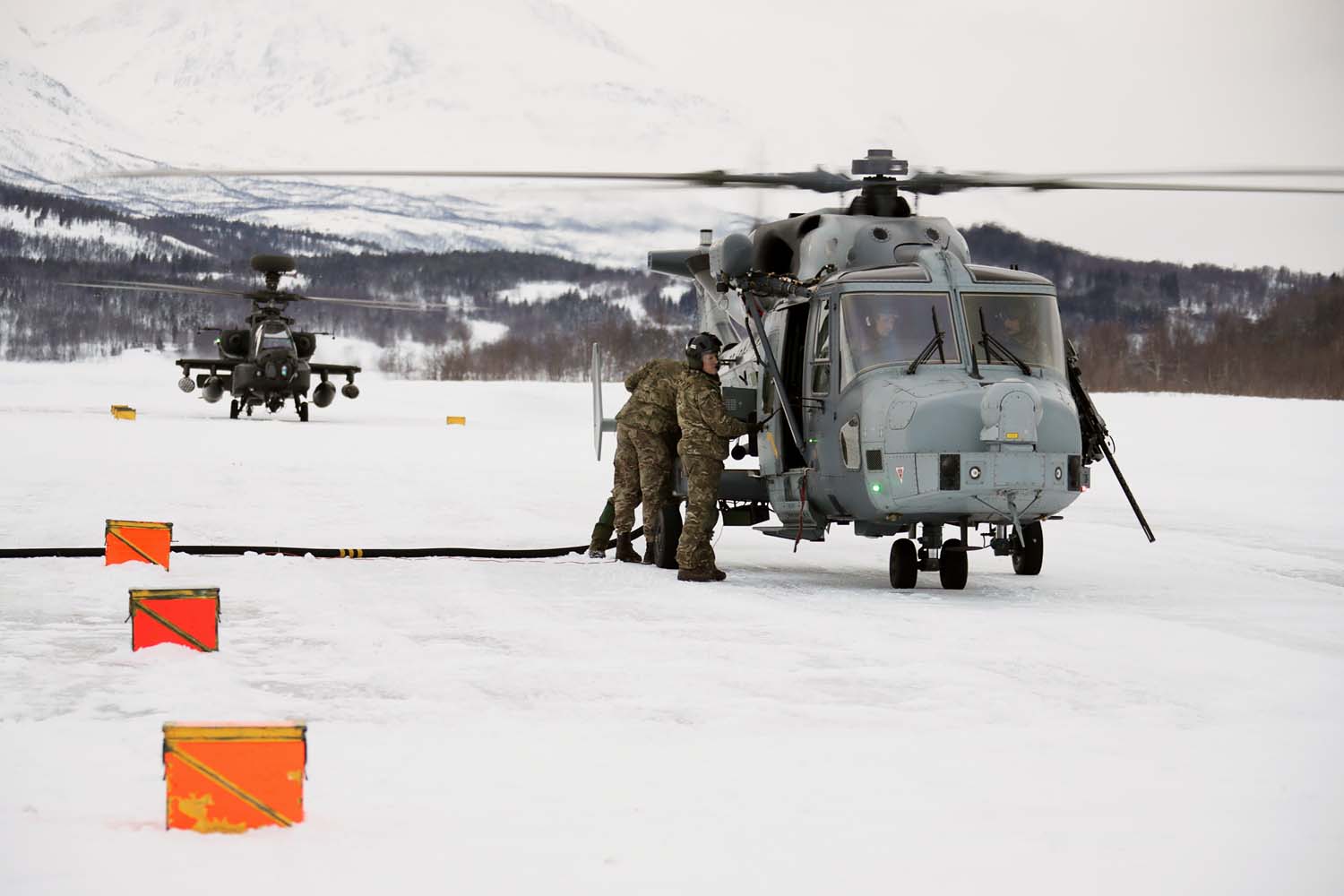