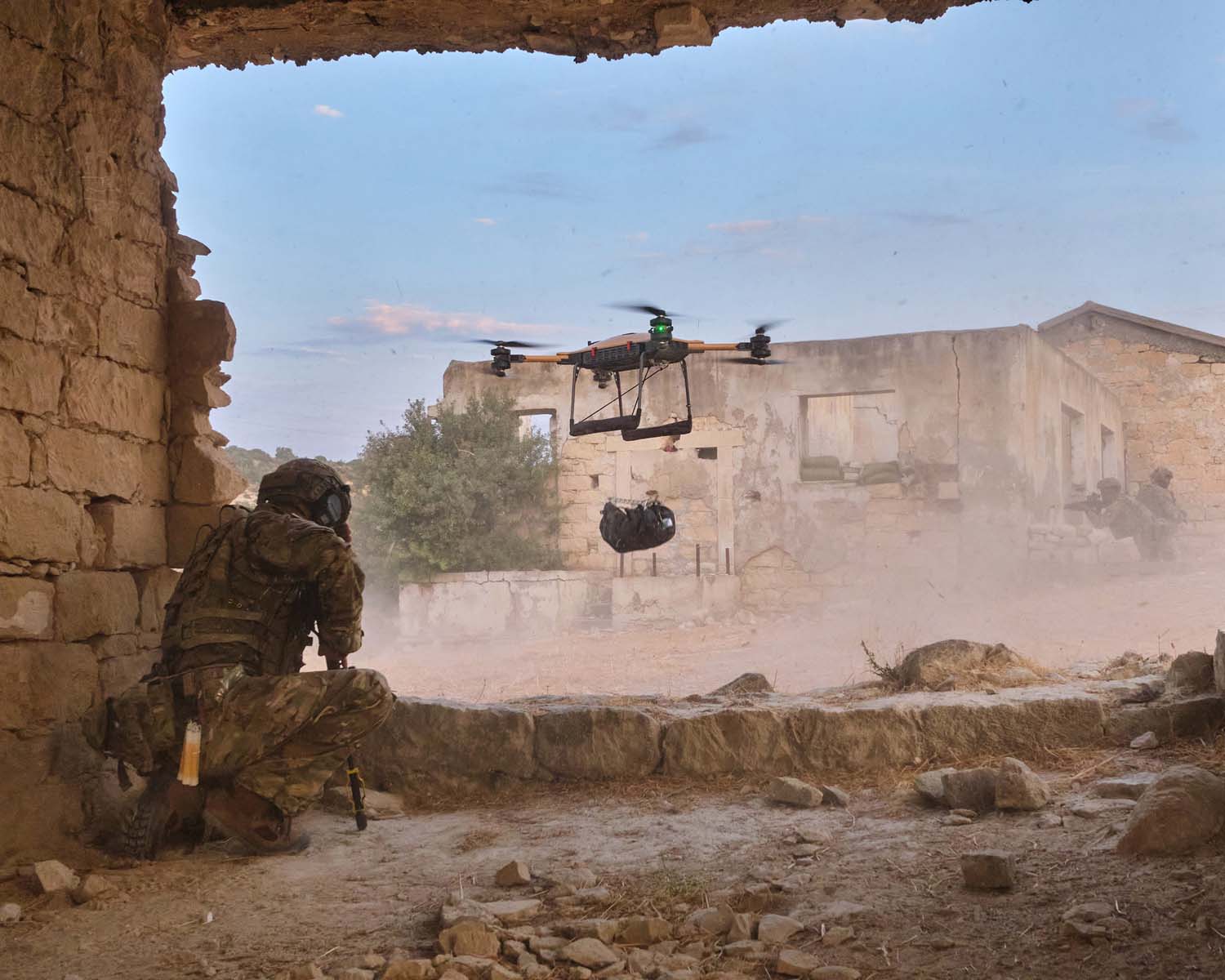 A drone drops a bag of supplies to a waiting Royal Marine during a recent exercise in Cyprus. The UK’s Littoral Response Group used the waters, shores and exercise areas of Cyprus to see how drones, autonomous systems, new vehicles and cutting-edge communications can transform the way the Royal Marines go into action in the future. Small drones monitored ‘enemy’ movements, providing leaders with unparalleled information on their foes  and large Malloy T-150 quadcopter drones – capable of carrying loads of more than 60kg over distances as much as 70 kilometres – were used to drop ammunition, food and personal supplies to the men of 40 Commando as they fought their way through ancient ruins.