In honor of the the heroic actions of the British 1st Airborne Division during “Operation Market-Garden” in September 1944, the Old Time Design Company have published a second part to their photo study of a typical British Paratrooper of the time… 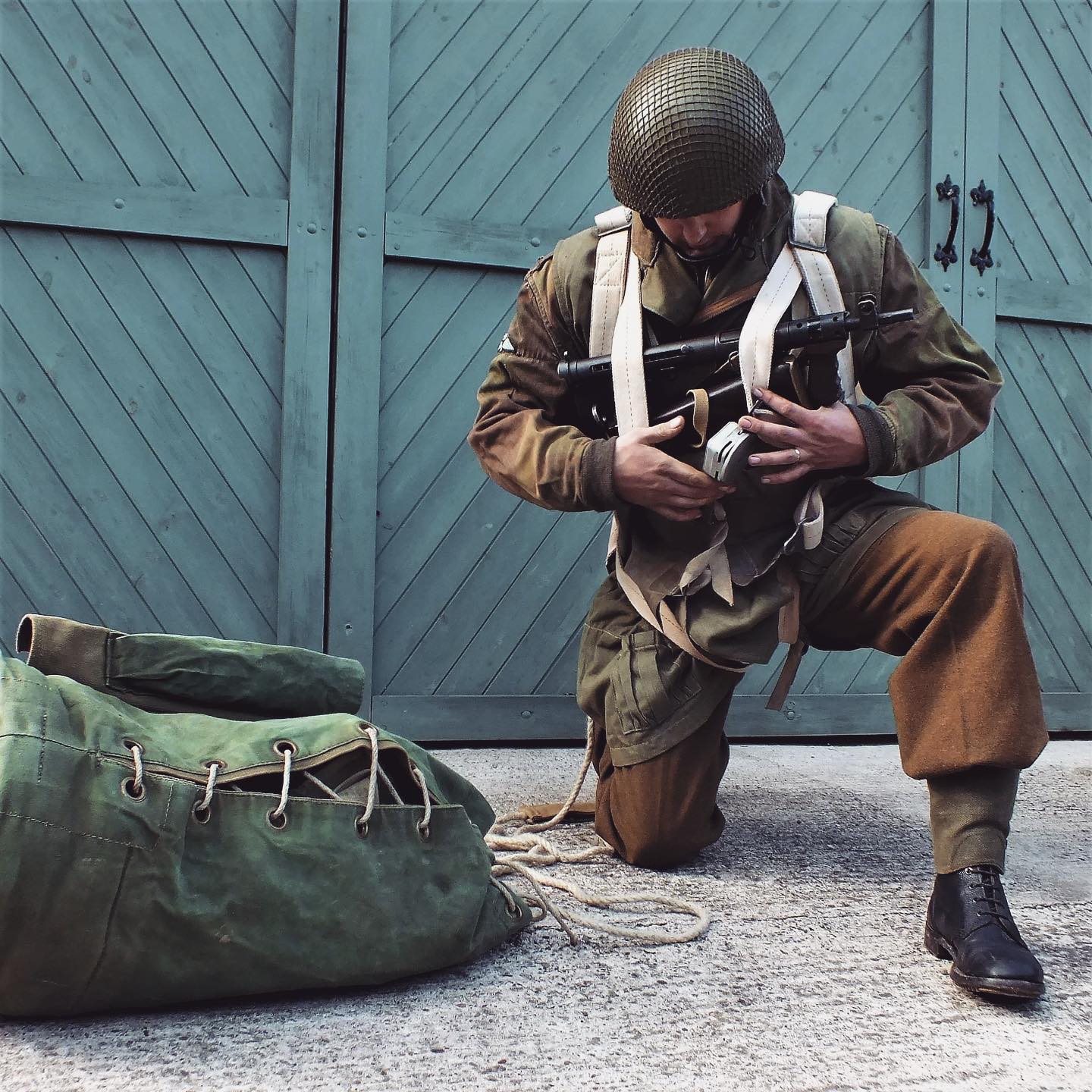 Upon landing, this Parachutist removes his parachute harness readies his equipment. He is an infantryman first and foremost, so the Sten Mark V is already assembled and ready to be used should the situation call for it. He then retrieves his personal equipment from the Lander Bag, commonly known as the Leg Bag. 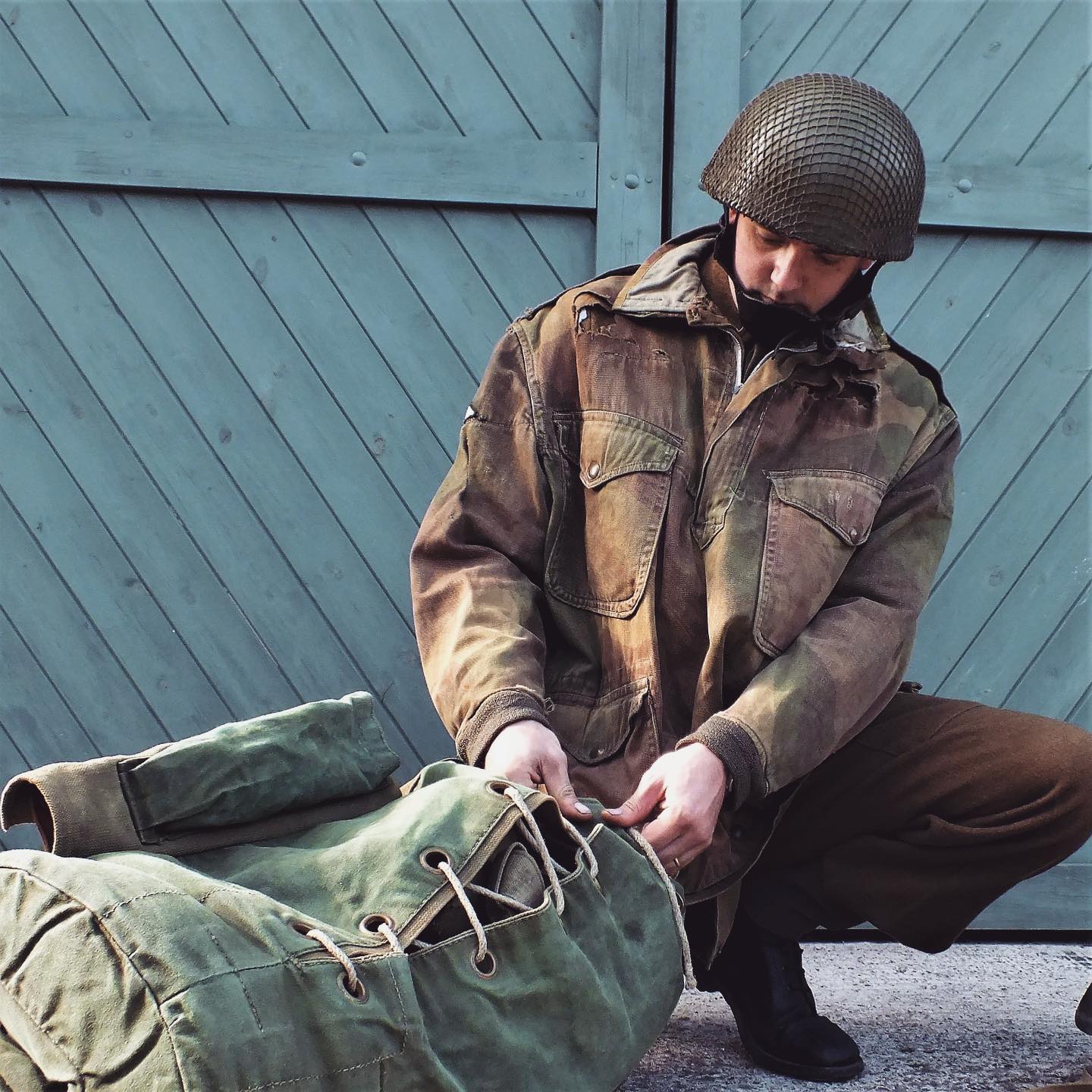 The Bag was developed by Major Lander of the XXI Independent Parachute Company in 1942, when it became apparent the men needed to have a more readily available method for getting equipment into action. Due to their varied role, the Lander Bag needed to be versatile enough to carry any type of equipment.

The bag was attached to the man by a 30 foot rope, allowing it to be released and land to earth before the Parachutist. Contrary to popular belief, the cord did not often break. In fact, this reliable method is still practised today. 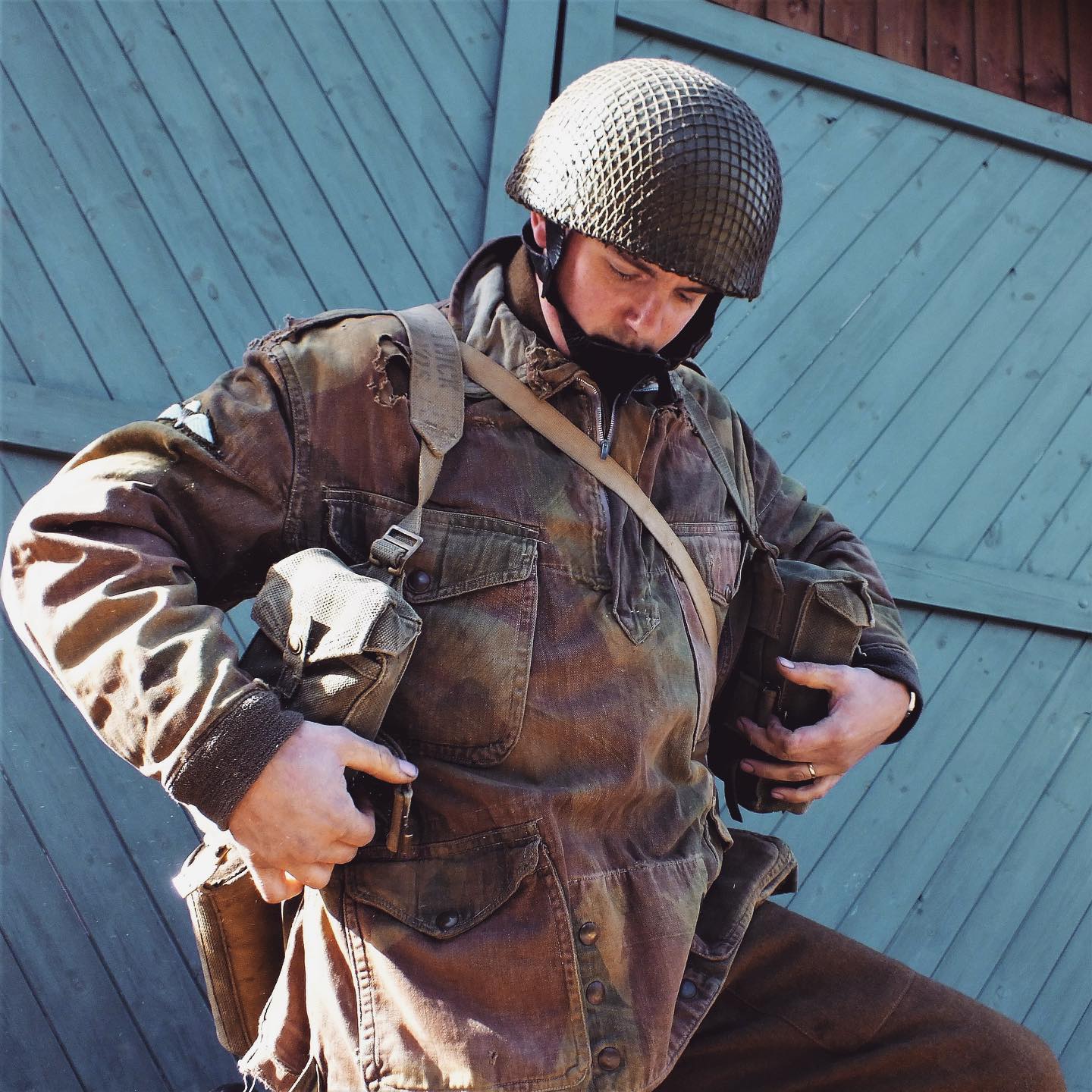 The Lightweight Respirator was still issued and placed over the right shoulder first, followed by the 37 Pattern Web Equipment (in standard configuration). Most Airborne Troops were also issued with toggle ropes, many choosing to wear them wrapped around their shoulders. Finally, the Small Pack was placed on the man’s back and contained all the items needed to sustain himself for the 48 Hours the operation was expected to last, before reinforcements arrived. 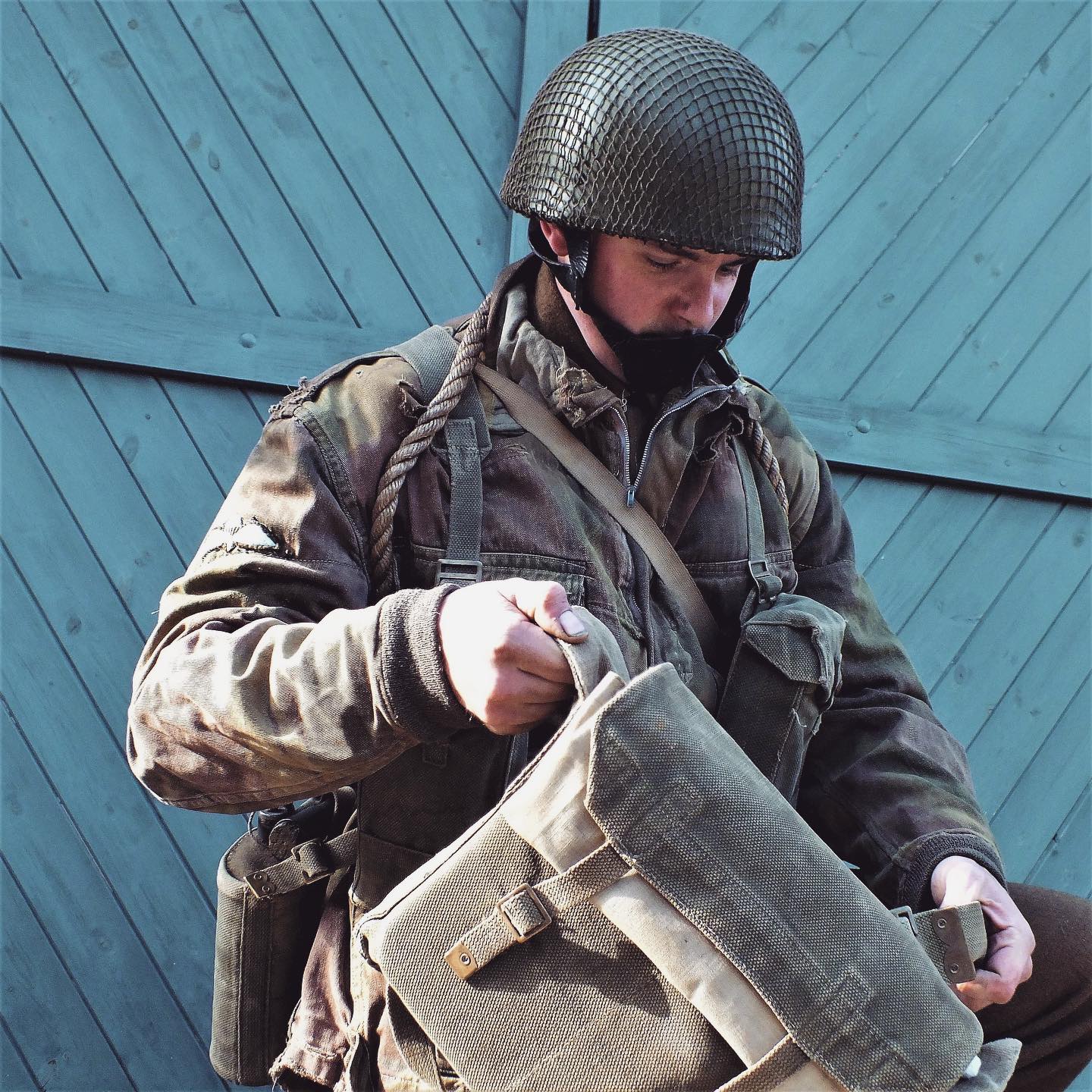 Picking up his Sten gun, he is now ready to move off The Drop Zone, and head to the pre-planned Rendezvous. 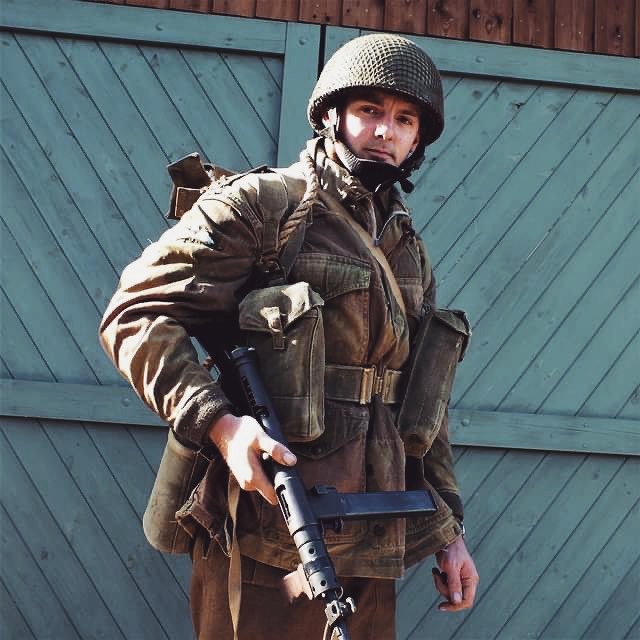