If you follow our friends at Soldier Systems Daily you will have seen quite a bit of coverage about the Australian movie “Danger Close” when it was released last year. In case you didn’t get a chance to see it in a cinema, it is now available on Amazon Prime – just the thing to watch as a Saturday Matinee while you’re holed up in your pad thanks to the Corona Virus. 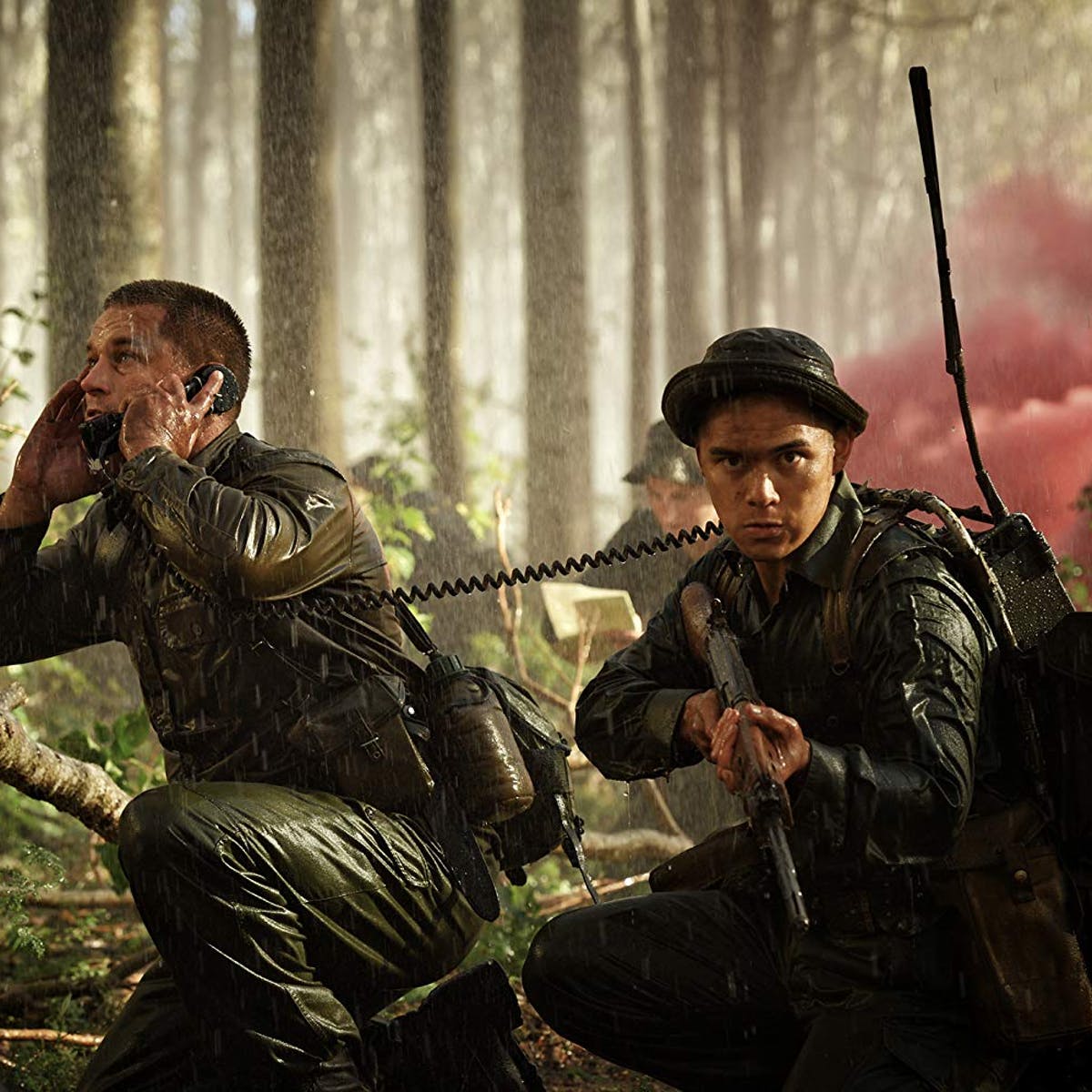 To understand the importance and significance of this movie, we need to bear three key points in mind;

The history of Australian and New Zealand troops serving together overseas goes back to the First World War. The Australian and New Zealand Army Corps (ANZAC) was formed in Egypt in December 1914 as a corps within the British Army’s Mediterranean Expeditionary Force. It fought during the Gallipoli campaign until it was disbanded in 1916, following the Allied evacuation of the Gallipoli peninsula. The corps was briefly reestablished in WWII during the Battle of Greece in 1941. During the Vietnam War, two companies from the Royal New Zealand Infantry Regiment were integrated into Royal Australian Regiment battalions. These integrated battalions had the suffix (ANZAC) added to their name (for example, 4 RAR became the 4RAR/NZ (ANZAC) Battalion).

The Australian and New Zealand involvement in Vietnam left just as many deep scars and difficult questions in those countries as it did in the US. Some of those questions have been raised again with the release of “Danger Close”. For one thing, there are questions about how many VC and NVA troops were actually thrown into the battle against the ANZAC forces, and how many casualties did they suffer. There are also questions about whether the infantry group of D Company, 6th Battalion, Royal Australian Regiment just happened to stumble into an ambush by a larger VC/NVA force, or whether the enemy deliberately lured them into a trap. What is for certain, is that the men of D Company fought, and survived, a desperate battle for survival against overwhelming odds – and that’s what “Danger Close” focuses on.

For context, the Battle of Long Tan took place on 18 August 1966 in a rubber plantation near Long Tân, in Phước Tuy Province, South Vietnam. Australian signals intelligence (SIGINT) had tracked the People’s Army of Vietnam (PAVN / NVA) 275th Regiment moving to a position just north of Long Tan. By 16 August, the enemy was positioned near Long Tan, approximately 2 kilometres to the east of the ANZAC base at Nui Dat. On the night of 16/17 August, the PAVN / NVA launched a barrage against the base with mortars and recoilless rifles, wounding 24 and killing 1, until counter-battery fire caused it to cease. With the attack over, the Australians remained alert in case of a ground assault; however, no follow up occurred. Although the VC were expected to have withdrawn, several company patrols would be dispatched the following morning to search the area east of Nui Dat in response.

The following morning, 17 August 1966, B Company, 6th Battalion, Royal Australian Regiment (6 RAR), departed Nui Dat to locate the enemy firing positions believed to be in the area between the abandoned villages of Long Tân, Long Phước, and the Nui Dat 2 feature. Having done so, it was to establish the direction of the VC withdrawal. B Company did not expect to meet significant opposition and they also believed they would not be out long; they were therefore only lightly-equipped, in patrol order without sleeping gear, rations or additional ammo. The VC weapons pits dug for firing the mortars and recoilless rifles were located, and they also found signs indicating that the VC had withdrawn. Nonetheless, the company was ordered to remain in the area overnight and continue searching to the north and east the following day, as SIGINT was indicating the possible presence of a larger PAVN/VC force being in the area than previously thought.

On 18 August 1966, D Company, 6 RAR under command of Major Harry Smith was ordered to relieve B Company and to continue the search of the Tactical Area Of Operations (TAOR). Due to the secrecy surrounding the ANZAC SIGINT capability, Brigadier Jackson did not share with either Major Smith nor his commander, Colonel Townsend, the possibility that an entire PAVN/VC regiment was in the area.

Led by Major Smith, and accompanied by a three-man New Zealand artillery forward observer party under Captain Maurice Stanley, the 108 men of D Company set off quickly at 1100 hours on the 18th to link up with and relieve B Company. The two companies linked up at the edge of the Long Tân rubber plantation, approximately 2,500 metres (2,700 yd) from Nui Dat, at 1500 hours. Once an inspection of the PAVN/VC positions was conducted, as well as a de-brief and handover between the two Patrol Leaders, B Company returned to base and D Company took up the task of collecting intel and determining the route and state of the enemy’s withdrawal.

At 1540 hours initial contact was made with the enemy when one of Smith’s patrols opened fire on an unsuspecting squad of PAVN/VC who had wandered onto a track in front of the Aussie’s. The clothing and equipment of the dead enemy soldiers showed that they were well-equipped regular PAVN soldiers, not rag-tag VC guerillas. This fact didn’t seem to dawn on Smith or his men however, and so D Company pressed on.

At around 1600 hours, 11 Platoon of D Company came under heavy automatic weapons fire after investigating a rubber tapper’s hut set among the trees of the rubber plantation. From this point onwards the engagement now became a desperate battle of survival as D Company, 6 RAR fought against what was now clearly a vastly larger enemy force than they had expected to encounter – and clearly also not one that was interested in anything like withdrawing from the field.

In truth, Delta Company had run into a combined force of the 275th PAVN Regiment and the D445 VC Battalion which was hell-bent on encircling and destroying the ANZAC forces outside of the security of their base, and nearly beyond the range of their artillery. Post-war examinations of intelligence reports, as well as recently achieved access to Vietnamese sources, shows that the battle did not happen by chance. It was in fact the result of a deliberate VC tactic known as ‘lure the tiger from the mountain’, whereby the PAVN/VC forces would provoke their opponents into sending out patrols that could then be isolated and annihilated at a time and place that suited them. The withholding of vital intel about probable enemy strength which had been gained from SIGINT resources was also criticised after the battle – and in future such intel would always be shared with battalion commanders to ensure that Patrol Commanders could plan more effectively.

Finally, the apparent “human wave” tactics displayed by the enemy in the film was also a deliberate tactic employed by PAVN/VC. They would try to get as close as possible to the Australian troops as quickly as possible, in order to get past their protective artillery umbrella – literally getting “danger close” on purpose in order to press home their attack.

If you’re interested in learning more about the Australian and New Zealand forces that fought in Vietnam, this title from Osprey Publishing is highly recommended – click on the picture to find out more. 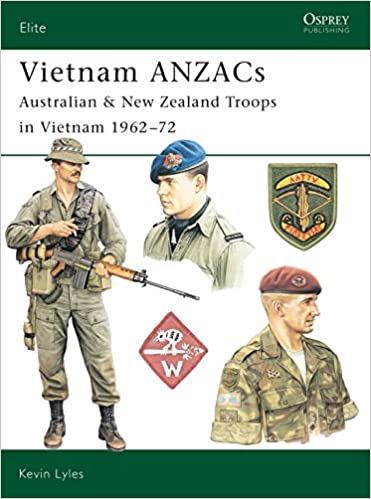 For those with a gear fetish, like me, you might be interested to know that the Australian tactical gear company Platatac was responsible for kitting out all the actors and extras in the film with authentic kit. Platatac now offers a range of Official Movie Merchandise in commemoration of this fact.

If you really want to get your gear geek hat on, then this book from Osprey should satisfy your urges – click on the picture to find out more. 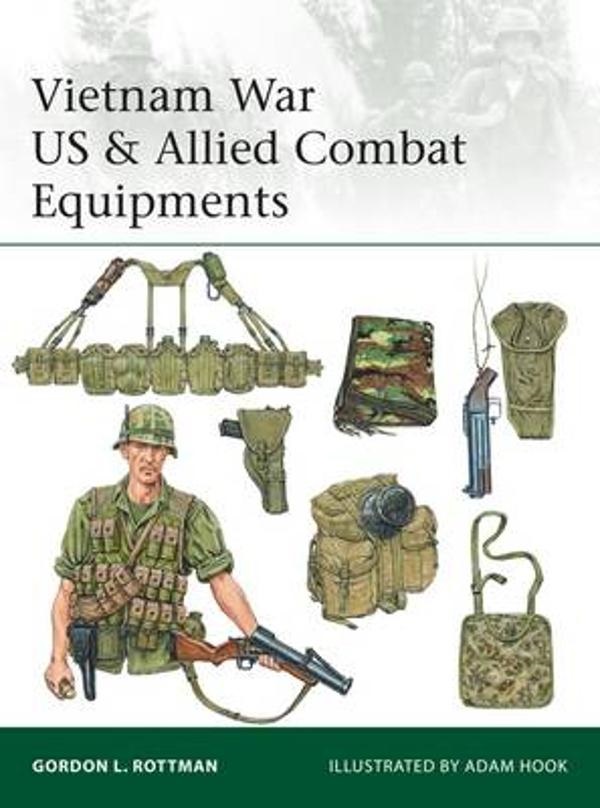 And now, on with the show! 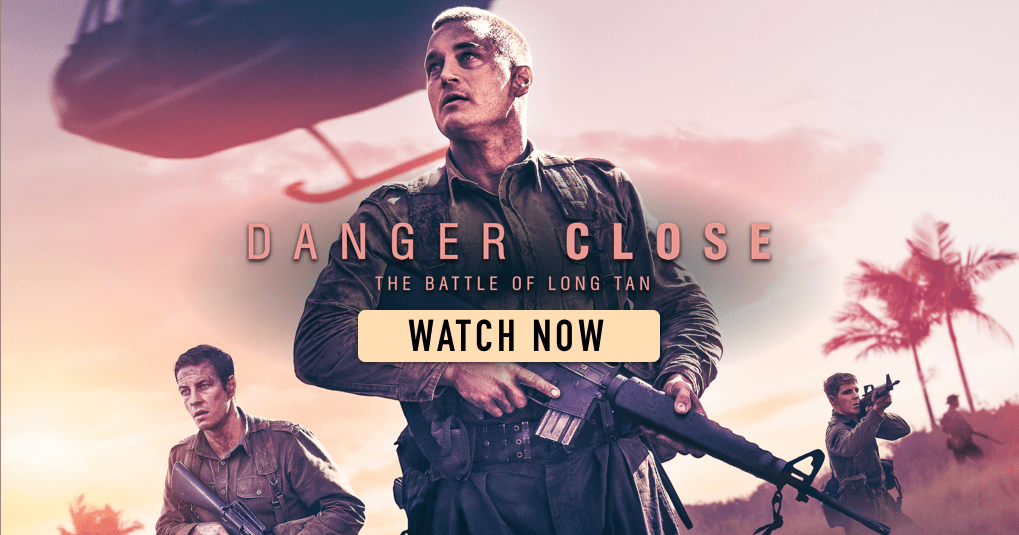