If you enjoyed the recent video from ‘Forgotten Weapons’ about the HK33, then you might like this one on HK’s follow-up on that 5.56mm platform – the G41.

The G41 is a 5.56×45mm NATO assault rifle introduced in 1981 by Heckler & Koch to replace the HK33 by providing a more modern weapon compatible with contemporary NATO standards. It did in fact get as far as being type classified by the Bundeswehr, as indicated by its “G” nomenclature, and was originally intended to replace the aging G3 rifle as the front-line issue weapon of the Bundeswehr, with the G11 in use with special troops. The reunification of West and East Germany, and the budget crisis that followed, forced the German authorities to cancel the order for both rifles in 1989. 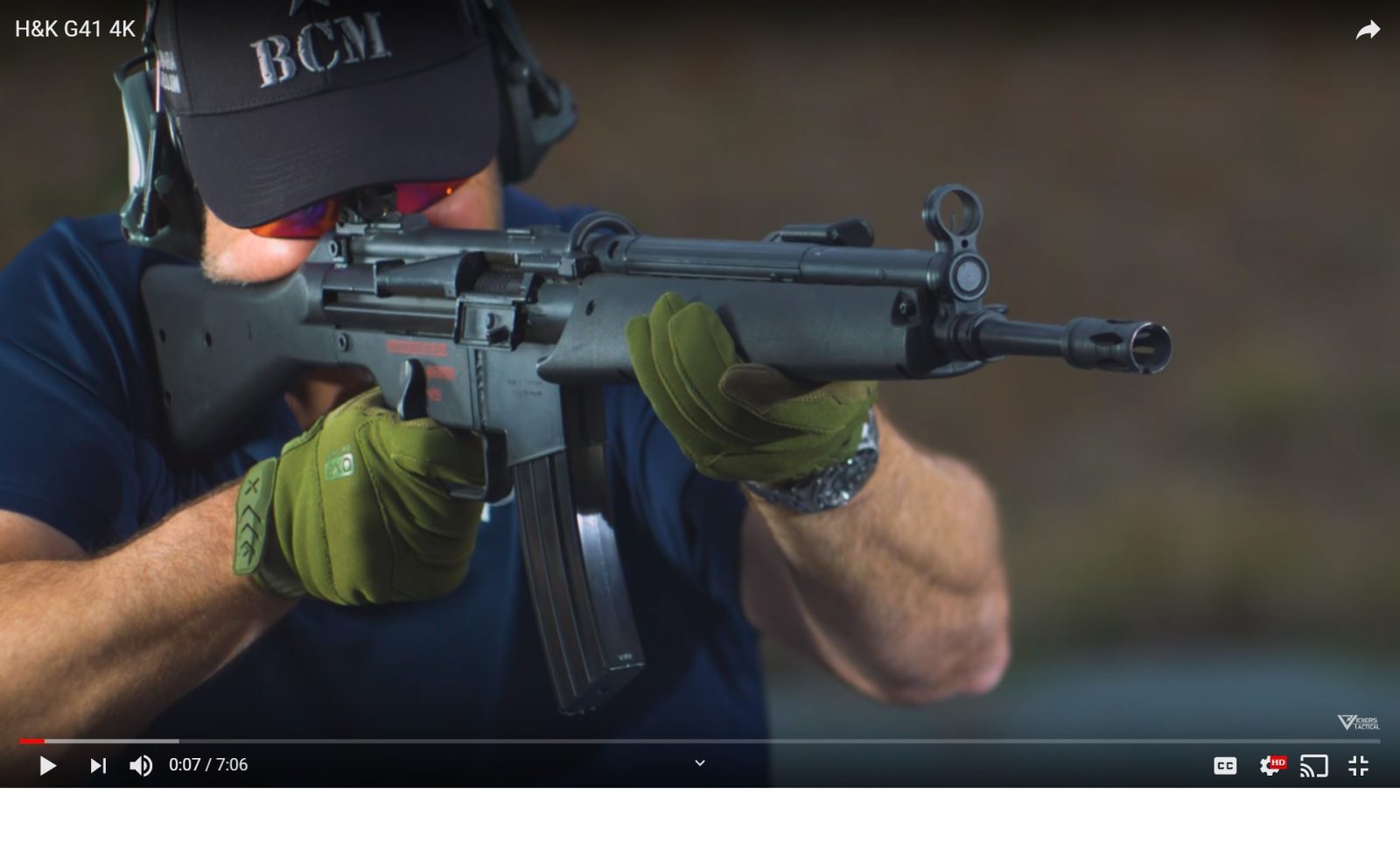 The G41 was also considered as part of the US Armed Forces weapons trials in the early 1980s, but was rejected in favor of the M16A2. It also took part in weapons trials to select Italy’s NATO-standard replacement for the Beretta BM 59, but was eventually rejected in favor of the Beretta AR-70/90 in 1990. Small quantities were also purchased and used by the Danish Special Operation Forces’ Frogmans Corps of the Royal Danish Navy (Søværnets Frømandskorps) until the adoption of the Colt Canada C8 and SFW. Small quantities also saw service with the Spanish Special Intervention Unit (Unidad Especial de Intervención – UEI) and the Spanish National Police force’s GEO counter-terrorist unit, as well as the Turkish Gendarmerie. Small numbers were also used by various US police departments before the Assault Weapons Control Act of 1989 and the Assault Weapons Ban of 1994 blocked further imports.

The G41 was basically an attempt to take the HK33 platform and make it more like an M16 – with a forward assist, a bolt hold-open / release mechanism, an M16 / STANAG compatible magazine, and a more rounded, full-profile front handguard. In fact however, it performed far less well functionally and commercially than the HK33.

Personally, I’ve always thought that the only things HK should have done to improve the HK33’s popularity and useability would have been to add a last-round, bolt-hold-open device, and to provide an ambidextrous fire selector as well. Some might argue that the STANAG M16-style magazine was a useful change, but looking back it doesn’t really seem to have helped much, and in fact might have caused a lot of the reliability issues that the G41 had. At any rate, and with the benefit of hindsight, an upgraded / improved version of the proven and successful HK33 would seem to have been a wiser investment than spending money on developing an internal competitor to it, that ultimately wasn’t even as good.

Anyways, let’s see what LAV has to say about the G41: