The Commandos were formed during the Second World War in June 1940, following a request from Prime Minister Winston Churchill for a force that could carry out raids against German-occupied Europe. The Chief of the Imperial General Staff at that time was General Sir John Dill and his Military Assistant was Lieutenant Colonel Dudley Clarke. Clarke discussed the matter with Dill at the War Office and prepared a paper for him that proposed the formation of a new force based on the ‘hit sharp and quick – then run to fight another day’ tactics of the South African “commandos” of the Boer Wars. Dill approved Clarke’s proposal, and the the new force became known  as ‘The Commandos’ from then onwards. 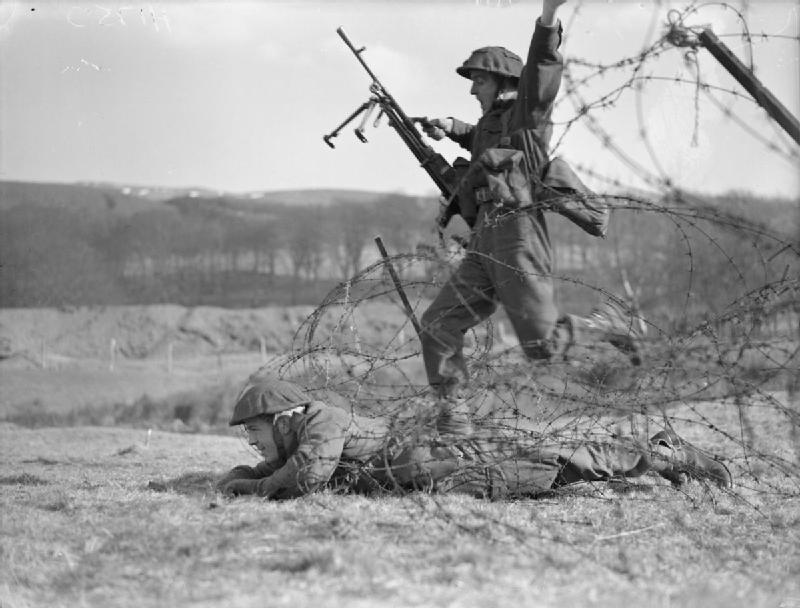 Renowned for their extremely rigorous training in the austere environment of the Scottish Highlands, as well as a ruthlessly indomitable fighting spirit, by the end of the war 25,000 men had passed through the Commando course at Achnacarry. The Commandos reached a wartime strength of over 30 units and four assault brigades, and served in all theatres of war from the Arctic Circle to Europe, the Mediterranean, the Middle East, and South-East Asia. The ranks of The Commandos also included not only British volunteers, but men from Greece, France, Belgium, Netherlands, Norway, and Poland.

Commandos cross a river on a ‘toggle bridge’ under simulated artillery fire, at the Commando training depot at Achnacarry. Photo courtesy of the Imperial War Museum collections.

The United States Army Rangers of WWII were modelled on the Commandos, and the modern Royal Marine Commandos, Parachute Regiment, Special Air Service and Special Boat Service also trace their origins to The Commandos. The Commando legacy also extends to the modern-day French Naval commandos, Dutch Korps Commandotroepen, Belgian Para-commando Brigade, the Greek 1st Raider/Paratrooper Brigade. When the United States Army Special Forces were created during the Cold War, they chose the wartime green beret as their distinctive unit headgear in a deliberate nod to The Commandos. 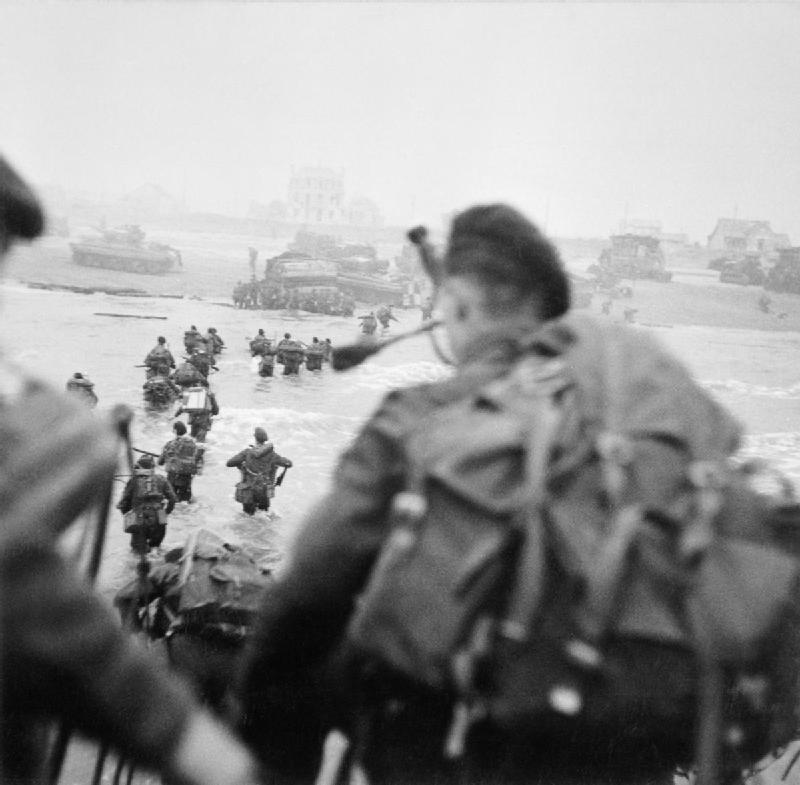 British 2nd Army: Commandos of 1st Special Service Brigade landing from an LCI(S) (Landing Craft Infantry Small) on ‘Queen Red’ Beach, SWORD Area, at la Breche, at approximately 8.40 am, 6 June. The brigade commander, Brigadier the Lord Lovat DSO MC, can be seen striding through the water to the right of the column of men. The figure nearest the camera is the brigade’s bagpiper, Piper Bill Millin. Photo courtesy of the Imperial War Museum collections.

During the war, the green beret was issued to troops that had successfully undertaken and completed the Commando Course – whether from the British Army or the Royal Navy. The beret was also the same for men and Officers alike, and the Commando cap badge was worn above the left eye. 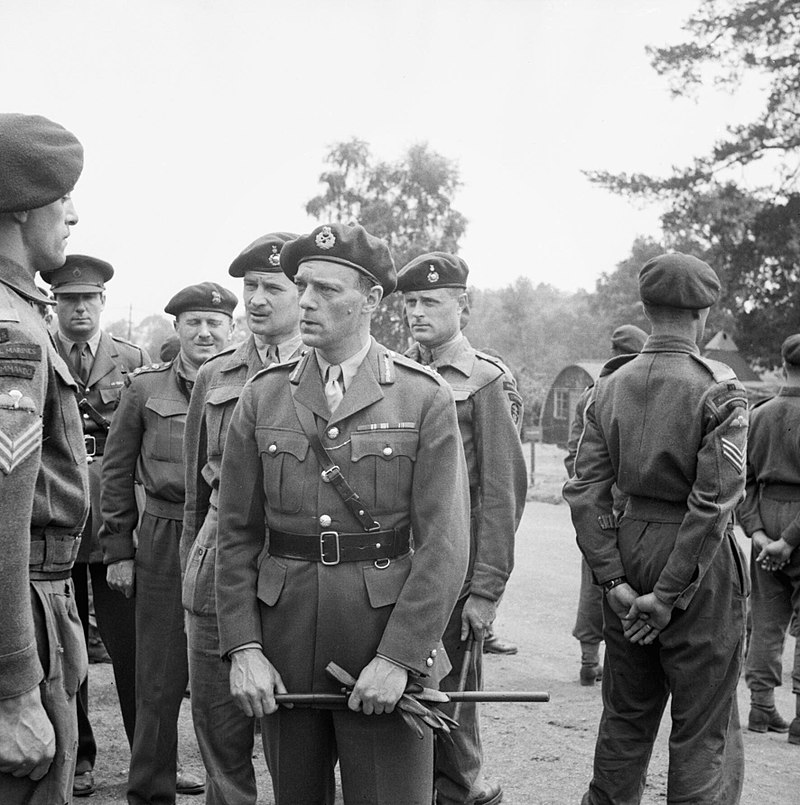 The Old Time Design Company has fashioned their recreation exactly from an original wartime-dated beret. No detail has been left to chance; even the leather eyelet vent has been hand sewn as per the originals, and the berets are even manufactured using period machinery and techniques, ensuring the weave, size and shape is exactly to 1940s standards. 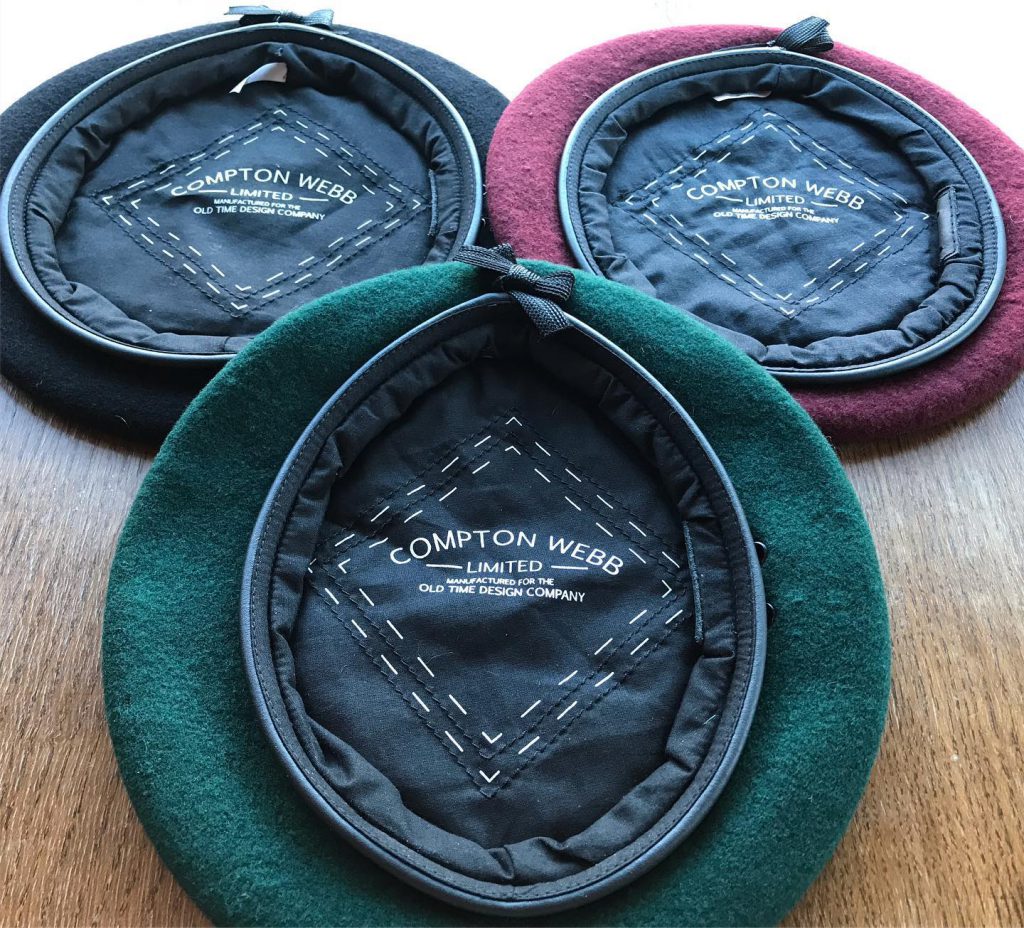